In 2004, Habanos S.A. began releasing exclusive cigars for the Habanos-licensed La Casa del Habano retailers. While they are usually limited to one or two different cigars a year, they are only sold in the just over 150 La Casa del Habano stores around the world. When the program started, the cigars were just different vitolas produced in unlimited quantities, but since 2011, the policy has shifted to each release being a limited production.

Here is what I said about the Royal Robusto in my original review back in March 2013:

I don’t mind saying that I was getting a bit annoyed with Habanos S.A. after smoking mostly ERs for the last month or so and finding almost nothing more than average to below average profiles. Thankfully, the H. Upmann Royal Robusto has reinstated my faith with a profile that is extremely smooth, wonderfully complex, a great finish and excellent construction, the burn in the first third notwithstanding. They are great to smoke now and if you can find some, I would not hesitate to try one or more immediately and put some down to age as well, as they will only get better in my opinion. One of the best limited Cuban releases I have smoked in quite a while.

Like its brothers in the same box from the original review, this Royal Robusto is covered in a dark cinnamon brown wrapper that features just a touch of tooth, along with a bit of oil. There are some veins present, but they are few and far between, and the cigar has just the right amount of resistance when squeezed. Aroma coming off of the wrapper is a combination of strong sweet hay, manure, barnyard, leather and dark chocolate while the cold draw brings flavors of strong oak, orange citrus, leather, espresso and slight white pepper.

The Royal Robusto starts off immediately with strong flavors of cedar, dark chocolate, barnyard, hay, lemongrass and leather, along with a very light creamy sweetness on the finish. The retrohale features both white pepper and orange citrus, each complimenting the other quite nicely. At first, the sweetness in the profile is almost light enough to wonder if it is a figment of my imagination, but by the start of the second third, the note becomes more defined, reminding me strongly of vanilla beans. The second third features many of the same flavors, but also has a combination of creamy leather and dark cocoa that has become the dominant flavors in the profile, and remains that way until the end of the cigar. 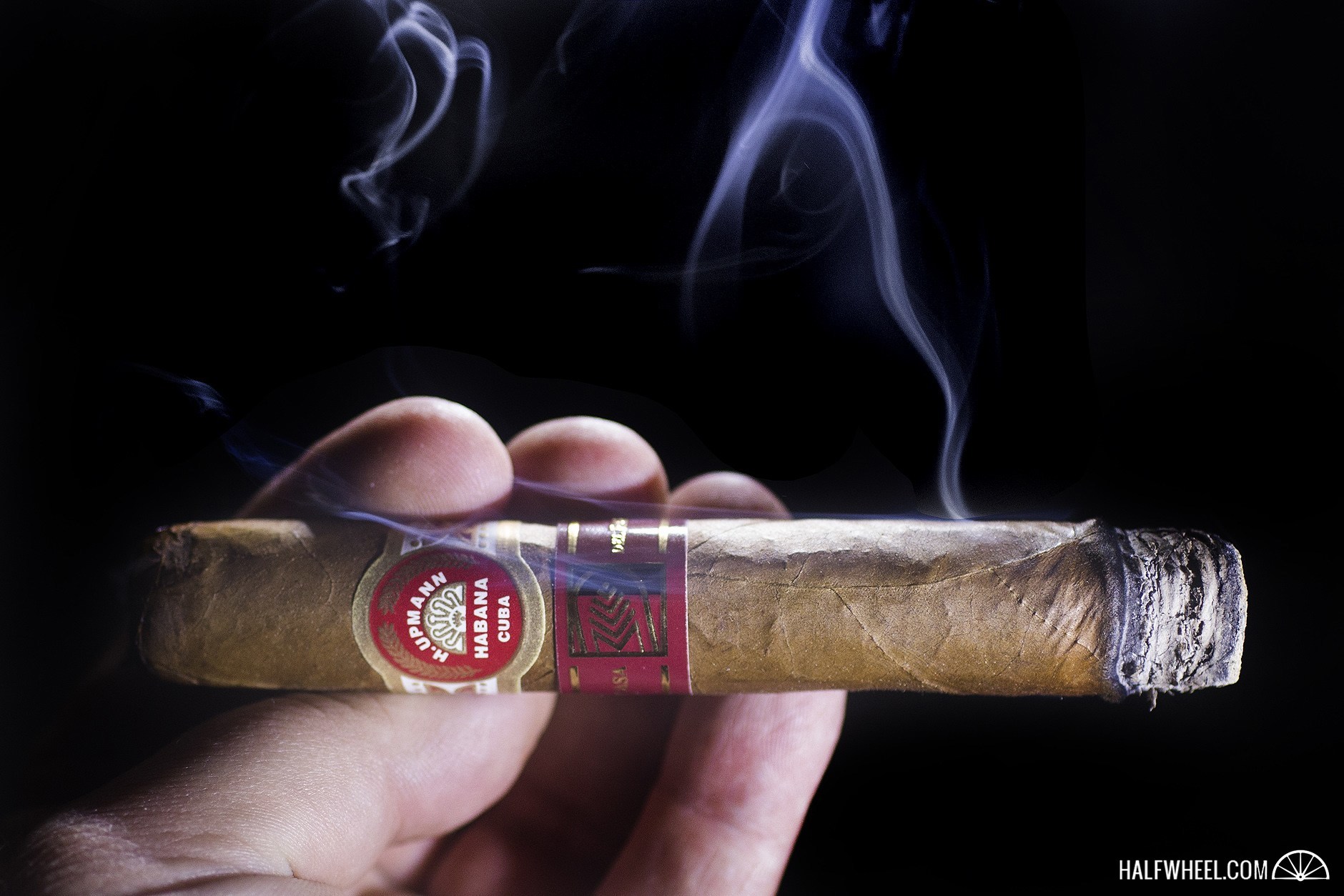 Construction-wise, the Royal Robusto is on point, with an excellent draw and a razor-sharp burn line for the entire smoke, along with a copious amount of thick, white smoke. The overall strength starts out fairly light, but quickly ramps up to a solid medium by the middle of the cigar, although it never threatens to go beyond that point. The final smoking time was one hour and 10 minutes, and I put down the nub with less than an inch left.

I really liked the H. Upmann Royal Robusto the first time I smoked it, and put a few away to see what a little time would do to them. Thankfully, they have gotten even better, albeit not miles above where they were three years ago. The combination of lemongrass citrus, dark chocolate, cedar and barnyard is classic Cuban, and the flavors are balanced very well, not only with each other, but also with the white pepper that is present on the retrohale. Interestingly, the honey sweetness in the profile from the first review was nowhere to be seen, but has been replaced with a vanilla bean sweetness that more than makes up for it. This is one of the good ones that has only gotten better, and I wish I had more of them to smoke.