Habanos, S.A. has announced the fifth installment to its line of aged cigars, the H. Upmann Robustos Añejados, which is scheduled to be available at retail outlets around the world in the coming weeks.

As with the four previous releases, this is size not found in the regular H. Upmann line, measuring 4 9/10 inches (124mm) in length with a 50 ring gauge and being offered in 25-count boxes. 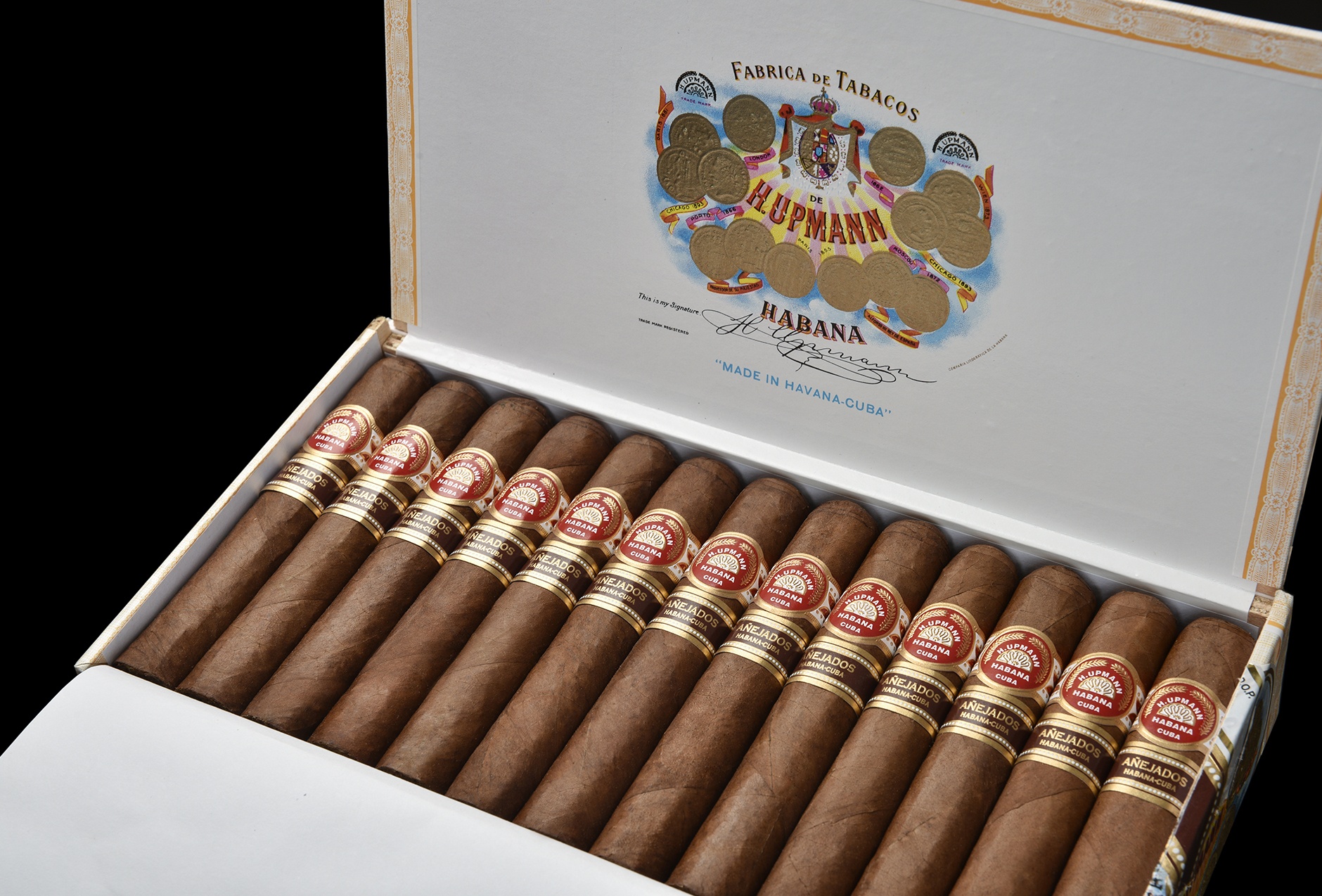 After rolling it gets at least five years of aging, which Habanos says allows the cigars to gain complexity without losing their original characteristics, making them “rounder and mellower to the palate, getting touches of wood taste thanks to the years of rest with the cedar protecting it.”

The H. Upmann Robustos Añejados builds on the aged cigar concept introduced in 2015 when the Romeo y Julieta Pirámides Añejados and Montecristo Churchills Añejados were launched. They were followed by the Partagás Coronas Gordas Añejados and Hoyo de Monterrey Hermosos No. 4 in 2016. The Añejados releases are rolled and then placed in unlabeled boxes, only to be dressed when the cigars are ready for market.

Each cigar gets two bands, the standard band of the marca and a secondary Añejados band, while the bottom the box gets stamped with the date the cigars we made, as well as with a revisado date, or when the cigars were checked.

The only other times H. Upmann has seen this robusto vitola was in 2008 when it was launchedin a travel humidor exclusively designed for duty free and travel retail channels, and again in 2012 as one of that year’s Edición Limitada releases.