Two years ago, Altadis U.S.A. released a new H. Upmann line called The Banker. The idea behind it was that they wanted to recreate a blend that H. Upmann founder and banker Herman Upmann created, put away in vaults and only gave to special clients.

In April, the line was expanded with a special release called Ingot The Banker Private Holding. A limited release, the Ingot is packaged in a box that looks like a gold bar, and features a gold foil wrap covering the majority of the cigar. 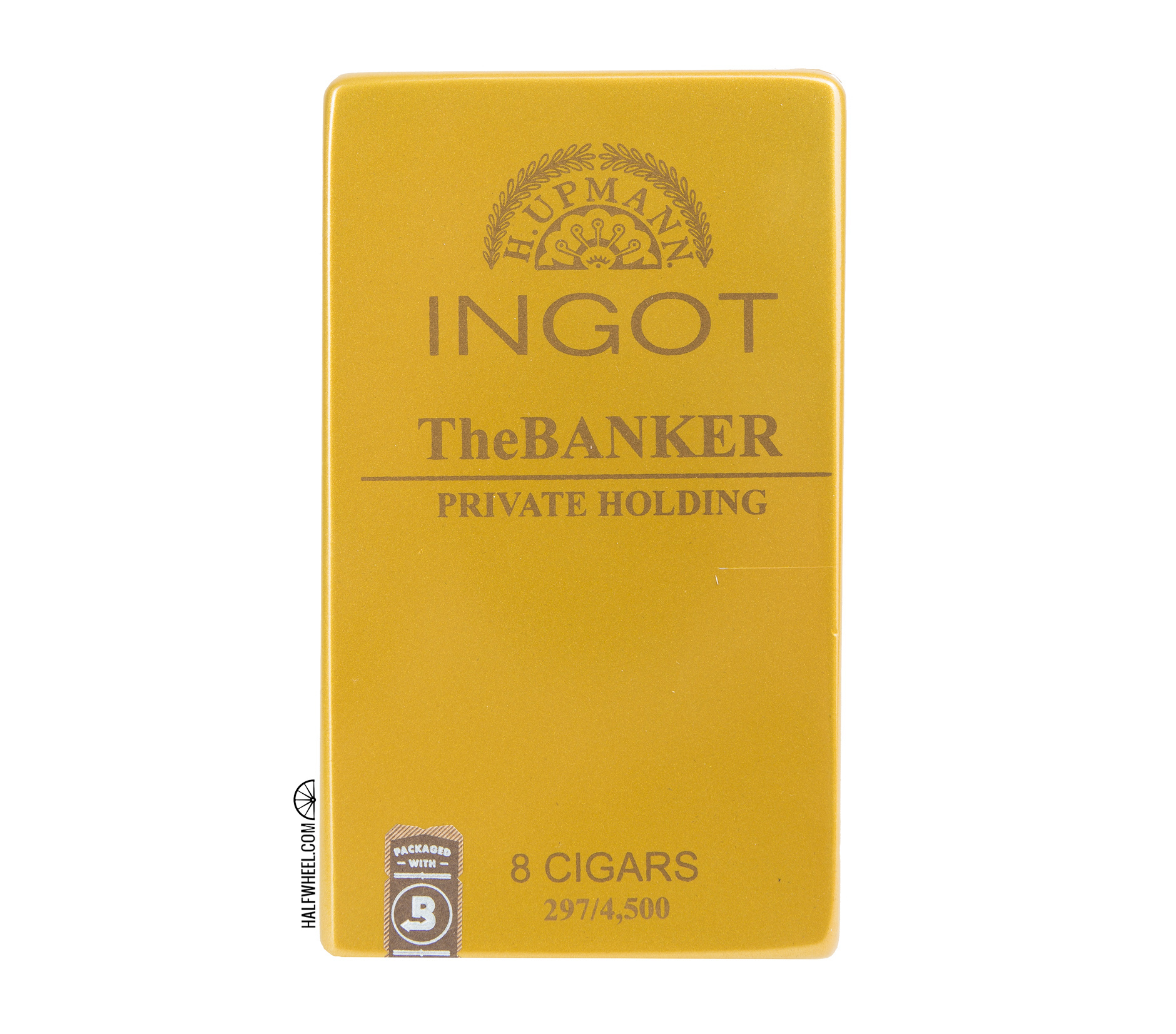 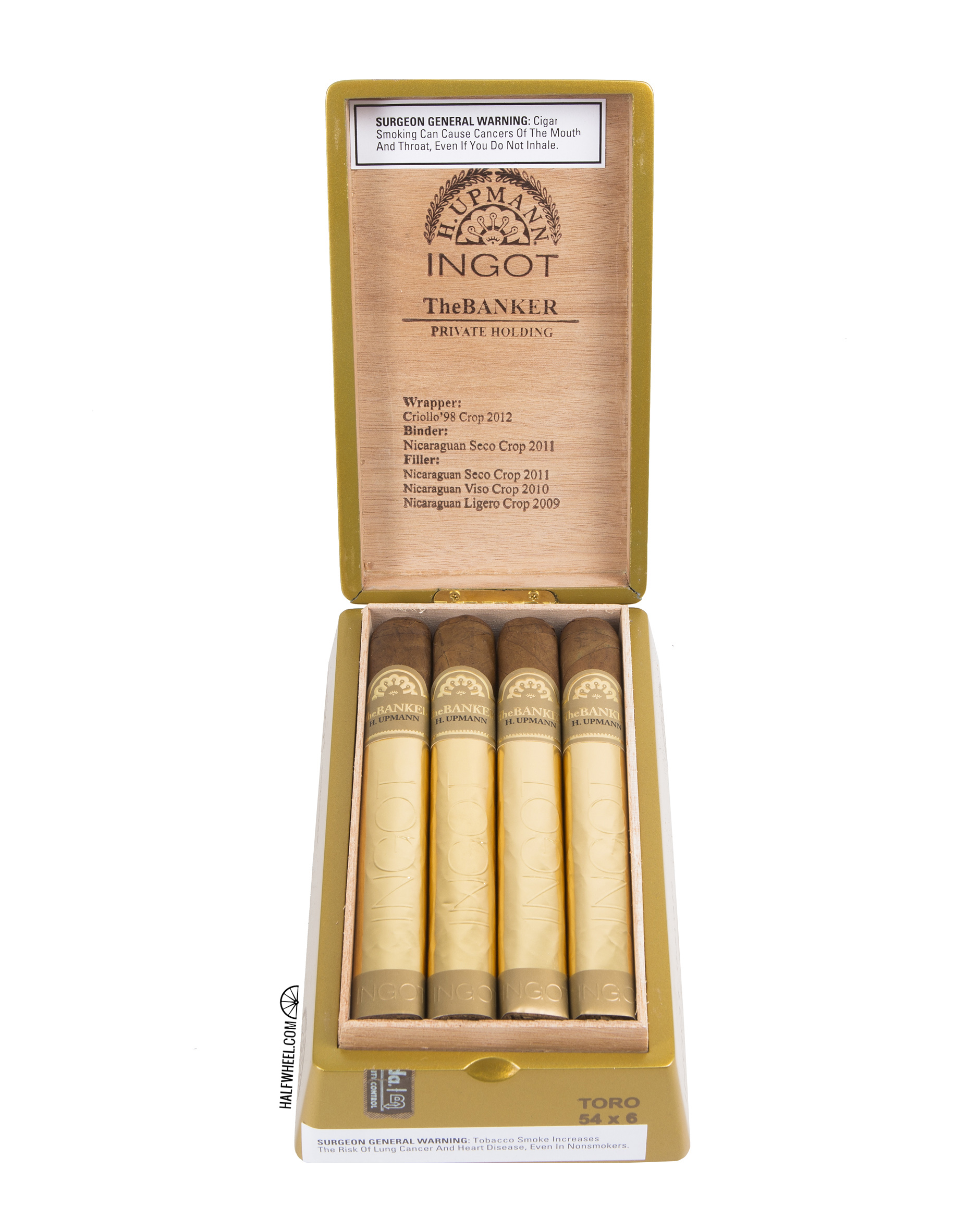 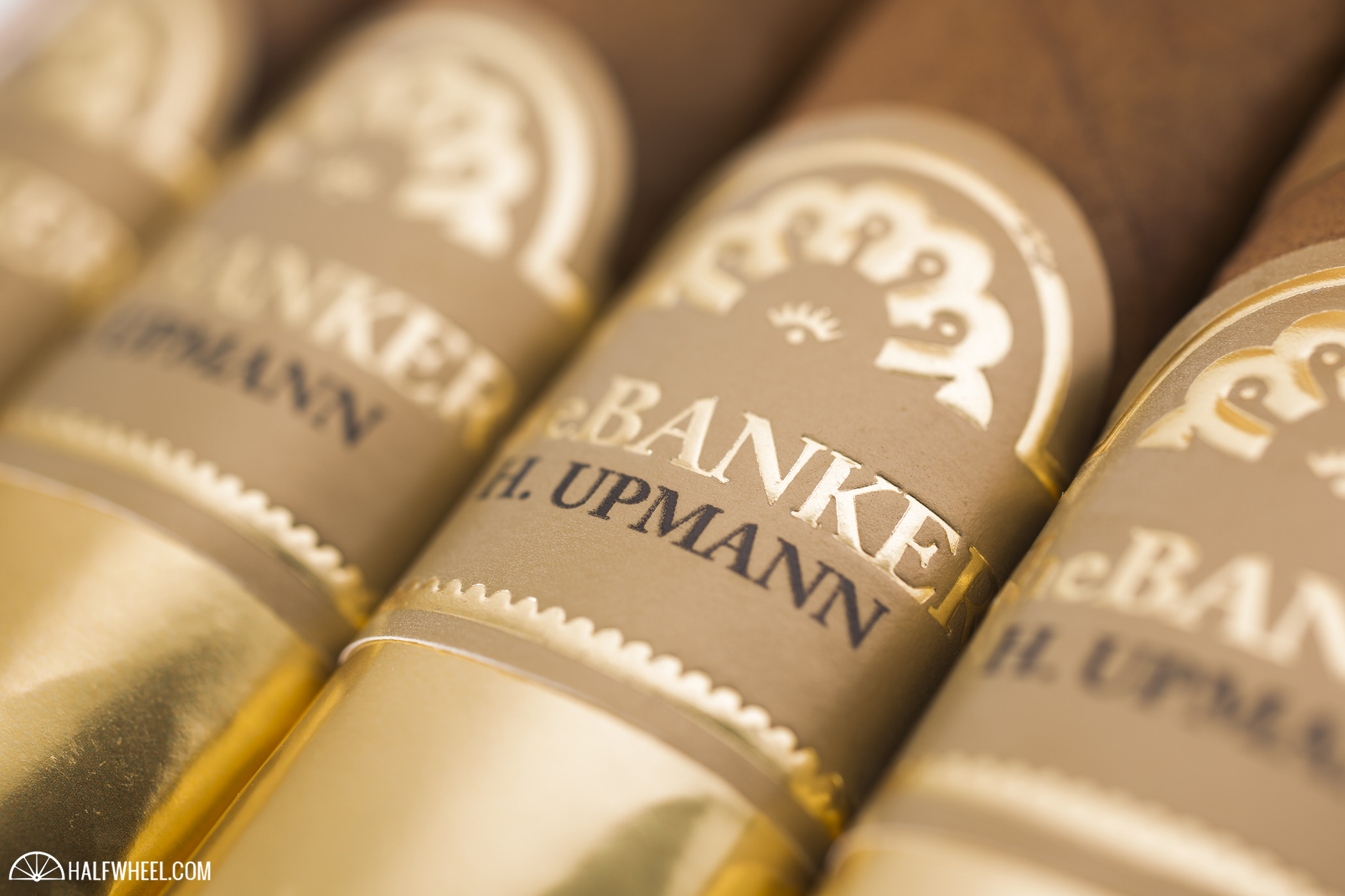 While the main The Banker line has three sizes, the Ingot is only being released in one size—a 6 x 54 toro and is a significantly different blend, using specific tobacco vintages that are listed on the inside of the box lid. 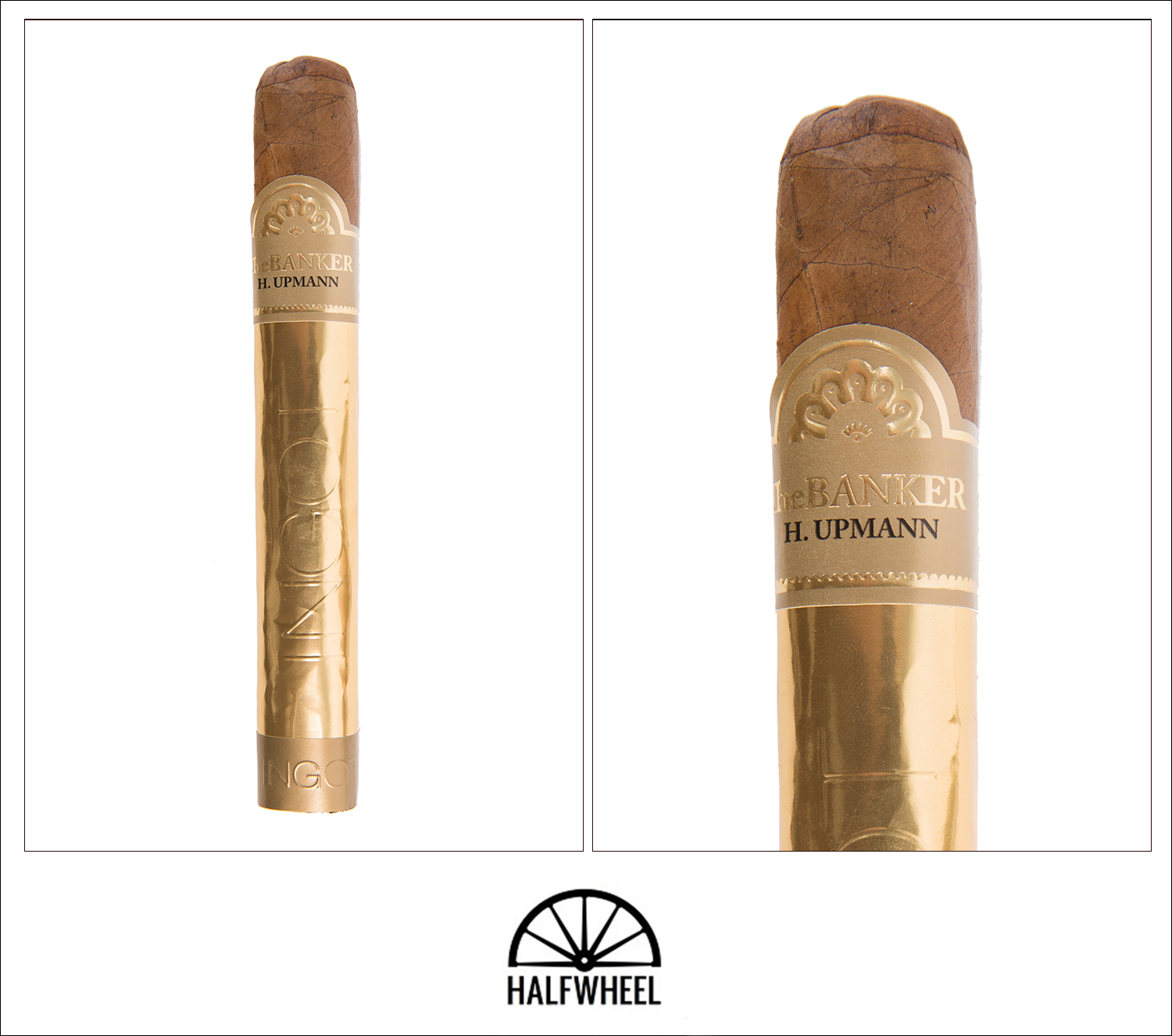 While only a little bit of the cigar sticks out of the band and gold foil, once the foil is removed I notice a significant change in wrapper coloring from the head to the foot. While that’s not as visually appealing as it could be, it is a very pleasant tactile experience, having one of the softest wrappers I can remember feeling in recent history—reminding me more of velvet and silk than anything else. There is a little bit more give in the cigar than I would like, with the foot feeling and looking like it is slightly under filled. Dark rich fruit aromas of plums and raisins are the first thing I notice off the wrapper, with hints of spice and vanilla trailing after. The cold draw is very interesting, almost spot on Chips Ahoy chocolate cookies—kind of a mass produced, slightly chemical flavor, but mostly chocolate chip cookie.

Starting the first third, that somewhat artificial, slightly chemical taste from the cold draw translates into the lit profile, with a hearty helping of spices next to it, followed by some woodsy cedar and a bit of cocoa. The burn isn’t the best right out of the gate, with a few slight runs here and there, but overall it isn’t too bad. I do notice pretty early on that I’m picking a strangely high number of pieces of tobacco off my tongue, which I hope slows down. While the ash is holding on well, it isn’t very dense and is pretty constantly sprinkling bits of ash on my lap. Only an inch in and I’ve had to do my first touch up, which wasn’t too much of a surprise, though I was holding out hope it would correct itself. Thankfully the artificial-chemical taste to the profile has died down a little, allowing the spice, cedar and cocoa to start to shine a bit brighter. 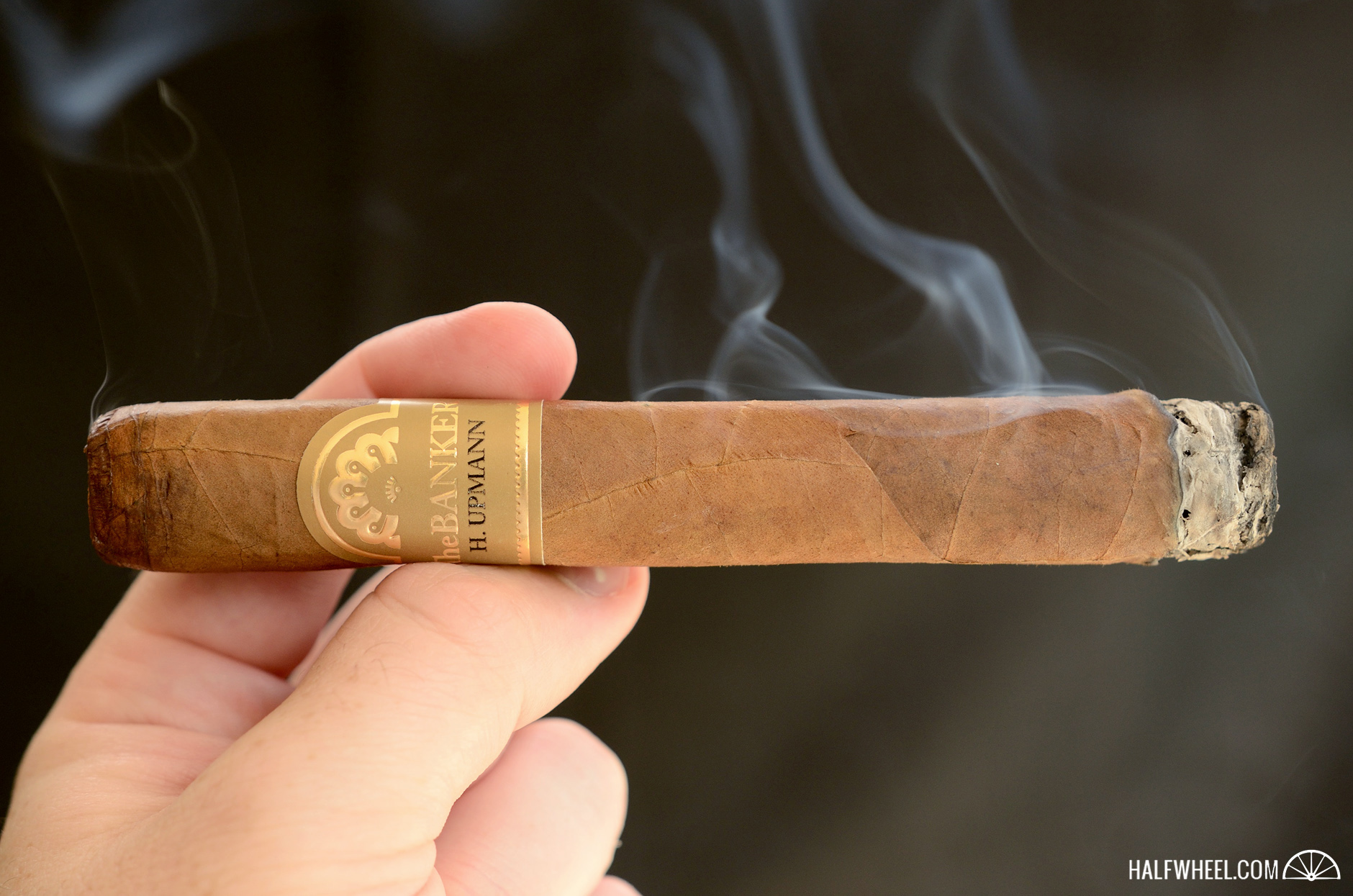 By the beginning of the second third, the chemical taste has all but disappeared, letting the spice note grow and continue to dominate up front. Light black pepper has shown up in the background, joining the cedar, and cocoa. The Ingot’s burn has continued to confound me, mostly going out and needing a relight. Ash continues to flake off everywhere, while the bits of tobacco keep showing up in my mouth. Luckily, despite all these construction problems, the profile has started to shape up to be quite nice. Becoming a bit more sweet, the profile is still lead by a rich spice note, with a growing pepper, mild cedar and cocoa following behind. 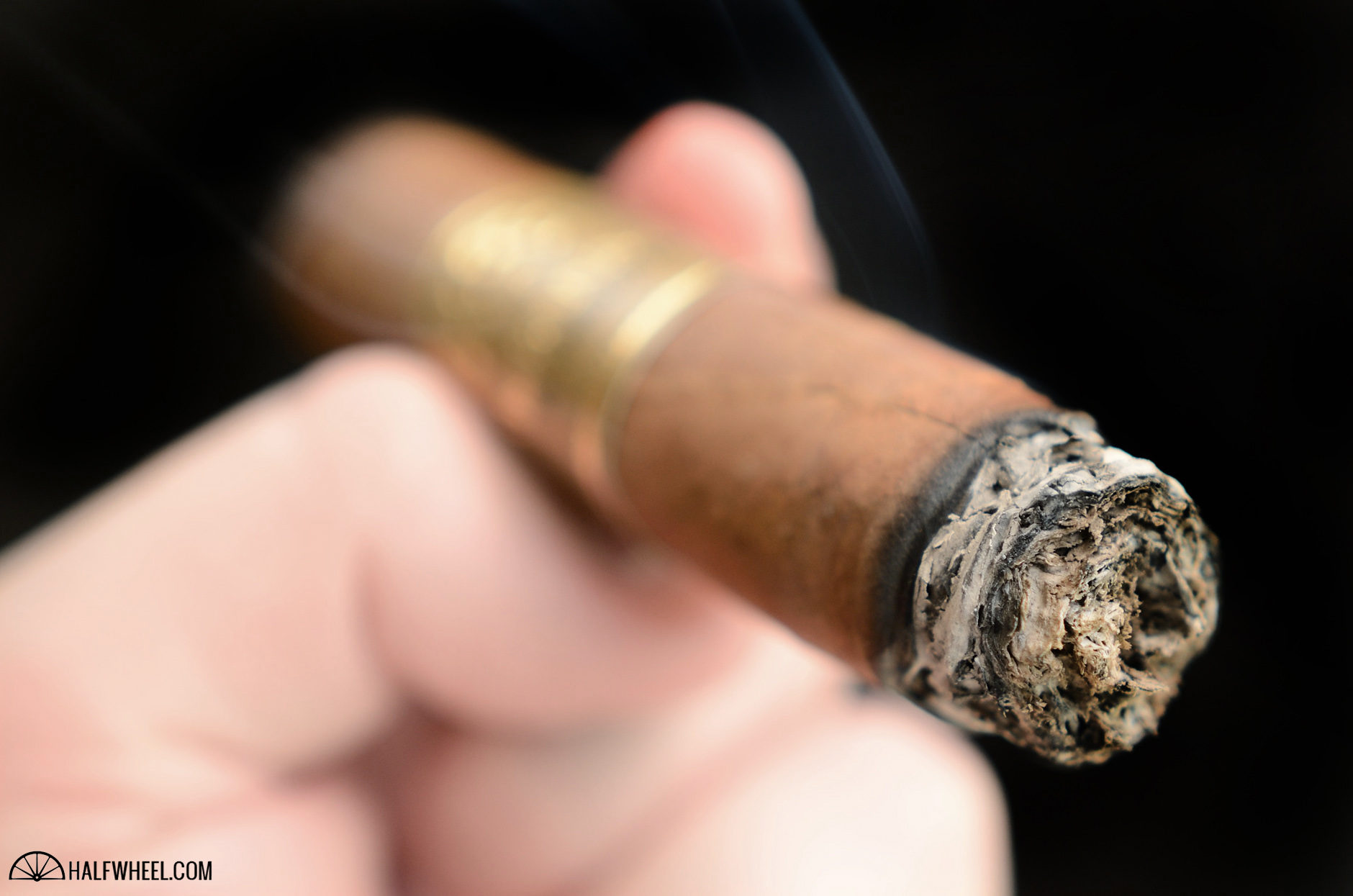 The final third sees more of the same sweet spice, some black pepper, fading cedar and still just a touch of cocoa. Unfortunately the burn of the Ingot is continuing its trend of disappointment, requiring another relight. Loose tobacco pieces are still working their way out, continuing what has seemed to be a near constant job of picking them out of my mouth. With another touch up, the profile has taken a significant down turn, becoming somewhat harsh and bitter, though the same spices, pepper, and cedar are still present. 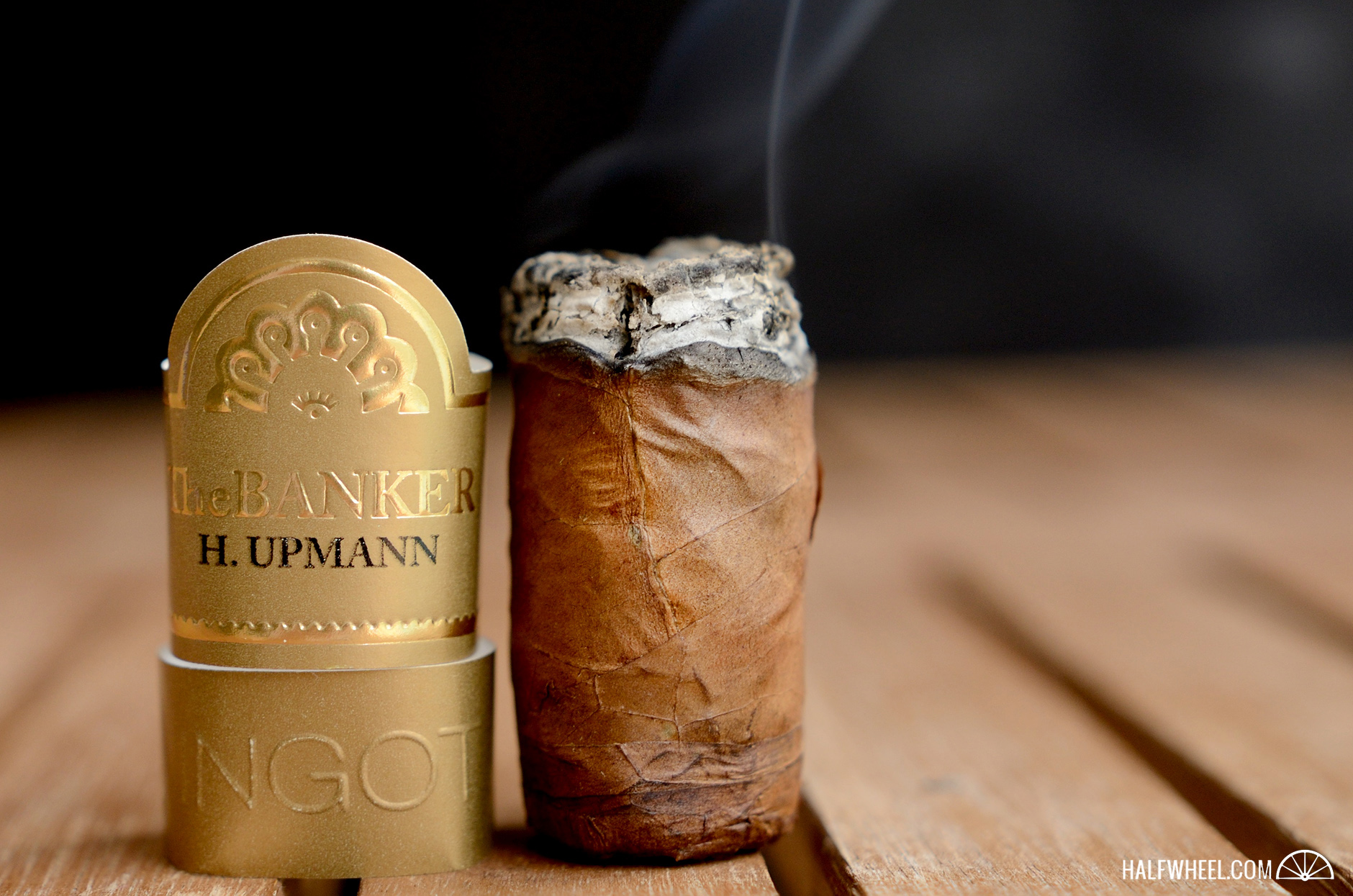 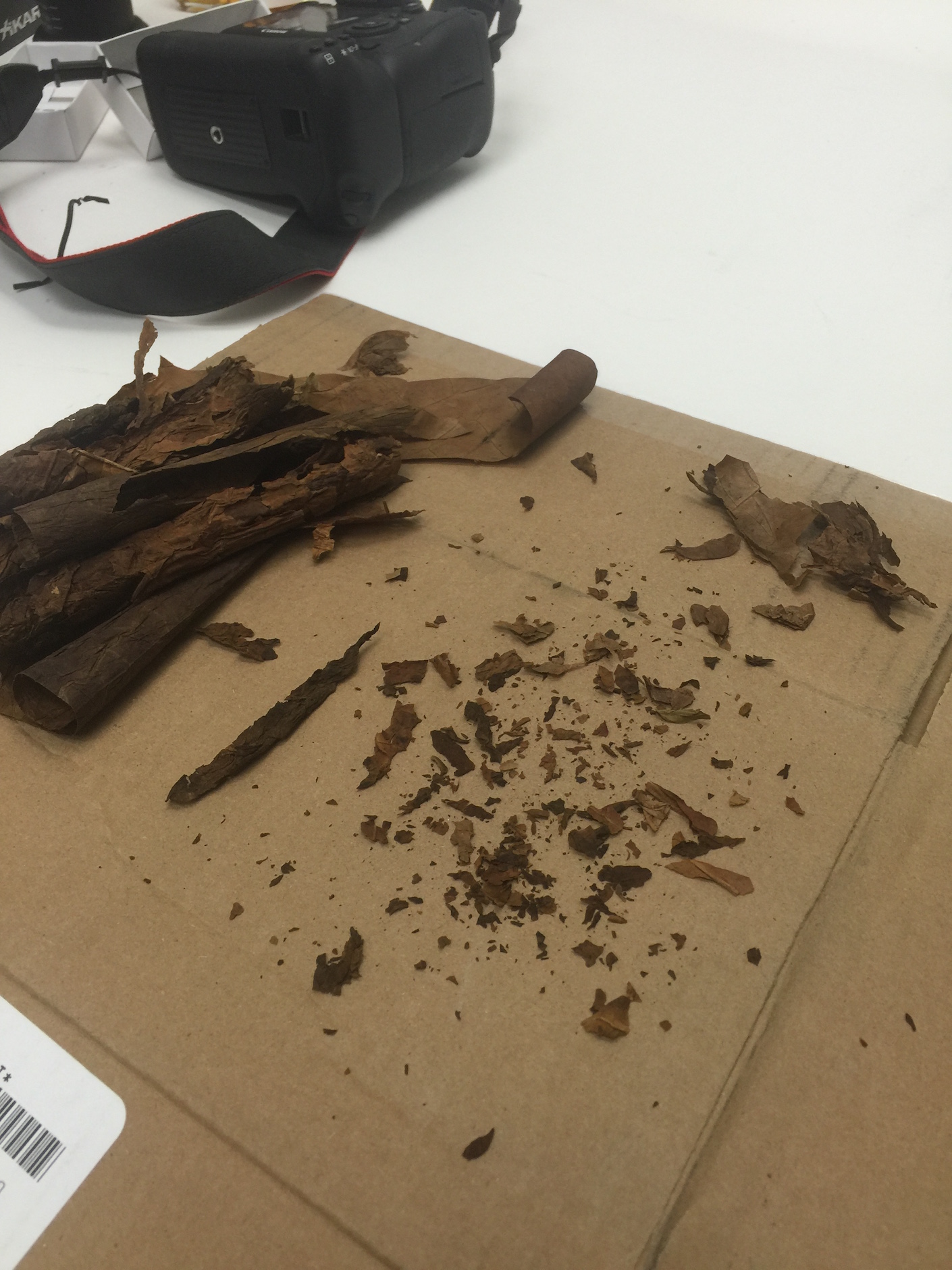 I’m not a huge fan of the original The Banker blend, while it wasn’t necessarily bad, it just isn’t my cup of tea, so I was curious to see what the new blend for the Ingot The Banker Private Holding was like. Starting out the slight chemical taste wasn’t the best, but the rest of the profile held promises of something that could really shine. In the second third I saw what the blend could really do, and I was impressed with it. Unfortunately the almost constant construction issues turned the experience into something less than pleasant, and the relights and touch ups really took the final third down a road I didn’t want to go. Perhaps the cigar could use some time to rest or maybe there are larger issues. Either way, I doubt I’ll be revisiting this cigar, but if you like The Banker blend, it might be an interesting experience to try it for yourself to see what you think.