There are some cigars that make it clear that they are being released to celebrate something, whether it be an anniversary, birthday, milestone or some other event. Then there are cigars that don’t give you any clue that they are special a release. This cigar falls into the latter category, which is a shame as it—and a secondary cigar—celebrate a very significant birthday of a very significant person in the world of premium cigars.

The H.R. Signature Lancero and H.R. Signature Gran Toro were released in March 2019 in celebration of the 100th anniversary of the birth of Alejandro Robaina, the famed Cuban tobacco grower who remains the only person to have his name used in the brand of a cigar produced by Habanos S.A. He is also the grandfather of Hirochi Robaina, who has been building his own brand in the United States since late 2014.

The two cigars were released as store exclusives to Corona Cigar Co. in Orlando and Fox Cigar Bar in Gilbert and Scottsdale, Ariz., respectively. The Lancero is an ongoing release, released in 20-count bundles, while the Gran Toro would be limited to 500 boxes of 10 cigars produced on an annual basis.

Of note about these cigars is that the company says they have been aging at the La Corona factory in Estelí for several years, the Lancero for two years and the Gran Toro for five years. 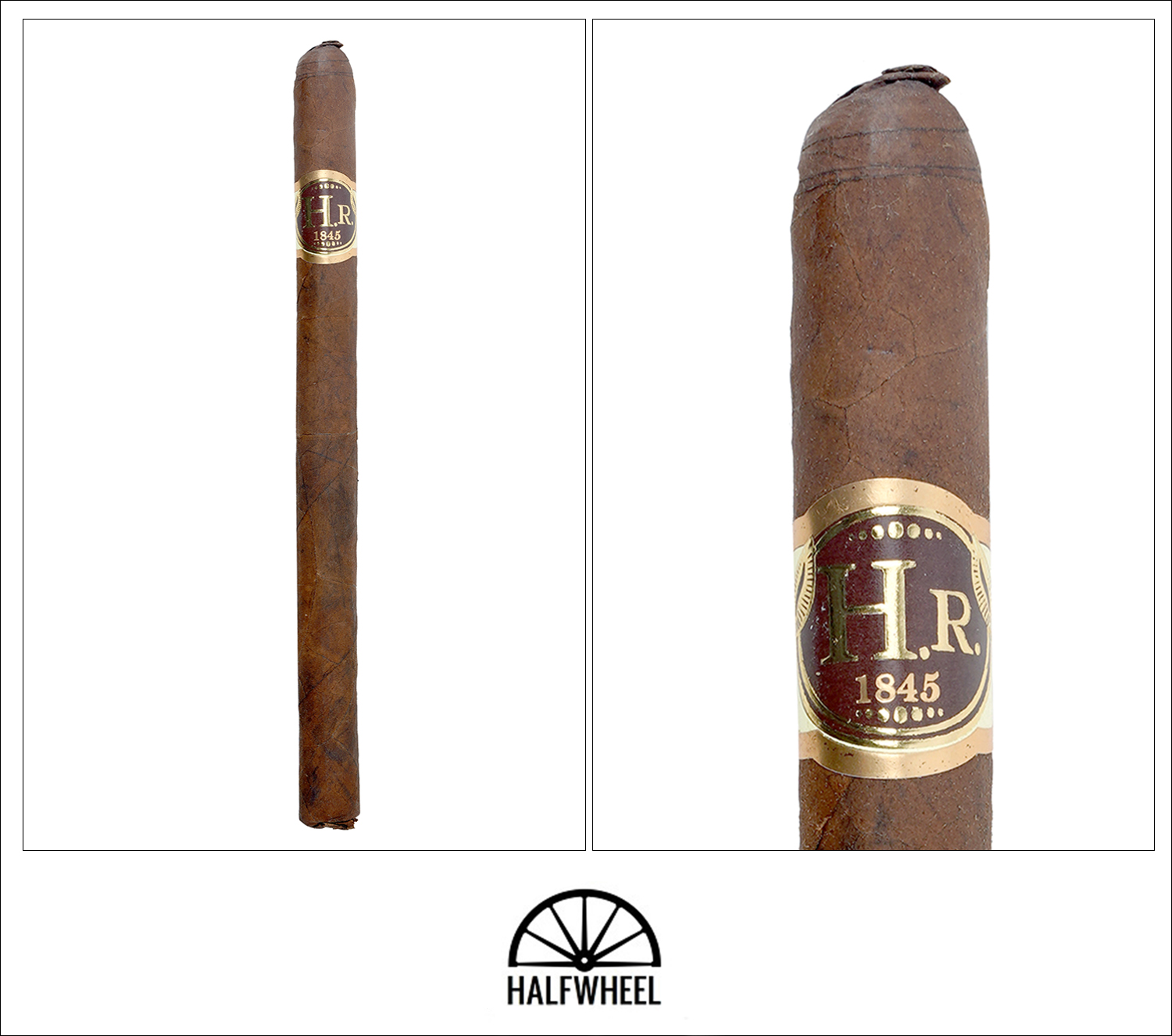 The HR Signature Lancero is an interesting looking cigar; while I love the shape, the wrapper leaf is dark and meaty with a fair amount of mottling and some prominent veins, which seem more prevalent given the small ring gauge. The wrapper has both oiliness and a bit of gritty texture, a combination that I don’t often find on wrappers. Even with what could be considered some distraction from the veins, construction-wise it appears fine, a bit soft when squeezed but otherwise rolled well and finished with a small fantail cap. There are some inconsistencies when it comes to the specific design of the cap, as some are larger and more elaborate while others look like they may have broken off along the way, though that seems to come with the design. Additionally, there is some variance with the covered feet; some are seemingly double-covered, while others have a decent amount of filler visible. The foot of the cigar has a meaty juiciness to it, almost the cooled drippings from a steak but also with a bit more sweetness that can manifest into a cake donut doughiness in some samples. There’s not a lot of pepper to be found initially, but a bit does come in before I move on from the aroma. The cold draw is a bit firm, almost in line what I would have expected given the somewhat spongy feel. I can’t say I get a lot of big flavors from the cigar; there’s a bit of earth and tree bark, both a bit damp out of the gate before yielding to pepper that leans towards red chili flakes but isn’t immediately identifiable. Some samples lean more towards peanuts and cashews with just the slightest bit of saltiness, while one sample has a bright note of tea leaves.

The HR Signature Lancero starts off not far from where the cold draw got the cigar with a slightly damp, slightly juicy combination of earth and bark, though the pepper is now decidedly more familiar as black pepper hits the palate on the draw and white pepper tingles the tongue on the exhale. There’s also a good amount of pepper on the retrohale, full but not overpowering. Overall it’s a medium-plus to medium-full start, with some variance as to how dry it is, and the drier the profile, the more the white pepper stands out and provides a brighter sensation on the palate. It’s a profile that seems to showcase the habano wrapper, letting some of the typical notes of that leaf stand out. By the time the first to small clumps of ash drop off—some of which started flowering pretty decently—the cigar has turned to a much drier profile, which pushes the wood much more forward in the profile, drops a bunch of the earth and bark, and shifts the balance of pepper to about 75 percent white pepper. It’s dialed back the intensity a bit but it still well past the medium mark in terms of flavor. Somewhat flaky ash aside, there are no technical issues either, as there’s a good amount of smoke and the draw and burn are pretty much ideal. 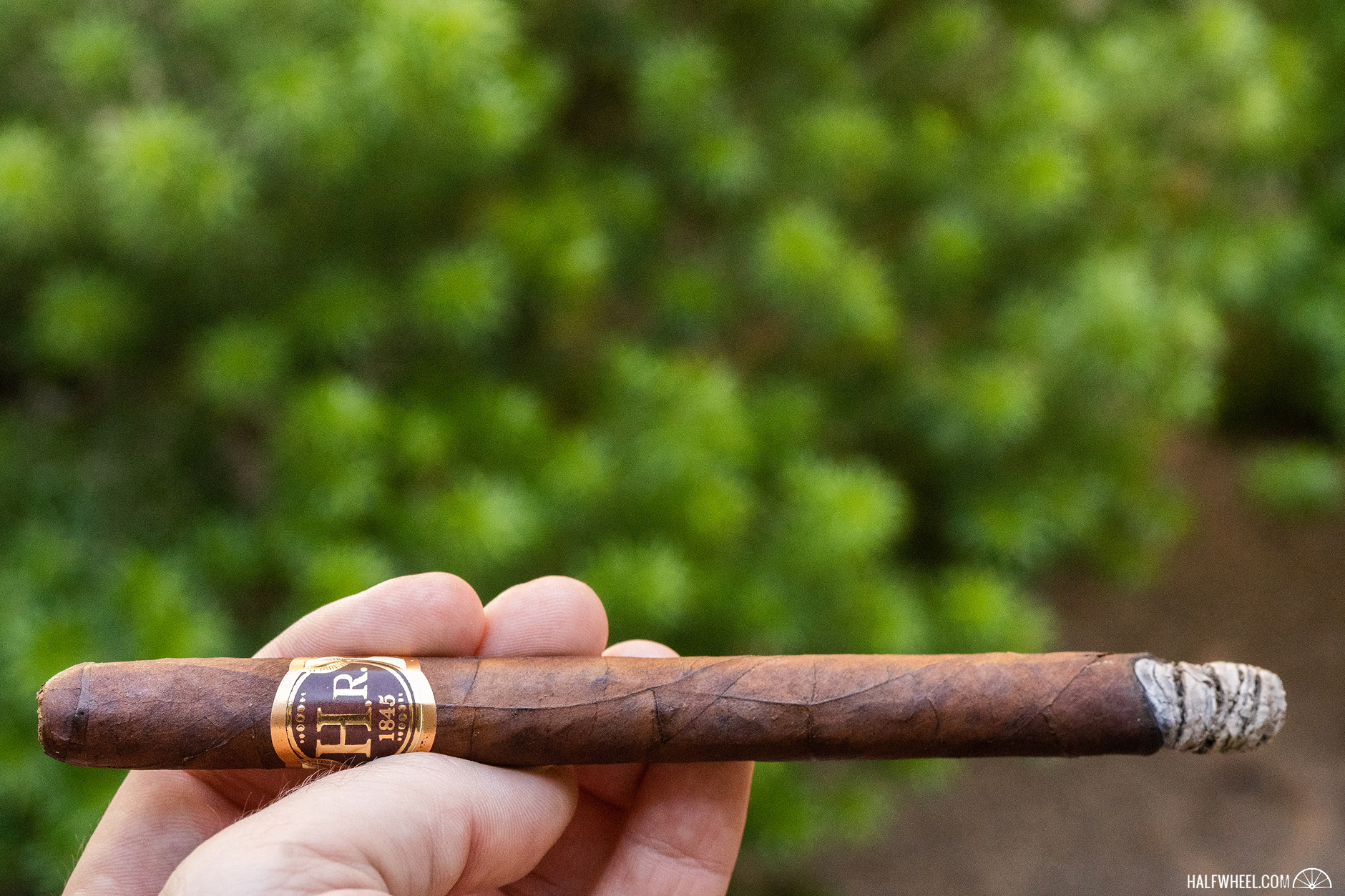 The second third of the HR Signature Lancero sees the some of the juiciness from the first third return to soften some of the crisper edges of the profile, a bit of a Goldilocks progression of flavor with the balance achieved here pretty ideal between the two earlier offerings. If there’s one thing I could take issue with is that the cigar can linger a bit too long on the drier end of the spectrum, and while I’m fine with that for shorter periods of time, the feeling of my tongue drying out—especially in an already hot and dry environment—isn’t one I’m looking to experience any more than absolutely necessary. The pepper component has remained fairly consistent, and I can’t say I want it to get any more intense than it is now as it seems the most likely candidate to throw things out of balance. Through the midway point, the cigar is still habano-leaf forward, which I’m not upset about but find myself looking to get some distinct notes from the Pennsylvania tobacco in the filler, or even just to see when I’m not inclined to think of this as such a habano-forward profile. The profile picks up some more nicotine strength in the back half of the second third, and it seems like the profile may be showing more of the complete blend. It’s kicked up to medium-full in terms of flavor and strength, and while I’m not sure it’s still proper to call it dampness, but the heavier tree bark note has returned. While it gives the cigar some more oomph, it also adds just a touch of sweetness that takes some focus to latch onto but is well worth it. The cigar continues to burn and smoke incredibly well, the draw is just a touch firm but not restricted, while the burn line is even and smoke production is fairly plentiful. 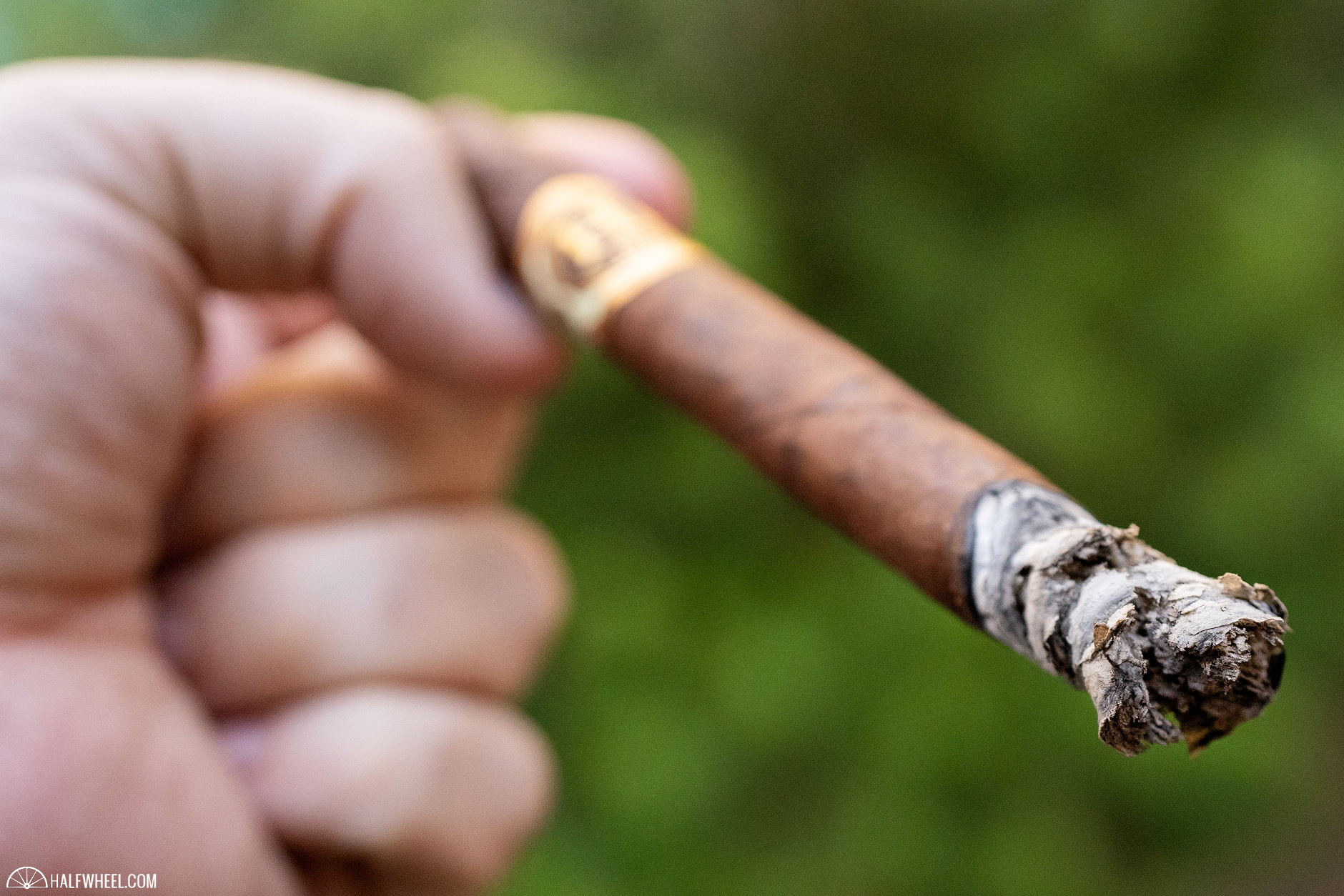 The cigar gets a bit fuller as it enters the final third, as while the flavors of the HR Signature Lancero haven’t changed drastically, it is leaving a more significant and lingering flavor on my tongue. There’s a flavor that is somewhere between black coffee and coffee grounds that enters the equation that seems to be the main driver of this shift, and for as much as I like good coffee, it’s not the greatest addition to the profile. The second sample abruptly jumps away from the coffee flavor to pick up a pretzel note that isn’t quite soft baked and isn’t quite baked to a crisp, an enjoyable and familiar flavor that keeps a bit of salt on the finish. From there, the cigar gets a touch sour and rough on the tip of the tongue, so I try to slow down my puffing but it only seems to help so much. It’s also putting out more nicotine strength than I have felt to this point, which on its own isn’t huge but it does mark another shift in the cigar as the heavier Pennsylvania leaf in the filler seems to be driving more of the show. It’s a full finish for the H.R. Signature Lancero, one that has me slowing down the puffing rate a bit and savoring the strength through the final two inches. All of the technical aspects remain quite good until it’s time to put the cigar down, as I found no issues with burn, draw, construction or smoke production. 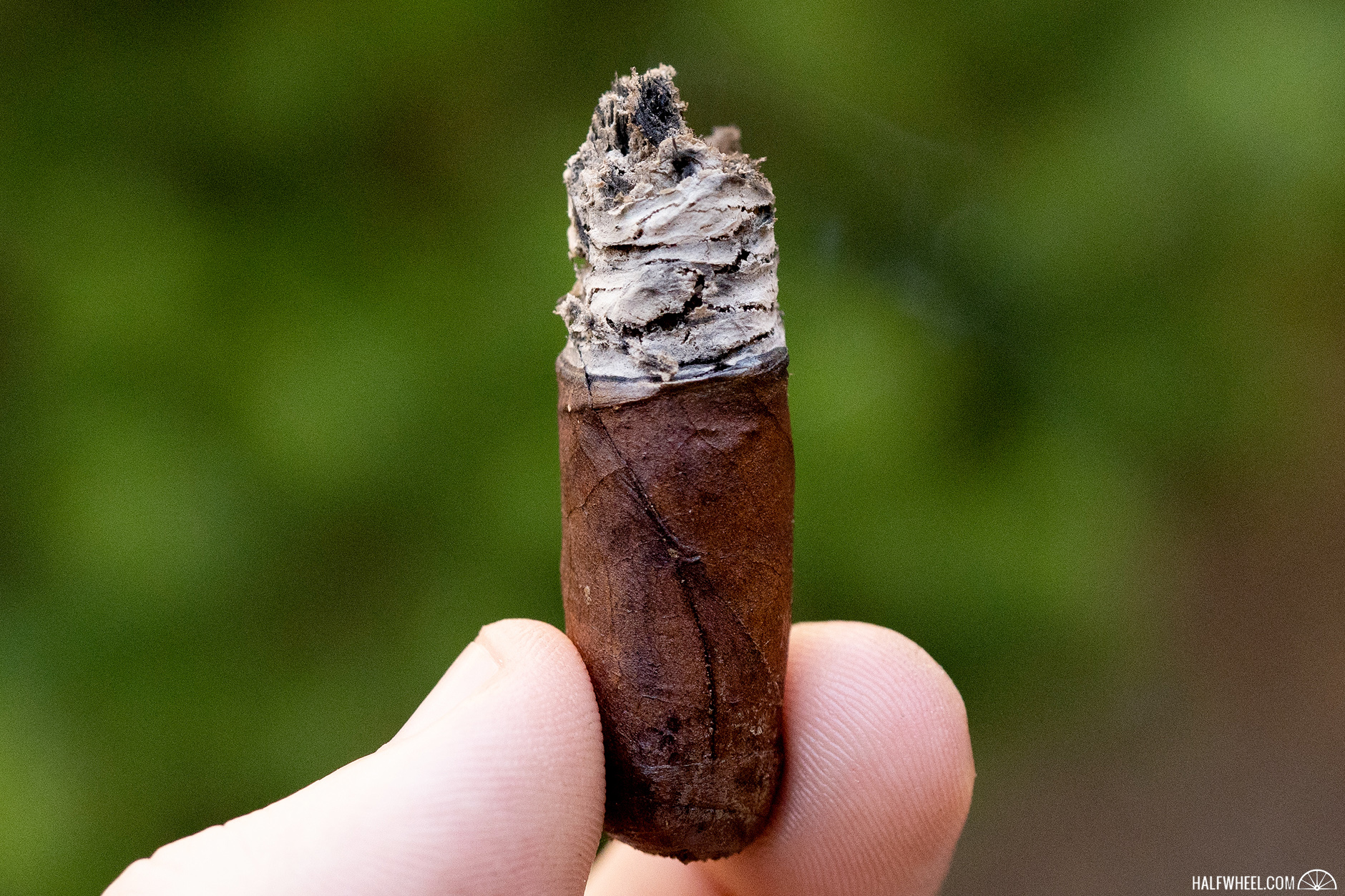 While I didn’t have the opportunity to meet Alejandro Robaina, I am forever grateful for all that he did for the cigar industry and it is wonderful to see his legacy living on through Hirochi. The H.R. Signature Lancero is a very enjoyable cigar befitting a celebration of such a milestone, and even when it gets a bit out of balance in the final third, it is hardly enough to warrant much of a knock on the overall experience the cigar has to offer. As long as you don’t have some innate objection to the lancero vitola, you are almost certainly in for a full-flavored, balanced and occasionally robust smoking experience, one that makes a fitting remembrance and celebration of the lives of one of the true masters of tobacco.