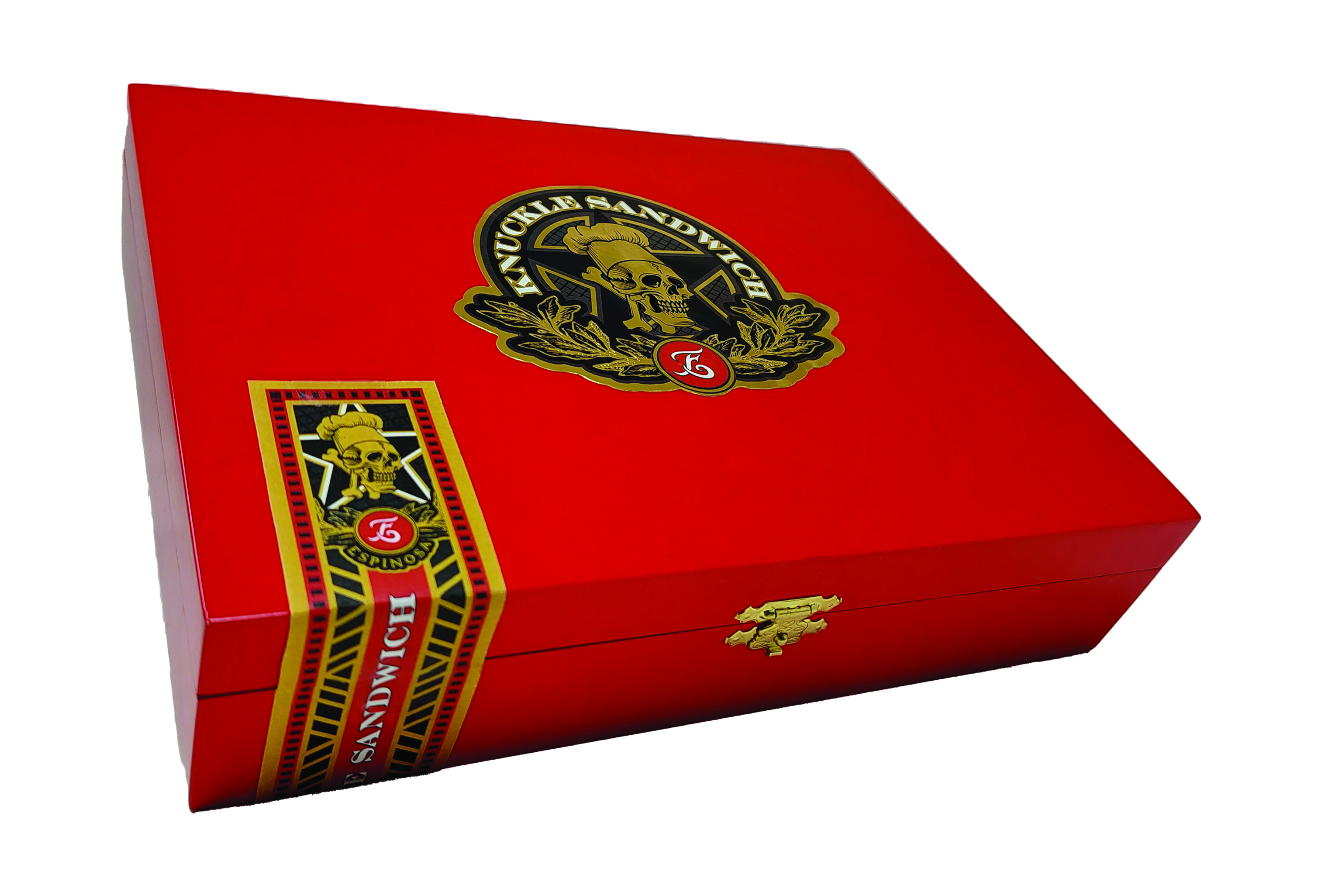 Celebrity chef and restaurateur Guy Fieri is getting into the cigar business, and he’s doing so by teaming up with Espinosa Premium Cigars to create Knuckle Sandwich Cigars.

In early January, social media posts began to suggest that Fieri and Espinosa were working together, though a video posted to Facebook featuring Fieri indicated the cigars would be debuting in February. While a source familiar with the project told halfwheel that there will be two blends released, one of which will be a habano-based blend, while the other is based around a maduro wrapper, we now know much more about the project. 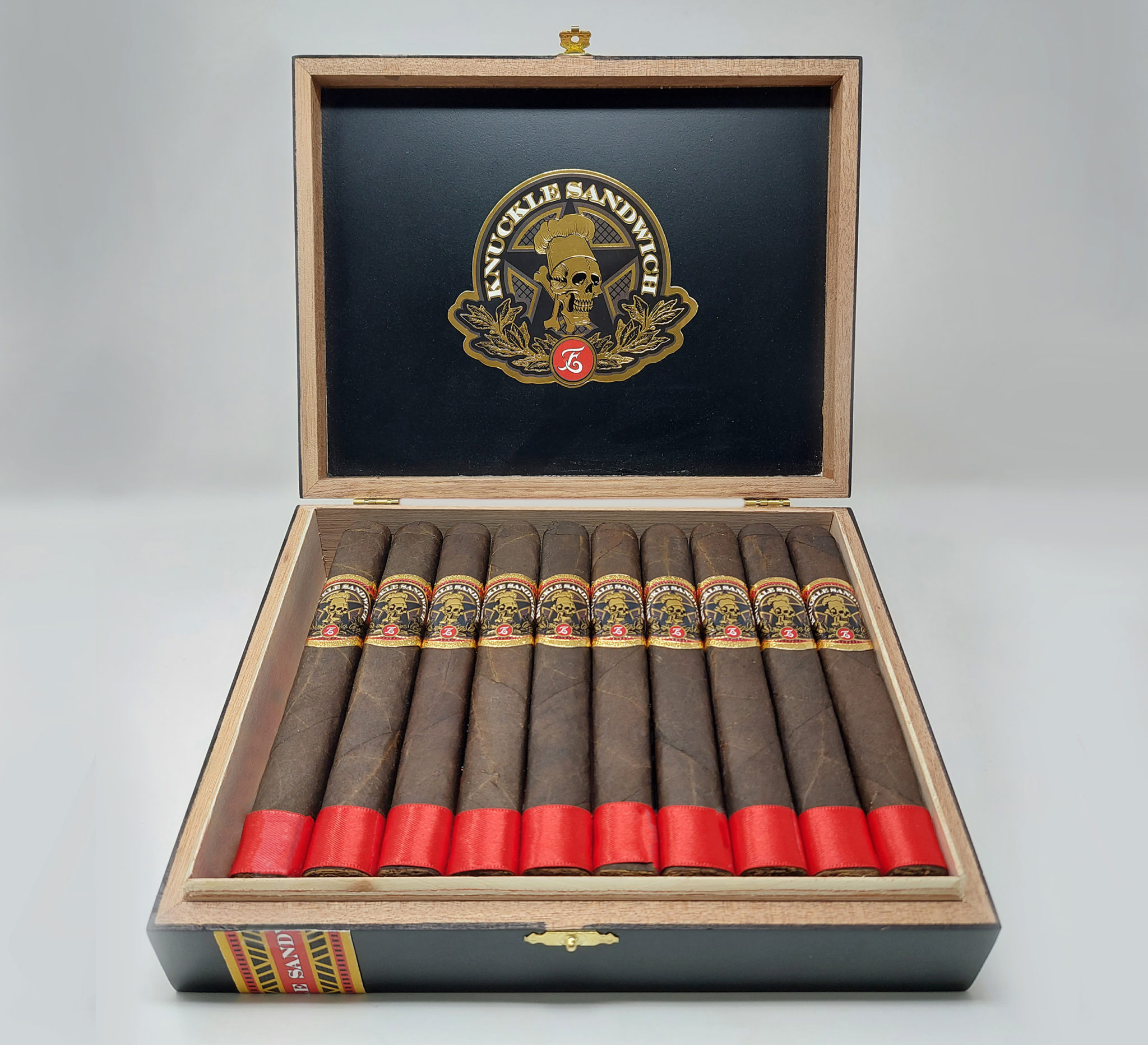 There will indeed be two lines, the Knuckle Sandwich Habano and Knuckle Sandwich Maduro. The former uses an Ecuadorian habano wrapper and wears a black foot ribbon, while the latter uses an Ecuadorian Sumatra wrapper and has a red foot ribbon. Both cigars use Nicaraguan tobacco for the binder and filler and are being produced at AJ Fernandez’s San Lotano factory in Ocatal, Nicaragua. They will be offered in the same three sizes and packing formats, though with slight price differences, and the Habano coming in red boxes while the Maduro is presented in black boxes:

As for the letters that appear after the vitola name, they are nods to significant people in Fieri’s life. 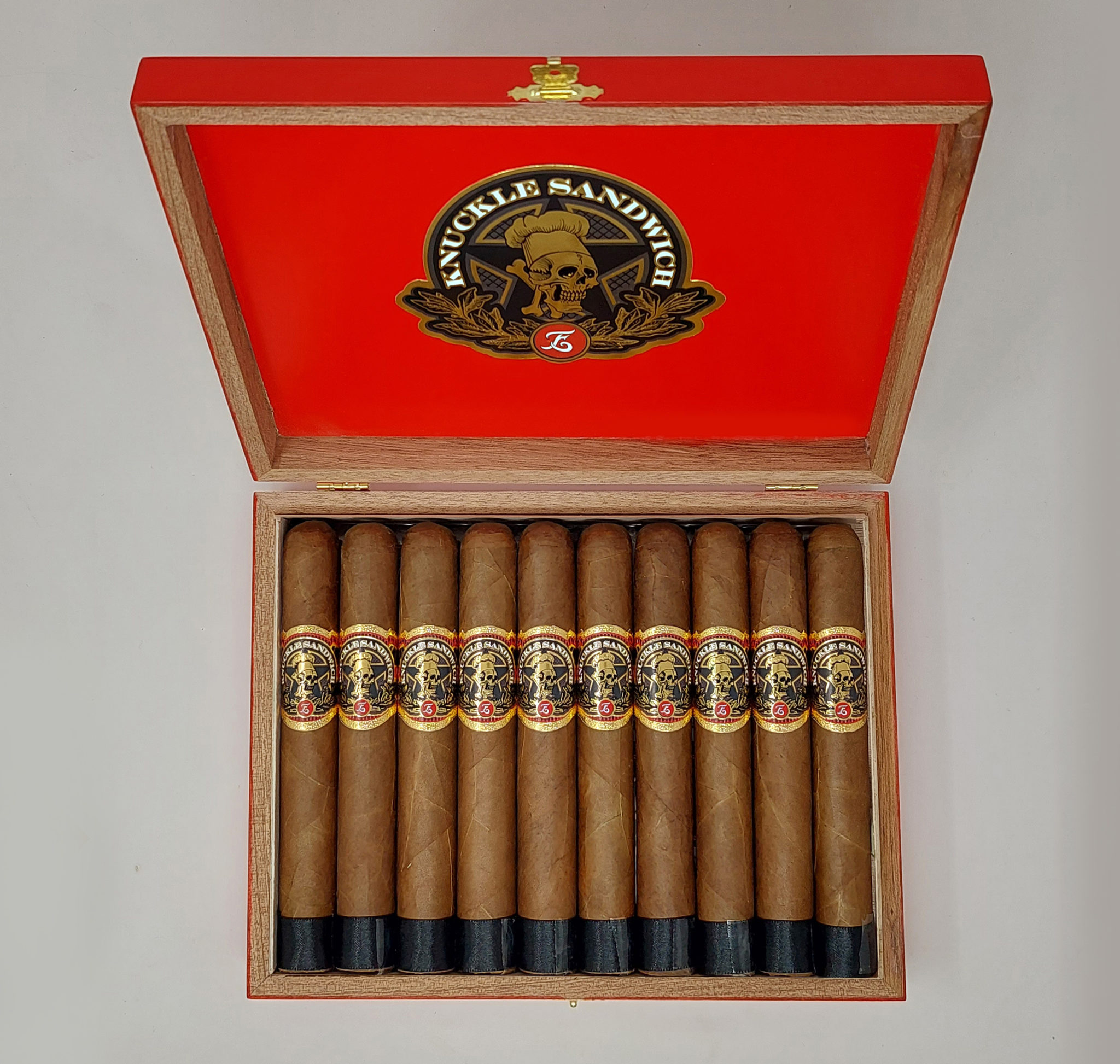 It is a project that has been in the works for approximately 18 months, with Fieri described as being very hands-on in the process. “Guy’s a cigar guy, loves to smoke, and is super excited about this project,” said Erik Espinosa in a press release. “We are very excited with the level of enthusiasm Guy has brought to this project, and we are both looking forward to getting out there and promoting this brand.”

Espinosa Premium Cigars will be handling both sales and distribution of the lines. The cigars will begin shipping to stores in early March, though will get a preview at the South Beach Wine & Food Festival, which happens in Miami Beach, Fla. from Feb. 24-27.

Fieri has long been associated with the Knuckle Sandwich phrase, and in August 2021, a trademark for its use with cigars was filed, with the owning company registered in Petaluma, Calif.

Update (Jan. 19, 2022) — Today, Espinosa Premium Cigars released additional information about the project as well as images, which have been added to the story. This article was originally published on Jan. 4, 2022.