At the beginning of every year, we review seven cigars that we consider to be holy grail. Each and ever year it becomes more and more challenging to do our annual holy grail week. There are still plenty of cigars that meet that qualification, but a high percentage of them are either Cubans, Davidoffs, or Fuentes.

One cigar that was destined was the Gurkha Trump Presidente, a cigar made for the inauguration of President Donald Trump. The cigar was said to be limited to 2,017 examples and most importantly for our holy grail week: it wasn’t going to be sold. Or so we thought.

Come to find out that for $15 you can purchase the cigar from Corona Cigar Co. It’s a massive 8 x 49 cigar with a unique cap that features a slight bump in the center that is covered by the rest of the cap that gives it a pointy look. While we originally were holding off on this review for early January, given that the cigars are for purchase, the review was bumped up, or better bumped out of holy grail week.

To give you some additional background on the Gurkha Trump Presidente, a press release from the company said it “was crafted for President Elect Donald J. Trump to be hand out to friends and colleagues during the Inaugural festivities. The Trump Presidente will not be sold publicly and only 2017 were made to mark such an important year.”

“Cigars are synonymous with celebration and they help mark some of the most special and memorable moments of our lives,” said Kaizad Hansotia, ceo of Gurkha Cigars, in the press release. “It is only fitting that we create Gurkha’s Trump Presidente so that Trump’s closest friends and colleagues can enjoy the best Gurkha has to offer while commemorating the inauguration of the 45th President of the United States.”

The company noted that Hansotia was personally invited to the Inaugural Ball, “and is looking forward to enjoying a Trump Presidente to mark the event.” 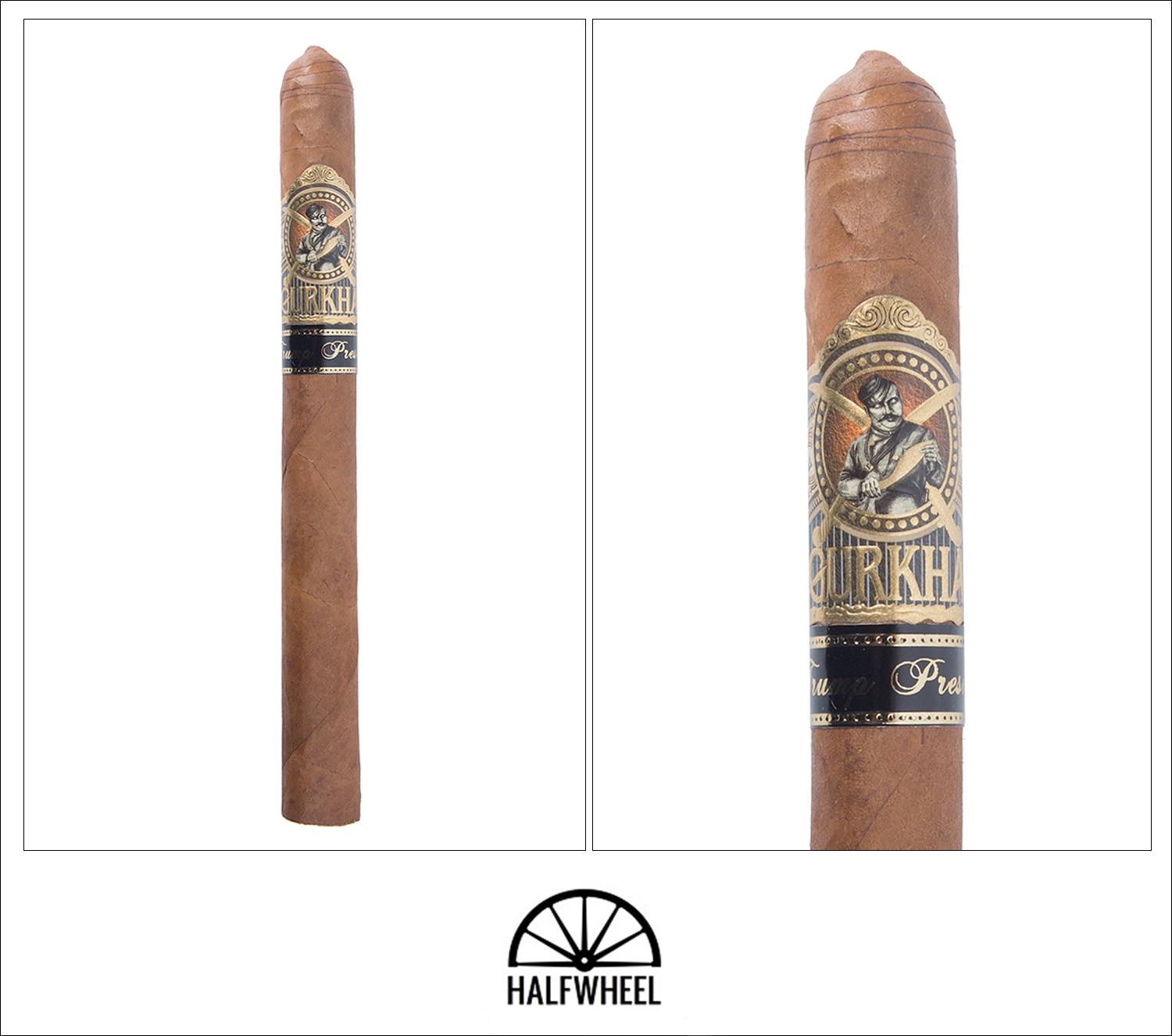 This is a massive cigar and one that has me thankful for the recent string of 70 degree weather we’ve been enjoying in Texas. Whatever your opinions of the nipple cap, it’s a good-looking cigar with an oily wrapper with a fair bit of reds. Aroma off said Ecuadorian wrapper is medium-plus with sweet cocoa. Interestingly, I get two decent whiffs of smell and by the third attempt of the cigar, it’s not very identifiable. From the foot, there’s more sweet cocoa, some cedar and raspberry. The cold draw of the Gurkha is slightly open with cashews, some acidity, cocoa and lots of meaty flavors.

The Gurkha Trump Presidente starts great with cedar over chocolate, acidic leather, and a Pringles-like starchiness. The draw is great, just slightly open for my tastes but probably right where the majority of smokers like it. Flavor-wise, the first third is vibrant with peanuts, woody flavors and a slight pepper on the back. Through the nose there’s orange and lime peel along with some buttermilk creaminess. The only real downside is that the profile is somewhat dry. It’s medium-plus in flavor, full in body and medium in strength. 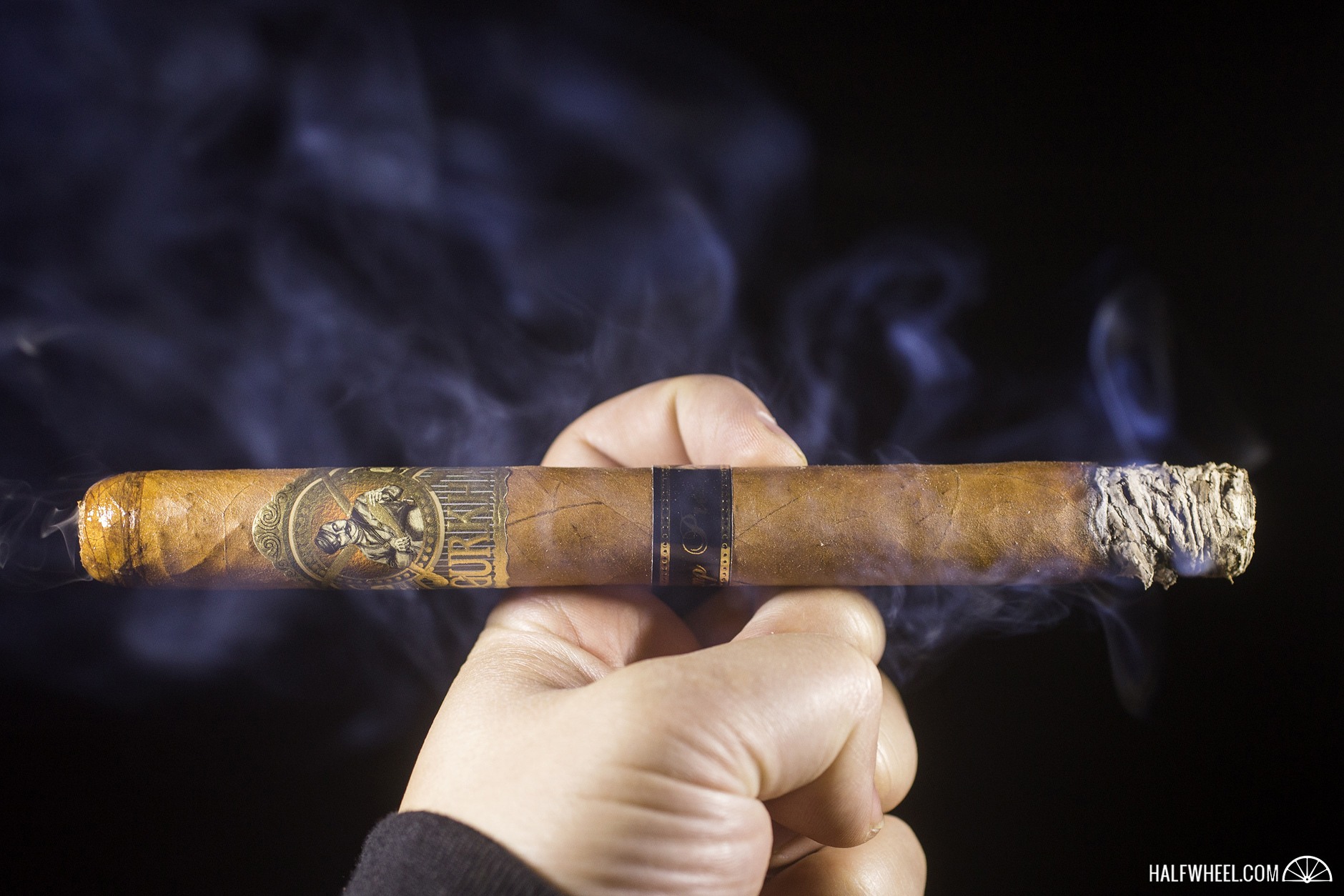 There are some noticeable changes with the lime and then peanuts taking over the core profile. Underneath that is some saltine crackers, woodiness, and an increased amount of black pepper. While I enjoy the flavors, it’s still dry, albeit not as dry as before. Each of the samples I smoke experience varying burn issues in the second third with the worst being an inch of one side of the cigar left unburnt. Flavor is now medium-full while body remains full and strength remains medium. 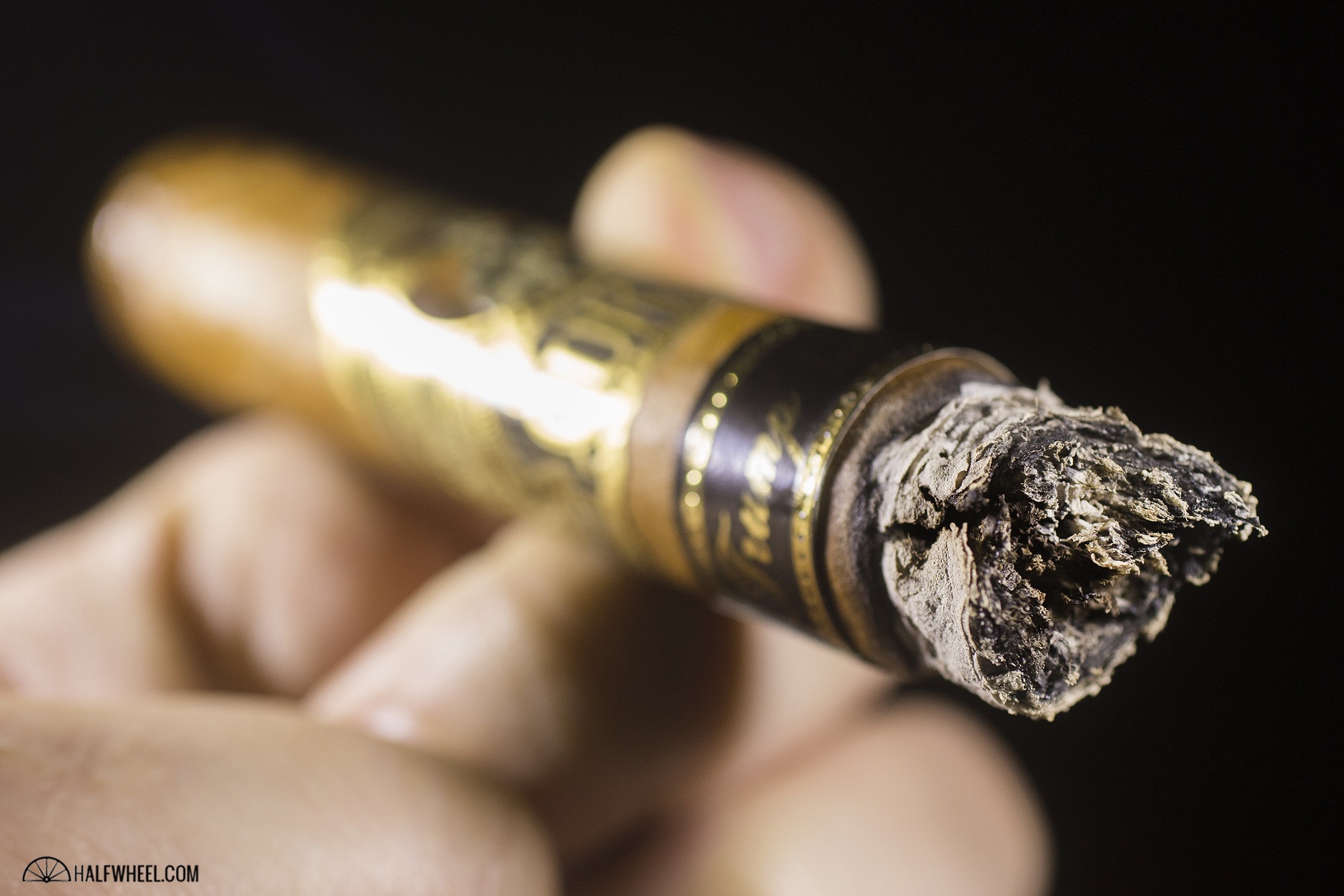 Things take a more dramatic turn in the final third with Ritz crackers dominating on top of some creaminess. Behind that is some earthiness, black pepper, creaminess, and green tea. I once again find the profile a bit dry, though if I was smoking the Gurkha alongside a drink, something I do when recreationally smoke cigars, it wouldn’t be an issue. One sample has a burn issue in the final third, but the others smoke fine until the end. It finishes medium-full in flavor, full in body and still medium in strength. 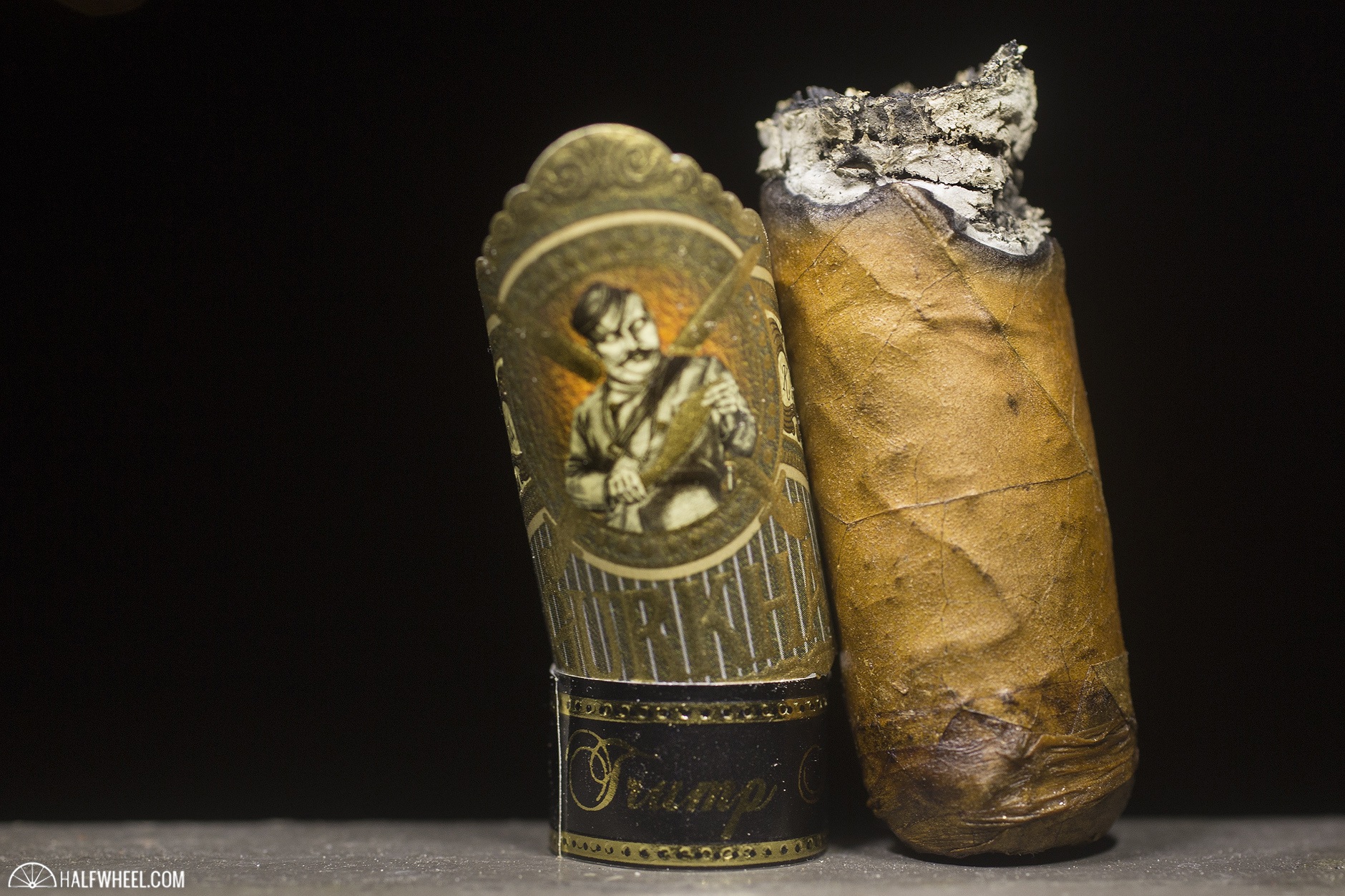 I feel extremely confident in saying that no cigar we’ve ever reviewed has led to more readers making up their minds about the cigar before reading the review than this one. There’s the politics of Trump and the politics of Gurkha. Some will feel naturally inclined to like one band, or perhaps both bands. For others, it’s the complete opposite. Whatever your thoughts are on the bands and the things they are associated with, it’s a decent enough cigar, though I suspect for most, that probably won’t matter.