I know, I know… I promised myself I would try not to review another Gurkha cigar as long as I lived. But then, a BOTL offered to trade a Gurkha Triad Platinum for some sticks he was looking for, so I took him up on it, threw the cigar in the back of one of the Vinos, and forgot about it.

Until recently, when I saw it sitting there, and thought “What the hell!” and decided to take a chance and review it.

The Triad line of cigars by Gurkha is one of those sticks that is released almost solely for the recognition that the brand has a $100 cigar for sale. Of course, Gurkha is known for such cigars (His Majesty’s Reserve, anyone?) and so a cigar like this is not that unusual for them.

The Triad Platinum is incredibly unique and delicious. Unheard of in the cigar industry, The Triad Platinum has a dark and oily 10 year CT Maduro wrapper with amazing spiciness. The 8 year Cameroon Binder gives the Platinum such an overwhelming taste that it will tantalize your palate. Not to be outdone, the 8 year Dominican Binder will just knock your socks off with its complexity. So rare a cigar that only 300 boxes could be made for the World.

And for those wondering, here is what a $2000 box of cigars looks like (Photo by Gurkha): 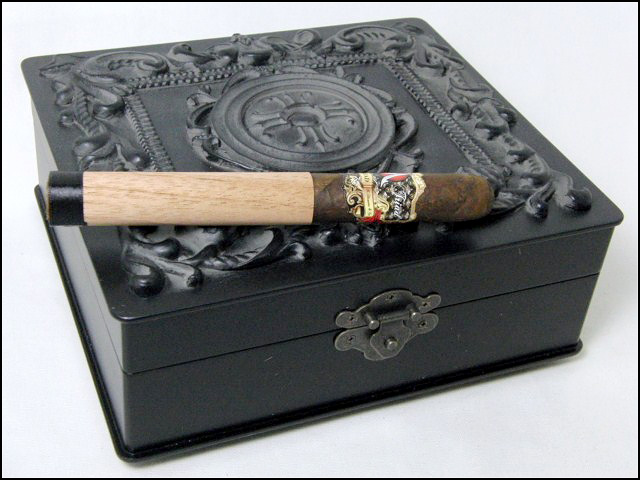 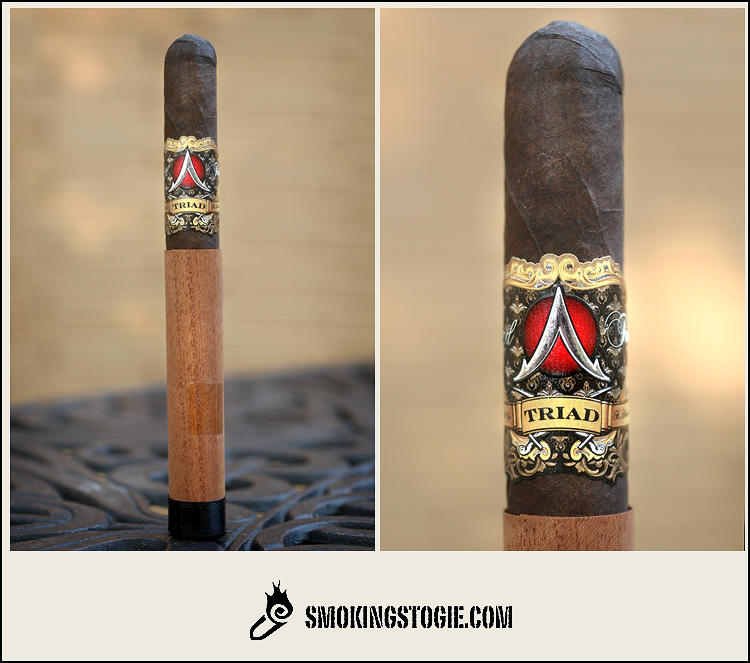 The cigar itself is a very large stick with an almost jet black wrapper that seems just a little too even to my eye. It comes wrapped in a cedar sleeve that has a black ribbon on the bottom. It is extremely hard when squeezed, with almost no give at all. The wrapper has a little too to it, but no oil that I could detect. The wrapper also has almost no scent, just a little sour hay and wood.

The First Third starts out with a sour/bitter woodish note dominant, along with just a tad bit of spice on the lips. I can taste some coffee way in the background, but it is having trouble coming to the forefront. There is just a tiny amount of pepper on the retrohale, but hardly enough to effect anything. 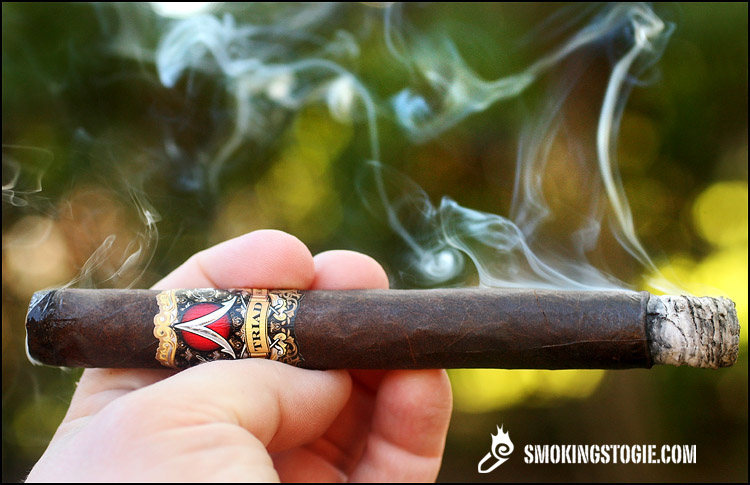 As the Second Third begins, I start to taste an interesting sweet floral note that comes and goes throughout the third. Not enough to really impact the profile, but enough to notice. Sadly, most other flavors I might be able to pick out are overwhelmed by the sourness from the first third that seems to be gaining in strength. 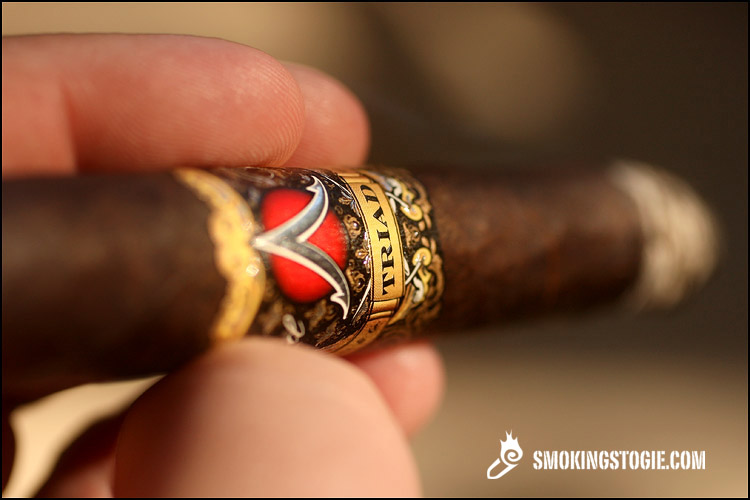 The Final Third was pretty much the same. Almost no spice or pepper (even on the retrohale) and while I could taste some flavors in the background (sweet floral, cedar, coffee and even some dark chocolate), they were almost overwhelmed by the sourness that was a main player in the profile. It did not get hot at the end, and I was able to nub it, sourness not withstanding/ 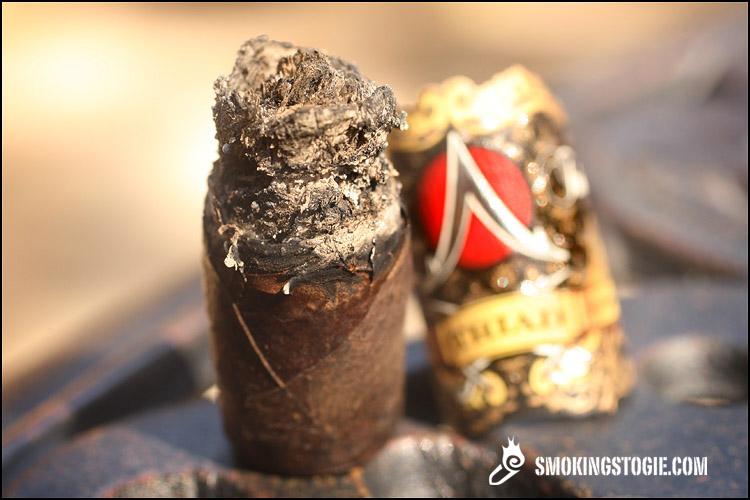 The Bottom Line: This cigar surprised me, not because of how great of a smoke it was, which it was not, but how smokable it was. While not a great cigar by any means, it was an okay smoke that had some okay flavors and decent construction. While I was expecting a horrible experience, what I got instead was just an underwhelming mediocrity. The problem is that the Triad is billed as an Ultra Ultra Ultra Premium smoke, and it falls FAR short of fulfilling that promise. Flavor-wise and construction wise, this is a $4 smoke masquerading as a $100 smoke, and anyone buying one of these thinking they are going to get $100 of enjoyment out of it are fooling themselves and wasting their money.