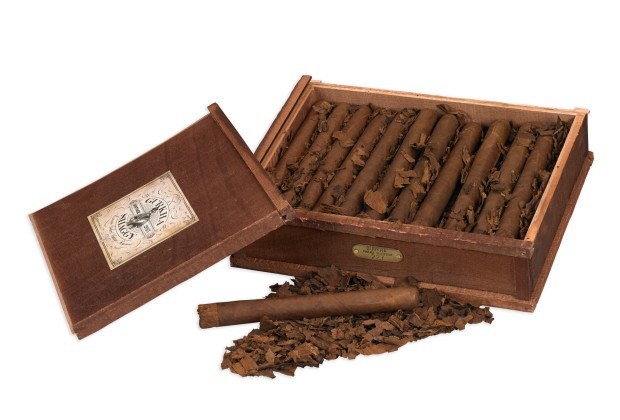 One of the most famous Gurkha releases of all-time is back.

Earlier this month, the company released the Gurkha Shaggy, a cigar that was first introduced in 2001. The four-size line uses a six-year-old Dominican habano wrapper over a Nicaraguan binder and Nicaraguan filler. Shaggy is being made by Fidel Olivas at his Tabacos San Rafael S.A. factory in Estelí, Nicaragua.

“In my travels throughout the country, visiting our clients and other tobacco shops, I’m always asked about the Shaggy cigar,” said Juan Lopez, Gurkha’s national sales director, in a press release. “People want to know what happened to the Shaggy and when is it coming out again? On a recent visit to our factory in Nicaragua, Carlos Llaca-Torano, Operations Director, was taking inventory when he came across a few boxes of the Shaggy. The Olivas Family, the original creator of the Shaggy, still had the recipe in their books from 2001. After a conversation with Kaizad and the Olivas, we decided to and make it available in limited quantities.”

Production of the Gurkha Shaggy is limited to 4,000 boxes of 25 annually. The cigars are packed like the original cigar, without a band, in a box designed to look old and surrounded by loose tobacco.