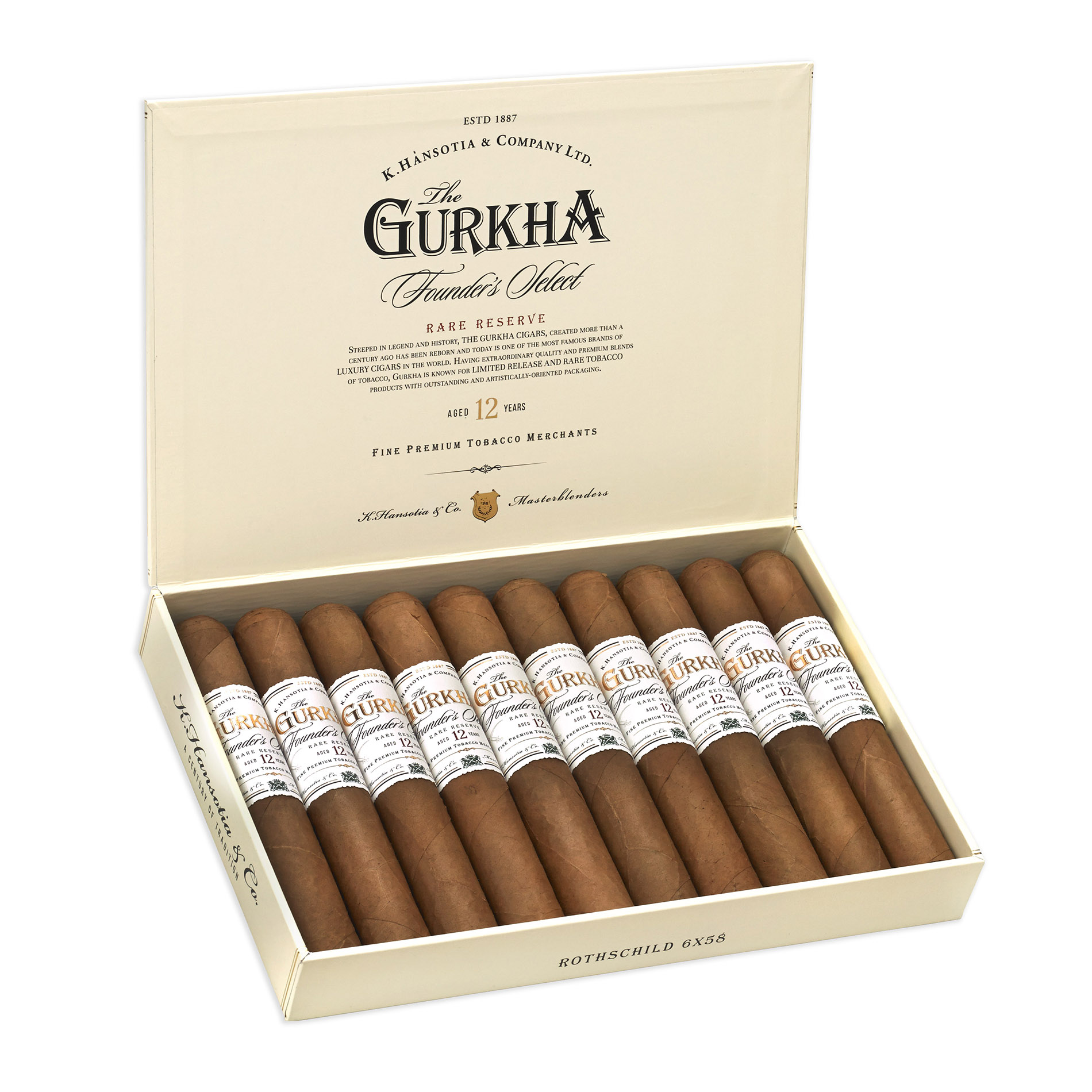 Blend Master’s Cask uses a Nicaraguan habano wrapper over a binder and filler blend from the Dominican Republic. It comes in two sizes: XO (6 x 60, $13) and Ambassador (7 x 55, $12), both offered in 20-count boxes. American Caribbean Tobacco is producing this line as well.

Finally, for the cigar smoker who enjoys whisky, Gurkha is adding the Cigar Malt Collection, a five-pack of cigars designed to be paired with five different types of whisky. While each cigar in the set comes in a sealed glass tube, none of the blends feature any sort of infusion or flavoring, but rather are designed to stand on their own as an ideal accompaniment to a specific style of whisky. Each cigar in the set measures 6 1/4 x 60, with an MSRP of $50 for the five cigar sampler, which is also being made at American Caribbean Tobacco.

All of Gurkha’s new releases are scheduled to begin shipping shortly after the conclusion of the IPCPR Convention and Trade Show, which runs July 25-28 in Las Vegas, Nev.