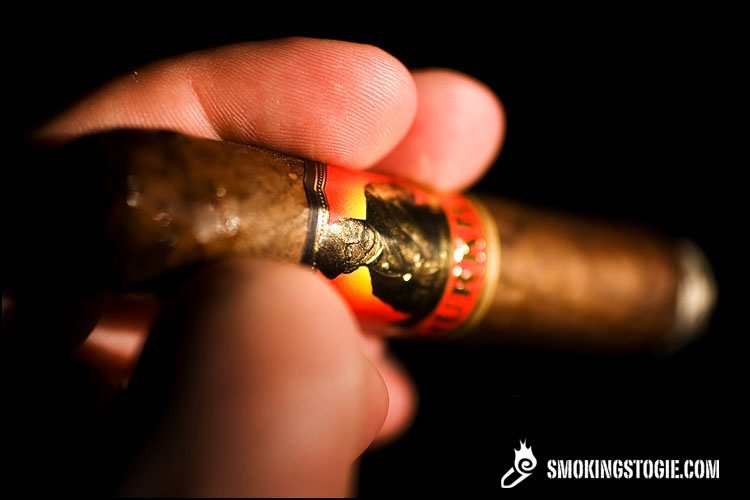 Let me tell you right off the bat. I did NOT pay $750 for this cigar. In fact, I did not pay any money at all for it.

Here is the story. As you may or may not know, I have a list of cigars on the site that I would love to get my hands on to review. Well, one day about two weeks ago, I got an email from an Army medic who served in Iraq telling me that he had a Gurkha HMR that he was willing to trade out, and that he could not get a hold of a lot of the limited Tatuajes and other sticks that he wanted to try. Well, I have quite a few of those, and I figured it would be a win-win situation for both of us; he gets some sticks he would not otherwise get a hold of, I get to review a stick that not very many people have seen, never mind smoke, and I get to help out a soldier in the process.

Limited to less than 75 boxes a year, these cigars are made with a one-year-old Connecticut maduro wrapper and 12-year-old Dominican binder and Filler, then infused with an entire bottle of Louis XIII Cognac, per box.

This is not the only cognac infused cigar from Gurkha, there is also the Grand Reserve and the Royal Reserve, both of which use inferior cognac, apparently.

The first thing I noticed when I opened the package was that the glass tube was quite a bit thicker on this stick then, say, the Grand Reserve, which I will be comparing it too, and that the wax on the tube was green instead of gold. When putting them side by side, the HMR is a bit bigger and has a much darker wrapper to be expected of a maduro wrapper, of course, but it was a very dark wrapper, and seems to be rolled quite a bit better as well.

I was expecting a blast of cognac smell when I opened the tube, but was disappointed when all I smelled was tobacco with a bit of cognac. The stick was well rolled and slightly spongy when squeezed, and the wrapper smelled a bit like chocolate and leather and cognac, of course.

It punched easily, and, on lighting, the first few puffs tasted like toasted nuts, a little pepper, and a sweet taste that was present, but not overpowering at all. I expected a change in taste after that, but alas, was disappointed that the flavors stayed pretty much the same for the first third, pretty boring really. 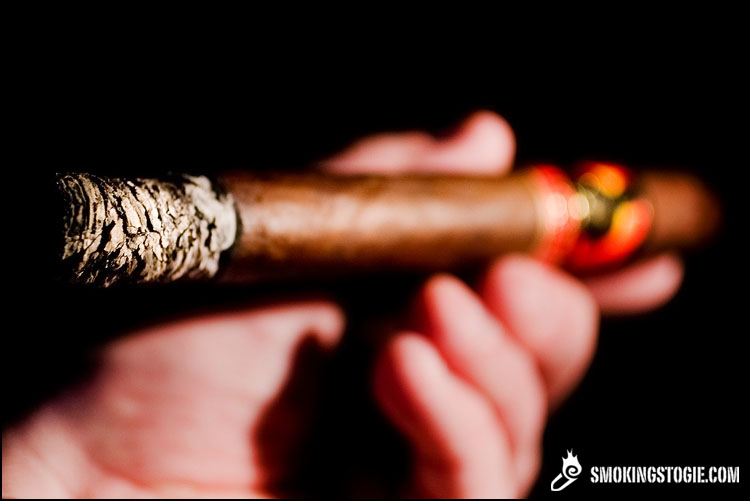 During the second third of the cigar, a little more pepper was present, along with some chocolate notes. At the end of the second third, though, the stick started turning bitter, and not in a this tastes like bitter chocolate/espresso/coffee way, more like a this tastes a little like hot tea brewed about 20 minutes longer than it needed to be way.

The last third was where this cigar really fell apart. I wish I could say that it pulled it out in the end, but that was just not the case. There was no more flavors of chocolate, no more cognac, no more tobacco, no more pepper. Instead, the bitter, sour taste actually increased to the point that it was almost unsmokable. It was almost a taste like old, wet cardboard; a very odd and annoying taste that made me want to chuck the last of the stick into a garbage disposal. I still numbed it, after all, I figured out it was about $20 a puff, but it was a real struggle. 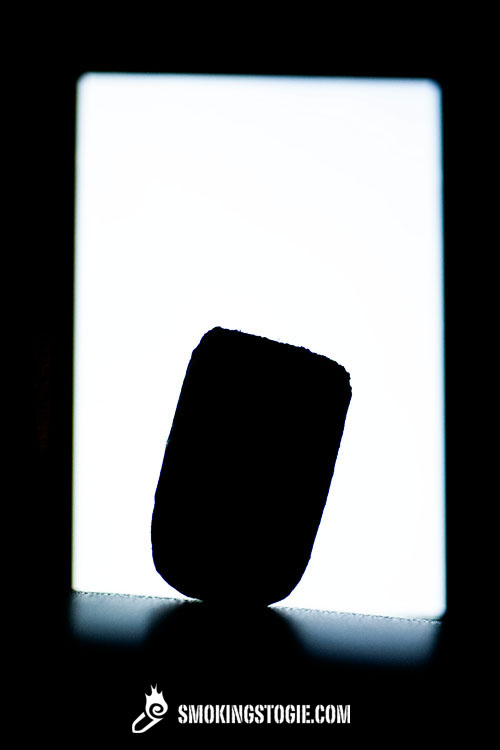 Update (February 7, 2014): A representative from Gurkha has stated that Tabacalera Las Lavas S.R.L is not the factory that produces the Gurkha HMR. In addition, as of late 2013, the MSRP is now $1,000 per cigar.

This stick would have been an ok $6 stick. As it is, I would call it overpriced, overhyped, boring, bitter crap. Not exactly a surprise, but I was really hoping that it would shock me. The only redeeming quality of this cigar was that it stood up for the final photo without falling over.