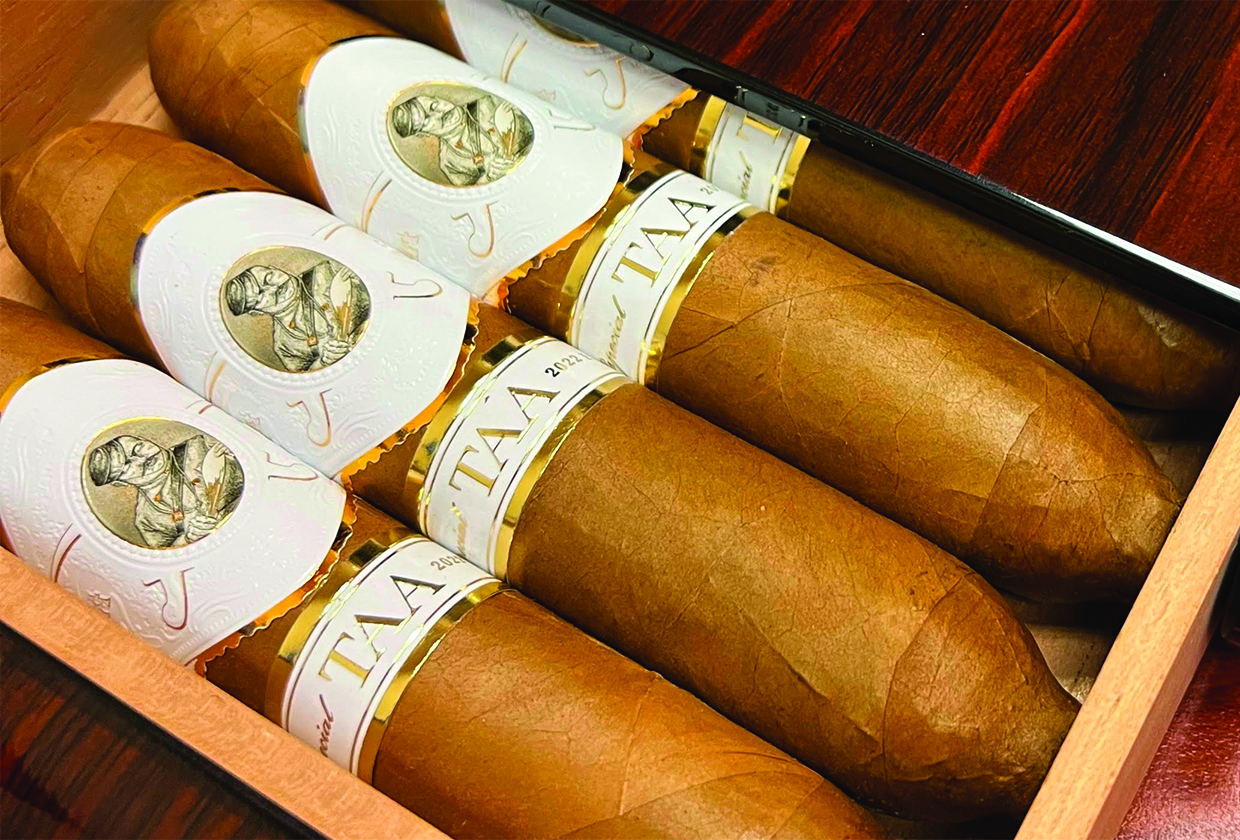 Gurkha’s contribution to the Tobacconists’ Association of America (TAA) Exclusive Series program is on its way to TAA retailers today.

The cigar is the first in a new series called the Gurkha Colección Especial, a 5 1/4 x 58 figurado that is priced at $12.50 per cigar and offered in eight-count boxes. The company has not disclosed the blend’s details, but has confirmed that it is made at PDR Cigars. 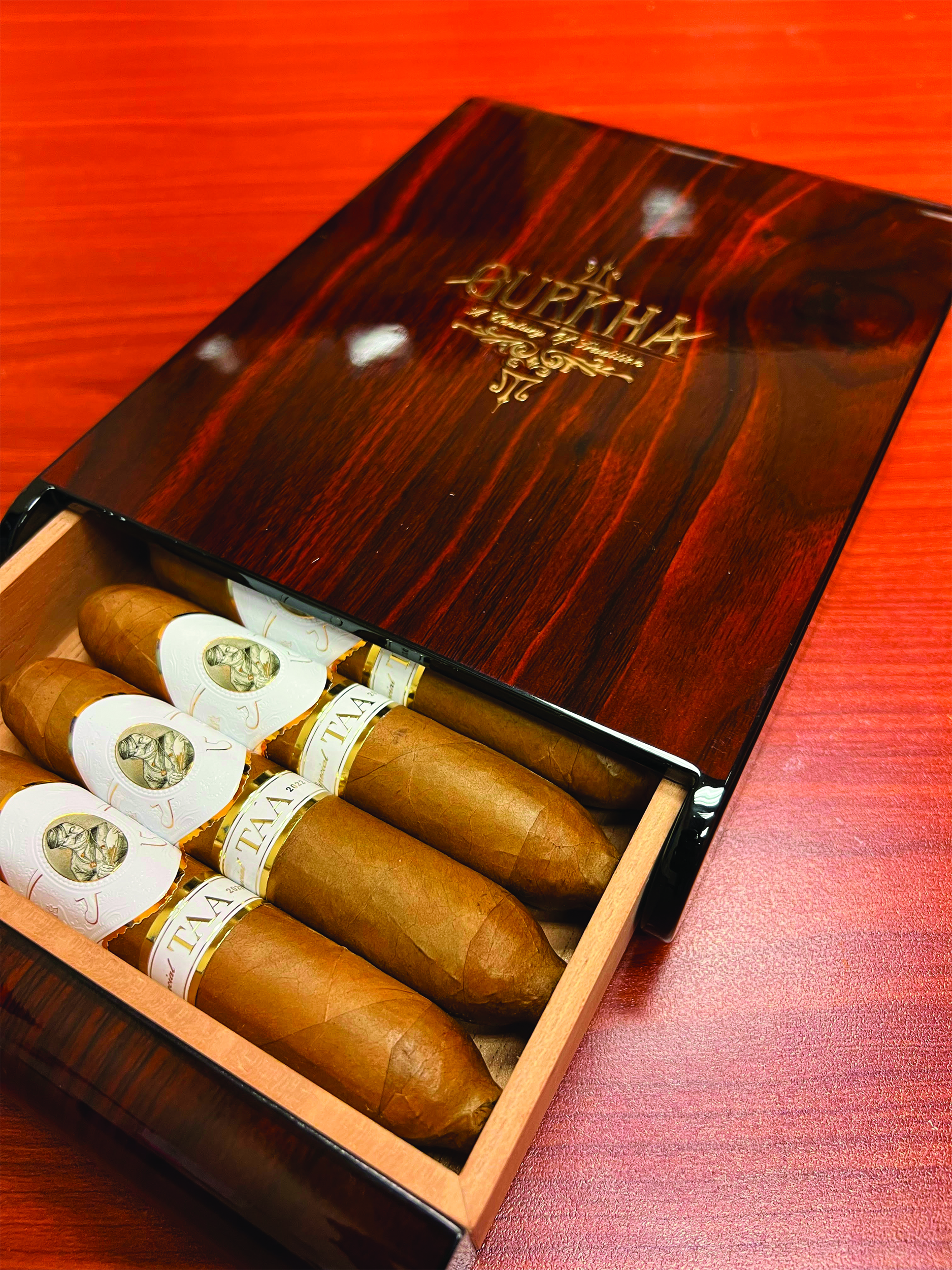 The size is exclusive to TAA retailers, a group of about 80 of the country’s top retailers. Those retailers, along with about 40 manufacturers, meets annually to discuss issues facing the cigar industry as well as to have its annual trade show, a unique event that works on a group buying format in order to secure exclusive deals for these generally high-volume merchants.

The Colección Especial will soon be offered in other vitolas to retailers who are not members of the TAA.

Update — Shortly after this story was published, the company updated a previous announcement regarding the rollout of the cigar. It had originally announced that the cigar would be offered to retailers attending the 2022 PCA Convention & Trade Show, which happens July 8 – 12 in Las Vegas; a representative told halfwheel that it is being released on a limited basis in the immediate future and will not be on display at the PCA trade show.