Last year, the company showed off the Cellar Reserve 21, which uses a Connecticut shade grown wrapper over binder and fillers from the Dominican Republic. As is often the case with Gurkha, the bands are quite impressive. Of note, I wish the company would come up with a uniform naming scheme for these cigars; some use the number on the band while others don’t. As for this one, it’s far and away the lightest of the Cellar Reserves to date. Aroma off the wrapper is acidic with touches of freshly roasted coffee beans and some wet leather. The foot is quite different, smelling as if I stuck my nose in a box of Nilla wafers. That sweet cookie flavor makes its way over to the cold draw, but it’s now joined by vanilla bean ice cream and blackberries.

I start by lighting just the end of the nipple, something that delivers almost no smoke. This technique works fine on many cigars, but I suspect the larger nature of the Kraken vitola means there needs to be more areas of the cigar lit. Out of what little smoke I get, I pick up creaminess, toastiness and some bittersweet cocoa. Eventually, the smoke and flavors begin pouring in and it’s decidedly less sweet than the initial puffs, with a salty chicken broth as the dominant flavor in front of some herbs and a more isolated saltiness. There’s still quite a bit of the toastiness and faint hints of the creaminess, but the saltiness cuts through both quite a bit. One touch-up is needed to correct part of the wrapper that is not burning, but the ash is firm. The second third of the Gurkha Cellar Reserve 21 Kraken shows a great orange rind flavor through the nose along with some artificial raspberry tea. What’s odd is that both flavors, one before the midway point and the other after, are pretty isolated and unaffected by the salty chicken broth sensation that is affecting just about every other flavor. There’s a lot more creaminess and some freshly chopped pine, but neither stand a chance against the chicken broth. Flavor is medium-plus, body is medium-full and strength is medium, though building in the later stages of the second third. Construction-wise, I need to make another touch-up on each of the samples I smoked, but otherwise things are fine. 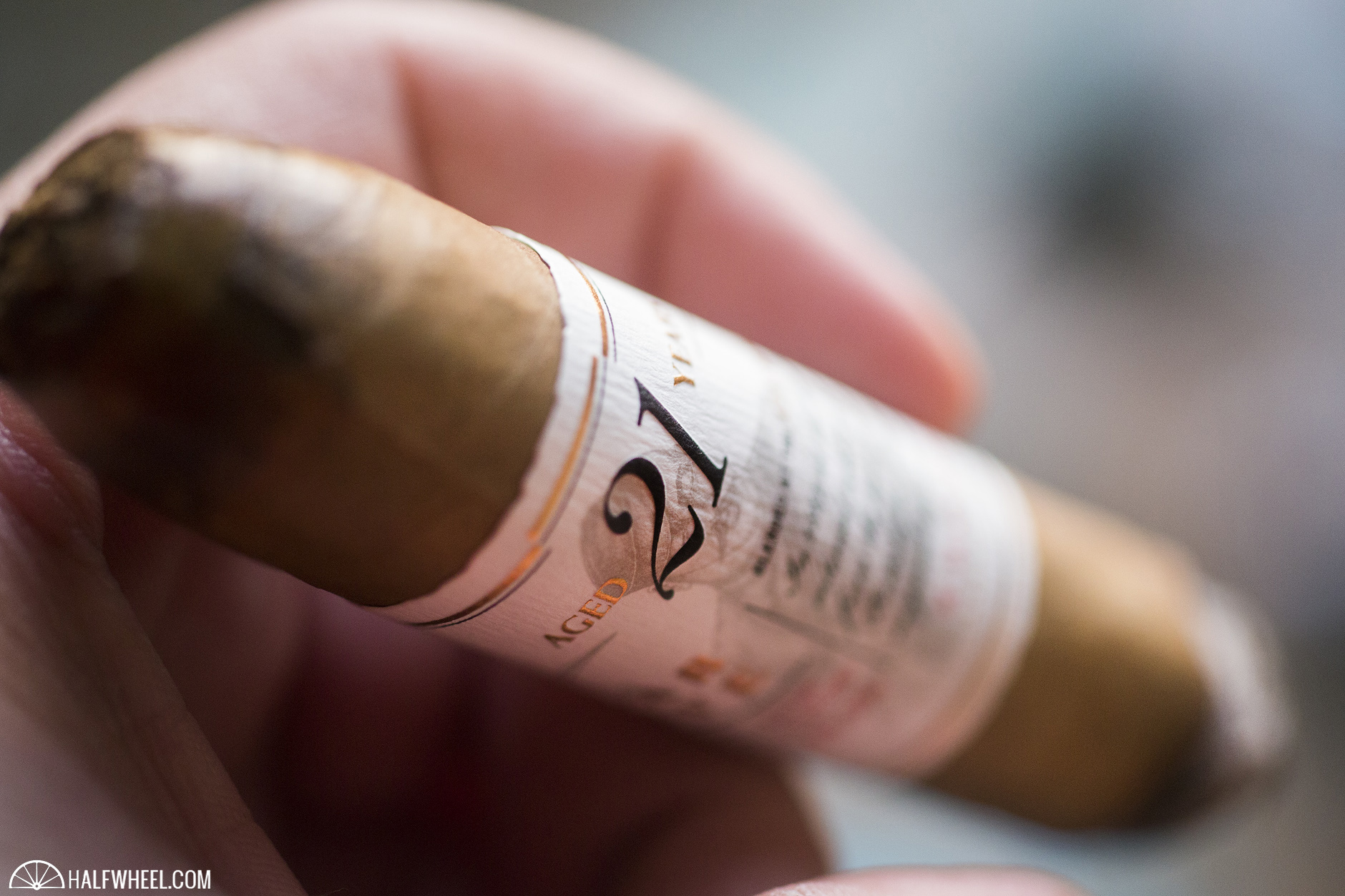 There’s finally some breaking in the chicken broth’s dominance and a half inch into the final third, there’s cashews, creaminess, burnt coffee and roasted corn. Another half inch and the saltiness is gone, at least in terms of the new flavors being introduced to my palate. The effect of smoking a cigar that is quite salty for over an hour and a half has taken its tole, but the final third is a nice break. Strength picks up to medium-full and I manage to make it to the end without having to relight any of the samples. The original version of this story indicated the line debuted in 2011, there was actually a version that debuted in 2007.

Gurkha’s Cellar Reserve series is certainly the company’s flagship brand. Sure, it isn’t remotely close to the most expensive thing the company sells, but when it comes to brick and mortar sales, it’s the line the company has found extreme success in selling. The newest version is an interesting addition, certainly the most complex of the bunch, though perhaps not the best balanced. It’s a decent cigar with a somewhat surprising kick at the end, I just wish we’d get in some parejo vitolas.