Gurkha has finalized plans for its Cellar Reserve 15 Year.

Months ago, the company announced that it would debut the cigar, made to commemorate the popular Cellar Reserve line’s 10th anniversary line, at the 2017 IPCPR Convention & Trade Show. 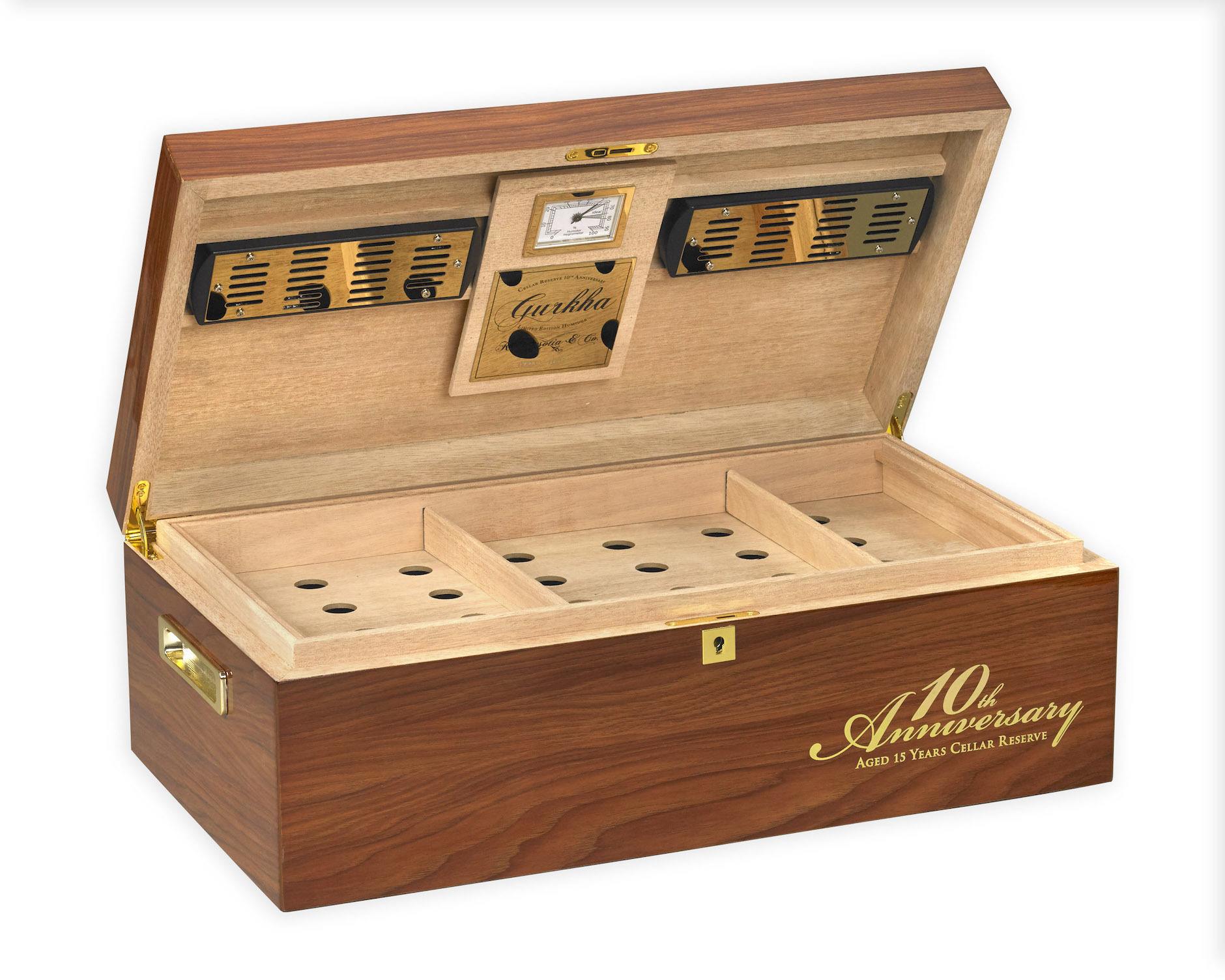 “The Cellar Reserve was our very first brick and mortar exclusive cigar and it has had continued success and amazing ratings,” said Kaizad Hansotia, ceo of Gurkha Cigars, via a press release in March. “This cigar speaks to the cigar lover and will be created to encompass everything that is loved of our signature cigar.”

It is limited to 1,000 numbered boxes of 50 cigars, priced at $700 per box. The company says it expects the cigar to begin shipping in August.