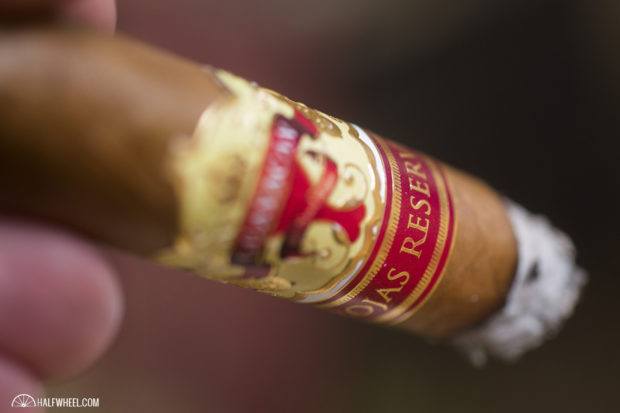 At the 2015 IPCPR Convention & Trade Show, Noel Rojas’s Guayacan Cigars introduced a new line named the Rojas Reserve. Debuting in just two vitolas at the time—a 6 x 60 Gordo and a 6 x 70 Super Gordo—the blend featured a broadleaf maduro wrapper covering binder and filler tobaccos composed of corojo 2006 from Nicaragua as well as criollo from Rojas’ own fields. In June, two addition violas were added, a 5 x 50 robusto and a 6 x 52 toro.

While hints were dropped at the time of the first release, a Connecticut-wrapped version did not appear until the 2016 IPCPR Convention & Trade Show, when the appropriately named Rojas Reserve Connecticut debuted. However, while the name and vitolas offered are similar to the original release, the blend is totally different, featuring an Ecuadorian Connecticut wrapper, a Nicaraguan corojo 99 binder from Jalapa and three different filler tobaccos: corojo 2006 from Jalapa, criollo 98 from Condega, Nicaragua and Dominican habano tobacco. The two vitolas offered in the new regular production line were a 5 x 50 robusto and a 6 x 52 toro, both packaged in boxes of 20 and rolled at Rojas’ Tabacalera New Order of the Ages factory in Estelí, Nicaragua. 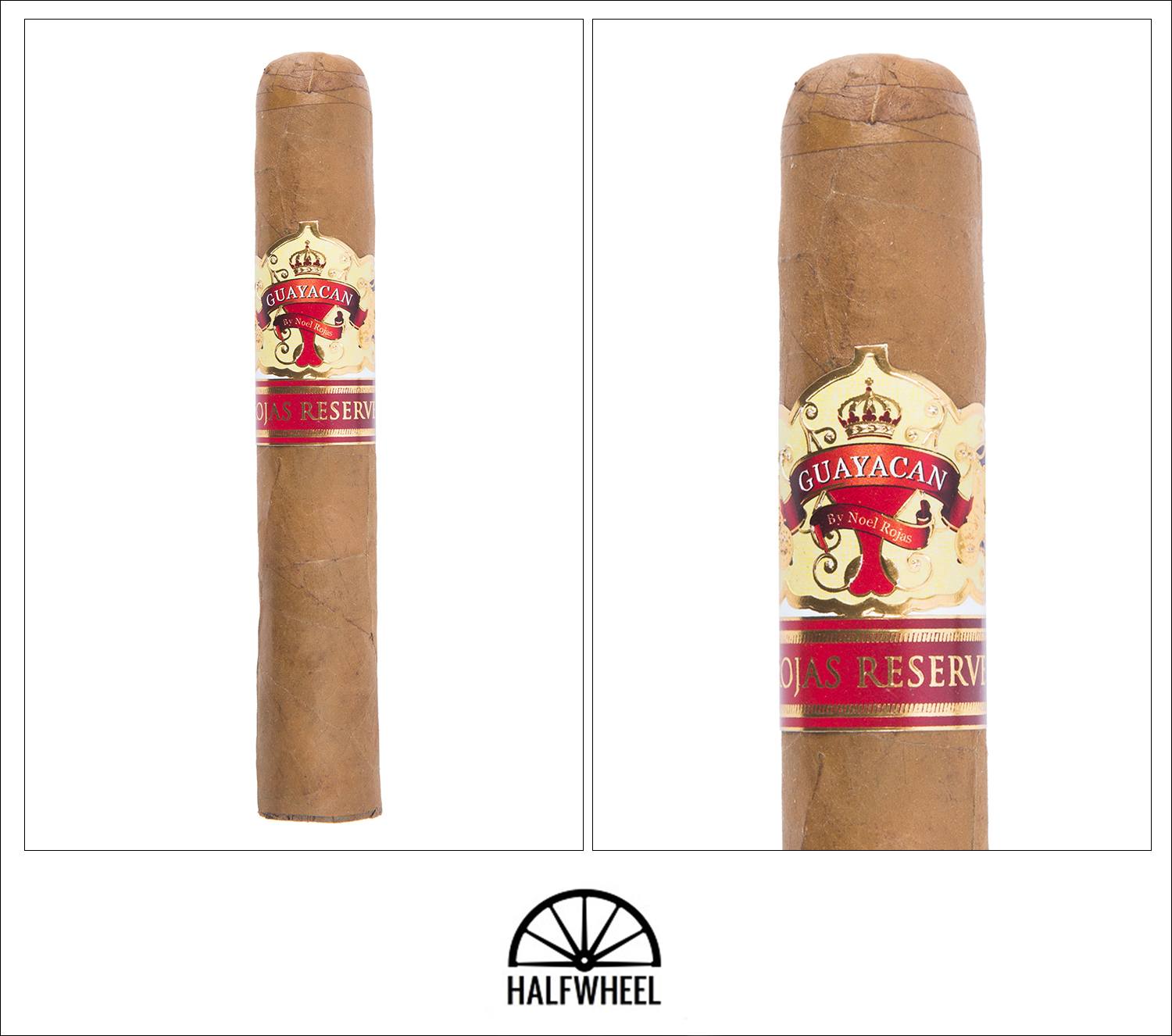 The Guayacan Rojas Reserve Connecticut is visually attractive, featuring a a nutty brown wrapper that is fairly smooth to the touch and a nicely applied cap. There is very little oil present on the cigar, and it is spongy when squeezed, along with one soft spot that I can detect near the band. Aroma from the wrapper is a combination of peanuts, leather, dark chocolate, manure and earth while the cold draw brings fairly light flavors of hay, barnyard, leather, cinnamon and slight white pepper.

The Rojas Reserve Connecticut opens up with an obvious hay and leather combination, interspersed with flavors of roasted peanuts, earth, fresh ground coffee, anise and dark cocoa. There is a very slight lemongrass note on the retrohale that does not seem to be getting stronger anytime soon, along with some significant white pepper that does seem to be getting stronger as the first third burns down and a touch of indeterminate sweetness. Construction-wise, both the burn and draw are excellent so far, and the amount of dense, white smoke coming off of the foot is well above average. The overall strength is quite light to start, but ramps up a bit to reach a point halfway between mild and medium by the time the first third comes to an end. 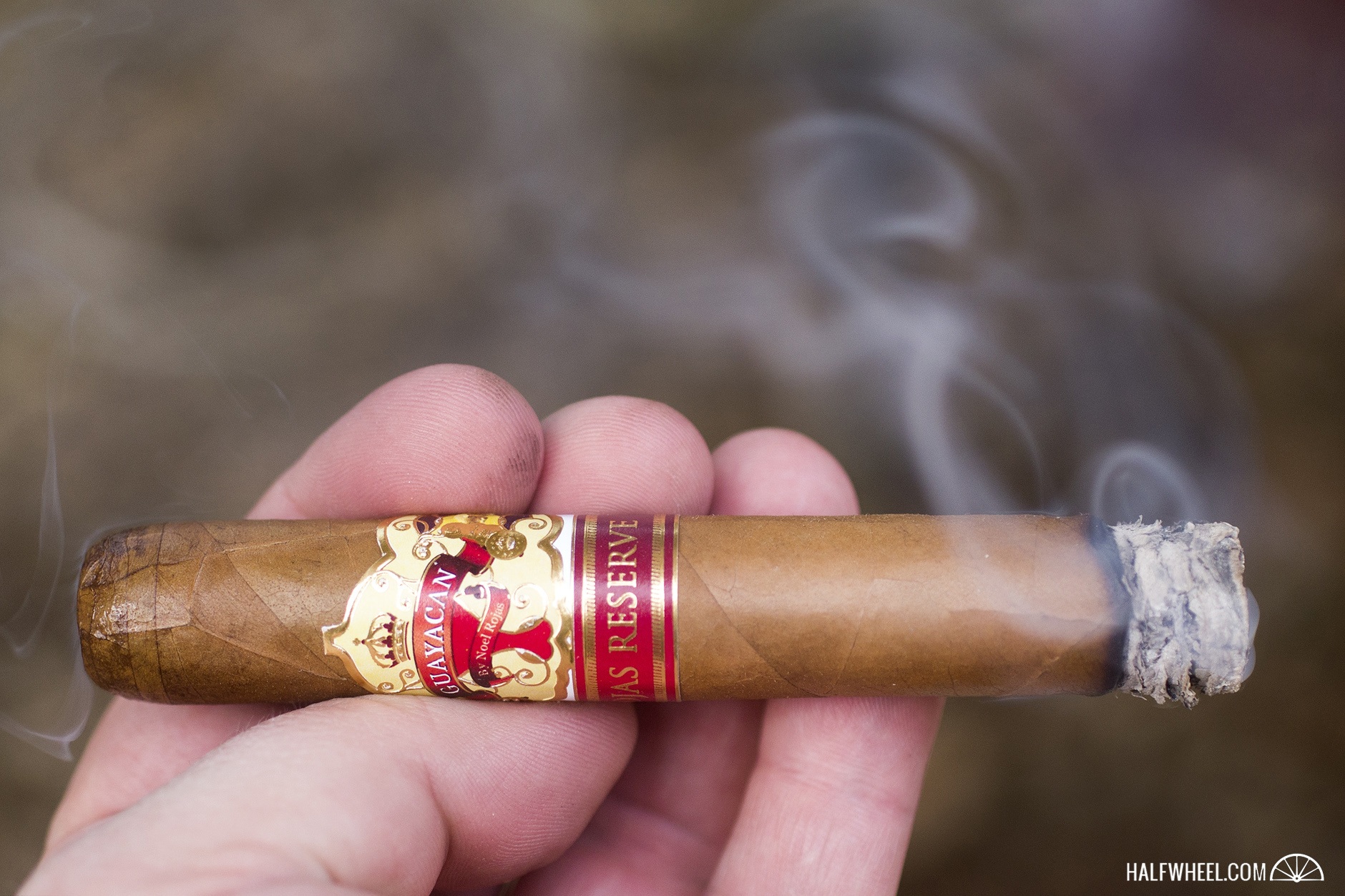 The hay flavor from the first third has morphed a bit by the time the second third of the Guayacan Rojas Reserve Connecticut rolls around, reminding me strongly of barnyard. The lemongrass note continues to be noticeable, but not strong enough to really impact the profile in any major way, although it does combine well with other notes of earth, dark cocoa, creamy oak, leather and bitter coffee. While there is less white pepper overall starting around the hallway point, I am also picking up some spice on my tongue, as well as a touch of salt on my lips. Both the burn and the draw continue to impress, while the overall strength seems to stall out while still firmly in the medium zone. 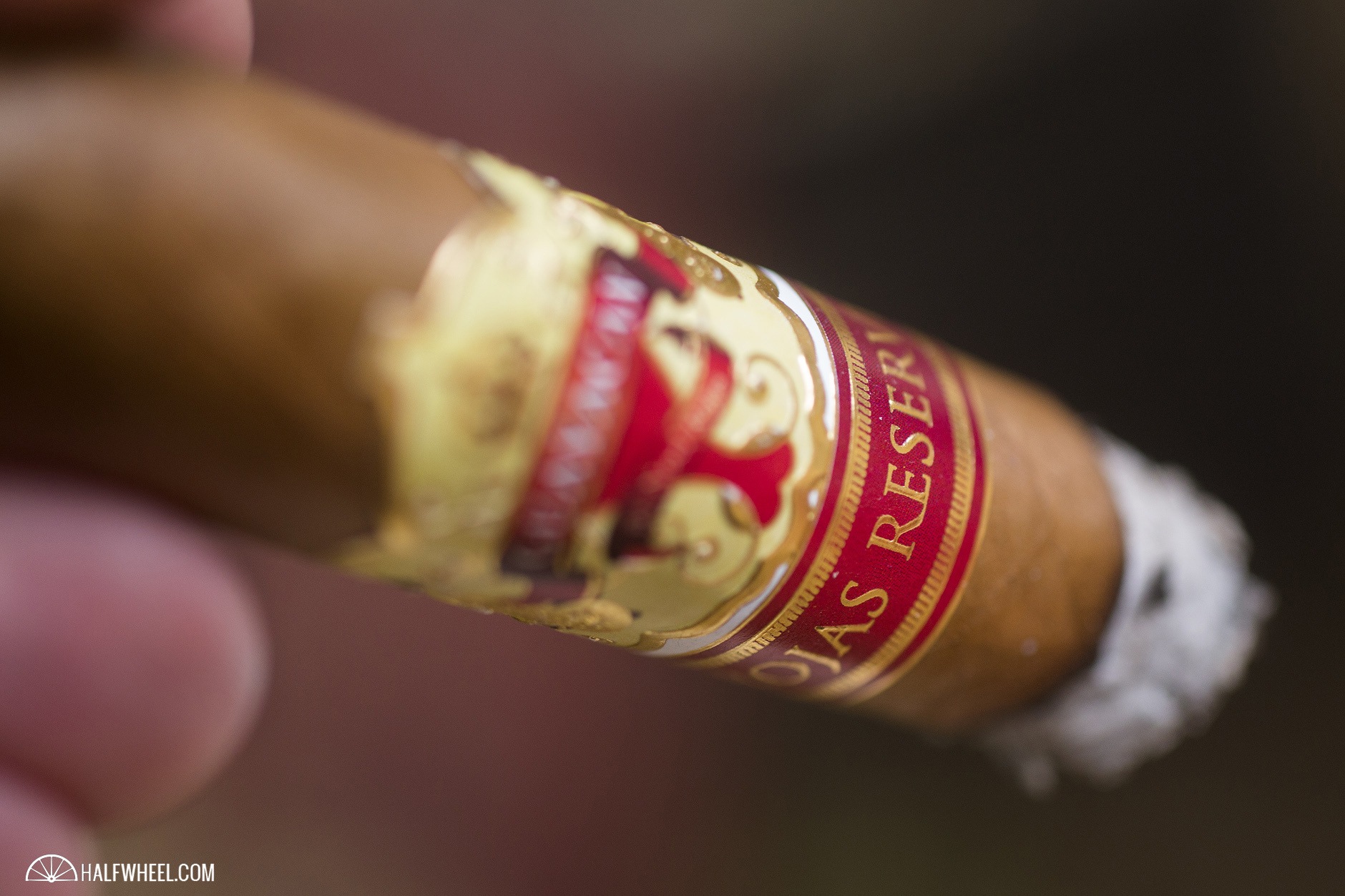 While the dominant flavor in the Guayacan Rojas Reserve Connecticut is still a creamy hay note interspersed with the same slightly stronger lemongrass note from the first two thirds, I am noticing a new floral note that is present on the retrohale as well as a touch more sweetness. Other flavors of sawdust, leather, earth, dark chocolate and mesquite wood flit in and out, and the white pepper on the retrohale remains constant compared to the second third. The draw remains excellent, and while I do have to touch up the burn once, it is not that big of a deal. Strength-wise, the Rojas Reserve Connecticut ends up not budging from a firm medium by the time I put the nub down with a bit less than an inch to go. I have reviewed quite a few Connecticut-wrapped cigars this year, and the Guayacan Rojas Reserve Connecticut falls firmly in the middle of the pack. While light and easy to smoke, the blend is quite linear, and has very few changes from third to third other than the lemongrass note that gets stronger as the cigar burns down. Having said that, the construction is quite good and the budget friendly price point makes it an easy cigar to recommend trying, but there are much more complex Connecticut blends on the market.