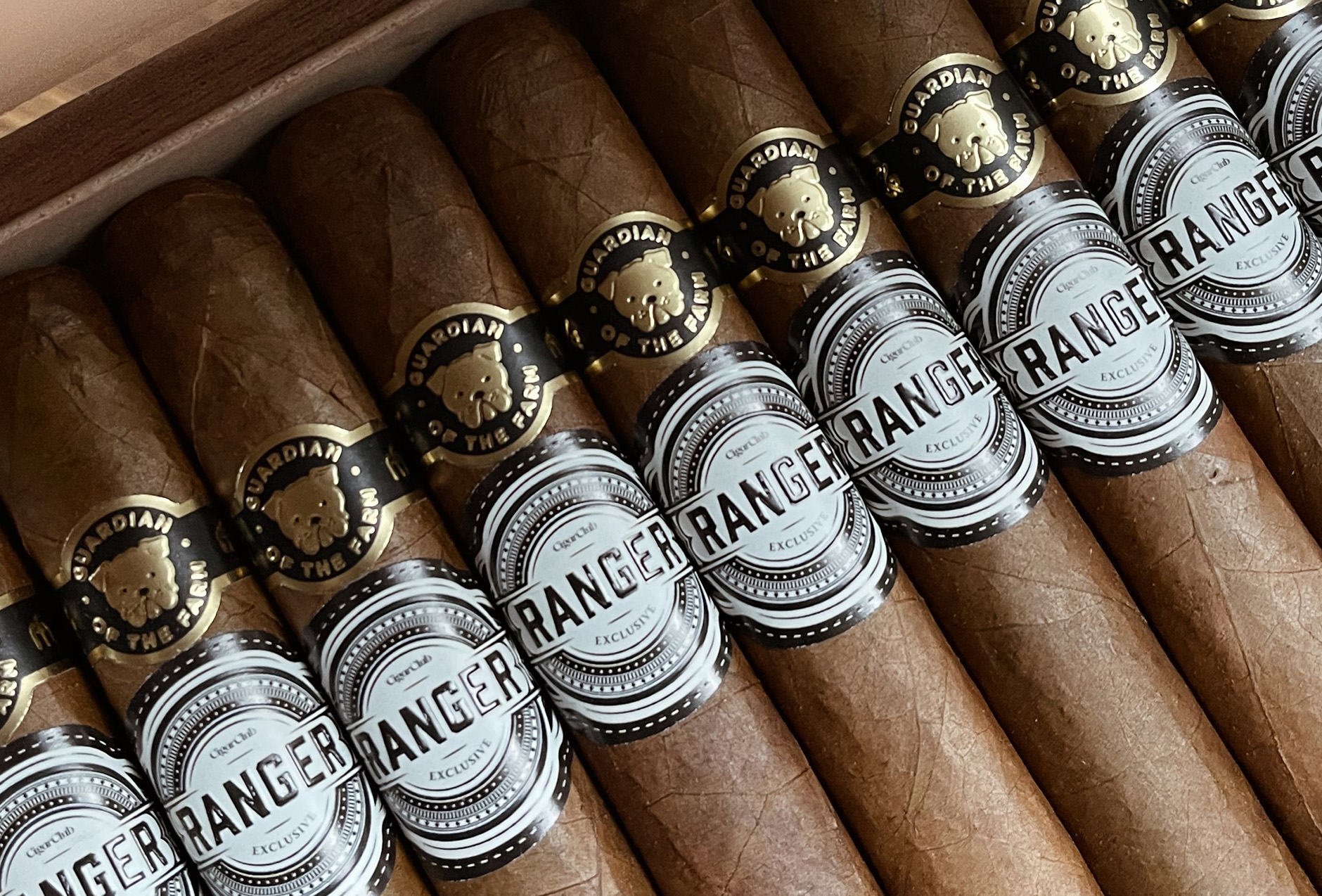 Guardian of the Farm Ranger Arrives at CigarClub.com

A new, limited edition vitola for the Guardian of the Farm line has arrived at CigarClub.com, an online retailer and cigar subscription service.

It’s a 5 1/2 x 48 box pressed grand corona called Ranger, which like the other vitolas in the line, is named for a dog. In this case, it is named in honor of a late dog that belonged to Griff Howie, CigarClub.com’s director of operations. It uses the same blend as the rest of the Guardian of the Farm line, meaning a Nicaraguan corojo 99 wrapper and binder, while that varietal also appears in the filler alongside Nicaraguan corojo 98.

The Guardian of the Farm Ranger is being limited to a production of just 7,000 cigars, with pricing set at $80 for a box of 10 cigars. It debuted at the online retailer last Friday, Jan. 14.