Esteban Disla might be the most famous cigar factory manager.

Disla is a co-owner of the Fabrica de Tabacos NicaSueño S.A. factory, which is best known for producing RoMa Craft Tobac cigars. Last year, Disla got a cigar of his own, though it’s oddly not sold through RoMa Craft Tobac.

It’s called Guáimaro, a name that has its origins—like so many other things in the cigar world—in Cuba. Disla’s mother worked for Serigo Cuevas in the Dominican Republic at the Tabacalera Cuevas & Hermanos factory. He and his brother, Raul—who is the factory manager at NACSA—worked as young kids and later adults for Cuevas. In 1997, they moved with Cuevas to Nicaragua to the Nica Habano factory. Disla would then become the chief of production at Latin Cigars S.A., the factory that produced CAO and Toraño cigars and is now known as STG Estelí.

Back to the name, it was a nickname that Cuevas gave to a young Disla:

I owe everything I am to Sergio Cuevas… He took a skinny black boy off of the streets and developed me into a man. He gave me a purpose in life, a profession, and I have dedicated every day to honoring his faith in me and the traditions of the craft that he entrusted to me. I can still hear his instruction, his advice, his reprimand. In the early days, he began referring to me in an affectionate manner; he called me by the name of the skinny, dark-skinned, young boys that would work on his family’s farms in Cuba. To this day, I can hear his voice speaking to me when I had done something to earn his praise and his respect: “Fenomenal, Guáimaro, Fenomenal” 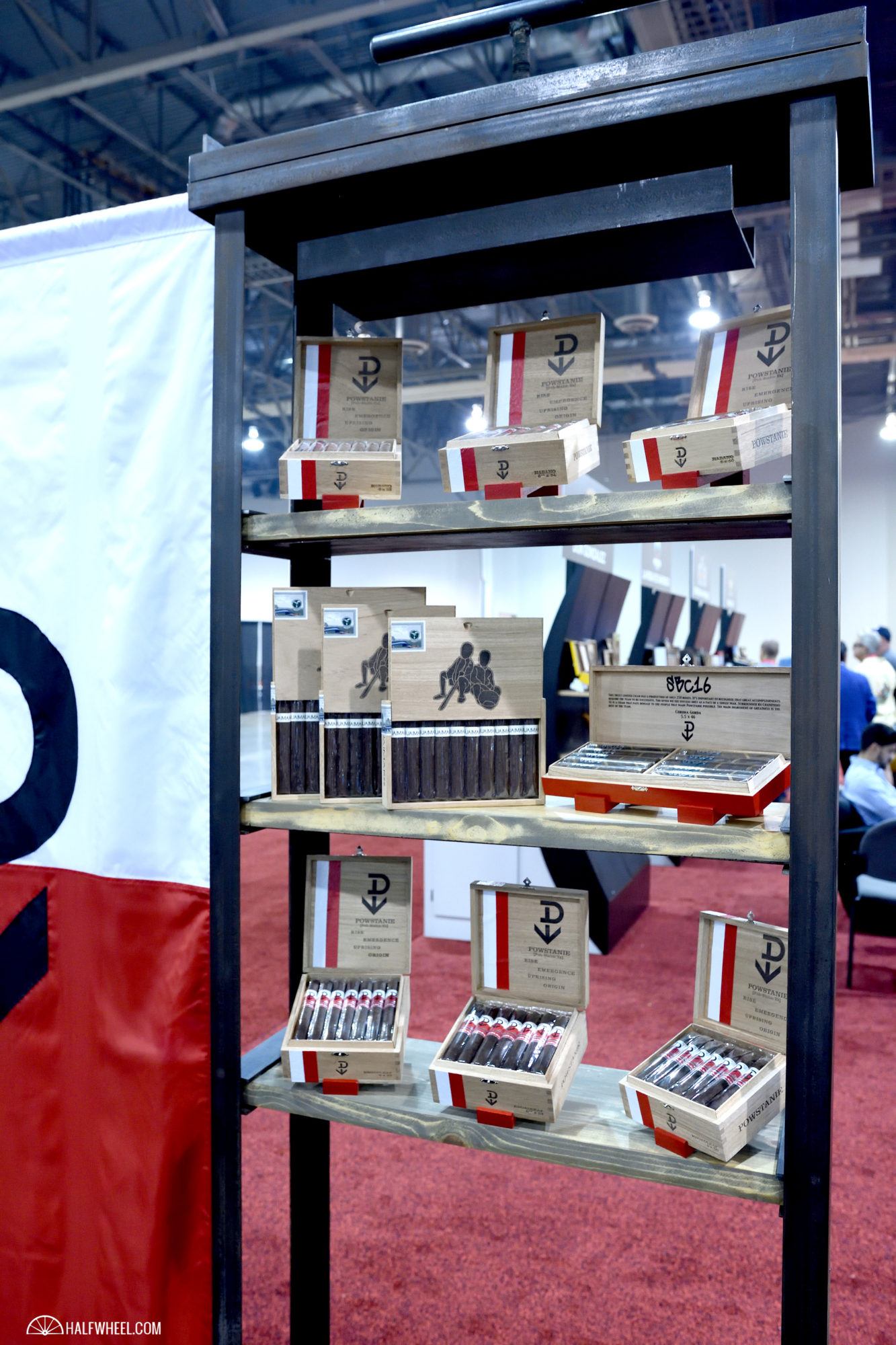 It’s being distributed by Pospiech Inc., the company behind the Powstanie brand, which is also produced at NicaSueño. 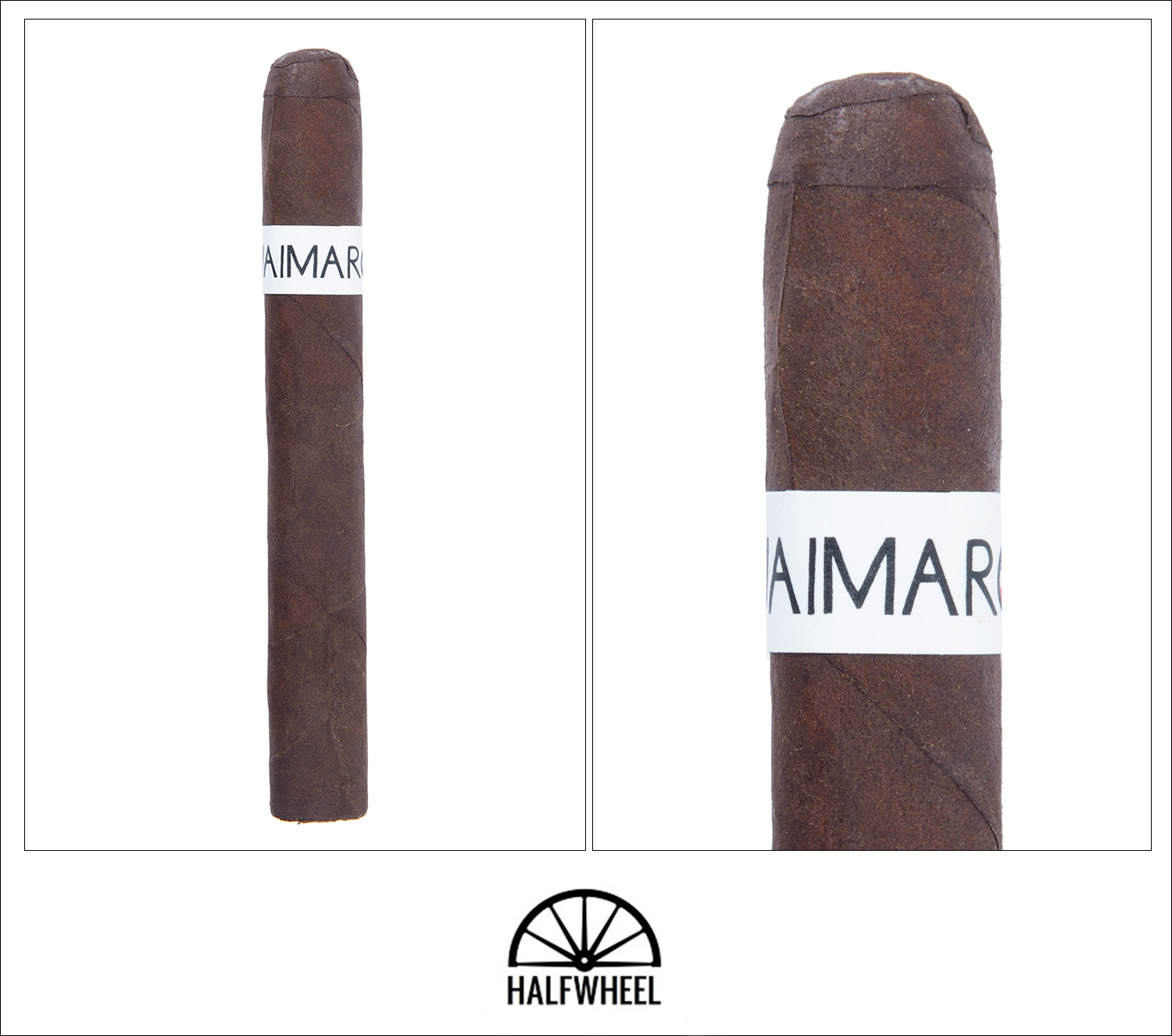 The Mexican wrapper is a bit darker than normal, though some of that might just be the contrast against the white band. Aroma off the San Andrés cover leaf has toasted nuts, some leather and a bit of dried fruit. The foot is quite different with a ton of brownie-like chocolate over leather and a bit of meatiness. The cold draw sees the meatiness overtake the brownie and the overall profile becomes a bit more bitter, though there’s some pepper on the throat.

Before the flavors on the tongue or in the nose, I notice there’s a fair bit of spice around the lips. The Guáimaro starts off with a sweet meatiness, a Milano cookie-like flavor—without the chocolate—and some lemonade. Unfortunately, two of the three samples don’t seem want to light evenly despite my normal toasting routine. Despite my best efforts, those problems continue and by the end of the first third I’m dealing with tunneling on a pair of samples. Flavor-wise, there’s lots of meatiness, more of a lamb flavor than anything else, with a lot of nuttiness around it. In addition, it’s got secondary notes of earth and wet leaves while the retrohale has a mild cinnamon, peppermint and salty leather. Flavor and body are both medium-plus and the strength is medium-full. 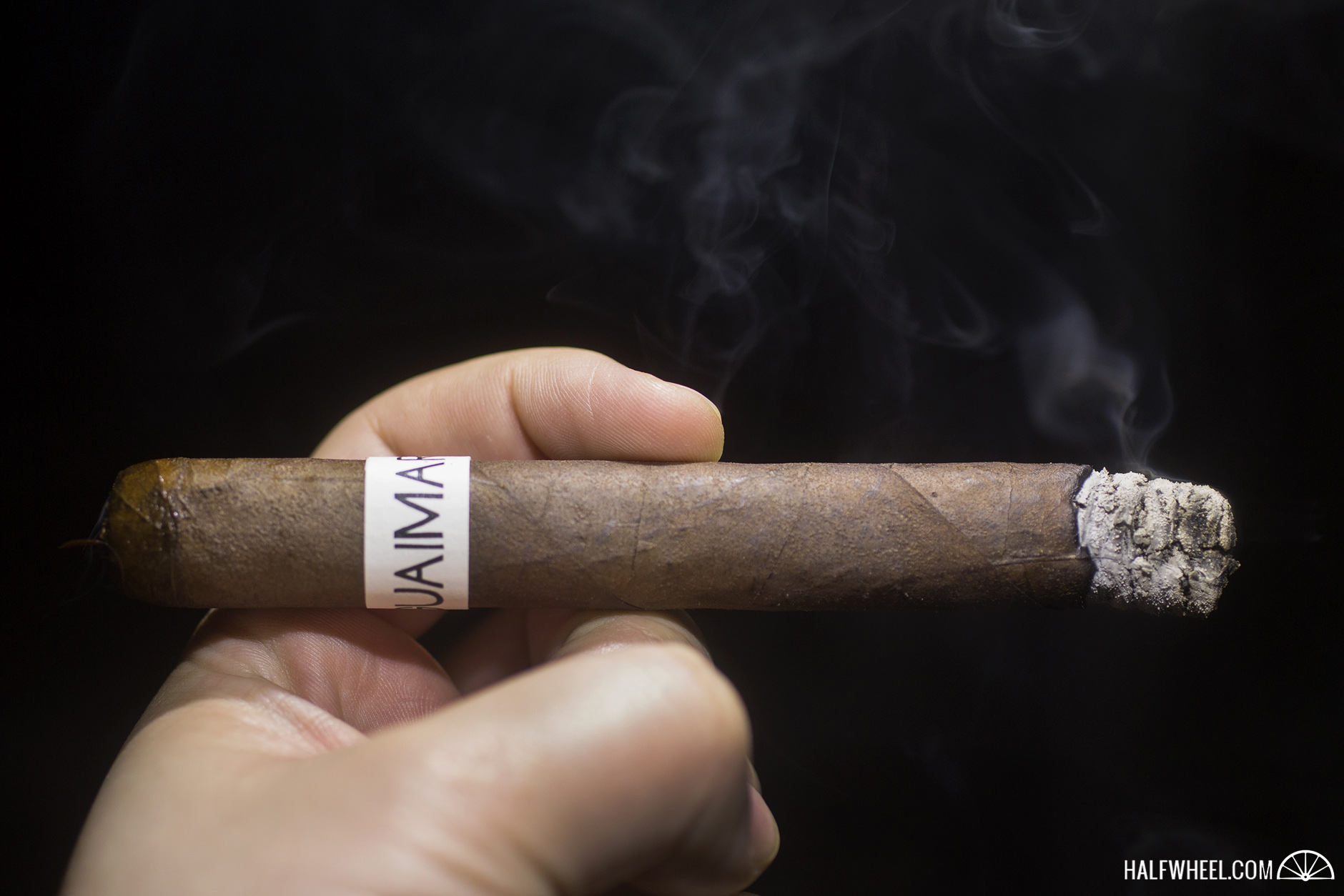 Some charcoal appears right around the transition point between the first and second third, but it’s relatively short-lived. The nuttiness in the retrohale becomes the dominant flavor with some Dijon mustard and a very sweet caramel behind it. It really is all about the retrohale, which has four flavors behind the nuttiness that keep moving in and out. In addition to the caramel and mustard, there’s some white pepper and floral flavors. Two samples need to be touched-up because of an uneven burn while one cigar goes completely out. Otherwise, things are pretty much the same with the flavor creeping ever so close to medium-full. 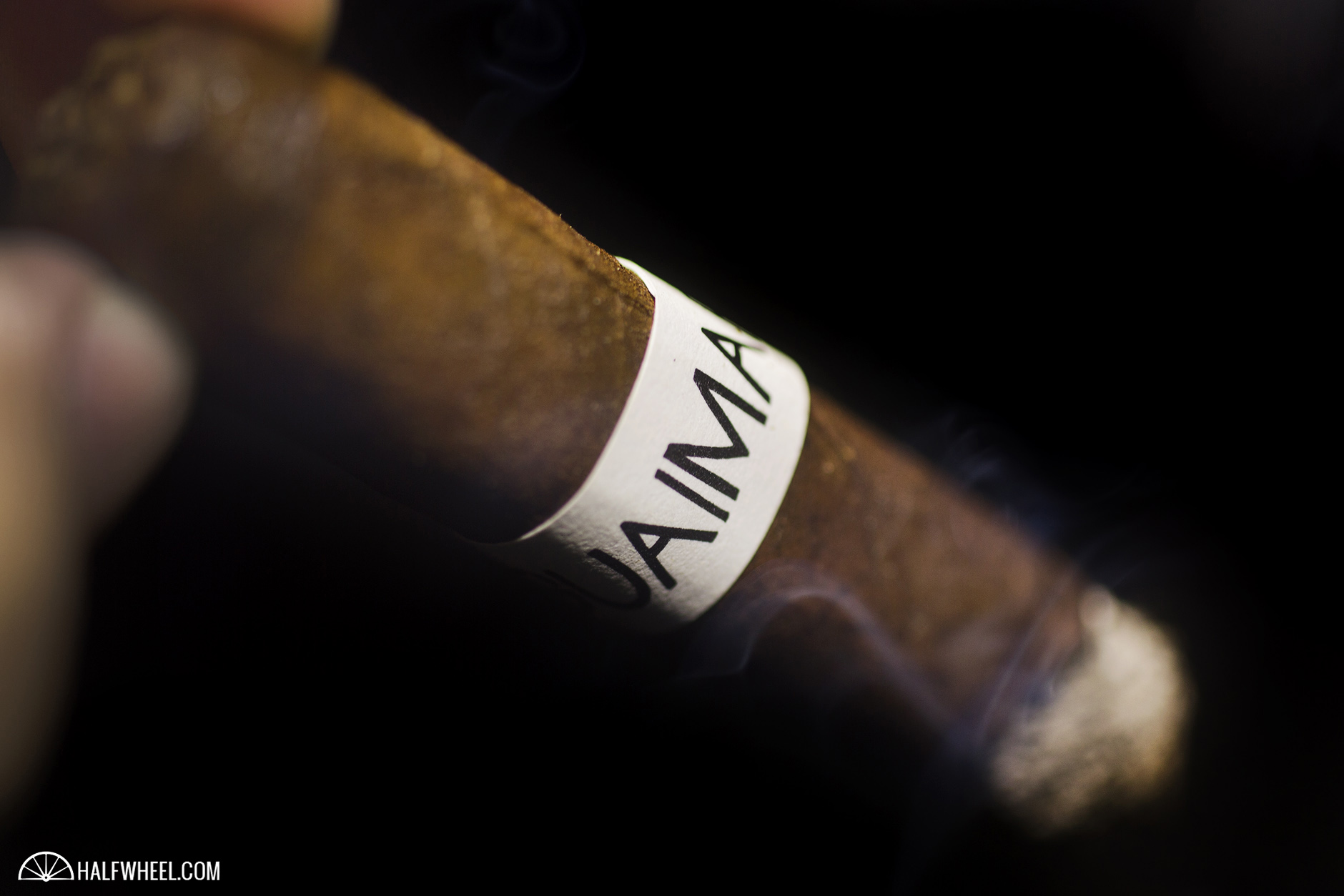 Somewhat out of nowhere, the floral flavor ramps up to overtake the rest of the flavors. The nuttiness isn’t that far behind, but it’s a pretty surprising return. Things aren’t as sweet as the first third, largely because there’s a ton of starchy flavors. It starts the final third with a Ruffle’s potato chips, though it’s more of an alkaline noodle flavor by the one-inch mark. In addition, there’s some hay and the familiar lamb flavor. As good as the flavor is, my lighter is still needed with touch-ups required until the end. 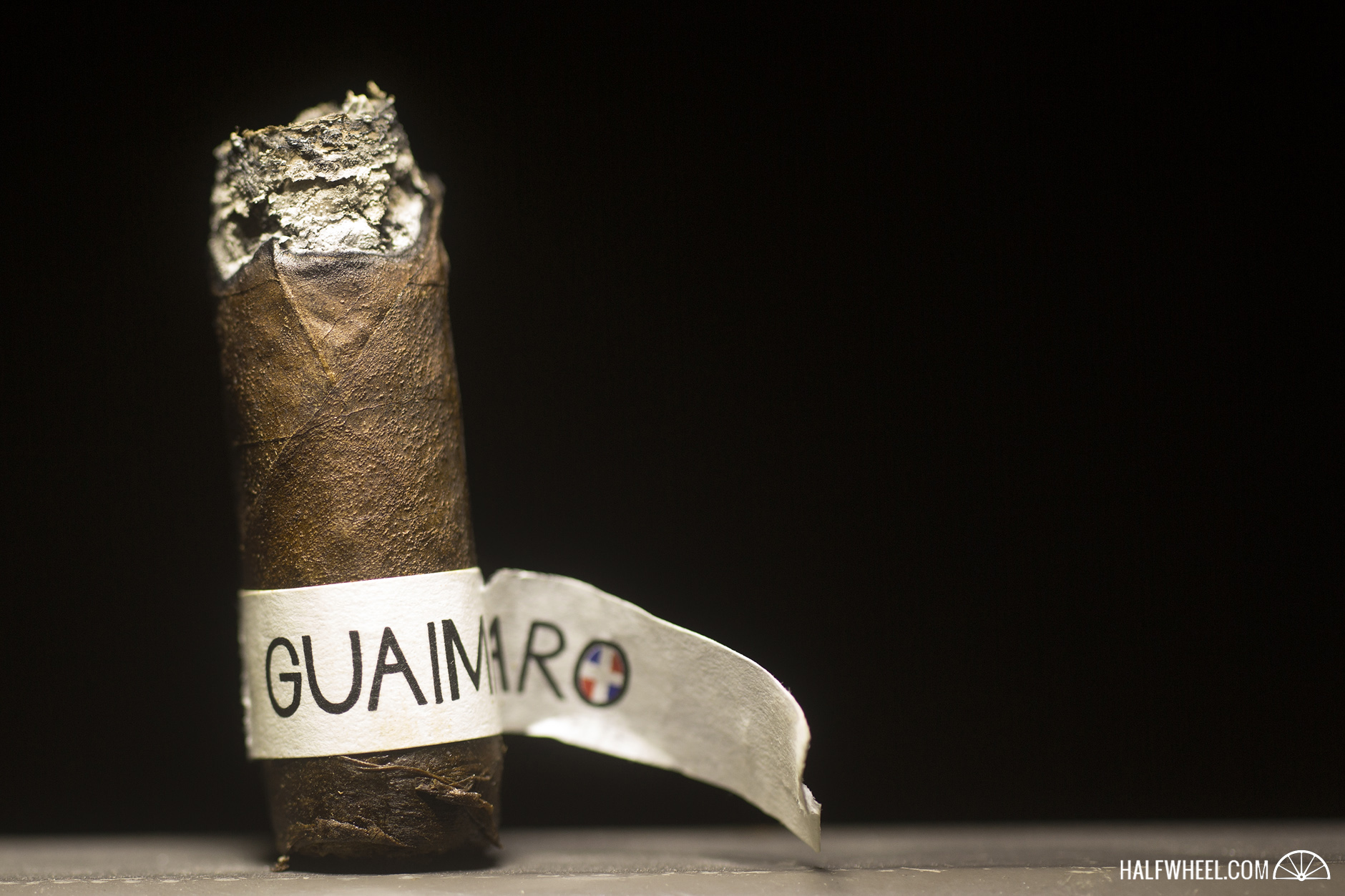 I would love to know what the Guáimaro Corona tastes like without burn issues. Despite sitting for over a month in our humidor—in addition to whatever time these cigars sat at the retailer—all three samples I had experienced multiple construction issues from virtually start to finish. While the flavors it delivered were good, I have to imagine they would have been more detailed had the cigar not had construction issues. That being said, I’m looking forward to smoking more, particularly some of the other sizes.