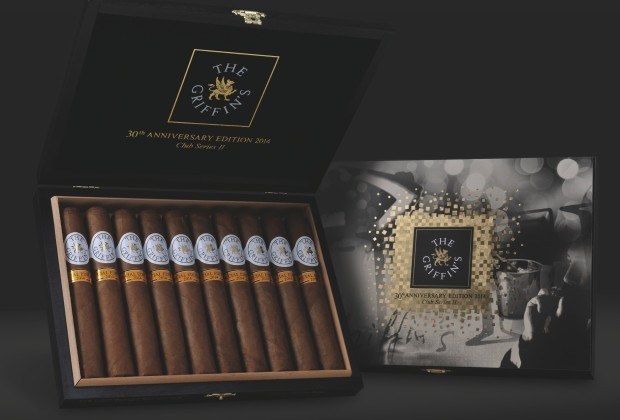 The Club Series II is 5 1/2 x 52 and uses an Ecuadorian habano 200 wrapper, sumatra binder and Dominican San Vicente visos, oro/piloto visos and criollo ligero. It’s priced at $15.88 per cigar, or $158.80 per box of 10, and began shipping today. As with many of Oettinger Davidoff AG’s limited editions, only a fraction of the release will go to the U.S., in this case 500 out of the 2,000 total boxes.

Davidoff’s press material describes the cigar as medium and notes that it can be paired with champagne to compliment the sweet and herbal flavors.

The Club Series launched late last year. It is slated to be a trio of cigars. Griffin’s is produced at O.K. Cigars in the Dominican Republic.