There are not many times that I can do two redux reviews spanning six years of cigars that were purchased at the same time, but the Graycliff Espresso Elegante  happens to be one of them.

The Espresso brand was introduced by the Graycliff Cigar Co. in 2003 as the fullest-bodied line in its portfolio, following the Red Label, Profesionale and Crystal lines. Spanning at least nine vitolas, the Espresso blend was originally put together by the late Avelino Lara—who was the first director of El Laguito, the factory where Cohibas have historically been made—in collaboration with Graycliff owner Enrico Garzaroli.

In terms of blend, the Graycliff Espresso line  is made up of a wrapper from Costa Rica, a Cameroon binder and a filler made up of Ecuadorian ligero, Nicaraguan, and Philippine Simaba tobaccos. All of the vitolas are packaged in boxes of 25, and are rolled at the Graycliff Cigar Factory in Nassau, the Bahamas.

Here is what I said in my original review back in February of 2011, when I was still publishing SmokingStogie.com:

Honestly, while I was expecting this cigar to be good, I was a bit surprised at how much I enjoyed it. While not the strongest, the flavors that are present were distinct, complex and almost perfectly balanced. Add in the great burn and draw, and this is a winner all around. It’s by far the best Graycliff I have smoked and I would not hesitate to pick up more even at the somewhat inflated prices they command.

Two years after the original review, I decided to redux the cigar. Here’s what I I wrote for my first redux review in February 2013:

I am fairly astounded by the differences of the flavors in the profile of this cigar in just two years time. While there were some floral notes in the cigar when I smoked it the first time, the strength of the flavors surprised me quite a bit. I have written before that these days, more and more I am looking for cigars with unique flavor combinations and this cigar has it in spades at this point in its life. Having said that, this is not the strongest cigar in the world, and you really need to put your whole attention on it to get the most out of it. Well worth picking up—and after seeing the difference in two years time—and I really looking forward to how these change in the future. 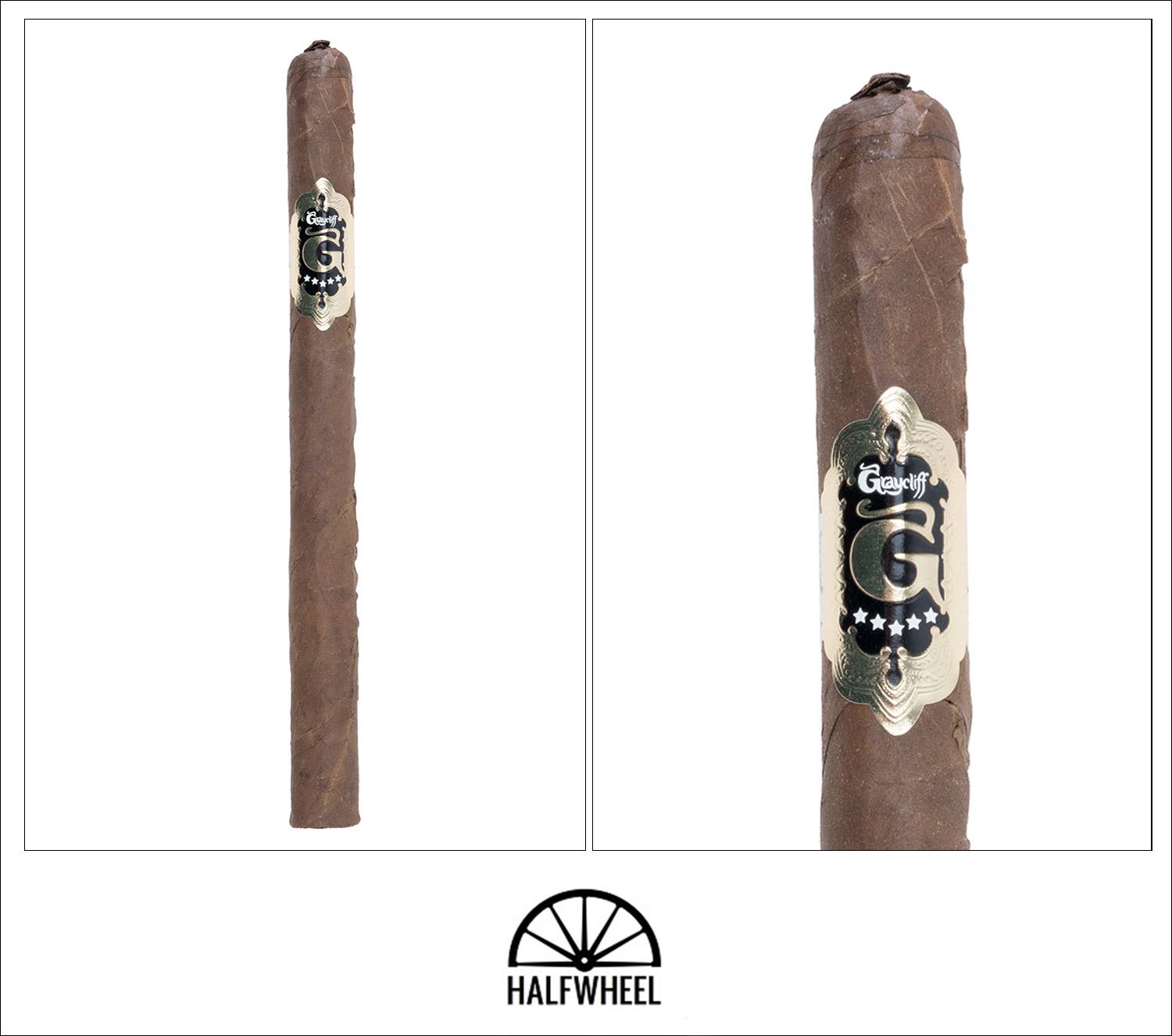 Each of the samples I have smoked have come from the same box, so it is no surprise that they all look quite similar. In fact, this particular Graycliff Espresso Elegante  features what must be one of the ugliest wrappers I have seen on a cigar: dark brown, extremely rough to the touch and literally covered in both ugly veins and knots up and down its length. The cigar is nicely firm when squeezed, but there is no hint of oil anywhere that I can see. Aroma from the wrapper is an intoxicating combination of cinnamon, dark chocolate huge, cedar, leather and earth, while the cold draw brings distinct flavors of lime juice, oak, creamy cashews, leather and hay.

Starting out, the Espresso Elegante features a strong dominant floral note, followed by flavors of hay, freshly roasted coffee, leather, anise and cinnamon. There is a very nice sweetness on the retrohale that reminds me of caramel, and it combines wonderfully with the black pepper that is also present. While the floral note remains dominant in the second half of the Graycliff Espresso Elegante, the vanilla sweetness increases noticeably as well, overwhelming the black pepper on the retrohale at times. The secondary flavors remain fairly consistent with the first half, other than a creamy cedar note that really makes itself known right after the start of the final third, easily overtaking every other flavor in the profile other than the dominant ones. The black pepper on the retrohale recedes a bit during the final third as well, and finally disappears completely about halfway through the final third. Unfortunately, a significant bitterness on the finish that overtakes the rest of the flavors that makes itself known about 10 puffs before I put down the nub with less than an inch left. 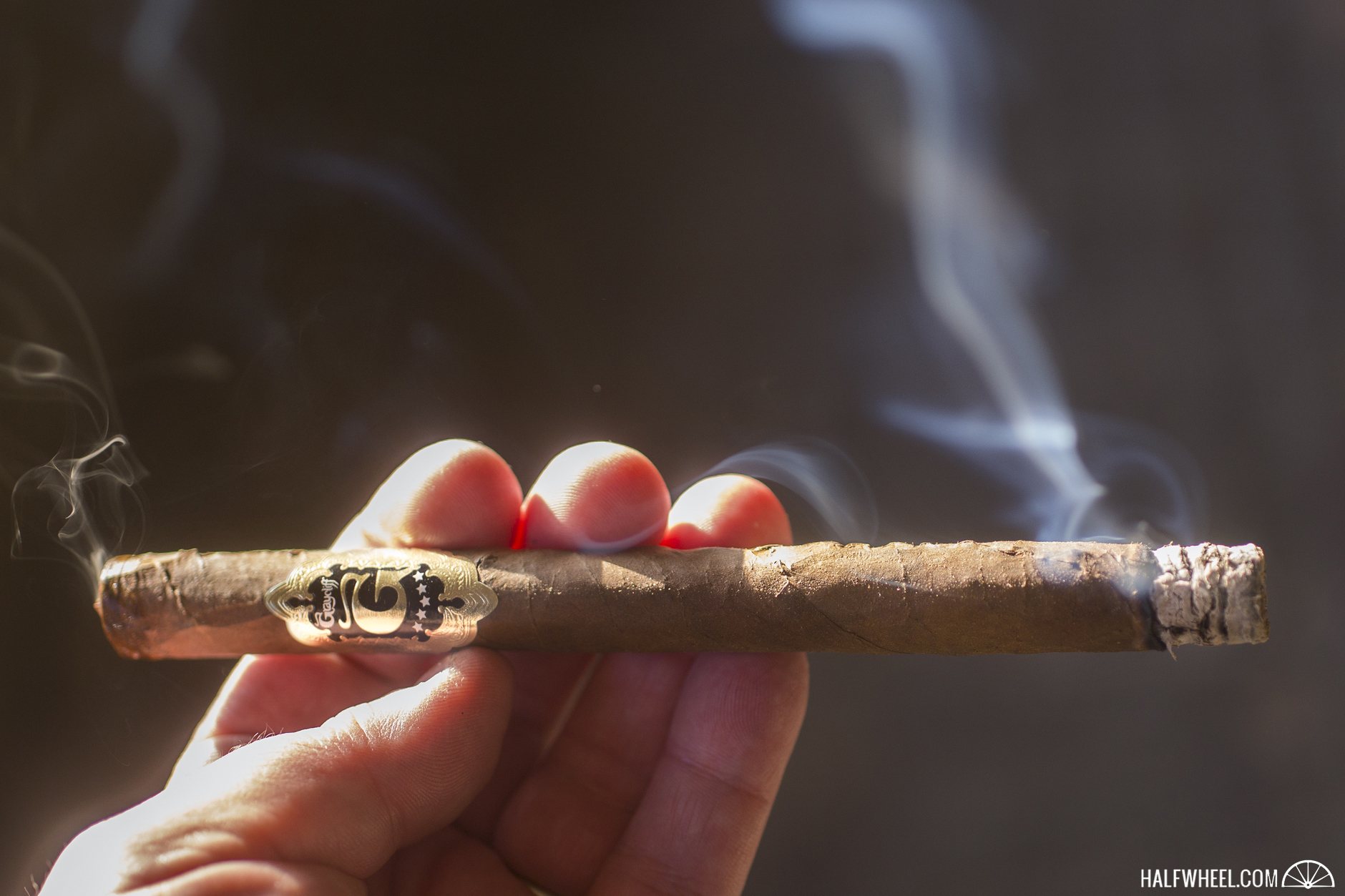 Construction-wise, the draw is excellent throughout the cigar after a simple straight cut. While the burn has to be touched up once in the second third, it’s the only issue I have for the entire cigar. The overall strength hits the medium mark early in the second third, but seems to stall there until right before I put the nub down after one hour and 31 minutes of smoking time, reaching a point just over medium.

Even after all these years smoking and reviewing cigars, it is amazing to me how a blend can change over time. Where the profile of the Graycliff Espresso Elegante  was chock full of wood and coffee the last time I smoked it, it is now significantly more floral and sweet, with an undercurrent of dark chocolate that really brings everything together nicely. Yes, there was some harsh bitterness on the finish in the last puffs of the final third that really hurt the overall score, but for the most part, this cigar still seems to have life left in it, even after all these years.