Gran Habano’s latest release is off to stores.

It’s called Blue in Green, a three-size line that the company says is designed to show cigar smokers that “a mild to medium-bodied cigar does not have to be bland.” For that, it uses a Connecticut wrapper over a Nicaraguan binder and Nicaraguan fillers. 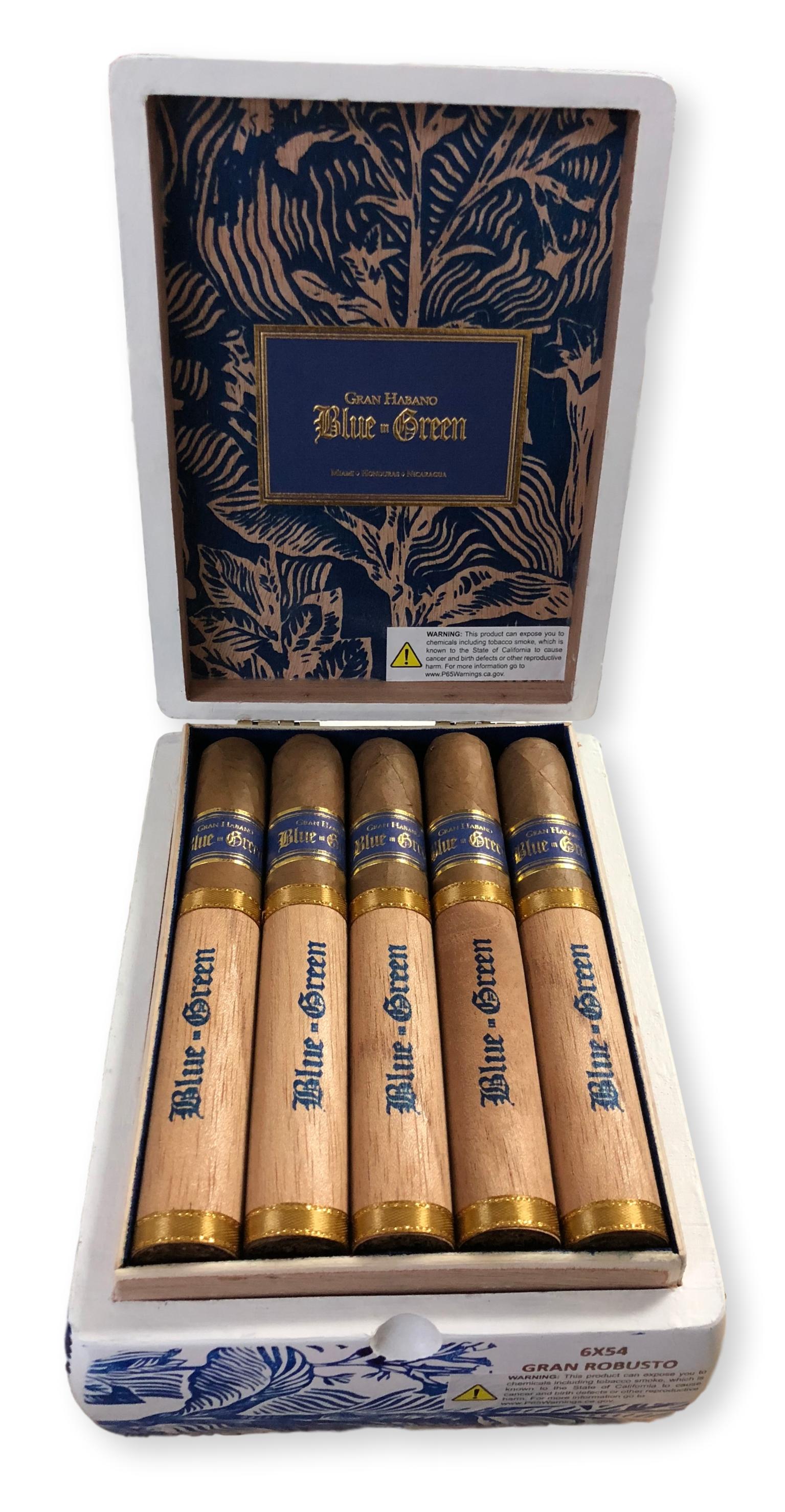 The packaging has been finalized with a band and logo that looks similar to Johnnie Walker Blue, while the box has an illustration of tobacco plants. One other change from when the company first showed off the cigars in mid-July is the price. Pricing has increased by at least $2 per cigar.