In May 2017, one of Gran Habano’s secretive releases finally got introduced to the world: the S.T.K. Black Dahlia.

It’s heralded as a full-bodied blend from George Rico, using a Nicaraguan shade grown corojo wrapper, dual of Nicaraguan habano binders and a filler that contains Nicaraguan cubita and habano tobacco, as well as Colombian and Costa Rican leaves.

The S.T.K. Black Dahlia is a regular production line and is being released in three sizes, each cedar-wrapped and coming in 20-count boxes:

The cigars are being made in Honduras at the company’s GR Tabaqueras Unidas factory in Danlí. 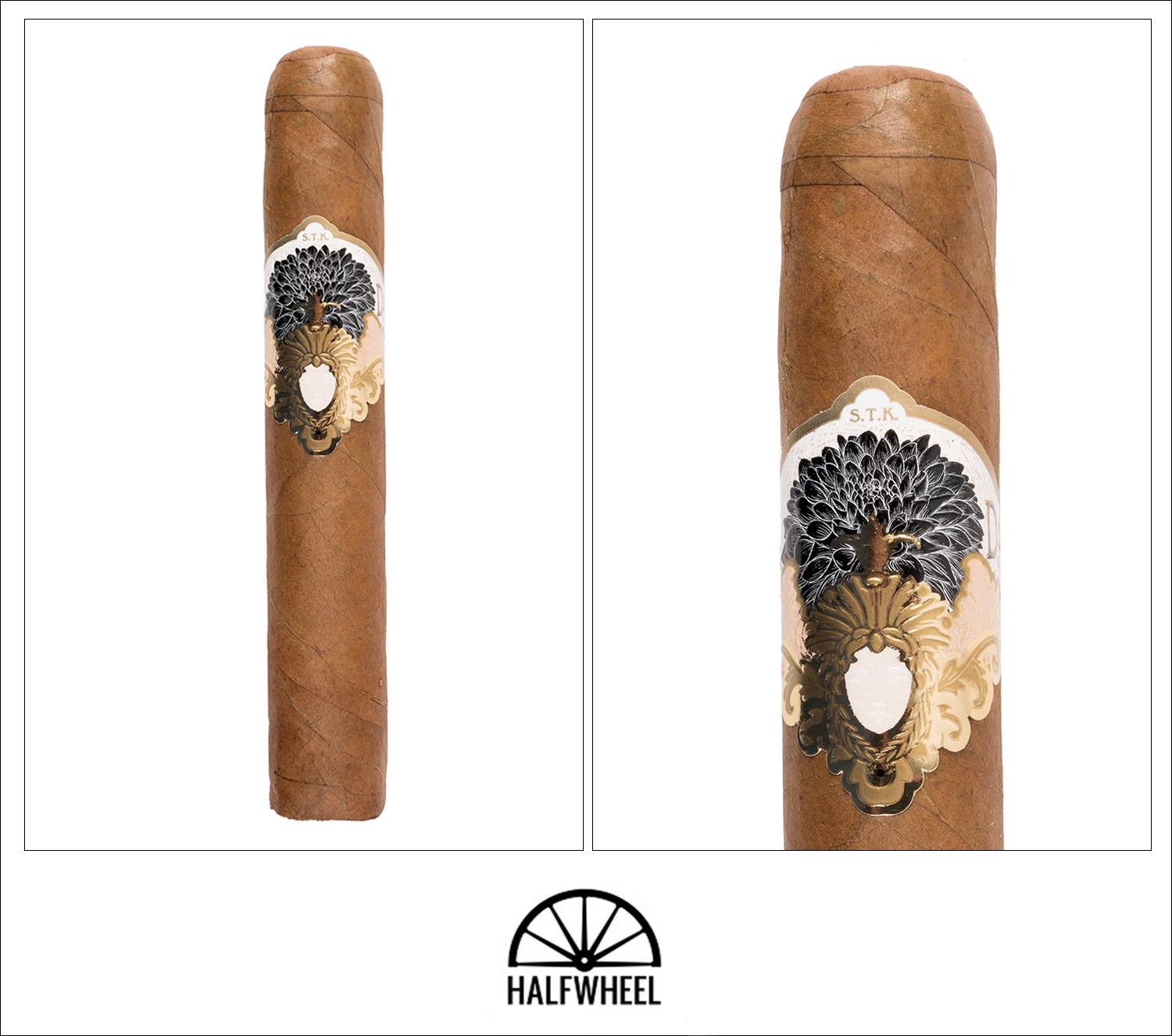 For a cigar with the word black in its name, both the wrapper and the band are almost anything but. The former is a tanned light brown with a smooth but not oily texture, interrupted by a handful of decently sized veins, while the latter is dominated by its shiny gold centerpiece, though the black plumage behind it is hard to overlook. It’s a firm, almost hard cigar, rolled cleanly with visible seams and a pronounced, fairly flat cap. The foot’s aroma is very light and slightly sweet; I don’t want to overuse the cereal reference as it seems to have come up a bit lately, but there is something reminiscent of cold milk and Frosted Flakes, albeit with a bit more body. The cold draw is good if maybe a touch loose, with the flavor a bit fuller but not as distinct, offering lightly buttered white rolls with just the slightest peppery tingle.

The first puffs of the Black Dahlia are quite good; the mix of pepper and toast are medium-minus in strength and flavor intensity but the familiarity quickly binds them with the taste buds. The first retrohale shows more of the pepper, though it’s softened by pizza dough. It’s easy to start thinking this is an Ecuadorian Connecticut wrapper based on its color and thus start looking for that flavor set, but by the one-inch mark the cigar corrects those assumptions by way of some more black pepper. There’s an interesting restraint that it shows, as the body hasn’t yet built up the way the pepper has, leaving it feeling a bit thin in the mouth, but it makes up for it with incredibly clean and untainted flavors that might not scream, but work in incredible harmony. Creaminess appears in the aroma and the retrohale before slowly emerging on the palate, giving the cigar good complexity and balance. The Black Dahlia burns well throughout the first third with just a slightly uneven burn line. 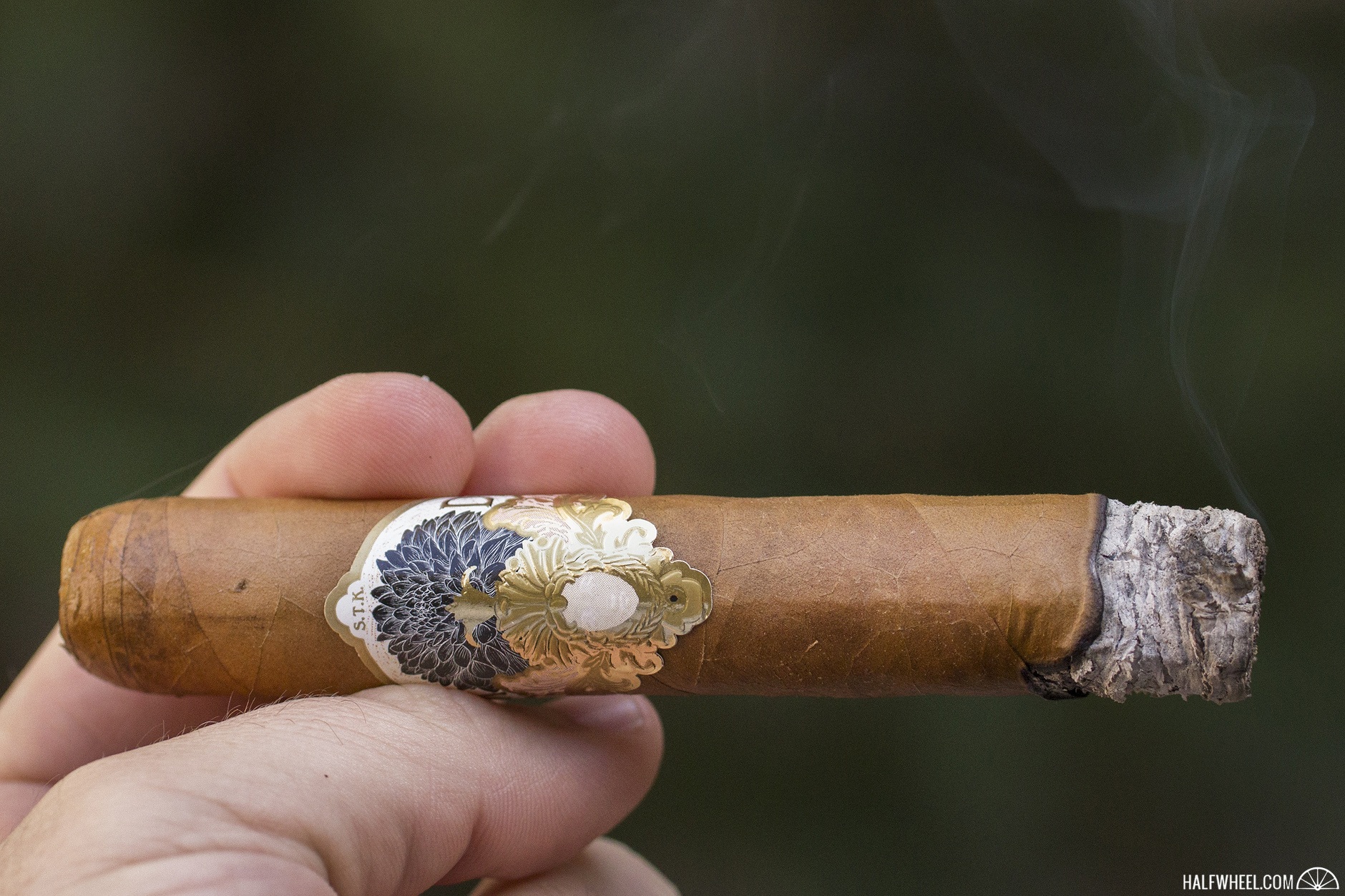 With the billing of being a full-bodied Gran Habano creation, I enter the second third waiting for the Black Dahlia to take off, yet it becomes even smoother than it was in the first third. The pepper backs off and softens without completely disappearing, and the body of the smoke finally takes a step forward and begins to match up with the intensity of the flavors. Through the midpoint, the coffee note begins to emerge, still softened by the underlying creaminess but beginning to make itself more prominent with each puff, while a damp cedar appears in certain puffs to add a bit of sweet and juicy tang that is almost perfectly complementary. It’s a profile that holds for the rest of the second third, as the coffee note appears to be on a short leash and never takes over the profile, remaining a key role player. The cigar’s technical aspects are all still quite good, with the lighter remaining on the table for all three samples. 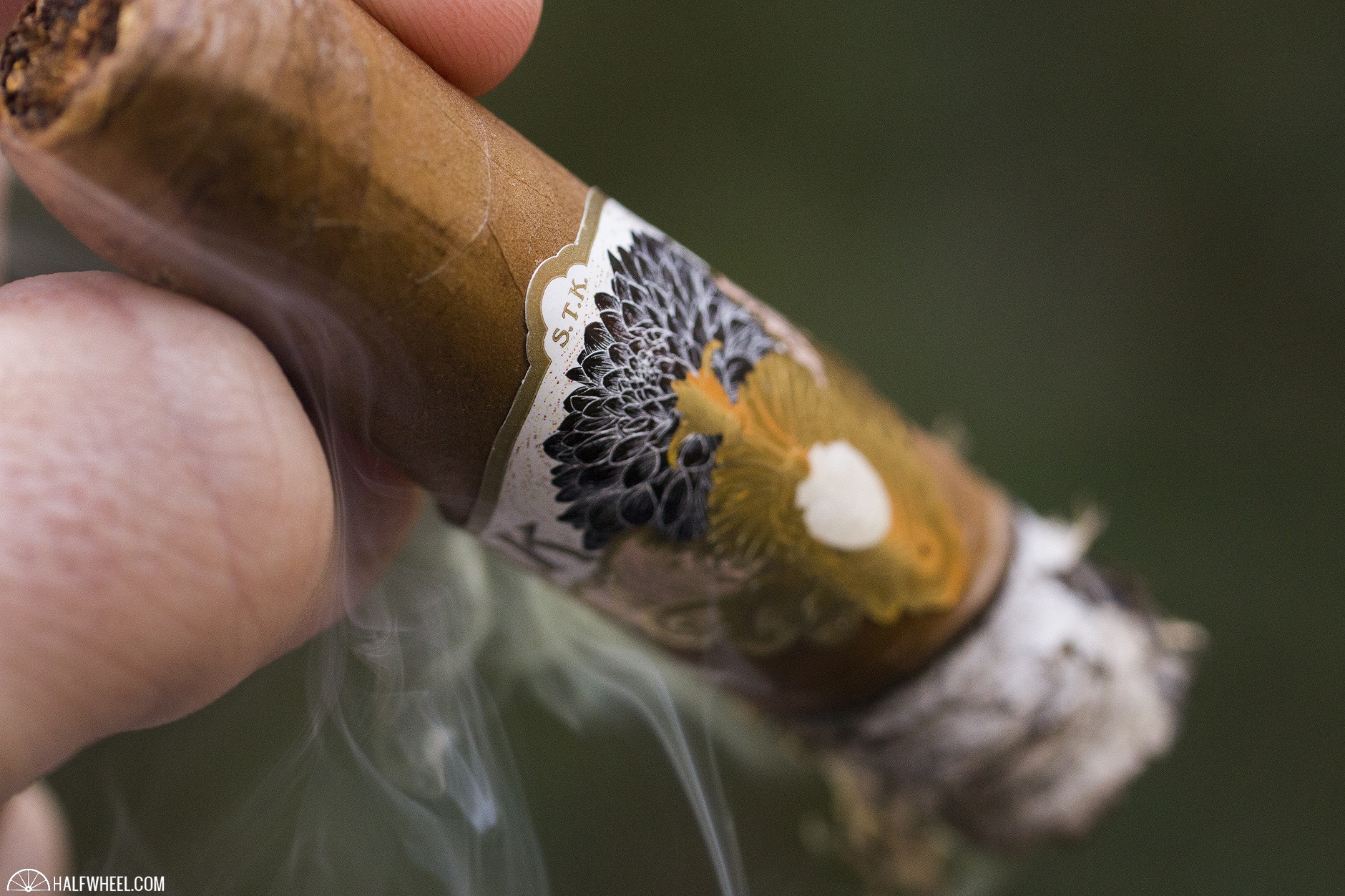 While the coffee note hasn’t developed, I do find a few puffs marked by the acidity of cold brew coffee or espresso, a quick detour from the path the Black Dahlia has established. Smoke production quickly increases past the band mark, and the flavor makes a move towards the well-worn woods of an aging room, which adds a new kind of gentle bite on the tongue. Pepper is still largely suppressed in the flavor, and now feels equally muted in the retrohale, which has picked up the doughiness found earlier and mixed it with just a bit of light earthiness. The burn line goes a bit awry in the first sample as the cigar enters its final inches, and the ash, which has been quite good and sturdy, now becomes quite flaky and begins blowing off with puffs at a somewhat alarming rate. There is some of the cereal note reintroduced in the final inch; it makes the profile a bit disjointed from where it had been, with a bit more heat and some char helping that shakeup, though it manages to cross the finish line without falling too far out of balance and with no combustion issues. 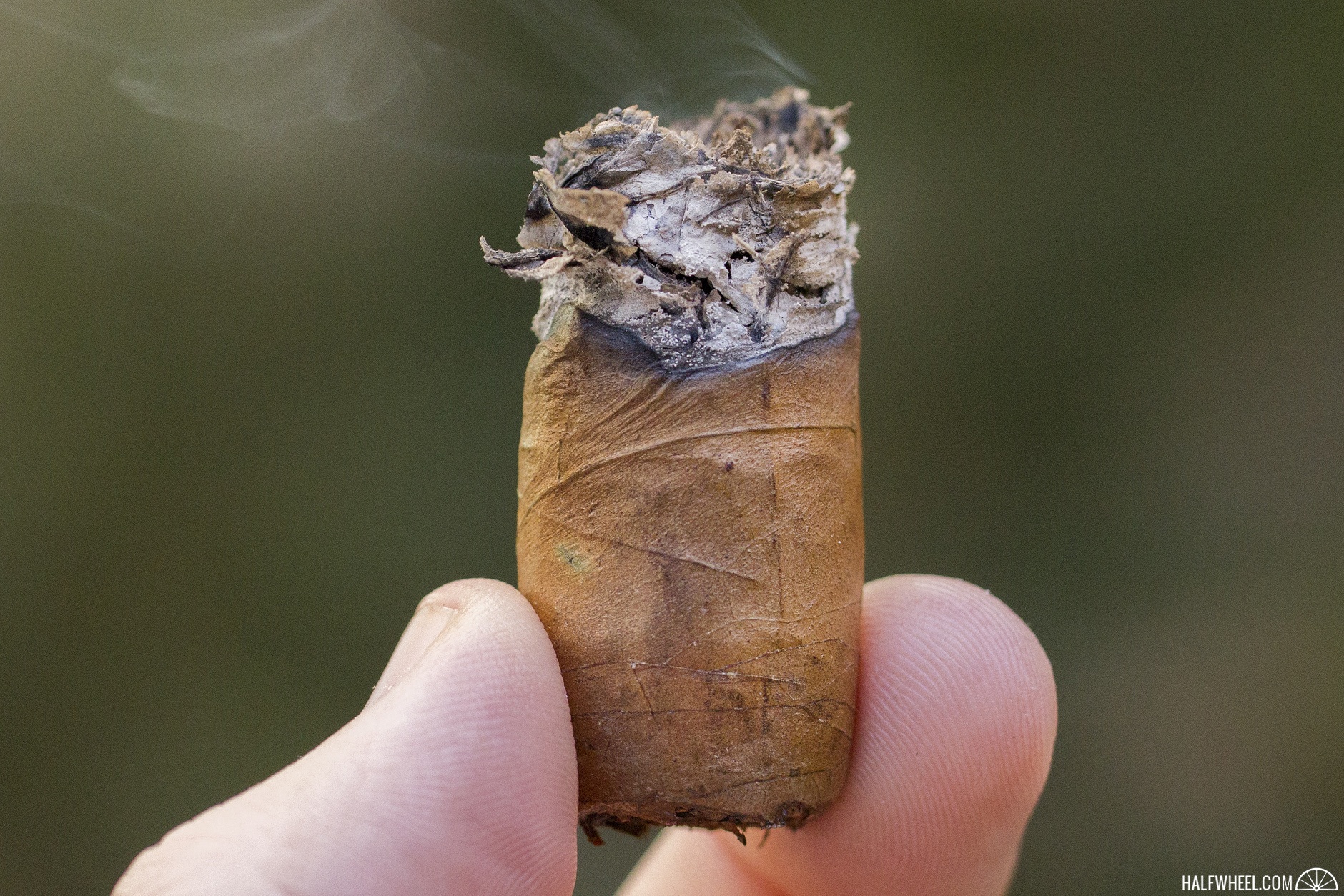 One of the things I have found about the S.T.K. collection as opposed to the regular Gran Habano portfolio is that it is a touch more refined, balanced and nuanced, and that seems to be the case again here. This isn’t a cigar where the flavors will come out kicking and screaming, but rather flow with grace and near elegance, touching complexity that is almost orchestral in that while some flavors can be easily identified, others blend in so tightly that it’s like trying to pull out the violas from the violins in a string quartet. I’m hesitant to peg this as a morning cigar, or any time of day for that matter; while it’s perfectly enjoyable no matter what you’re doing, this is a cigar that is best smoked when you have the time and focus to give it, making it the primary holder of your attention. Do that, and what gets glossed over will shine, and you’ll find that the Black Dahlia offers an impressive depth and balance that shows the refinement that George Rico is able to offer.