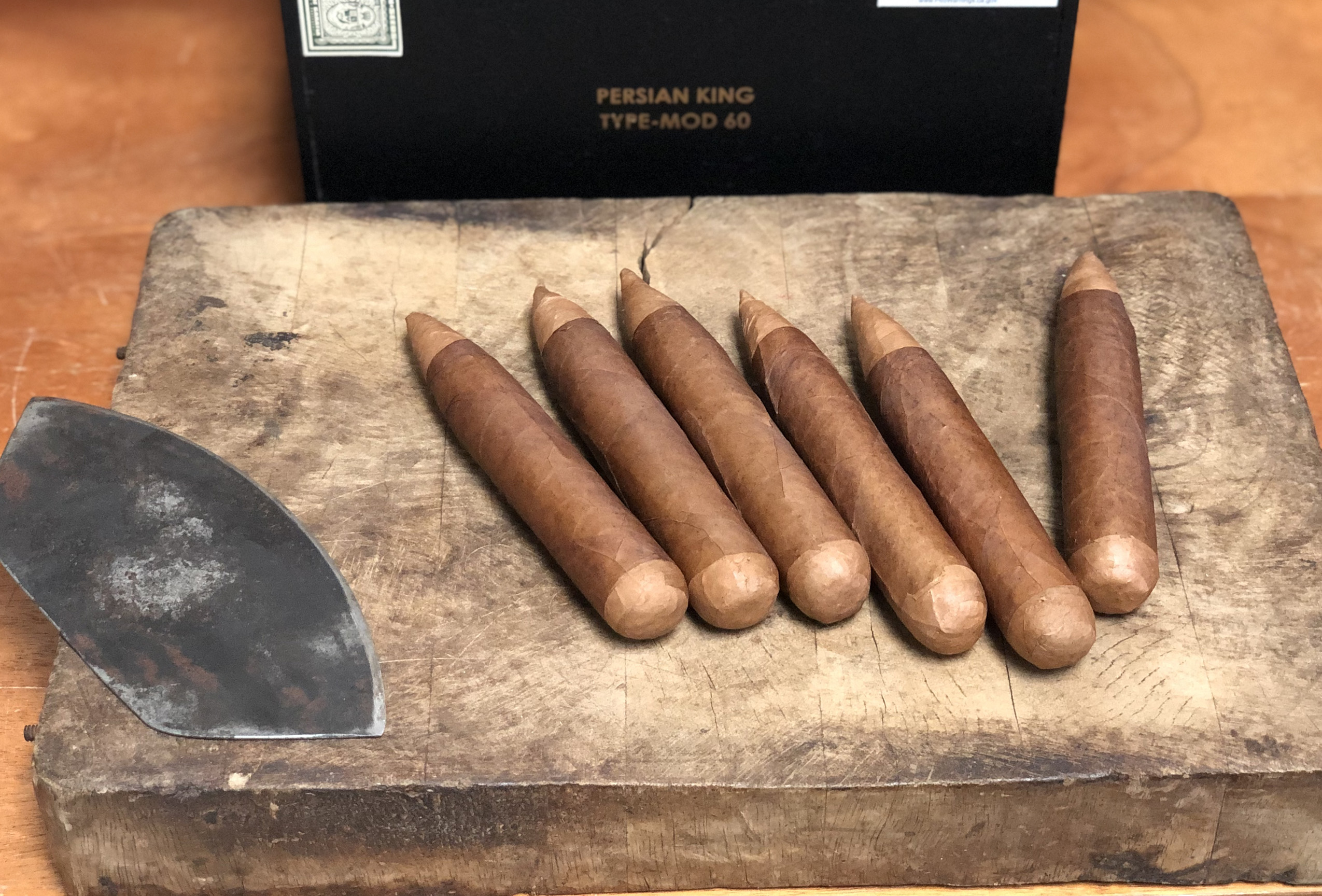 The latest addition to Gran Habano’s Persian King line not only has an interesting name, but invites the smoker to light up whatever end they prefer.

The new cigar is called the Persian King Type-Mod 60, a 6 x 60 pyramid but with also with a more traditionally capped head. That leads to a decision that needs to be made, as the company says it can be enjoyed by lighting up either end. It was a project born out of the COVID-19 pandemic, which allowed George Rico to work on some new projects that will be released later this year.

As for the blend, it is a Nicaraguan puro that uses tobacco grown on Gran Habano’s farms, including a habano wrapper, though the accents are made from Ecuadorian Connecticut leaves. The cigars are made at the company’s G.R. Tabacaleras Unidas S.A. factory in Honduras.

The Persian King Type-Mod 60 has an MSRP of $7.60 and will be offered in 50-count boxes. Shipping is scheduled begin in May.

The Persian King line dates back to around 2010, with the conventional understanding of the Persian King’s roots tracing back to the Gran Habano Shaggy, a value-priced, shaggy foot cigar. The name was met with objection by Gurkha, which had its own cigar named the Estate Select Vintage Shaggy on the market that it released in 2007. Gran Habano changed the name to Chaggy, which was once again objected to by Gurkha. So George Rico decided to wrap the foot of the cigar and call it something completely different: the Persian King.