And with that out of the way, a lengthier explanation of one of the newest lines from Gran Habano. It’s called Blue in Green, a line that is described by the company as “mild to medium” and one that is made to embody “the rich nuances of its fillers.” Like so many other Connecticut-wrapped cigars, Gran Habano was clear that it wanted to show that cigars with the lighter wrapper didn’t have to be mild and bland.

Our own coverage of the cigar shows a pretty steady progression. When Patrick Lagreid first wrote about the cigar there was no packaging to speak of. A month later Brian Burt covered the cigar’s appearance at the IPCPR Convention & Trade Show and while there were boxes, they were missing some of the gold texture that really makes the packaging pop and there were no bands. When the cigar shipped three months later, the packaging—while certainly based in what was shown off in July—looked radically different thanks to the gold textures, bands and cedar sleeves.

It’s also worth pointing out one other big change in between the time the cigar was shown off and when it shipped: the price. The cigars were originally announced at price points of $7.30, $7.30 and $6.70. 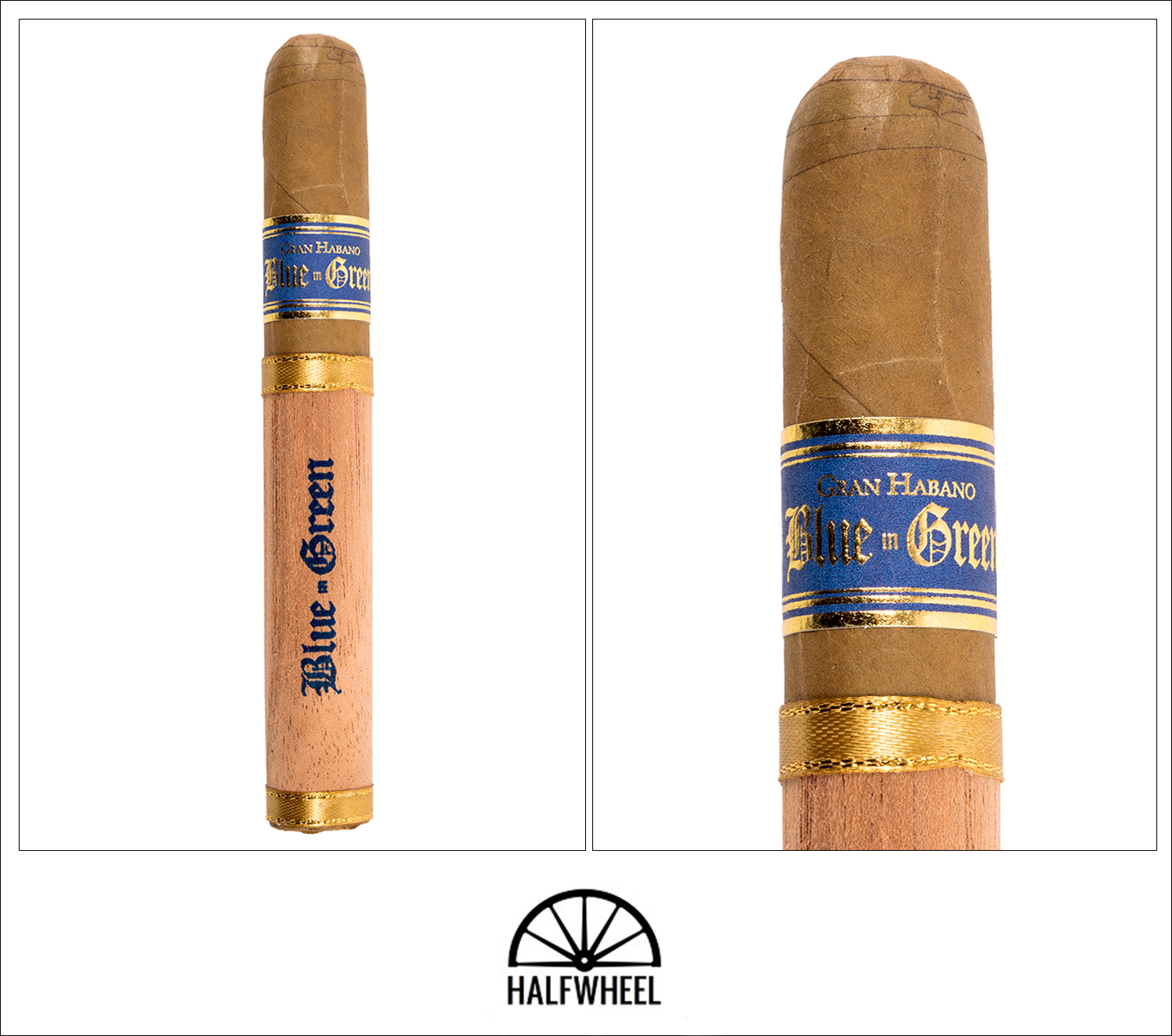 It’s a bit of a challenge to see the wrapper thanks to the band and the large cedar sleeve. Once that’s been removed, a bit of a mustard-colored leaf emerges with plenty of veins. The aroma from the wrapper reminds me of a walking into a large cigar aging room, albeit without the ammonia—just a ton of cedar over some slightly sweetness and creaminess around medium-plus. The foot is dominated by oatmeal cookie over a bit of cedar, somewhere around medium-full. There’s some sweet raspberry green tea, some floral flavors and a really sharp wasabi pepper, the latter of which disappears after the fifth or sixth pepper. It’s much more flavorful than both the wrapper and foot aroma.

The Blue in Green begins with some sweetness around the tongue, lots of floral flavors and barnyard; creaminess, syrup, a bit of raspberry and then a lot of cedar on the finish. Intensity-wise, the flavor starts medium-full, though it begins ramping up as the first inch or so burns down. Profile-wise, it shifts to more of a soggy oatmeal and chocolate mixture with secondary flavors of creaminess, earthiness and small amounts of black pepper, although the pepper fades in and out. The retrohale has a naan bread like flavor along with some elderflower, a weird but pleasant mixture. Flavor is full, body is full and strength is medium-plus. Construction is incredible: a great draw, above average smoke and an incredibly even and consistent burn. 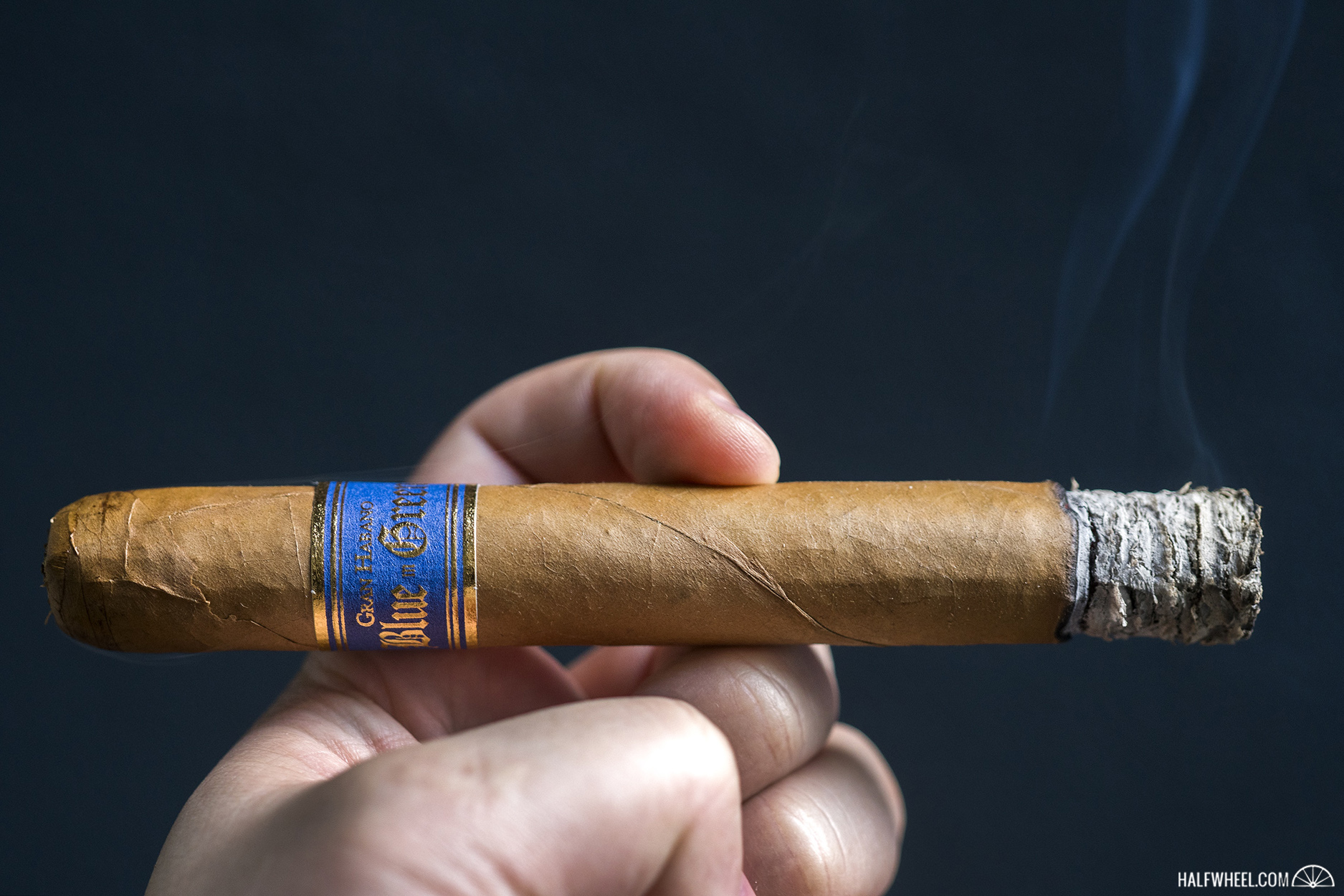 While it’s a pretty big shift in terms of the flavors, the balancing act between somewhat dry, savory flavors and sweet continues into the middle portions of the Gran Habano. Earthiness, peaches and bread are the flavors upfront, ahead of some remnants of the soggy oatmeal sensation from earlier. Retrohales are extremely refreshing thanks to a large heap of lemon. There’s a mild amount of paprika, but no defined pepper outside of a small amount of it in the back of throat. Flavor is full, body recedes a bit to medium-full and the strength is medium-plus. There’s no change as far as the construction, it continues to be flawless across each sample. 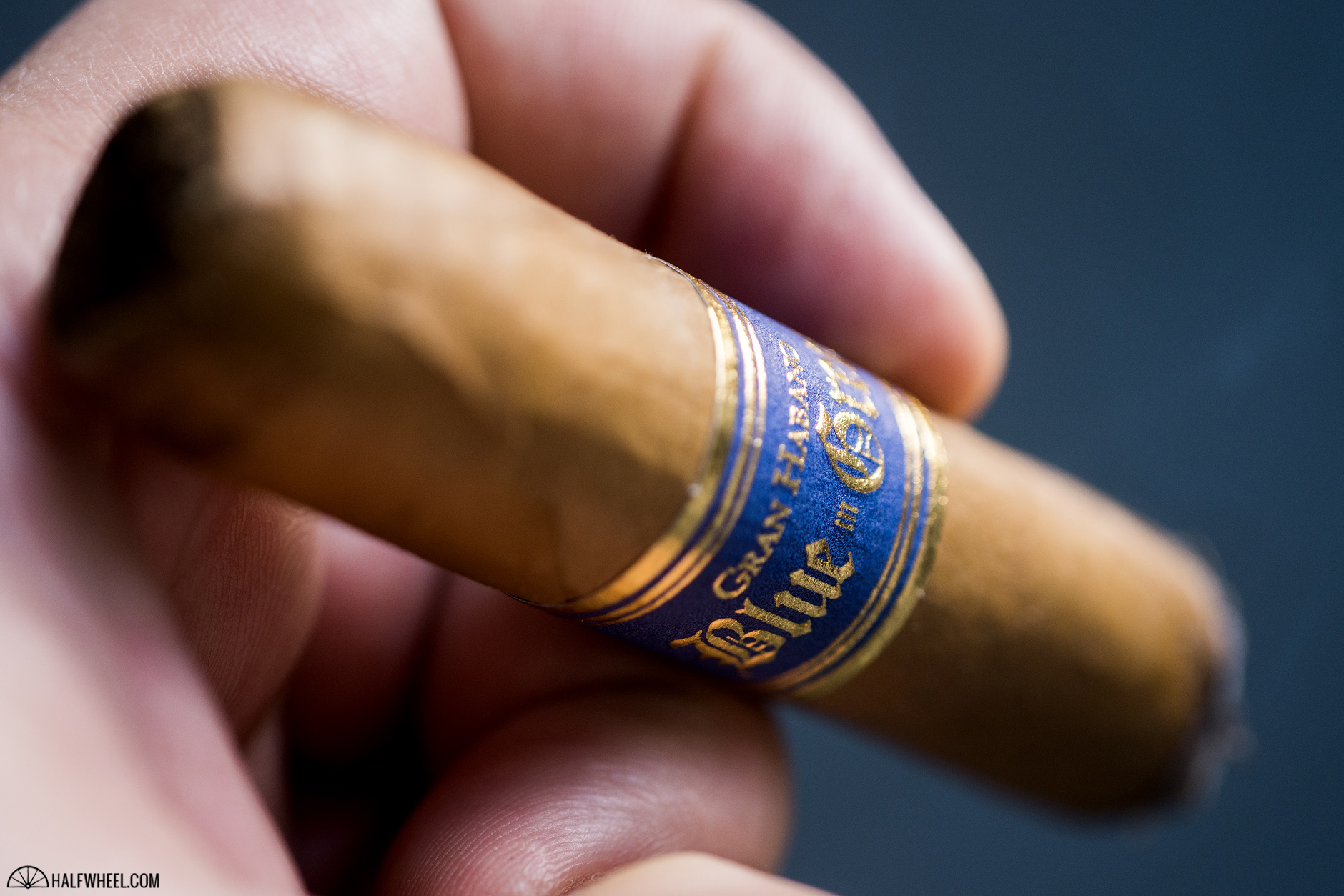 Herbal flavors are present on one cigar, but they fortunately don’t stick around beyond a handful of puffs. The final third of the Blue in Green shifts to be much sweeter than the earlier portions, though the main flavor is now cedar. Behind it, there is white pepper, naan bread and a bit of a watered down bourbon characteristic on the finish. Lemon still remains on the retrohale, though it’s both less refreshing and less intense than before. Flavor and body both finish at the full level, while strength is medium-plus, although getting closer to medium-full. Construction remains fantastic, ending each cigar without any imperfection.yynn j

The early candidate for “cigar that was most enjoyable to smoke of the year” is the Gran Habano Blue in Green. Flavor-wise, it’s probably not the best cigar I’ve smoked this year, but put everything together and it’s the clear winner. It seems quite rare these days that we can take three cigars, smoke them and never have to once think about construction issues, but the Gran Habano Blue in Green was that exception. Well-made, well-balanced and decently flavored, I’d recommend this cigar more than the score will inevitably suggest.