When GRAMM Works first debuted its aluminum tube travel humidors a few years ago, I remember my first thought—it looks cool, but I wondered how loose cigars would avoid getting damaged in what is a large metal tube with no padding. I had other concerns: the price, scratching, usability, trying to take it through airport security and the price. Yet, after more than a month of traveling with it, I’m actually pleasantly surprised. 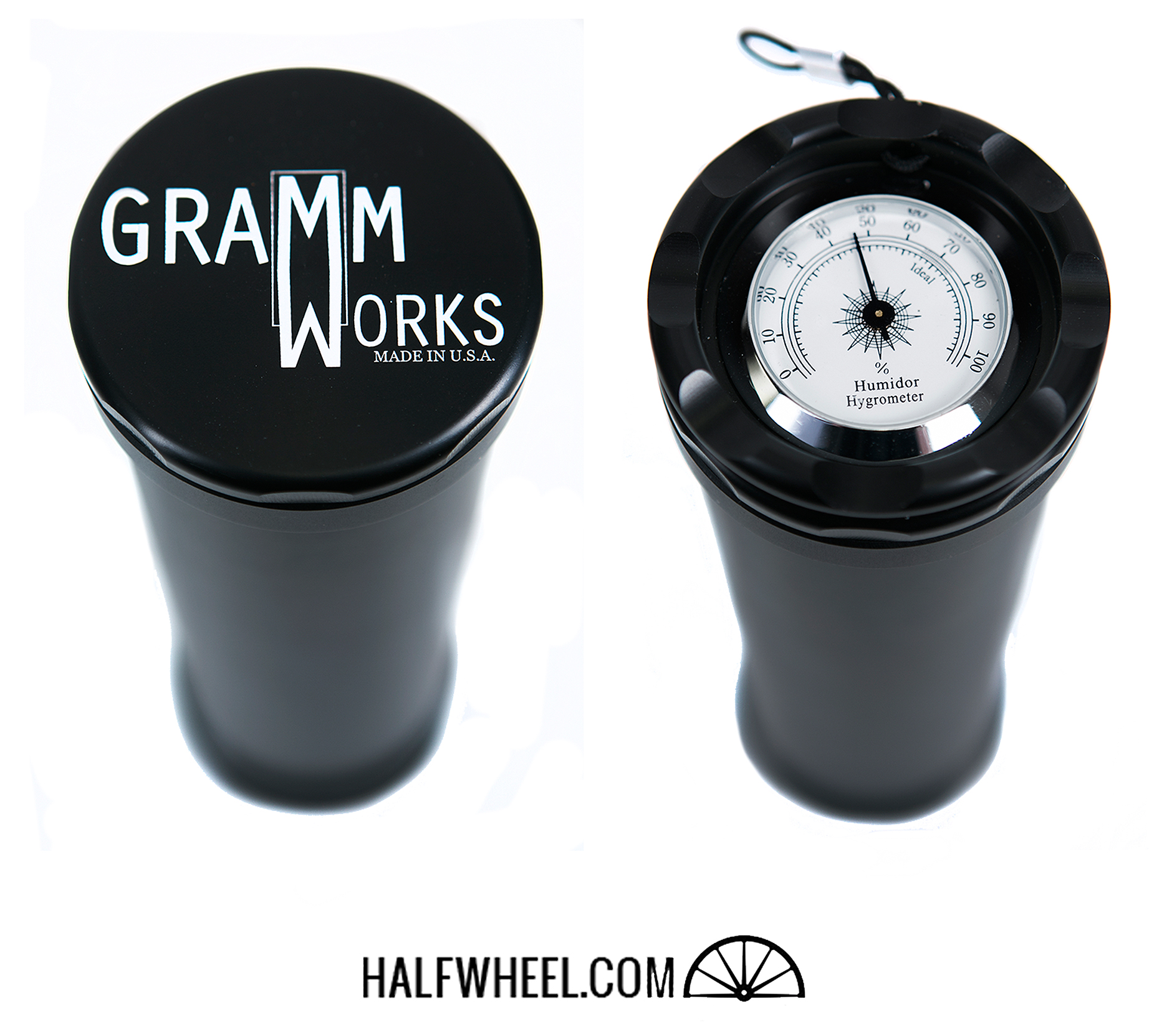 The concept is simple and a bit ingenious. An anodized aircraft-grade aluminum tube is lined with cedar inside and open on both ends. Two caps screw on, one with an analog hygrometer and the other one with the GRAMM Works logo on the outside and a special container for a small Boveda pouch inside.

On the Enthusiast cap, the hygrometer is placed in a cap that looks similar to a round ashtray with edges on the outside. While it serves as a way to hold your cigars, it also prevents the hygrometer’s glass from ever touching the surface. The Aficionado is much the opposite, with the metal following the curvature of the hygrometer and creating a lower profile. It leaves the hygrometer exposed and does not feature the same ability to rest your cigar.

The Standard is a flat cap with no hygrometer. Pricing is set at $15 for the Standard, $30 for the Aficionado and $35 for the Enthusiast.

The company offers a build-your-own option that allows you to customize between three different-sized tubes, including four different colors in the six and seven-inch models, and four colors in each of the three different style of caps. There’s also a gunmetal tube that the company sells in its seven inch model for pre-built models, making for a total of 112 different combinations.

Pricing starts at $47 ($32 for the tube and $15 for the cap) for the most basic five-inch model to $77 for the seven-inch model with Enthusiast Caps and $80 for the gunmetal “pre-built” version. The company will also engrave custom text for $10 and offers options for logos. I was sent the company’s black seven-inch Churchill Tube. All together, it’s actually just over eight and a half-inches in total with both caps on. The numbers discrepancy is easily explained though, the seven inches refers to the maximum length of a cigar inside without it being crushed.

It’s pretty simple: take the included Boveda out of its plastic, screw off the inside of the end cap, place the Boveda inside, screw the billeted screen back in, and then screw the end cap on. The other side intuitively screws on and you are ready to go. I didn’t bother with seasoning and could not find any adverse effects of going without it. I imagine due to the thinness of the cedar lining it was not necessary at all. 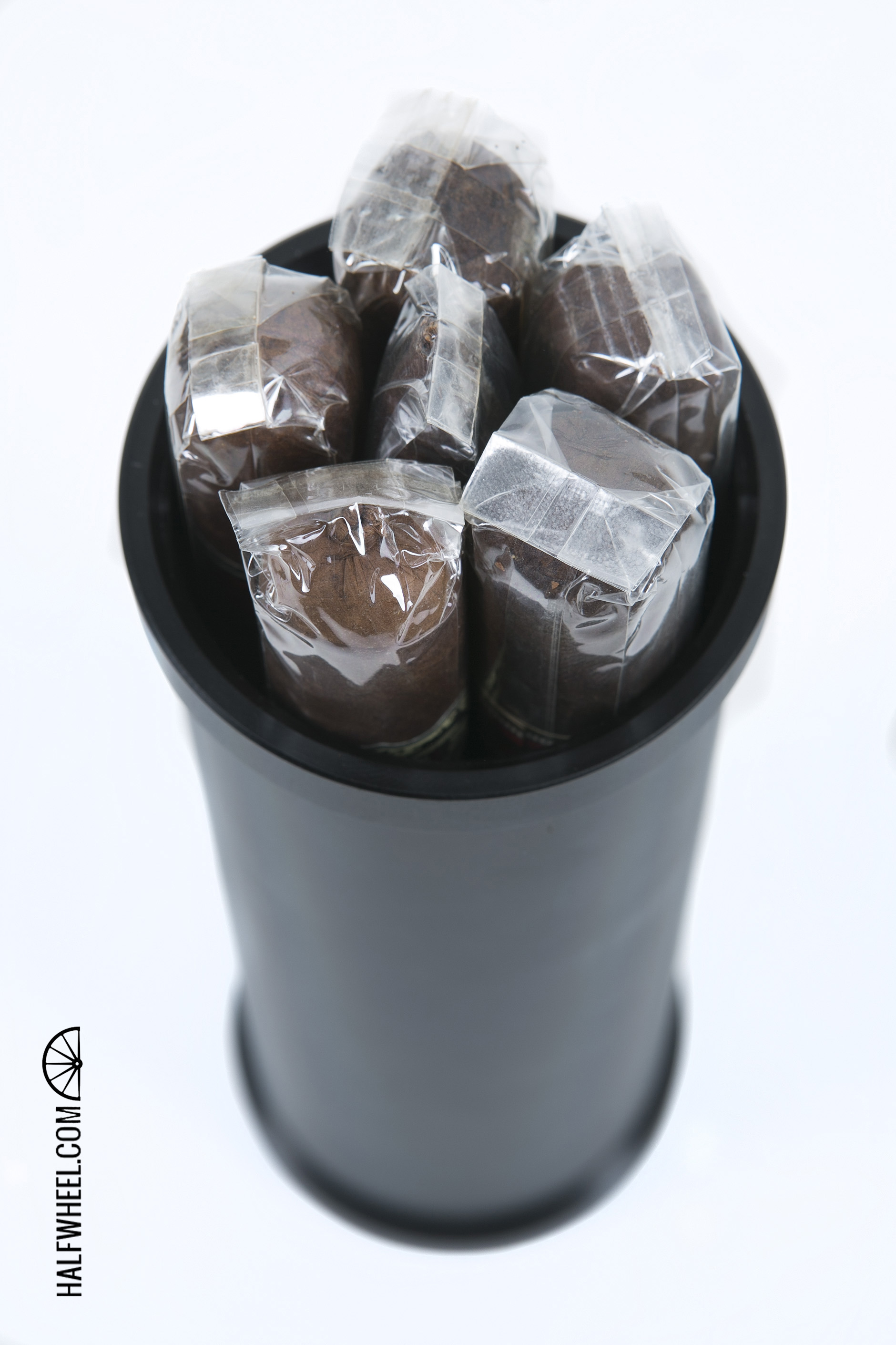 My largest concern with the GRAMM Works humidor was cigars sliding around in the humidor, particularly those not in cellophane. With a single robusto not in cellophane, this is an issue and I ended up with quite a bit of tobacco shards at the bottom of the humidor.

However, if you are carrying four or five typically-sized cigars, even without cellophane, you can avoid any issues as there’s enough friction to prevent the cigars from moving up and down. While there was a solution, it’s the GRAMM Works tube’s greatest limitation. The Spanish cedar inside is a nice touch and I imagine does more work providing an aroma than it does any sort of humidity protection, but that’s fine. With one small Boveda packet in a sealed environment, the GRAMM Works tube works well, which was expected.

From my experience, I would recommend against getting the hygrometer. It adds more weight and size to the GRAMM Works tube, and while I found it to be calibrated properly, if you are using Bovedas—it’s just not necessary in my opinion. It’s also $20 more, although I enjoyed having the cigar holder.

I know the term “aircraft-grade aluminum” gets thrown around a lot, and I’m sure there’s some debate about what it actually means, but I like the metal being used here and was shocked that after over a month of use, there’s not a single scratch on the device.

Multiple trips through security didn’t result in me being asked what was inside, which was nice, as it does remind me a bit of a pipe bomb. I also was able to easily open the device after leaving the aircraft, which is not always the case with travel humidors following air travel. 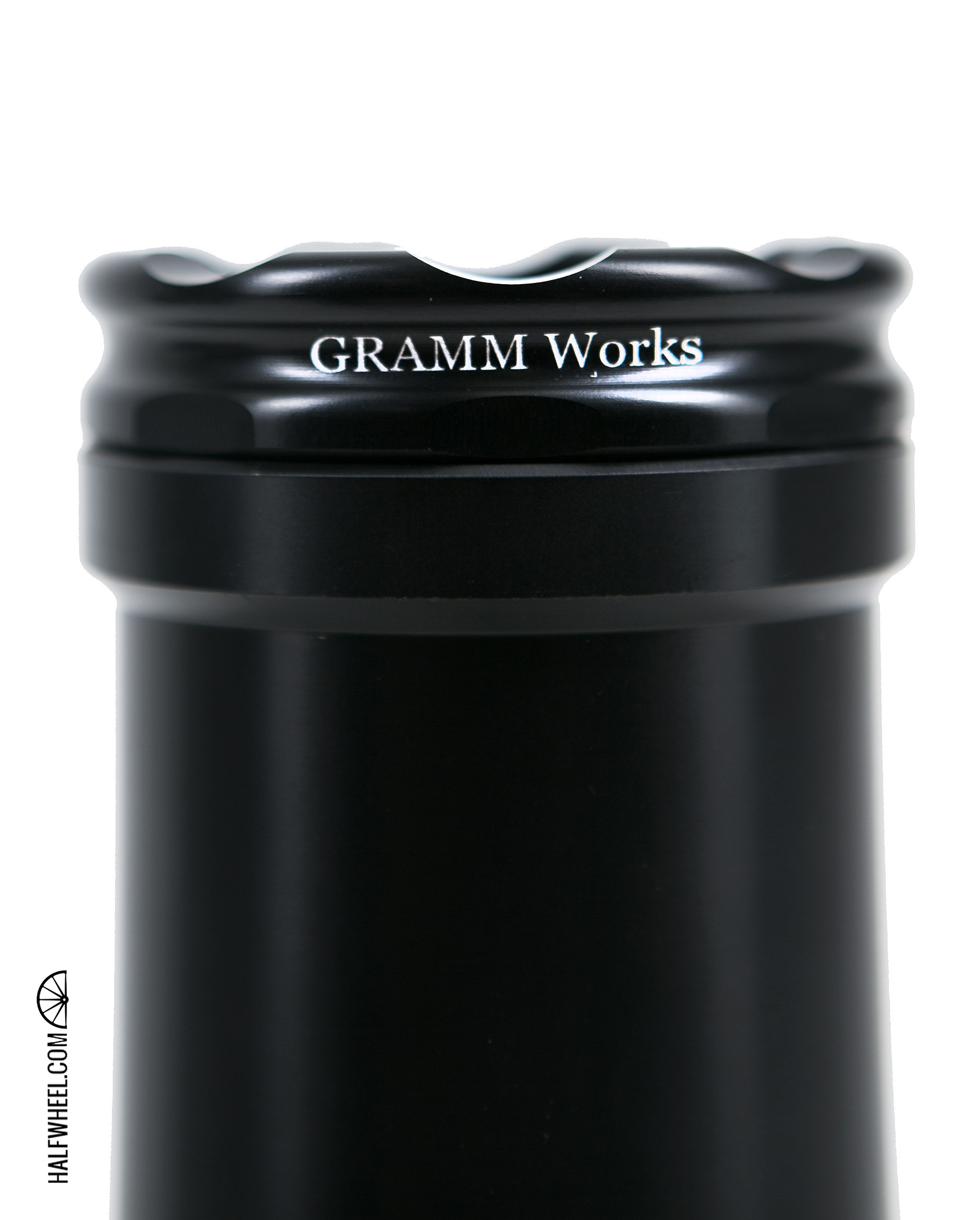 After more than a month of use, my issues with the GRAMM Works have been reduced to a smaller list of lesser seriousness, but there’s still a few worth mentioning if you are considering this purchase.

First, it’s not terribly efficient in both size and price. Slipping it into the bottom of a backpack works, but as far as carrying just the aluminum tube around—that’s probably out of the question. It’s much heavier than any other travel humidor I can think of made to carry the same amount of cigars.

The price doesn’t work out well in the cigars stored versus dollar equation, but if you are buying this device, it’s likely more for its appearance than anything else. For less money, Armored Humidor and XIKAR will sell you Pelican-style cases that store between 15-24 cigars. They are entirely different products, but they do accomplish the same task: protecting your cigars.

And that is still my largest issue with the GRAMM Works aluminum tube humidor. While it is beautiful and well-made, there are severe limits to how it works. For example, I would never recommend taking this on a vacation. If you only bring five cigars and have to continue moving with it, you will eventually get down to three or less cigars, which will likely mean they will move relatively freely within the tube.

Even in my use, I have already noticed how I use the product. It’s great for bringing home four cigars from the office on weekends, but if I’m just going to take two, I don’t use it.

I left one cigar without cellophane in the GRAMM Works tube, which I then placed in my backpack for three days of normal use—mostly back and forth to the office. After three days, the cigar is more than smokeable, but there was also quite a bit of Dominican tobacco at the bottom of the tube and a visually-noticeable amount of the filler missing on the cigar. Those are my warnings with the GRAMM Works tube. It’s a product with one major flaw in my opinion, but it’s hard to compare this with the polycarbonate and styrofoam travel humidors. On a recent trip to Nicaragua, I traveled with both the GRAMM Works and my standard Armored Humidor. The GRAMM Works was great for throwing in my bag for the day, while the Armored Humidor did the job of transporting cigars on the airplane. I imagine for most GRAMM Works owners, this is going to be how it is. Not your only travel humidor, but definitely the most-talked about.

Disclosure: The sample used for this review was sent to halfwheel by GRAMM Works. Boveda, whose products are included with GRAMM works, is a site sponsor.