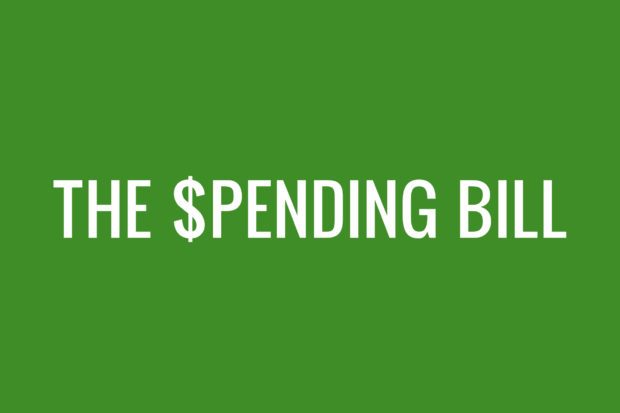 Why The Government Spending Bill Is Important to Cigars, An Explainer

Those things are all important to cigars.

It’s the end of the year and as has become common in U.S. politics, that means time is dwindling down for the U.S. government to pass a funding bill to avoid the dreaded “government shutdown.” As has become norm for this site, we’ll be covering the funding bill because it could be the largest win cigar smokers have had in their fight against regulations from the U.S. Food & Drug Administration (FDA).

The short version goes like this: the funding bill could include language that would prevent FDA from regulating premium cigars and/or change the grandfather date for regulated tobacco products, including cigars.

Unfortunately, the answers to will, when, and how it could happen are a lot longer.

HOW DID WE GET HERE?

Earlier this year, the U.S. House of Representatives passed a funding bill known as an omnibus, a singular bill that contains a variety of other funding bills that are essential to keep the United States government—and various crucial branches and agencies—funded. In that bill was language regarding the funding for FDA that would prevent FDA from doing two things:

1. FDA would no longer regulate “premium cigars.” This covers most cigars you see in a humidor, you can see the definition here.

In order to receive its funding, FDA would have to comply with those two stipulations, as well as other changes that affect various things the agency does.

SO IT PASSED THE HOUSE?

It did. The bill passed the full House of Representatives. However, it was really just a draft. The bill will still need to pass the Senate before it goes into effect. That hasn’t happened yet and to be quite honest, the hard work hasn’t started.

BUT THE REPUBLICANS CONTROL THE SENATE?

They do. However, passing an omnibus requires a lot of political horse trading. Typically, leadership of both parties and in both chambers meet in closed door meetings to negotiate out the minutia of the omnibus. This process is done in good faith, so that once the omnibus is finalized, the bill passes and the government avoids a shut down, something most people view as problematic.

The Republicans can afford to lose just 23 votes in the House, meaning if the Freedom Caucus opposes leadership’s plans, it won’t pass without Democratic support.

On Monday, Dec. 4, the Freedom Caucus almost collapsed a procedural vote regarding a short-term funding bill that would give lawmakers time to negotiate the larger omnibus bill.

The Freedom Caucus wants to extend the vote and negotiations on the larger omnibus bill until January because it believes it will have a much greater chance of reducing spending after Congress completes work on the tax bill and isn’t strapped with a holiday deadline. House Speaker Paul Ryan, R-Wis., and others in Republican leadership would prefer to wrap up the funding bill before the end of the year because it would likely reduce the risk of a government shutdown.

On Thursday, a two-week temporary spending bill, known as a continuing resolution (CR), was passed and signed into law on Friday. This gives Congress until Dec. 22 to pass the real spending bill.

SO THE DEMOCRATS GET TO HAVE A SAY

There’s a chance the Freedom Caucus won’t vote for the omnibus regardless of when the vote is. It’s particularly unlikely they will support one that gets voted on before the end of the year because it’s likely to include special carve-outs for specific legislators, i.e. pork.

Furthermore, the spending bill can be filibustered in the Senate, so there will need to be at least some Democratic support in that chamber and potentially, if not likely, in both.

This means the Republicans will have to work with Democrats to keep the government funded, something that is generally bipartisan.

The Democrats have made it clear that a solution for Deferred Action for Childhood Arrivals (DACA), a program that allows for minors who either came to the U.S. illegally, or stayed illegally, to have a legal pathway to stay in the country, must be included as part of the funding bill. The group affected by this is known as the dreamers.

Republicans have stated that won’t happen.

Eventually, this will have to be negotiated or the government will shut down. If Democrats stand their ground, it’s likely to be the most contentious part of the negotiations about the larger funding bill; the problem is, the Freedom Caucus has already begun to derail things that weren’t expected to be contentious.

SO WHEN COULD THE GOVERNMENT SHUTDOWN?

SO THE CR PASSED, WHAT NOW?

Congress is likely going to turn their attention to the tax bill, not the spending bill.

While separate bills have passed each chamber, the bills are drastically different and the Republicans will need to negotiate a variety of issues out for that. Republicans hope they can send the revised tax bill to President Donald Trump by Christmas so that he can score a legislative victory before the end of the year.

However, it’s unclear whether the tax bill could clear the Senate at the moment.

There are a lot of potential scenarios about how Congress spends its narrow window of the artificial deadline on the tax bill and the very real Dec. 22 deadline for the spending bill. Both processes will require a lot of time and negotiation, meaning the spending bill’s future is very much related to tax reform at the moment.

BUT WHEN WILL WE KNOW ABOUT THE CIGAR PART?

Not until the very end of the spending negotiations most likely.

Negotiations surrounding the omnibus traditionally goes down to the last minute. Members of both chambers and both parties will negotiate behind closed doors about what they are willing to include and what they aren’t. This means an hour before the text is published, something could be in the bill one minute and out of the bill 30 second later.

While there’s no specific date, it’s highly unlikely we would know anything until after the tax reform bill is resolved.

Many people in D.C. may claim that they know whether something is in or out in the days and hours leading up to the publishing of the text, but it’s not particularly accurate.

SO WHAT HAPPENS IF THE LANGUAGE IS INCLUDED?

Assuming the cigar-friendly language stays in, once the bill is signed into law, the new rules take effect.

Technically, the language is only good through the next funding bill, which would expire on Oct. 1, 2018.

However, the consensus is that once the language is passed, it’s challenging for it to be removed in the immediate aftermath. There’s no guarantee that if it passes it will be included for FY2019, but the cigar industry would gladly play those odds.

FDA wouldn’t be able to regulate cigars through Oct. 1, 2018. That means new product would be able to come into the market legally, no warning labels would be required, and presumably user fees would not be owed for the period, though the latter isn’t clear.

It’s likely that the cigar industry trade groups will meet with FDA to discuss the potential impacts of this delay, as it could cause a massive headache for cigar makers, particularly if the potential exemption was not extended for FY2019.

In addition to the user fees, it’s unclear what would happen to new product. Cigar makers would be allowed to import and sell the product prior to Oct. 1, 2018, but after that it is vague at best. Without special guidance from FDA, it might very well be the case that a product could be legal on Sept. 30, but illegal on Oct. 1—all while it is sitting on the shelf at a store.

As for changing the predicate date, it seems likely that the change would be permanent, though I’m not an attorney.

IS THERE A CHANCE THE EXEMPTION PASSES BUT NOT THE GRANDFATHER CHANGE? (AND VICE VERSA)

AND IT WOULDN’T AFFECT ALL CIGARS?

Some small cigarillos might be left out of the exemption, but almost every cigar you find in a humidor, flavored or not, would be covered.

As for the predicate date, all cigars are included.

DIDN’T THIS HAPPEN BEFORE? AND FAIL?

Ultimately, if leadership in either party plays enough hardball during the process language could be removed, but the chances are presumably slightly better than before.

WHAT DOES BIG TOBACCO THINK OF ALL THIS?

In short, if premium cigars get exempted, the remaining cigars, i.e. small cigars and cigarillos, would be subject to paying for all user fees for the category, $66 million for FY2018. At the moment, those costs are split between all types of cigars, but removing premium cigars wouldn’t reduce the $66 million number.

As for the predicate date change, at least some representatives at larger tobacco companies tell me they’d be in favor of this changing, though I don’t really understand their logic.

SO WHAT’S THE CHANCE THIS HAPPENS?

No one really knows, probably not even Paul Ryan.

The omnibus process is a complicated and ever-changing one. If I’ve learned anything covering it over the last few years, it’s that things change quickly. From what’s gone on so far, it seems like this year’s omnibus could be even more complicated and contentious than the previous years we’ve covered, leading to even more uncertainty.

IS THERE ANYTHING I CAN DO TO HELP?

Contact your senators urging them to include Section 752 in the spending bill is the advice we’ve gotten.

BONUS QUESTION 1: WHAT ABOUT THE LAWSUIT?

BONUS QUESTION 2: WHAT ABOUT (S)CHIP?

The Children’s Health Insurance Program (CHIP)—which raised the federal excise tax on cigars to 52.75 percent of the wholesale price, capped at 40.26 cents per cigar—still doesn’t have future funding, though it did receive funding as part of the temporary two-week extension.

However, the tax will remain in place barring some massive changes.

“Tax itself is statute,” said Daniel Trope, director of federal government affairs for the International Premium Cigar and Pipe Retailers Association (IPCPR), in a text message to halfwheel. “If anything, (the money will) just go to general treasury but the tax remains in perpetuity.”