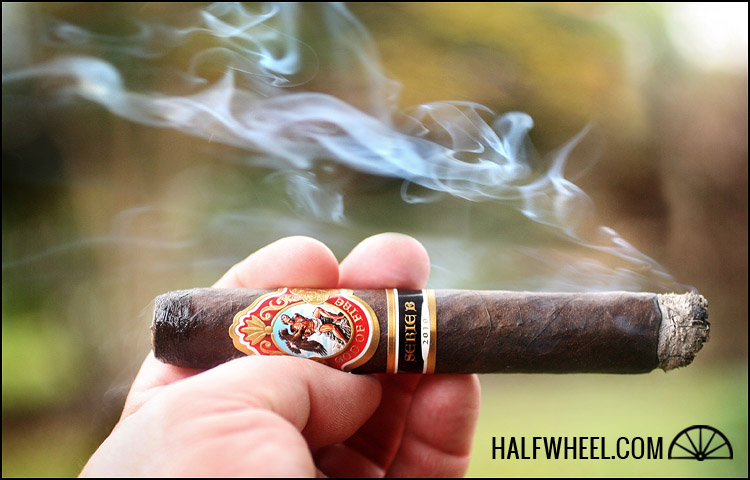 At the 2011 IPCPR Convention & Trade Show earlier in the year, one of the most anticipated releases of the year is the God of Fire Serie B, which uses a Connecticut broadleaf maduro wrapper and the other cigar in the release uses a Ecuadorian sun grown wrapper.

In Greek mythology, Prometheus (Greek Προμηθεύς, “forethought”)[1] is a Titan, the son of Iapetus and Themis, and brother to Atlas, Epimetheus and Menoetius. He was a champion of mankind, known for his wily intelligence, who stole fire from Zeus and gave it to mortals.[2] Zeus then punished him for his crime by having him bound to a rock while a great eagle ate his liver every day only to have it grow back to be eaten again the next day. 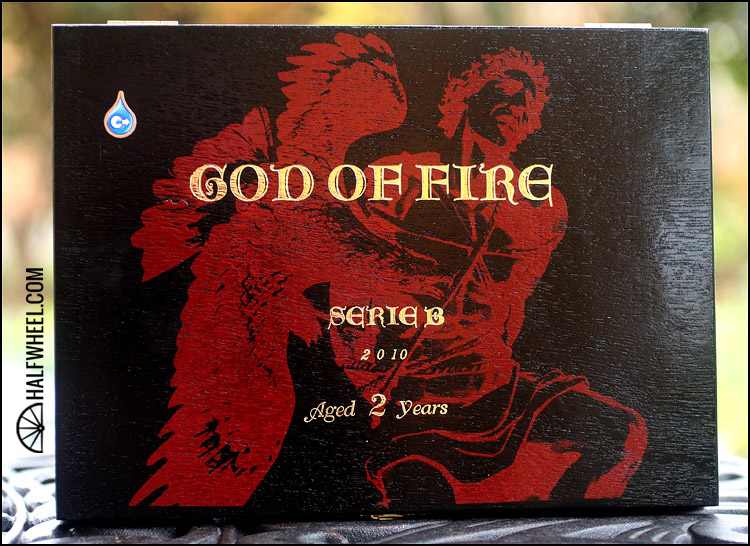 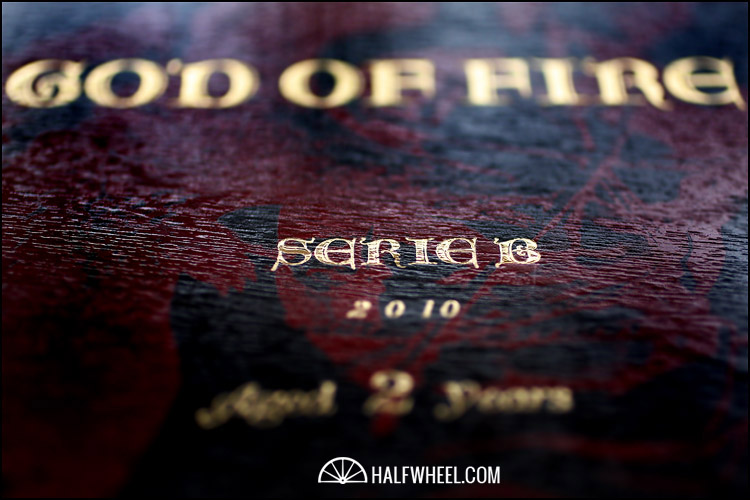 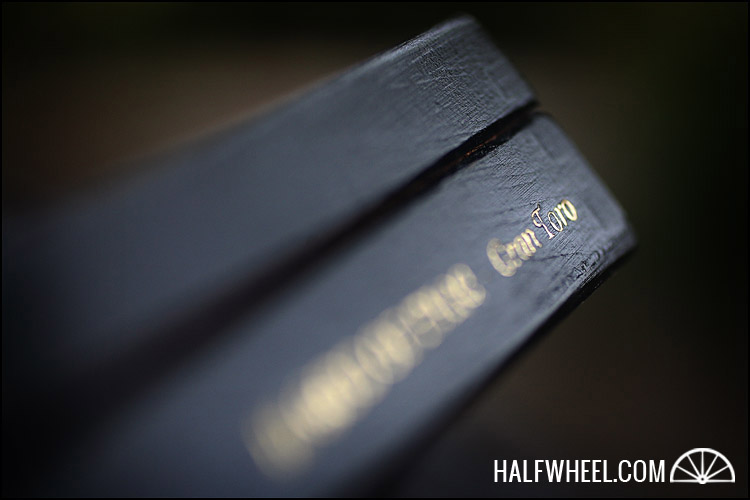 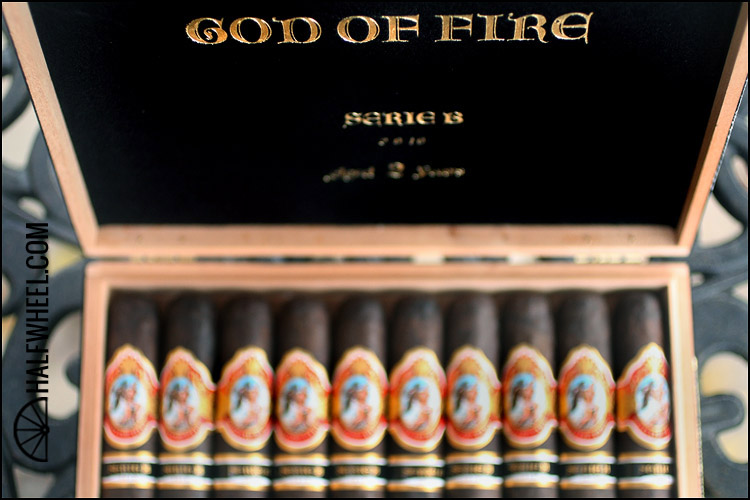 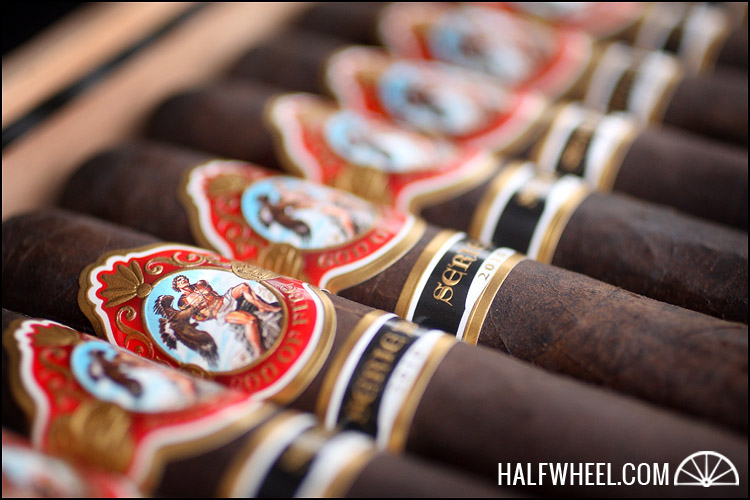 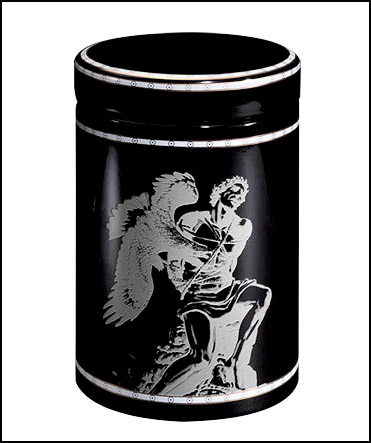 There are 750 boxes of 10 cigars released of each of the Serie B blends, along with 75 jars of 25. In addition, the Gran Toro comes in the silver and black jar (below), while the Robusto Gordo comes in a red and black jar. 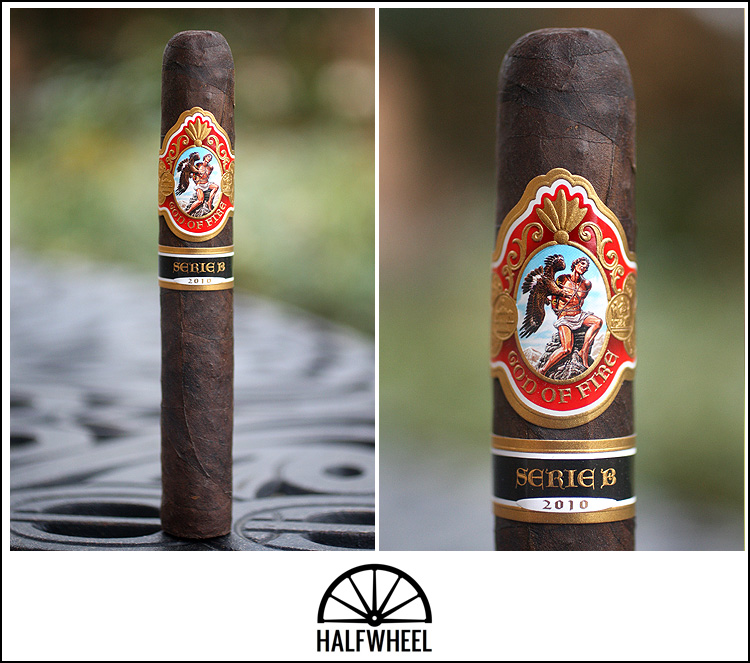 The cigar itself has an extremely dark espresso brown wrapper that is fairly smooth to the touch. It has the perfect amount of give when squeezed, and smells strongly of barnyard, sweet cedar and dark chocolate, with a little bit of black pepper thrown in.

The first third starts off with just a tad of spice on the lips, along with flavors of coca, leather, wood and an underlying sweetness that is really nice. It is a great fruity, raisiny sweetness (albeit not very strong), and really increases the complexity of the First Third. Not much smoke production for the first fifteen puffs or so, but it really picks up after that.

The second third still has that wonderful fruity note, but the dominant flavors changed to more of an espresso/coca mix, along with some cedar and leather. The spice from the First Third is gone, but there is some black pepper on the retrohale. I can feel the strength increasing, and by the end of the Second Third, it is easily in the medium-full range. 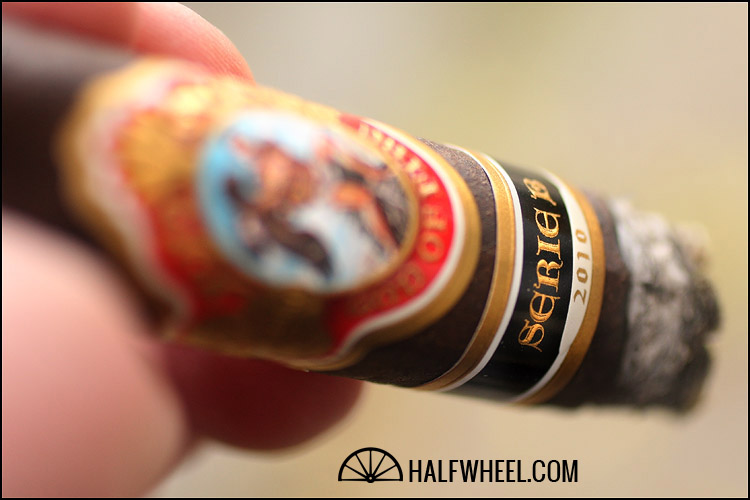 The final third mellows just a bit, but the profile also becomes a bit more creamy while retaining the fruity sweetness. It did not get hot (at all) at the end, and the strength was a fairly consistent medium for the entire stick. 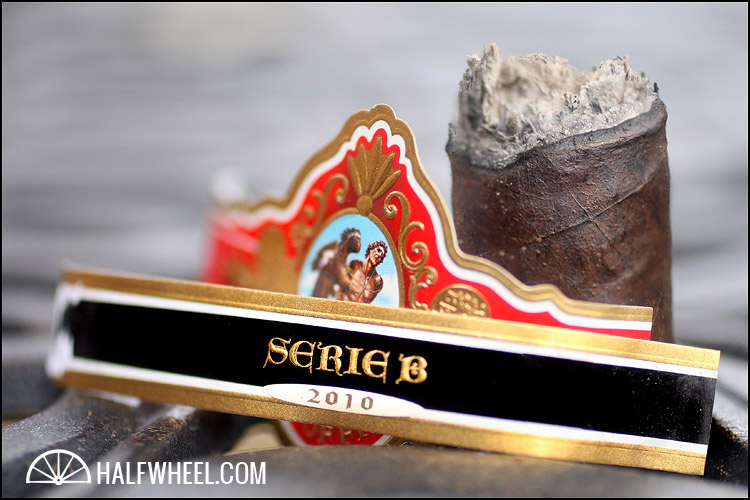 hile I have enjoyed the regular God of Fire, albeit the Don Carlos more than the Carlito blend, the Serie B Gran Toro is a whole new ballgame. The ever present fruity sweetness, which I was not expecting, despite the maduro wrapper, really set the rest of the profile off, and I was impressed with the complexity and the rich profile that this cigar exhibited, which is not a given, even with the pricetag. They should also age well, which is always a consideration. Having said all of that, the main question you are likely asking yourself is: Is this cigar worth $20? For me, the answer is yes, but these will only be smoked when I feel the need for something decadent.