In September 2014 General Cigar Co. acquired the Toraño portfolio. Now, 20 months later, the company is ready to release its first new product since the acquisition.

It’s a series of four new blends, all under the Toraño Vault name, each available in two sizes. Two will be sold exclusively to brick and mortar retailers while the other two will be sold through catalog retailers.

According to Ed McKenna, senior brand manager for General Cigar Co., General wanted to focus around two concepts for new Toraño projects: a. the idea of the family’s move from Spain to Cuba in 1916, something that is a century old this year; b. the concept of the Toraños of capturing the spirit of being Cuban exiles in Miami. 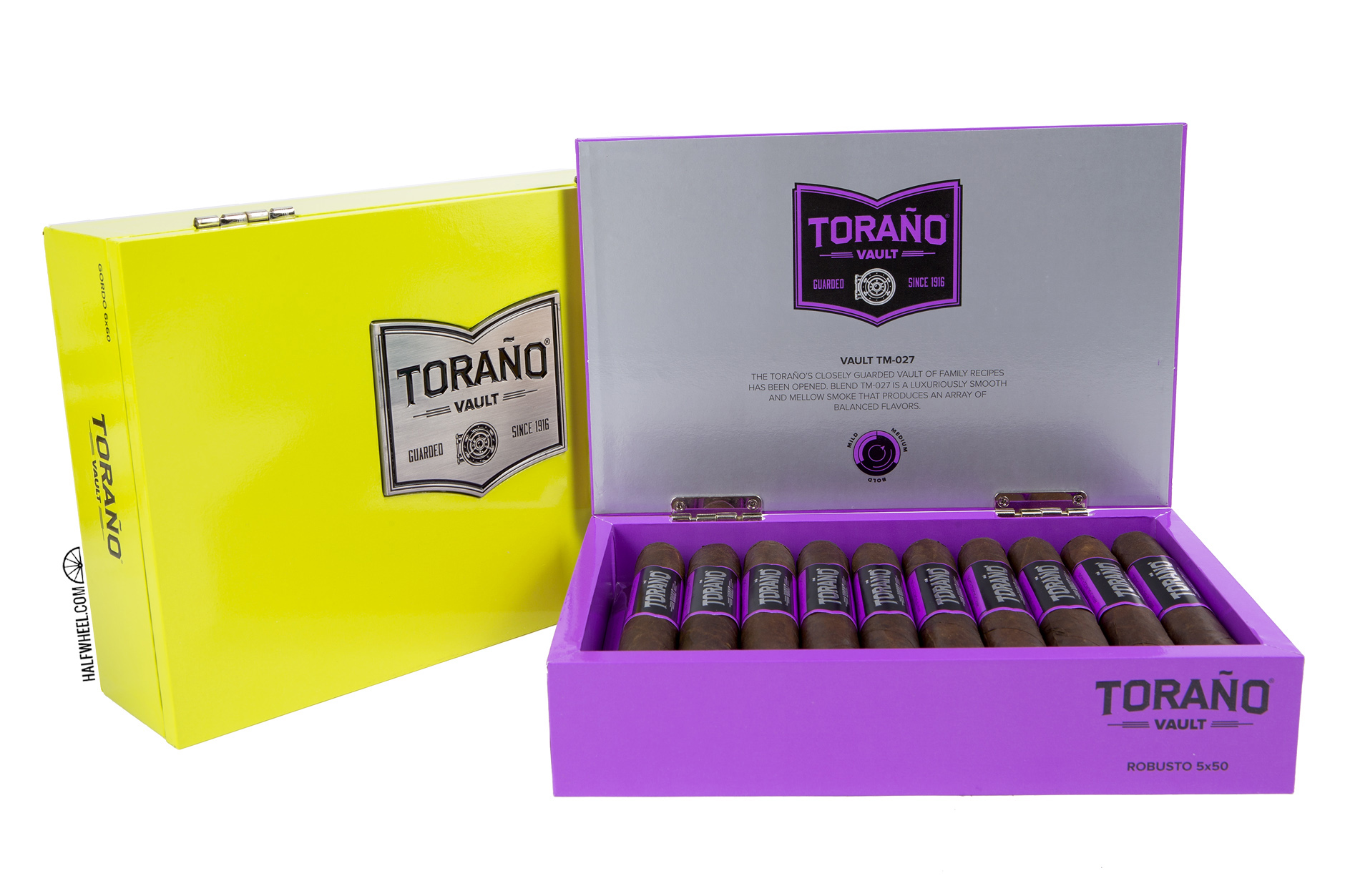 McKenna acknowledges that the old Toraño packaging is easy to get lost in a humidor. It’s traditional, wood and similar to much of the rest of a typical humidor. For the new Vault extensions, the company went the other way with bright purples that look almost magenta and a highlighter yellow. Toraño Vault P-044 (green) and Vault TM-027 (purple) are the two blends that will be sold at brick and mortar stores. P-044 is a Nicaraguan puro with a sun grown wrapper and fillers from Jalapa, while TM-027 has a Mexican San Andrés wrapper, Nicaraguan binder and broadleaf and Nicaraguan fillers. Each blend came from the famed Toraño blend book, a literal book where the family kept track of all the blends it tried developing over the years. For the catalog retailers, Vault C-033 (orange) and L-075 (teal) will be available later this month. C-033 uses a Mexican San Andrés osucro wrapper, Cameroon binder and Broadleaf and Nicaraguan fillers and L-075 uses a Nicaraguan wrapper, Ecuadorian Sumatra binder and filler tobaccos from Connecticut, the Dominican Republic and Nicaragua.

If the packaging looks a bit familiar, you are probably thinking of the revamped Camacho.

There’s little question that from the vertical type to the bands to the bright high-gloss boxes, there are a lot of similarities. General’s position is this is what the company thought was needed to help separate Toraño from the rest of its portfolio, seemingly a tip of the hat to the success Camacho has had following its revamp.

That being said, McKenna indicated the Toraño rebrand would likely not function in the same manner as how Oettinger Davidoff AG has relaunched Camacho. Where as Camacho repackaged its entire line-up after some discontinuations, McKenna said General is still evaluating its options regarding whether it will discontinue any of the Toraño lines, though no decisions have been made to date.

The company took a similar approach with CAO, only recently removing a significant portion of CAO SKUs, nearly five years after CAO become part of the General portfolio.

McKenna said the company is continuing to produce the existing lines, though some of the production that was once at the American Caribbean and Plasencia factories has been consolidated to STG Estelí or HATSA.

General sees the Exodus brand as the core of Toraño both in its story and the cigar itself. It seems likely that the company will expand Exodus with some sort of 100-year anniversary cigar over the summer.

The new Toraño Vault blends will ship in the coming week or so.