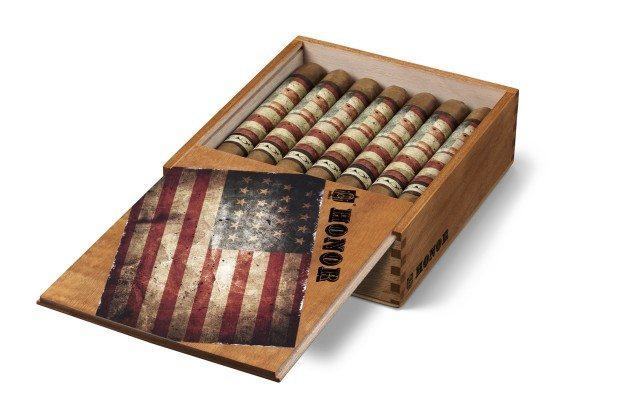 General Gives Back With CAO Honor

Earlier this year, a new product from General Cigar Co. appeared without much fanfare. It was CAO Honor, a 6 1/2 x 52 toro made in similar fashion to the company’s holiday releases of recent years. At the time, it was clear the project would be charitable in some form with proceeds going back to fund military charities.

The effects of that donation can be seen next week.

“Over the past several years, we’ve been involved with Operation Surf in small ways, and we wanted to make a push to help out in a much bigger way via CAO Honor,” said Ed McKenna, brand manager for CAO Cigars, in a press release. “The work that the folks at Operation Surf do in helping wounded heroes cope with physical injuries and PTSD through surfing is incredibly impactful, and we are proud to contribute.”

CAO Honor is a 6 1/2 x 52 toro made at STG Estelí in Nicaragua. Information sent to retailers indicates the cigar is inspired by the CAO America blend using dual Ecuadorian Connecticut and broadleaf wrappers over Nicaraguan binder and fillers.