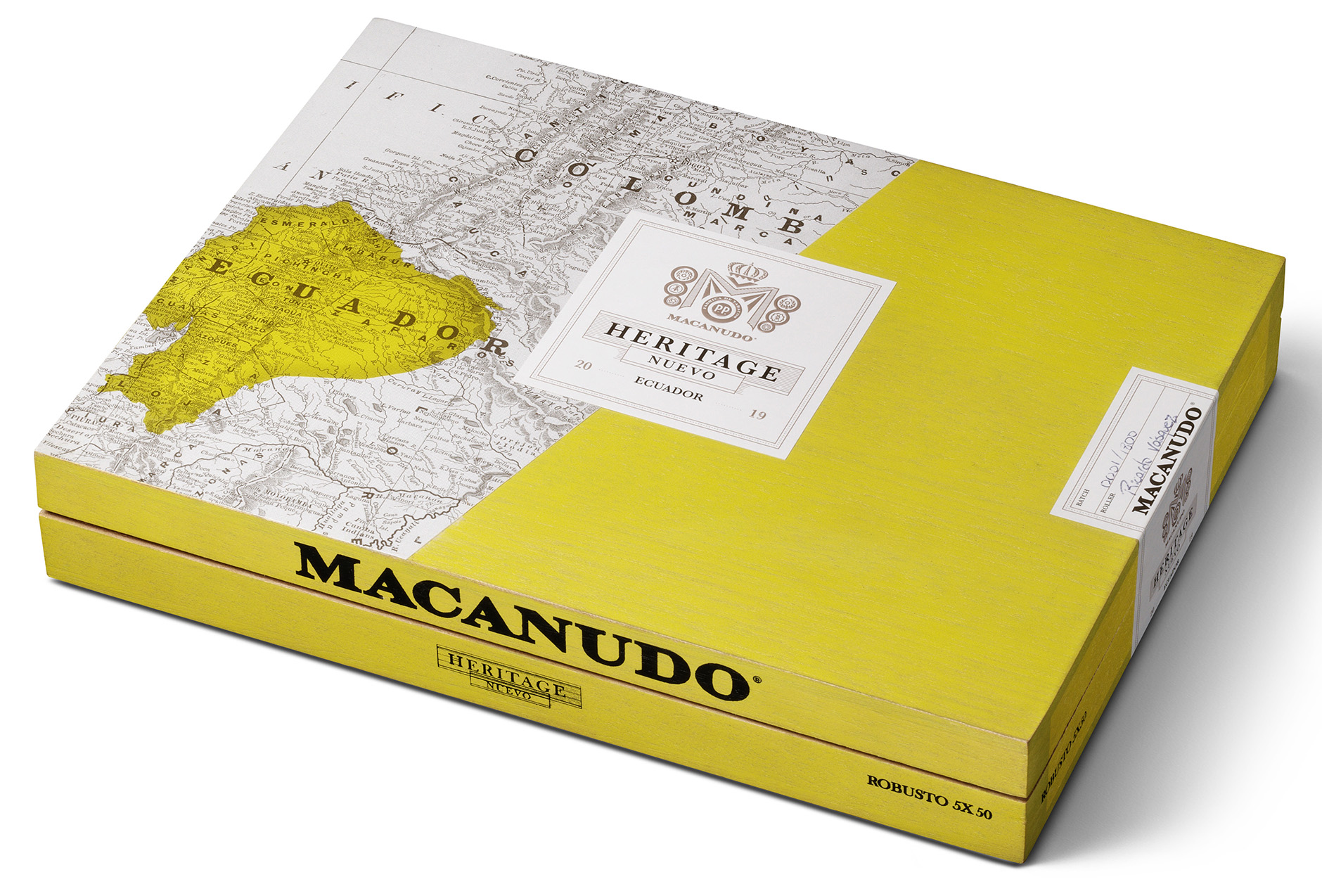 The latest addition to General Cigar Co.’s Macanudo line is on its way to retailers.

The Macanudo Heritage Nuevo, which is described as “an intriguing new take on its classic Café blend,” replaces the U.S.-grown Connecticut shade wrapper of the Café with an Ecuadorian Connecticut shade wrapper from an independent grower in the Los Rios province. The remainder of the blend remains largely the same, with a Mexican San Andrés binder and fillers from the Dominican Republic, Mexico and Nicaragua, the latter of which is not found in the Café blend.

The result is said to be a creamy, medium-bodied smoke with richer aromas and flavors of toasted nuts, interspersed with nuances of sweetness and spice, the company said in a press release.

It is the first cigar in what is referred to as a bold, multi-year project for the Macanudo brand that will see several of its blends reimagined with different tobaccos.

“Macanudo Heritage Nuevo gives us the opportunity to juxtapose the brand’s most enduring heritage blends with a modern reinterpretation that features the emerging tobaccos of today, said Steve Abbot, senior brand manager for Macanudo, via a press release. “We believe that Macanudo Heritage Nuevo will awaken a new dialogue among seasoned Macanudo smokers, while giving others a reason to awaken their passion for the perennially top-selling brand.” Macanudo Heritage Nuevo is being offered in three sizes:

Both the boxes and bands feature a bright yellow design and map motif to showcase the breadth of tobaccos that will be featured in the new series. The cigar is made at General Cigar Dominicana in the Dominican Republic.