Oscar Valladares has a new line coming to retail this month, and it’s the first line from the Honduran cigar maker that doesn’t use Honduran tobacco.

The Oscar Valladares Ciseron Edition uses an Ecuadorian sun grown wrapper, with the binder and filler both coming from Nicaragua. It’s being released in a single, 6 x 52 toro vitola priced at $9.50 per cigar.

The cigar gets its name in large part due to the fact that it is being packaged in 20-count boxes featuring five untitled pieces of art by Honduran artist Elmer Ciserón Bautista. 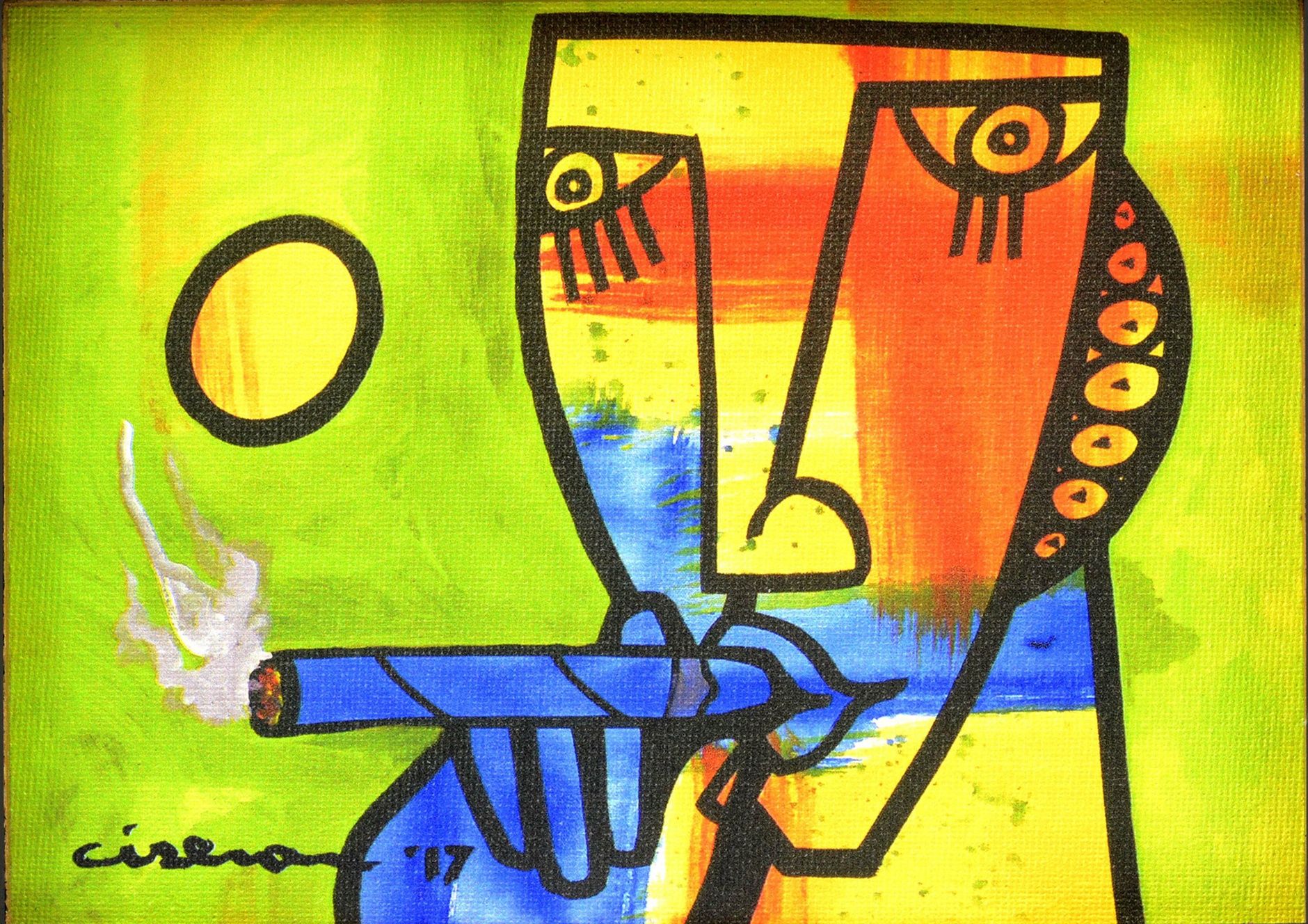 He exhibited and sold his first works in 1991 in his home country, which he cited as being inspired by everyday life from a positive point of view and women. His works have been cataloged in the Post-Cubist Subrealism area, as well as in Post-Cubist Minimalism. In 1994, he was awarded the Julio Visquerra Regional Painting Prize, and has also received multiple honors from the Honduran government. He has had his works shown in more than 30 exhibitions around the world, including in Taiwan, the United States, Mexico, Nicaragua, El Salvador and Guatemala.

The Oscar Valladares Ciseron Edition will make its debut at a launch party being held on Jan. 25 at STOGIES World Class Cigars in Houston, and is slated to begin arriving at other shops by the end of the week. A total of 2,500 boxes are being produced at the Oscar Valladares Tobacco & Co. factory in Danlí, Honduras.

Update (Jan. 23, 2018) — The name of the cigar has been updated to be called the Oscar Valladares Ciseron Edition. It was originally announced as being the Galeria by Oscar Valladares.