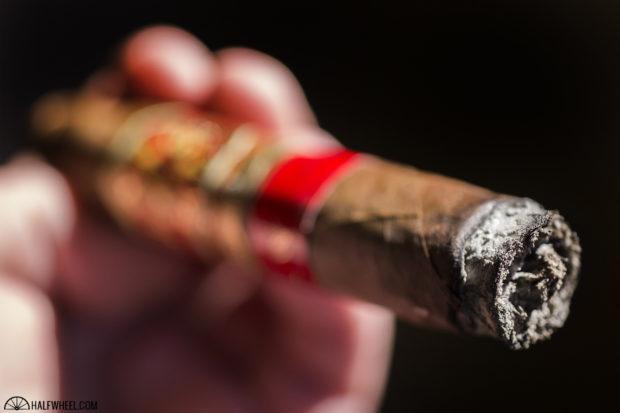 Since 2003, Arturo Fuente has partnered with J.C. Newman Cigar Co. to produce the Toast Across America, a limited edition two-pack that includes one OpusX and one J.C. Newman product packaged in a coffin.

Each of the coffins carry an MSRP of $50, and the proceeds of the sales benefitting the pair’s Cigar Family Charitable Foundation, which is a charity that provide humanitarian help to communities in the Dominican Republic including education, health care and food among other things. This year’s incarnation of the Toast Across America includes an Fuente Fuente OpusX and a Diamond Crown Black Diamond, both in a 7 5/8 x 54 perfecto vitola, the same size as the Hemingway line’s Untold Story. Neither line has been offered in this size previously. The vitola looks like an Untold Story and the mocha brown wrapper is quite rough to the touch, almost reminding me of sandpaper. There is almost no oil present that I can see and the cigar is a bit hard for my tastes when squeezed. Aroma from the wrapper is a combination of strong barnyard, hay, dark chocolate, manure, almonds and pepper while the cold draw brings flavors of peanuts, cream, espresso beans, dark chocolate and slight generic sweetness.

The Fuente Fuente OpusX Toast Across America 2016 lights up easily and starts off the first third with dominant flavors of leather and ground coffee, with other notes of anise, powdery cocoa, grass, earth and cedar fighting for their spot in the line-up. There is some harshness on the back of my throat along with a touch of spice on my tongue and a slight milk chocolate sweetness on the retrohale. Despite the firmness when I squeezed it, the draw is excellent and the burn is close to razor sharp so far, while the smoke production is above average. Strength-wise, the OpusX seemed to start off with a bang, but ends up at a point just under the medium mark but the time the first third comes to close. Unfortunately, the slight milk chocolate sweetness that was present on the retrohale in the first third begins to wane by the time the second third of the Fuente Fuente OpusX starts and is almost totally gone by the halfway point. A more generic creamy cedar notes takes over the dominant spot in the profile, along with other flavors of leather, grass, bread, hay, coffee and cocoa. In addition, the harshness from the first third has increased and there is a bit more pepper on the retrohale. Construction-wise, both the burn and the draw remain wonderful and the smoke production continues to be high as well. The overall strength easily hits a solid medium by the halfway point and shows no signs of slowing down anytime soon. 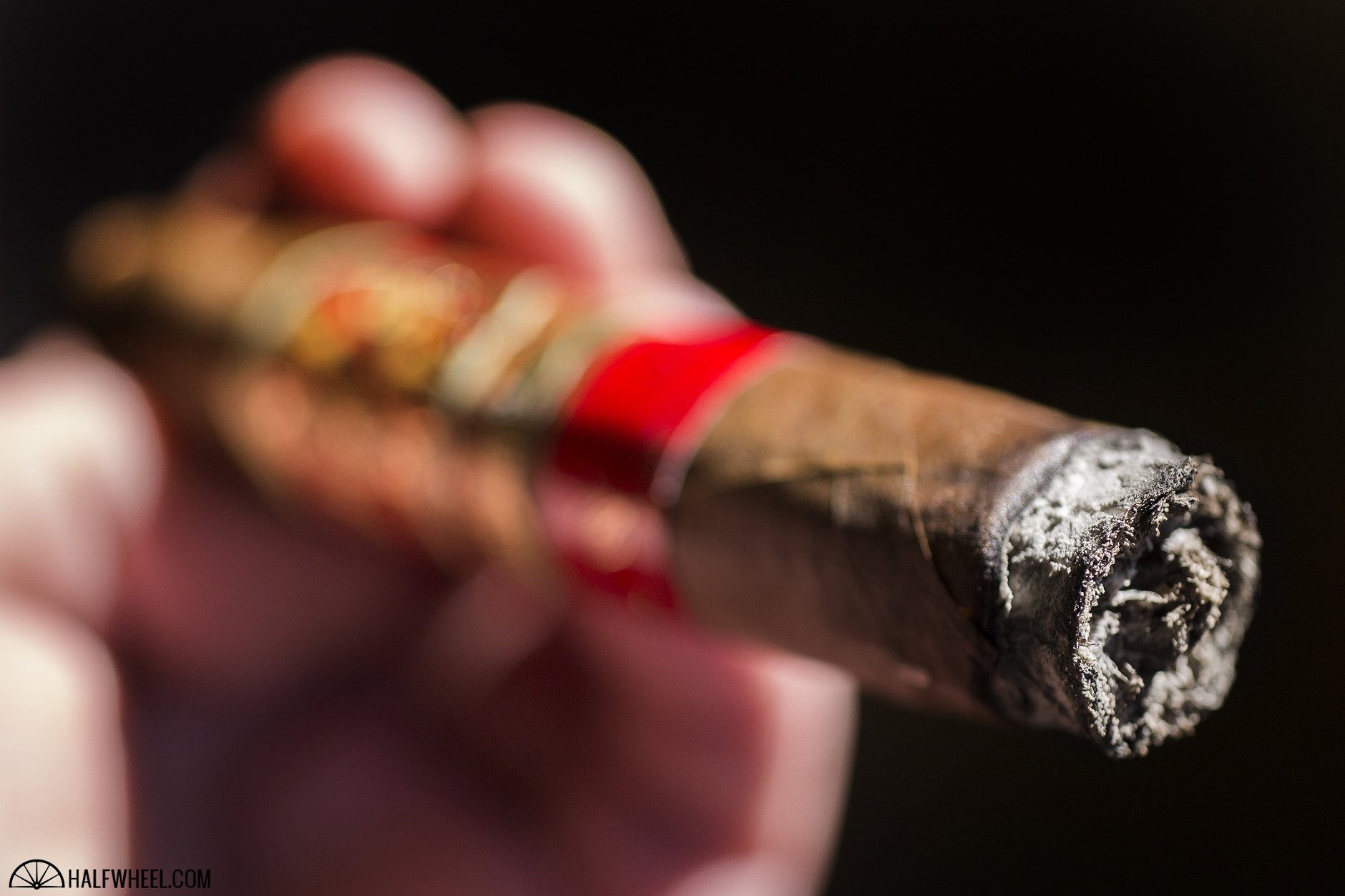 By the time the final third of the Fuente Fuente OpusX Toast Across America 2016 starts, the strength and harshness in the blend have combined, virtually overwhelming any nuance the profile my contain. The same generic cedar remains at the forefront of the profile, followed by notes of peanuts, sawdust, leather, grass and powdery cocoa, but most of the flavors pale in comparison to the aforementioned harshness and strength. There is still very little sweetness on either the retrohale or finish, but the pepper that was present has receded noticeably. Both the burn and draw continue to impress until the end of the cigar and the strength easily blows past the full mark by the time I put the nub down with about an inch to go. 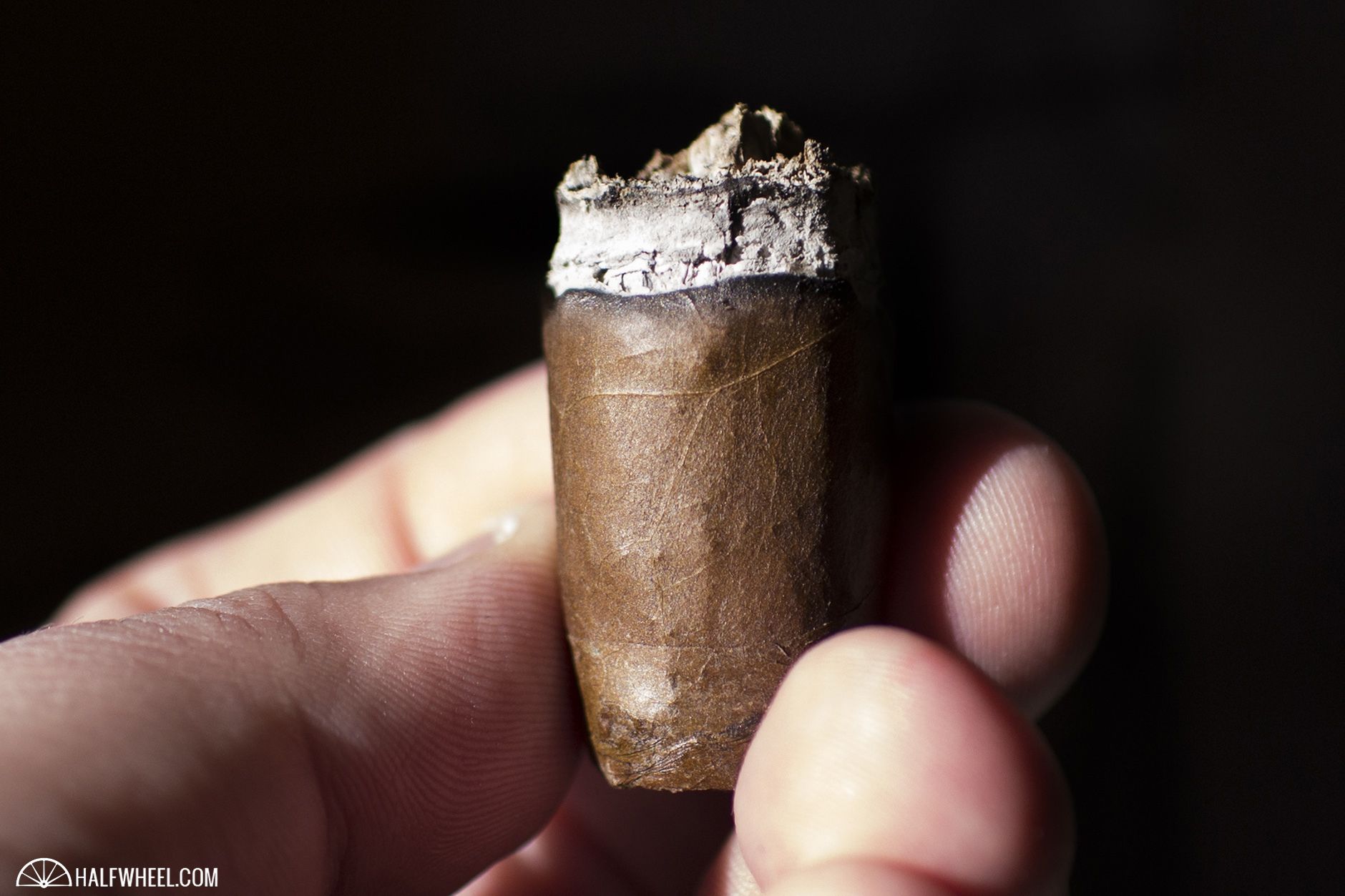 First and foremost, I applaud both Arturo Fuente and J.C. Newman Cigar Co. for continuing to release the Toast Across America sets every year and donating the money to the foundation. In terms of the actual Fuente Fuente OpusX included in the coffin this year, I was expecting the overwhelming strength—which I find to be a signature of fresh OpusX cigars—but what I was not prepared for was the harshness that was present on both the finish and the retrohale, pervasive enough to affect the rest of the profile for the entire smoke. Like virtually all OpusX that I have smoked after some rest, this may very well turn into a great cigar after some age, but smoking this now is not going to give you the best result.