When it comes to the annual IPCPR Convention & Trade Show, there’s hardly any company who has cornered the market on special items like Arturo Fuente.

This year, the company produced eight such special releases, and for every 25 boxes of regular production cigars that a retailer purchased, they’d be able to purchase a set of the special releases. 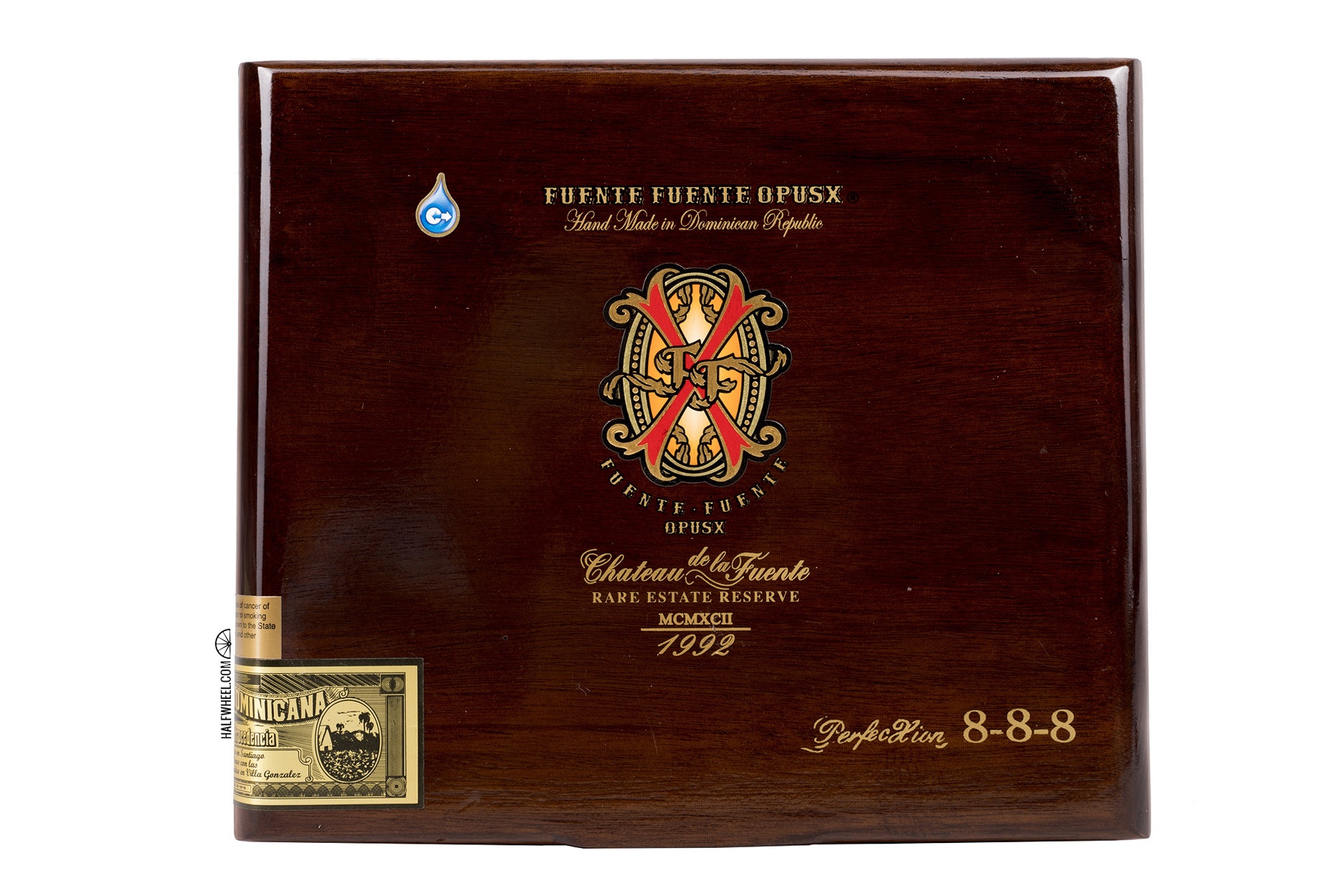 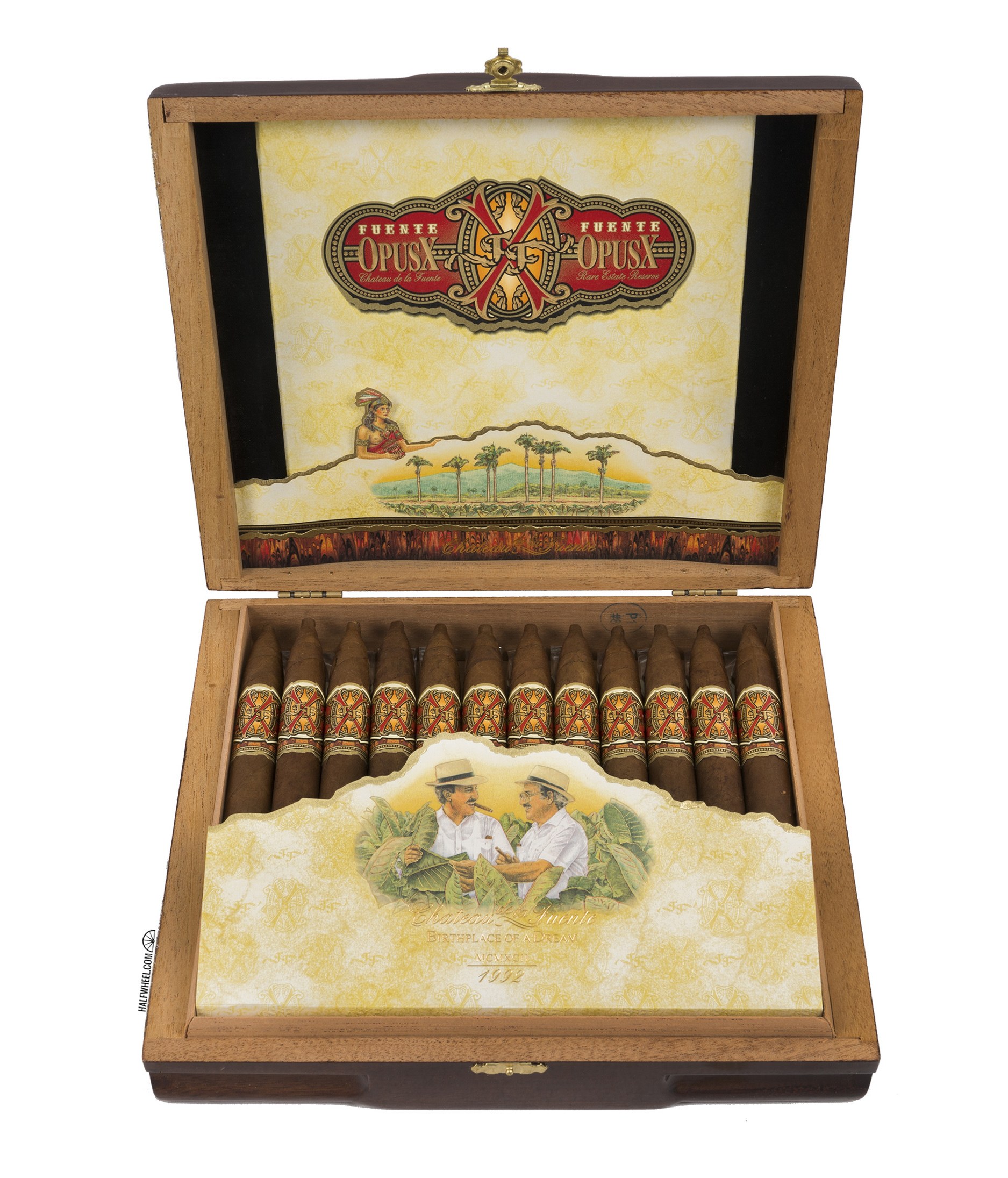 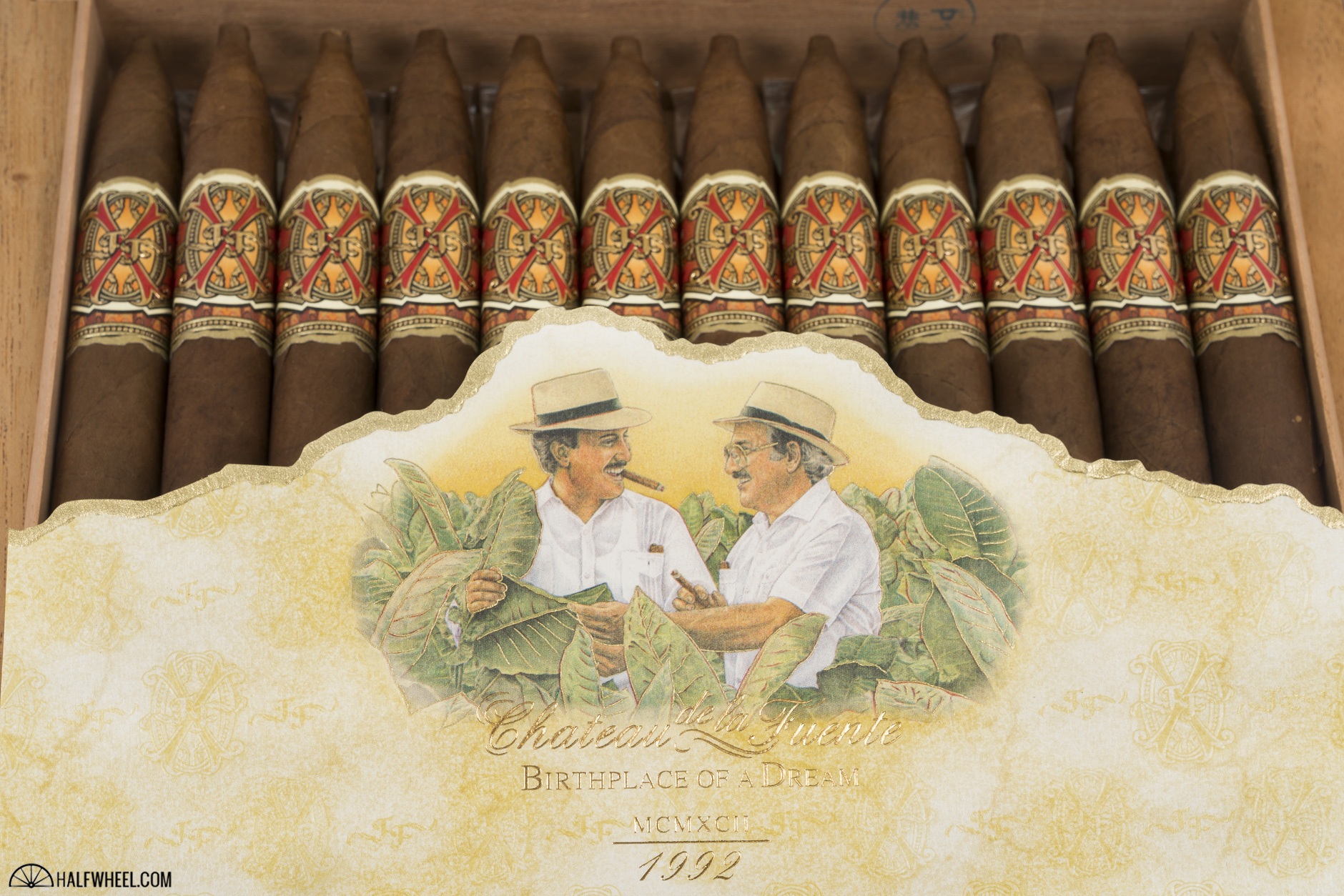 The new Fuente Fuente OpusX PerfecXion 8-8-8 began to arrive at retailers in mid-August, accompanied by a fairly sought-after release, the 8-5-8 Rosado Sun Grown, which debuted in 2002 with less than 100 boxes sold, and made an all-too-brief return in 2009. 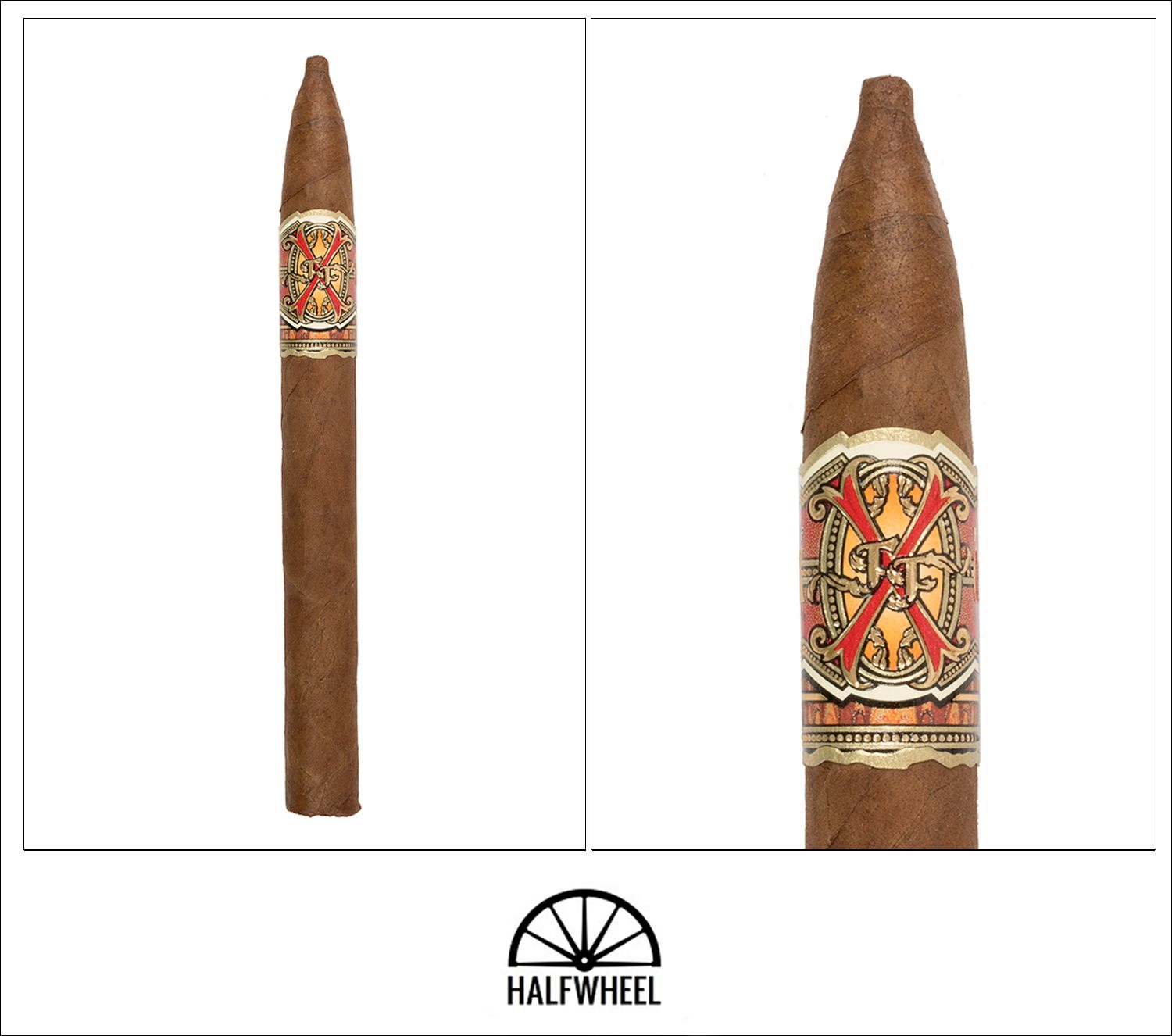 There was a time when I’d look at a cigar like the Fuente Fuente OpusX PerfecXion 8-8-8 and be amazed by the uniqueness of its shape. While I’m always impressed by the craftsmanship and artisanal touch it takes to make such a product, Fuente seems to be the reigning champion of interesting vitolas, especially for the OpusX line, so seeing such distinct sizes has become almost routine. The cigar is a gorgeous, slender vitola with a tiny, open head, almost pencil-like were I to invert it, though certainly much thicker. The wrapper is a well-tanned hue that is about as brown as it can get before I’d call it cocoa powder or the generic earthy, with some decent vein structure and seam lines that are just slightly visible. There’s a bit of a press to the cigar, though it would be easy to overlook with a quick glance. The foot of the cigar is fairly mild; there’s a bit of dry tobacco, some pepper, and a toasty encapsulating smell, but all of it is quite mellow. One sample has a bit of fresh apple core sweetness, though it is fairly subtle, while another sweetness leans towards cinnamon rolls or monkey bread. The cold draw is what I’d expect for a cigar of this size and with the tapered head; a bit firm but hardly problematic. There’s a bit of very mild strawberry sweetness on the first sample, with just enough pepper to generate the faintest registry on the palate, while the second sample is geared towards mild breads and woods, and the third is back to the strawberry.

The first puffs of the OpusX PerfecXion 8-8-8 don’t have any sort of signature blast of pepper or spice; in fact it’s on the restrained side, save for some toasty flavors and a bit of pretzel. There is a bit of black pepper beginning to build, however, and with just half-an-inch of ash showing, it’s now enough of a part of the profile to merit mention as a significant contributor, but I’d still call it medium flavor, strength and body, each at best. After the first clump of ash drops, the cigar picks up a bit more pepper, but not before dabbling in the baked pretzel note for several puffs, with the dry flavor handing the reins off smoothly to the more stimulating white pepper. The second cigar picks up a waxy chalk that is just strong enough to make itself known but subtle enough to bend the flavor. When it’s time to move into the second third, the profile adds in some sugary sweetness and a bit of corn cereal, which add a surprising amount of complexity and depth to the flavor. The draw has been good if just a touch tight at times, which can hamper smoke production, but otherwise, the cigar burns well. 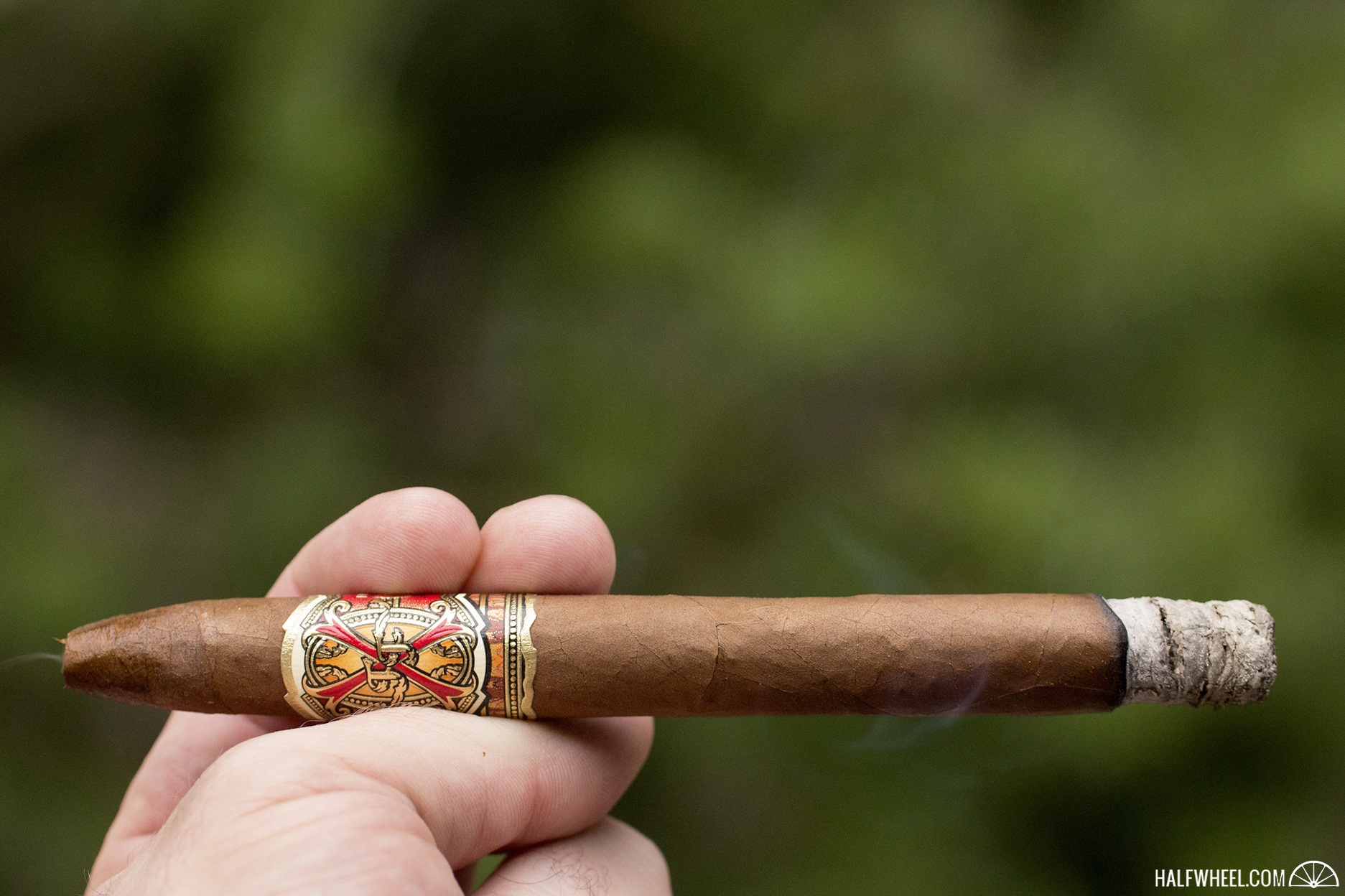 A few retrohales at the start of the second third announce the arrival of some more vibrant and seemingly youthful black pepper, while the second cigar has the carryover of waxiness from the first third, though it is not affecting the flavor as much as it is the texture of the smoke. There’s more tingle to back of the lips and tip of the tongue as well, which seems to be almost equally attributable to the pepper and waxiness. Through the midpoint, the cigar is on the milder side in terms of flavor intensity, though a bit of pepper and related tingle does provide more physical sensation than is generally found from similar profiles. Where the cigar struggles is the waxiness, which is still holding on and providing a glaze that isn’t helpful or enjoyable. Thankfully, that glaze does not transfer over to retrohales whatsoever, which is where the OpusX profile is most recognizable and where the most promise is shown by this fairly young cigar. By the end of the second third, the cigar has picked up an off-putting sourness that I’m quick to attribute to the reputation that young OpusXs. 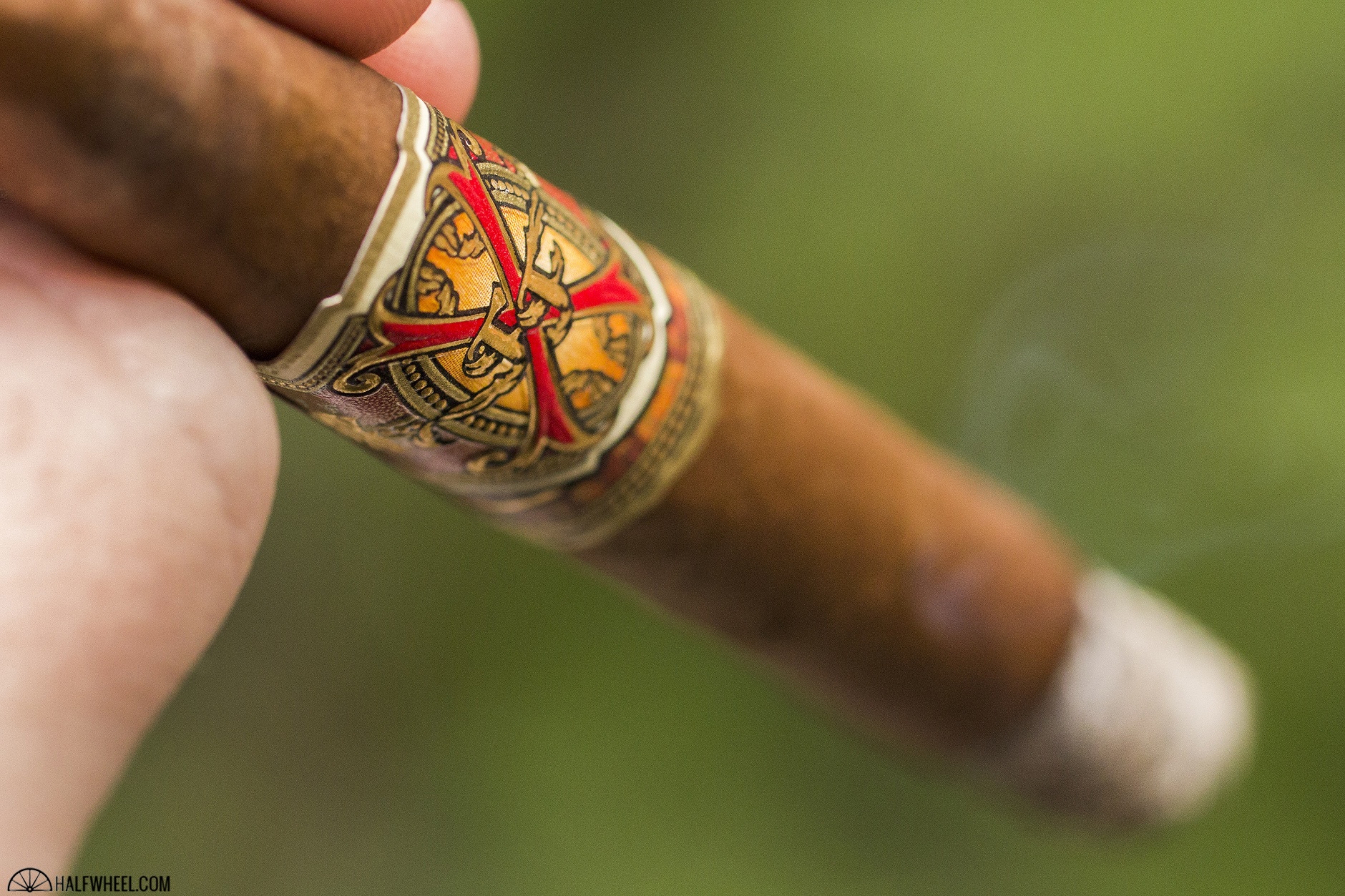 The start of the Fuente Fuente OpusX PerfecXion 8-8-8’s final third brings about a bit more strength and flavor presence, though it still seems to be growing into the more traditional OpusX profile. There’s a bit more sweetness and cedar here, though neither escape the waxy overtone that the second cigar imparts, with the third being the mildest of the bunch and showing the least development. Pepper is still present though, and there’s definitely been a transition in flavors from the first third to the start of the final third. It’s here when I’d suggest the Fuente Fuente OpusX PerfecXion 8-8-8 is in dire need of some time away in a humidor. There’s a bit of chalkiness, streaks of sourness, and a lingering finish that has me reaching for water or club soda, with even the waxy gloss continuing down to the final puffs of the second and third samples. Flavor notes aside, the cigar has burned quite well, though it may take a few snips of the head to find the ideal opening for your preference. 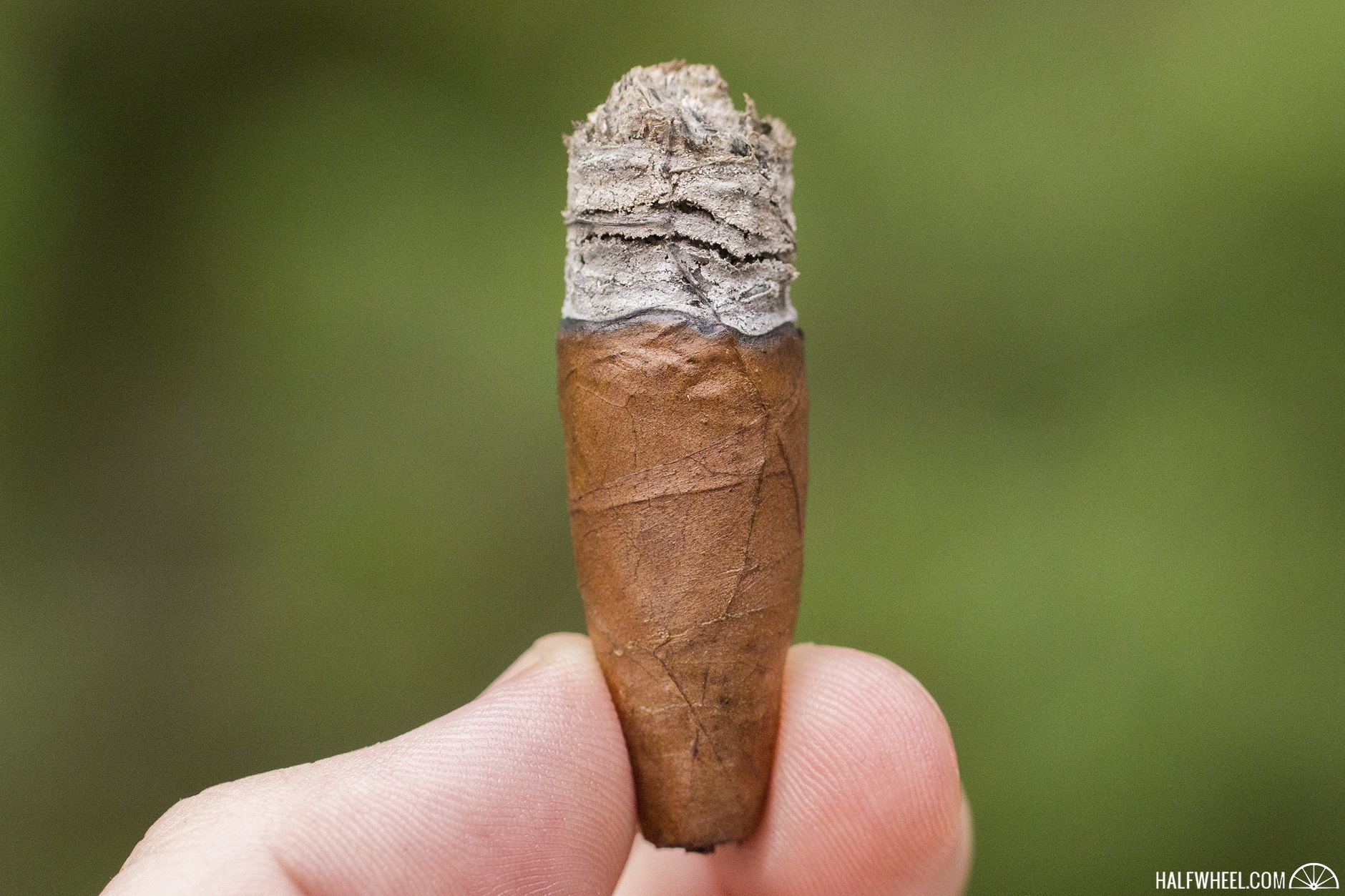 I've never been a fan of young OpusX, and I think both this cigar and its score shows why. While the cigar isn't inherently bad, and it is certainly well above a number of other "finished" cigars I've smoked this year, it is fairly easy to see it isn't ready yet, and that's without taking into account the conventional wisdom that OpusX cigars as a whole tend to smoke better with a year of rest on them. After three proverbial dips in the pot, my taste buds tell me the flavors are still stewing, and unfortunately, the waxy glaze obscures all but a handful of glimpses as to what's to come from this cigar. Smoke one now if you want—or must—and then pick up as many as you're comfortable with not touching until at least Labor Day Weekend 2019.