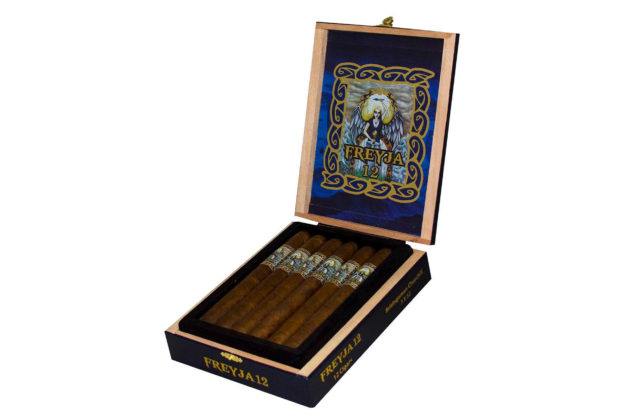 Nearly two years since it was scheduled to make its industry debut—and three months after it was last slated to begin shipping—the Freyja 12 from Las Cumbres Tabaco is starting to head to retailers.

Nothing has changed about the cigar since earlier this year: it is still a 7 x 52 Churchill that is called Brísingamen, a name that traces its roots to Freyja’s necklace, the source of the goddess’ power. As for the blend, it uses an Ecuadorian habano wrapper, Dominican binder, and a filler of Dominican corojo, criollo 98, and piloto cubano, all of which are grown by Jochy Blanco, whose Tabacalera Palma factory is producing the cigar.

Emma Viktorsson told halfwheel that the cigars have been delivered to the company’s Miami, Fla.-based importer and have begun shipping to retailers.