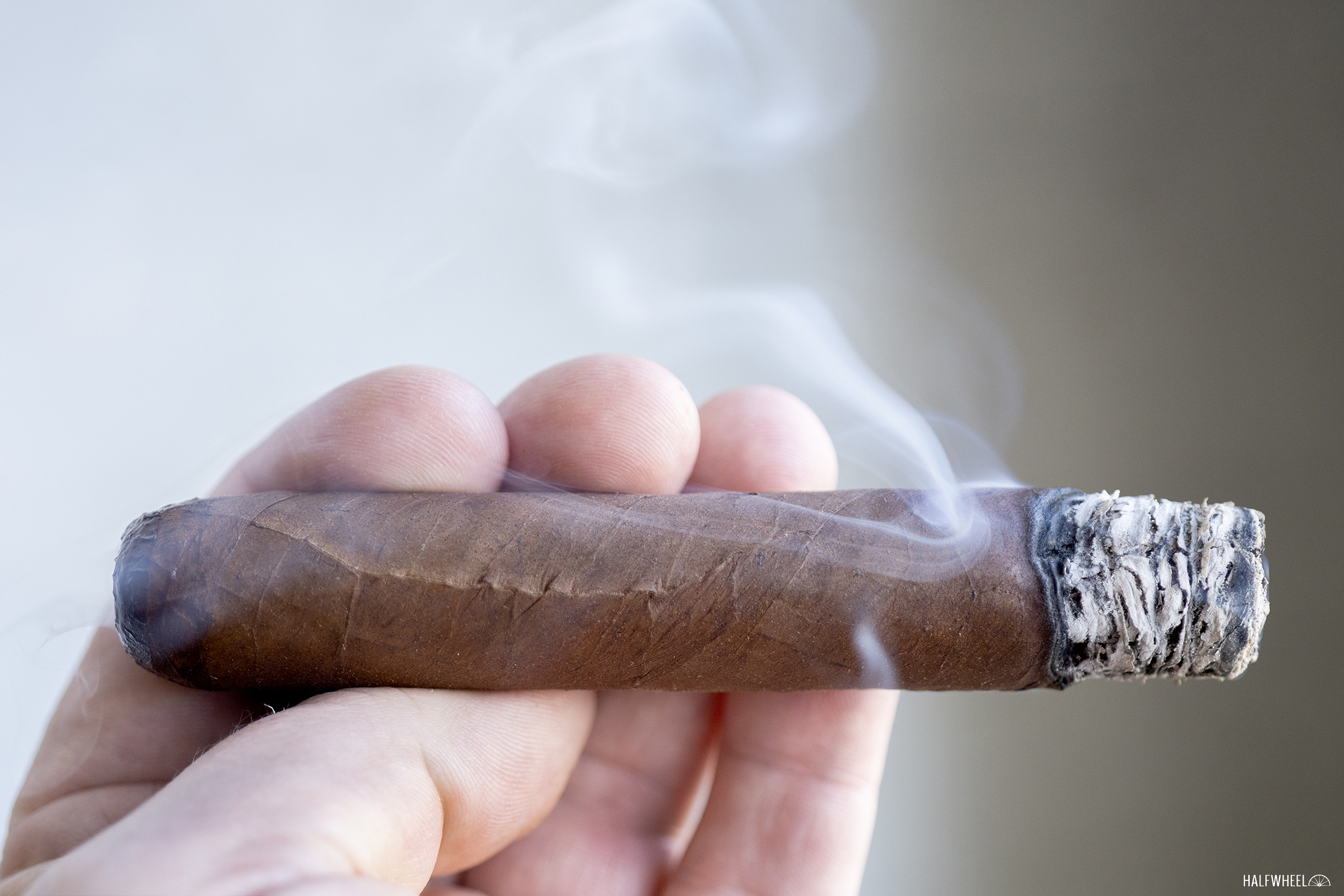 Last April, a new cigar brand named Freud Cigar Co. was launched by David Stadnyk, a venture capitalist, and Luis Torres, formerly the ceo of Casa de Montecristo and the head of retail for Davidoff of Geneva. Inspired by Sigmund Freud, the founder of psychoanalysis, the brand’s debut release was named SuperEgo, a four-vitola line made up of Ecuadorian corojo wrapper, Sumatran binder, and a mix of fillers that includes Jalapa-grown seco from Nicaragua, as well as Dominican-grown criollo 98 visos, corojo ligero and piloto seco.

During the 2022 PCA Convention & Trade Show, Freud Cigar Co. showed off its first limited edition release which was developed by Freud Cigar Co. co-founder Luis Torres and Eladio Diaz, formerly the supervisor of production at Davidoff’s factory in the Dominican Republic. Named Agape—which the Greeks defined as “the highest form of love”—the Dominican puro incorporates seven distinct types of tobacco, including a binder that Diaz calls an autochthonous Dominican leaf, meaning that it is a variety of tobacco that is indigenous to the country. 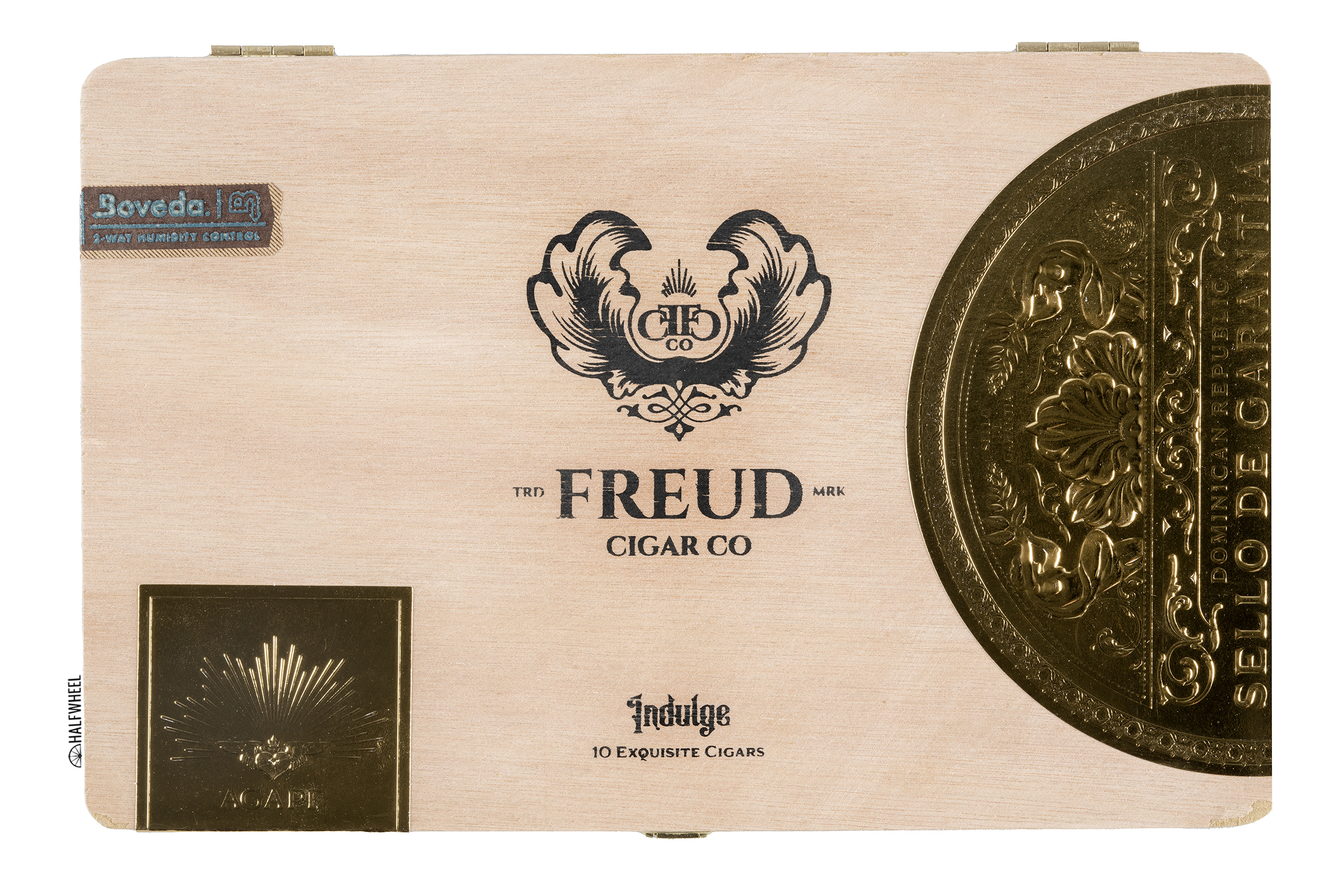 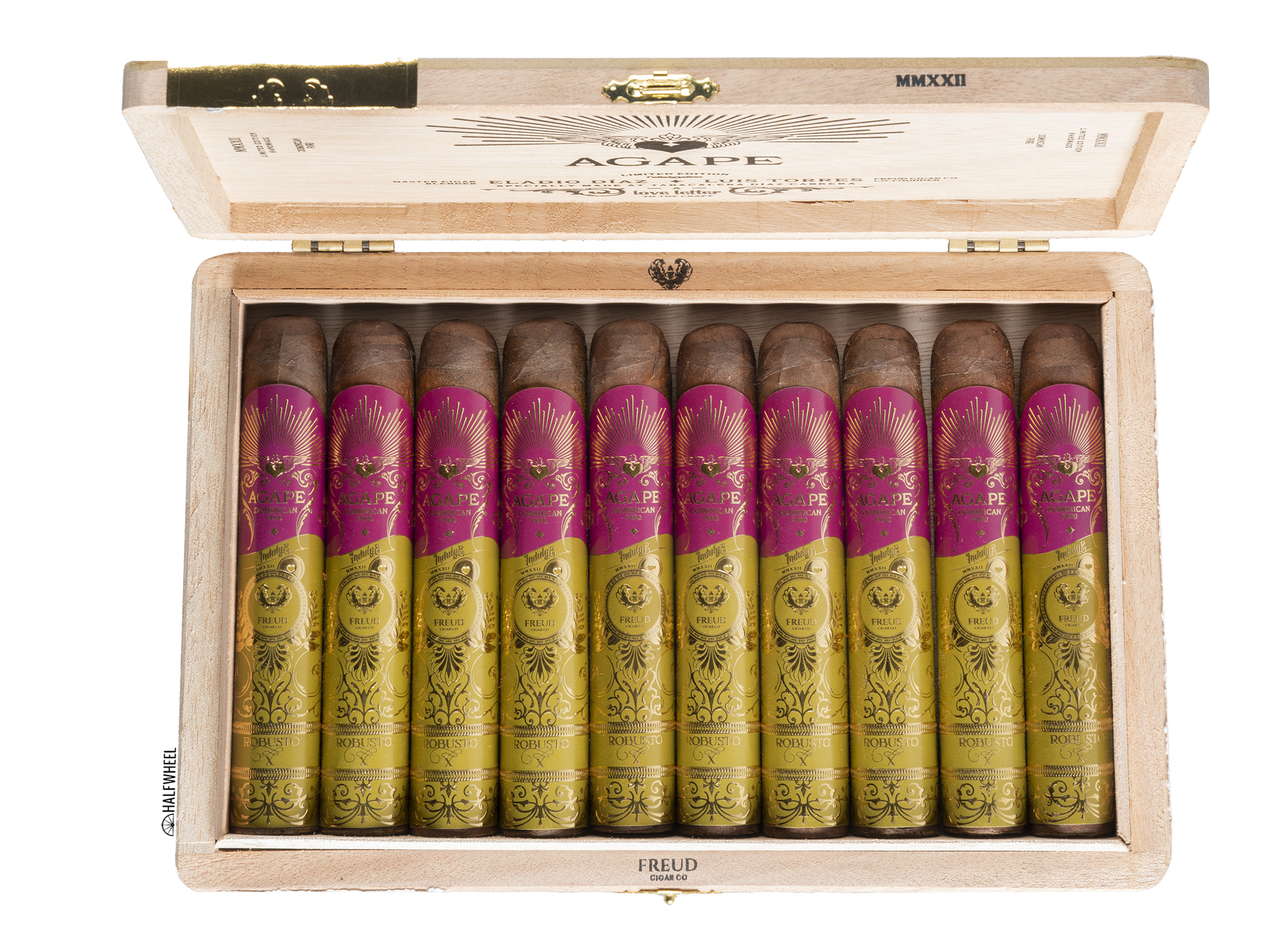 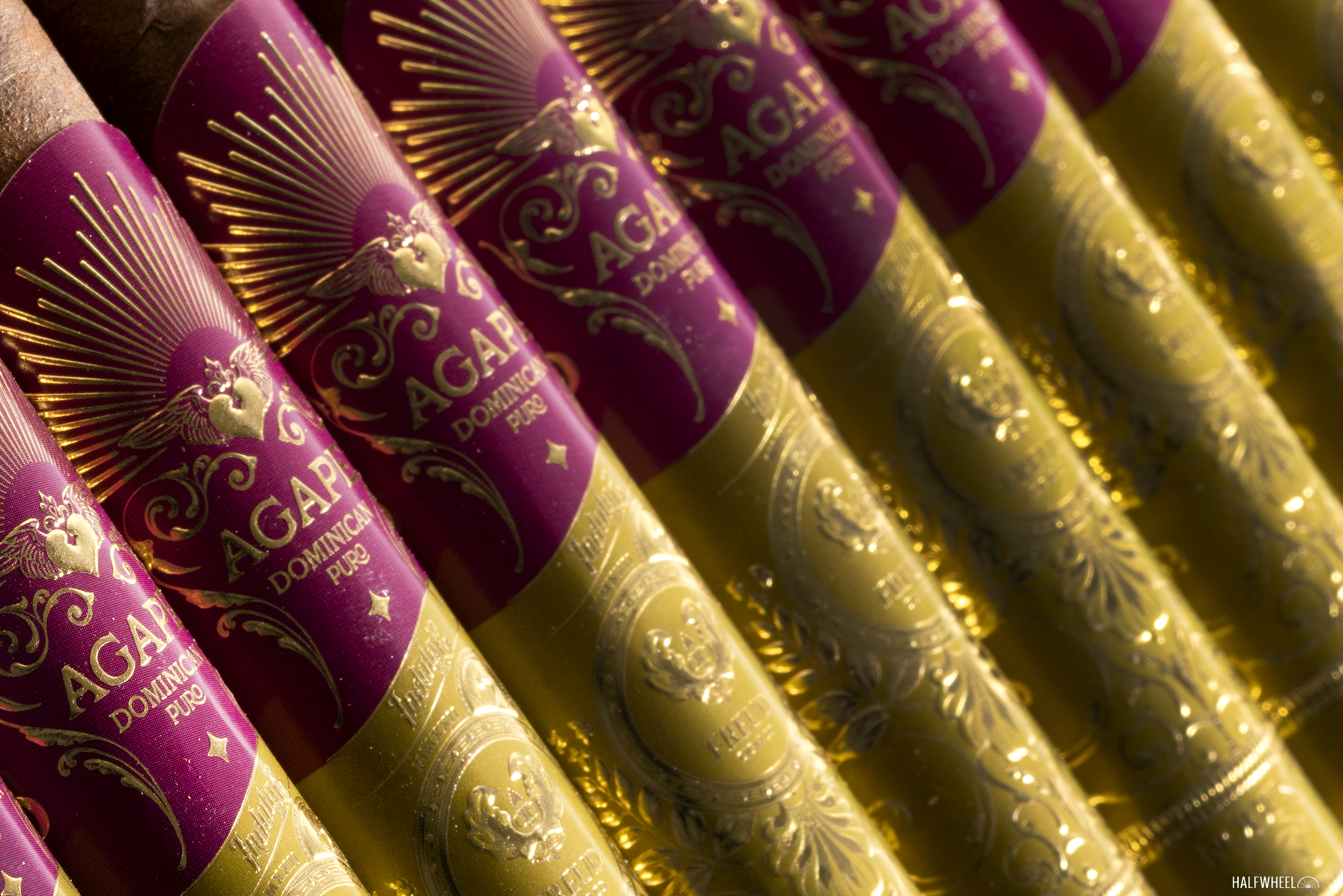 The MSRP is set at $30 per cigar and $300 for a box of 10 cigars, with production limited to 3,500 boxes. According to the company, the cigars were rolled in January, meaning they had about nine months of age on them when they began shipping to retailers in October. 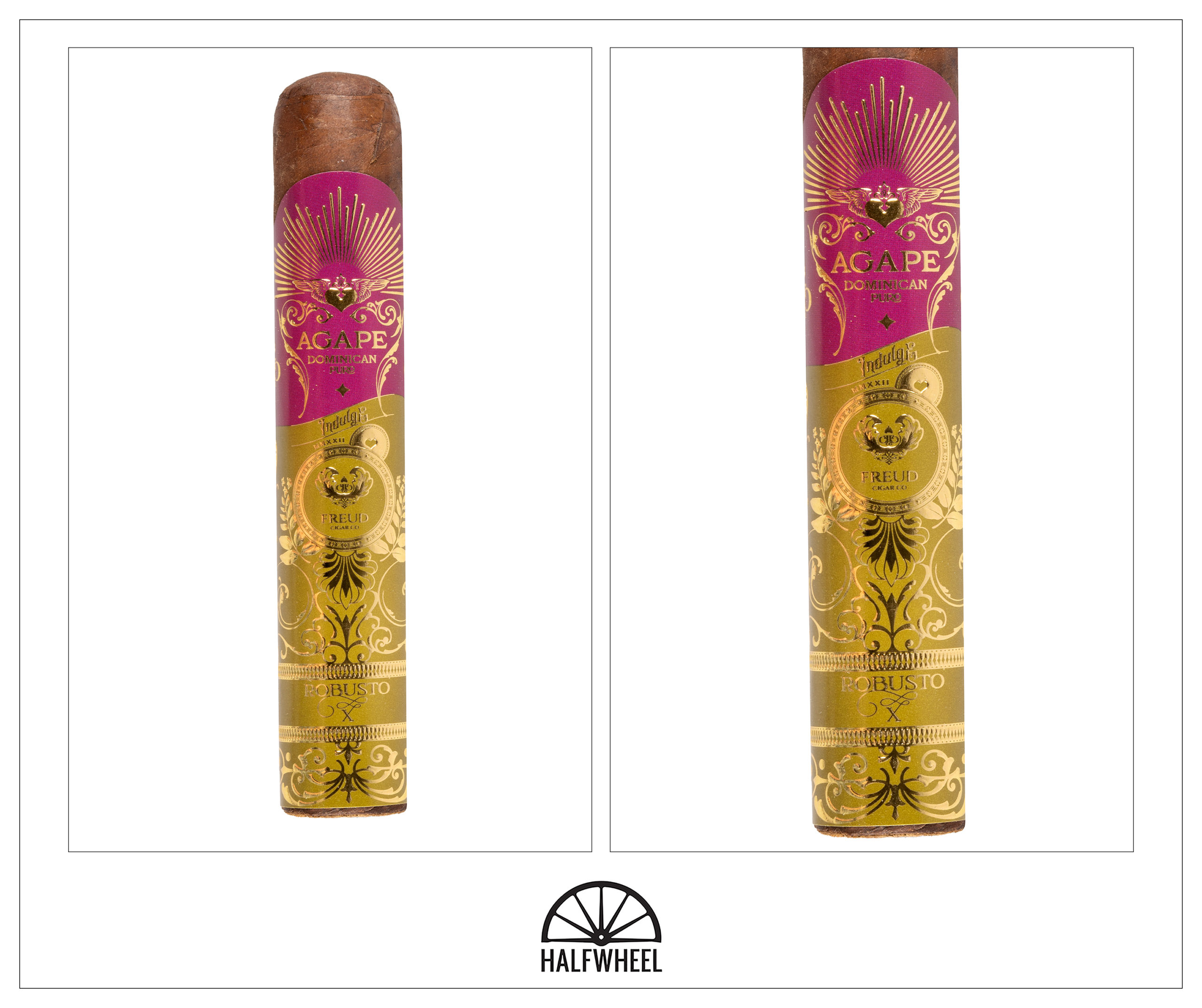 The first thing I notice when viewing the Freud Agape is the band: it covers more than 80 percent of the outside of the cigar, making it difficult to discern anything else at all until I remove it. Once that band has been removed, I am greeted by the sight of a dark espresso brown wrapper with a noticeable reddish tint that is sandpaper rough to the touch. In addition, there is some obvious oil present as well as numerous overt veins, and all three cigars are just short of rock hard when squeezed. Aromas from the wrapper are relatively faint, although cinnamon stands out from the pack followed by oak, earth, leather, toasted bread, cocoa nibs and very light generic sweetness. Notes emanating from the foot are stronger and include not only cinnamon and earth but also oak, light citrus, roasted coffee beans and a small amount of honey sweetness. Finally, after a punch cut the cold draw reveals flavors of creamy leather tack, gritty earth, oak, more cinnamon, coffee beans and honey sweetness.

Starting off, the Agape features a bit of black pepper and spice—although neither are overly aggressive at this point—along with bitter espresso and a light floral flavor. This combination lasts for about eight puffs, after which main flavors of leather tack and creamy oak take over the top spots, followed by nutmeg, gritty earth, sourdough bread, roasted coffee beans and a slight vegetal note. There is also a very slight red pepper note that is present on the finish as well as the retrohale, the latter of which combines with some light honey sweetness similar to what I noted on the cold draw. Flavor and body are both at just under medium, while the strength is slightly below them at a point between mild and medium. In terms of construction, the draw on all three cigars is excellent after punch cuts and smoke production is plentiful, while one cigar needs a quick correction with my lighter to keep on track.

The profile of the Agape becomes creamier and more complex in the second third, as a charred meat flavor combines with oak at the top of the profile, the former of which replaces the leather tack from the first third. Secondary flavors of cocoa nibs, toasted bread, espresso beans, dank earth and the aforementioned leather tack flit in and out at various points, while the retrohale continues to be dominated by a combination of slight red pepper and honey sweetness. Flavor creeps past the medium mark—albeit just barely—but the body and strength remain at a point just under medium. There are no issues with either the draws or the smoke production, but once again the burn on one cigar becomes problematic enough to need correcting. 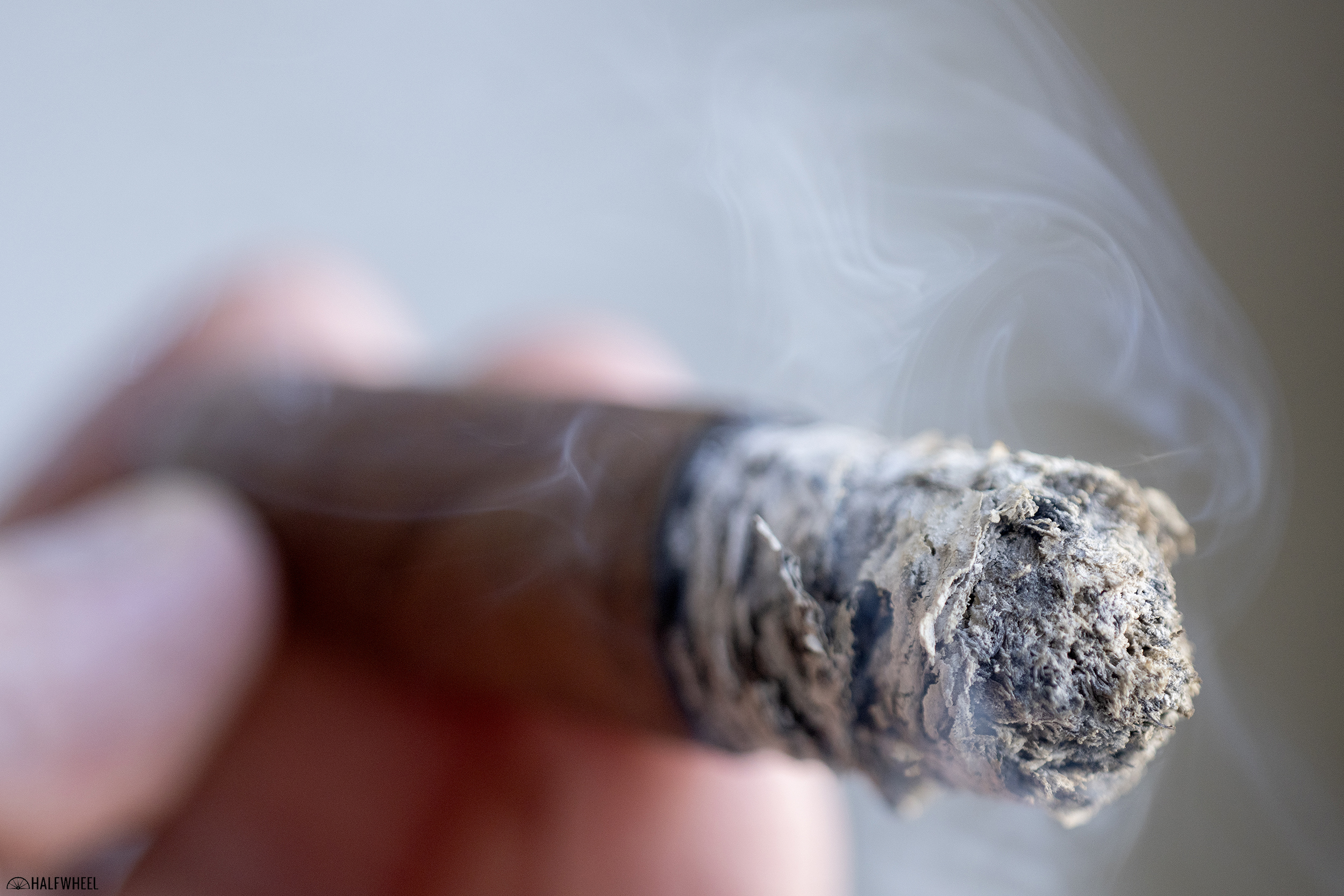 Creamy oak and gritty earth become kings of the flavor mountain during the final third of the Freud limited edition, although notes of leather, peanuts, sourdough bread, nutmeg and charred meat are not far behind. Unfortunately, the amount of red pepper and honey sweetness on the retrohale has not changed noticeably, but two cigars feature a fleeting mineral saltiness on my lips. The strength has taken a major jump forward to land at medium-full, but the body remains firmly at the medium mark, while the flavor increases to end slightly above medium. Finally, the three aspects of the construction are finally working together in harmony for all three cigars, and there are no issues with the burn, draw or smoke production. 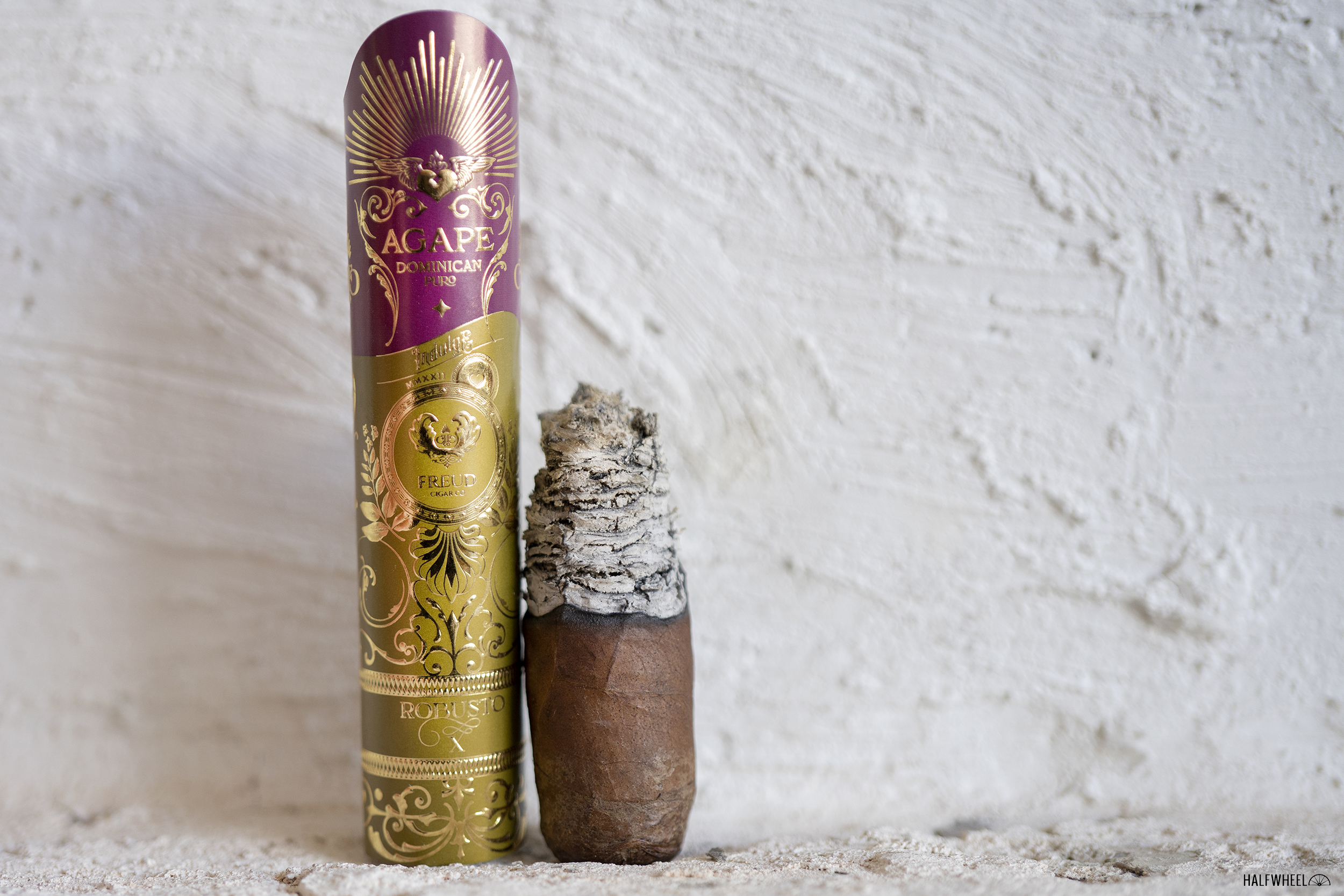 Expectations when dealing with cigars can be both a blessing and a curse, and with Diaz’s name and talents attached to it the Agape had a significant amount of hype surrounding it from the moment it was announced. After a bit of a bland opening third, the Agape picks up noticeably in the final two thirds, with flavors of oak and charred meat easily outpacing any other notes in the profile and a constant—albeit light—combination of red pepper and honey sweetness on the retrohale. In the end, the Agape—at least at this point in its life—tastes virtually nothing like a Davidoff, which might have been something the company was going for, but still leaves me wanting more.