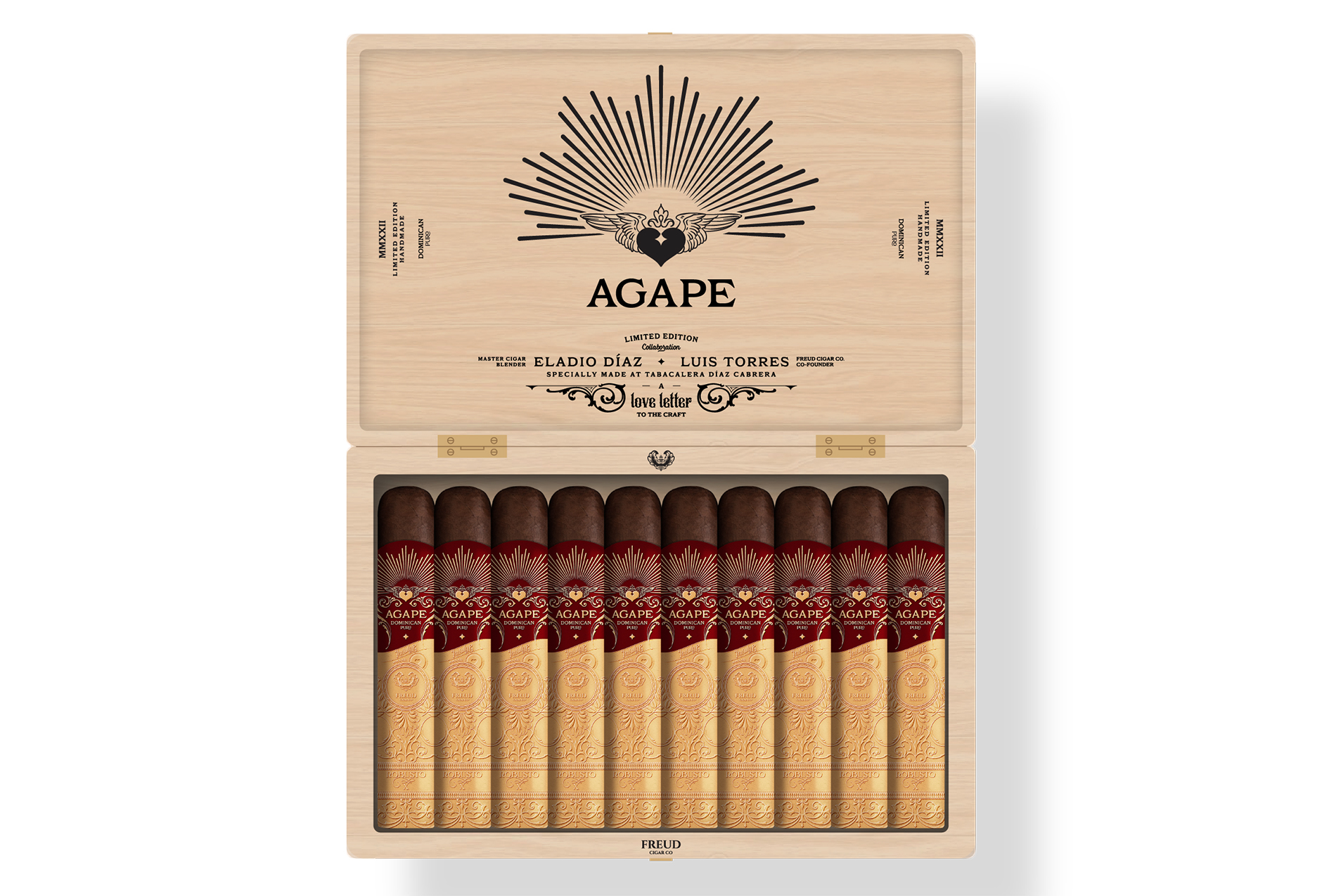 The cigar is a 5 x 54 robusto and is a Dominican puro that uses seven types of tobacco, including an autochthonous Dominican binder leaf, meaning that it is an indigenous leaf to the country. The blend was developed Luis Torres, co-founder of Freud Cigar Co., and Eladio Diaz, formerly the supervisor of production at Davidoff’s factory in the Dominican Republic. Diaz describes the cigar as being creamy and slightly spicy, with floral, cocoa and oak wood sensations.

The cigars were produced at Diaz’s new factory, Tabacalera Diaz Cabrera, and have been resting since they were rolled in January. Pricing is set at $30 per cigar and $300 for a box of 10 cigars, with production limited to 3,500 boxes.

Freud Cigar Co. made the announcement via Cigar Aficionado, which it provided the story to as an exclusive to that publication. Torres did confirm that the cigar is shipping to halfwheel.