Over the years, Omar de Frias of Fratello Cigars has taken the opportunity to acknowledge what could be considered his home territory with limited edition cigars. Specifically, that means Maryland, Washington D.C., Virginia, each notable in Fratello’s early years as being the home to the company and where de Frias landed some his earliest retailers.

Since then, he has released regional editions for Texas and Delaware, with a sixth regional release added in December 2020, this time for Pennsylvania.

“Pennsylvania has been critical to the success of Fratello from the beginning, and what better way to say ‘thank you’ to the retailers there than with a blend exclusive to the state.” said de Frias, founder of Fratello, in a press release.

The cigar is a 6 x 52 belicoso that uses a Connecticut broadleaf wrapper, Dominican binder and a mix of fillers from Nicaragua and, very fittingly, Pennsylvania. It is limited to just 300 boxes of 10 cigars, with the MSRP of each cigar set at $11. It is produced at the La Aurora Cigar Factory in the Dominican Republic. 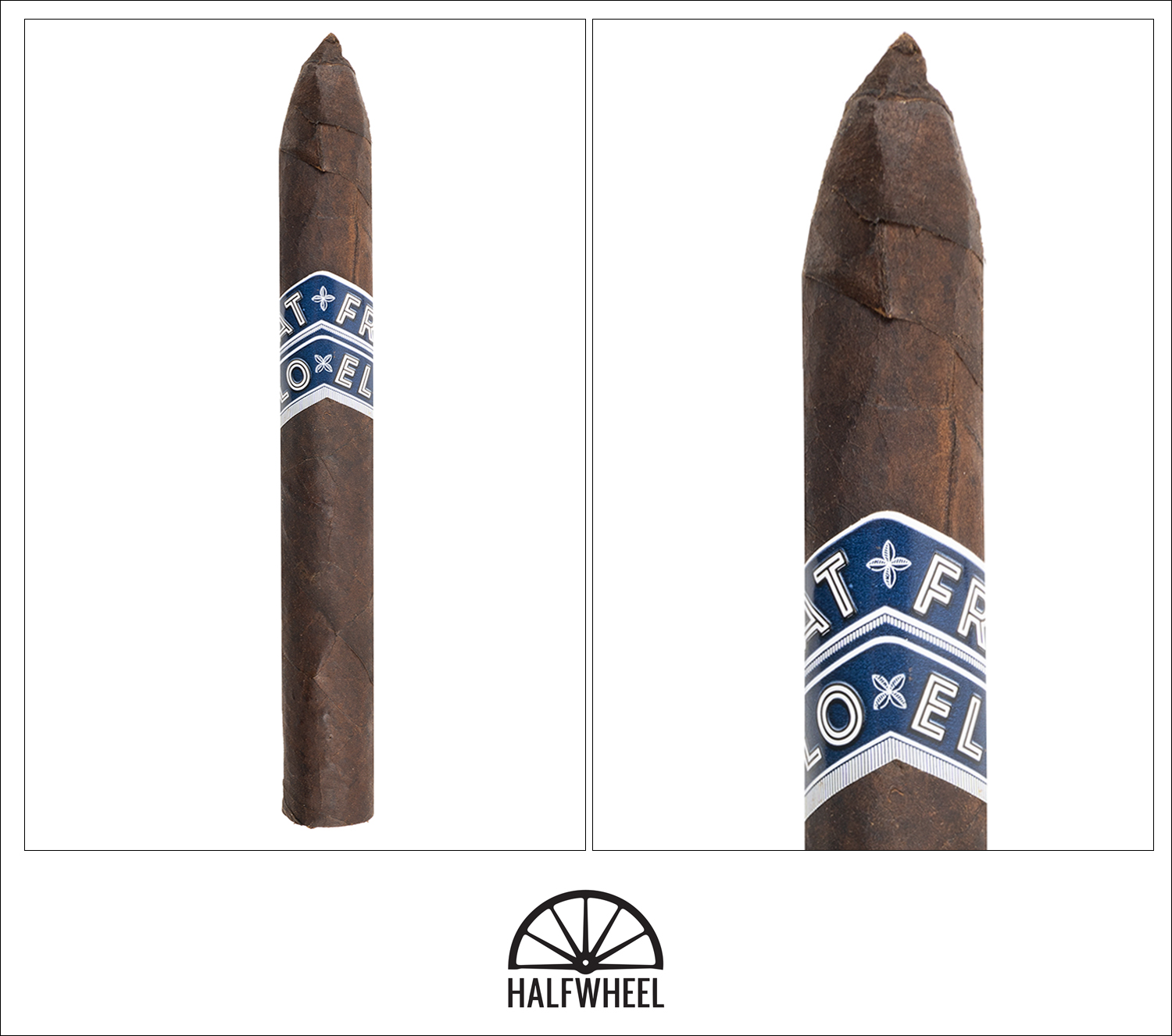 The Fratello Pennsylvania wears a very dark wrapper, a rich and earthy shade of brown that has me thinking of the soil in a well-tended garden. Between the three samples there is the occasional big vein—one of which caught my attention enough to warrant taking a picture of it—but otherwise the rest are fairly normal. There is some slight texture to the leaf, as well as a bit of oiliness. It’s rolled to a fairly firm density, and visually it looks pretty good, though as noted above that one large vein creates a bit of a distraction, while the head of another sample has become slightly unglued. One cigar also appears to have a small chip missing from the wrapper at what would be the point between the first and second thirds. The foot has aromas of berry sweetness, in particular the juice that’s left over after warming up some frozen mixed berries. There is also a bit of black pepper and some dry wood, both subtle accents rather than frontline players. The cold draw is just a bit firm, though as with all belicosos and torpedoes, I’m inclined to attribute some of that to my conservative cutting of the head. Flavors are a bit more jammy here, in particular more of a grape jelly note than the mixed berries I got from the foot. That same dry wood reappears, though less of the pepper joins it.

The Fratello Pennsylvania starts off fairly smooth in flavor while the smoke has good creaminess to its body. A bit of peppery tingle slowly emerges in the first inch, as does some earthiness that has a terroir distinctive enough to make me wonder if it’s that of the Pennsylvania tobacco. Not long after I get a bit of a warm cola aroma wafting into my nostrils as the cigar rests; the flavor doesn’t translate quite as well and there’s not that usual sweetness, but the essence is there. While I’m thinking that the flavor and body are going to progress into at least a medium-full range, neither does, and if anything both back off just a tick after the first clump of ash falls. There’s now a lighter, almost bread-like flavor coming in, though the pepper is still in play and some of the cola syrup lingers on the finish, making for an interesting combination.  The first third is definitely milder than I was expecting, checking in just shy of medium, a mark I’d also give to body and strength. Construction is fantastic on all fronts though I wouldn’t mind a tick more smoke production. 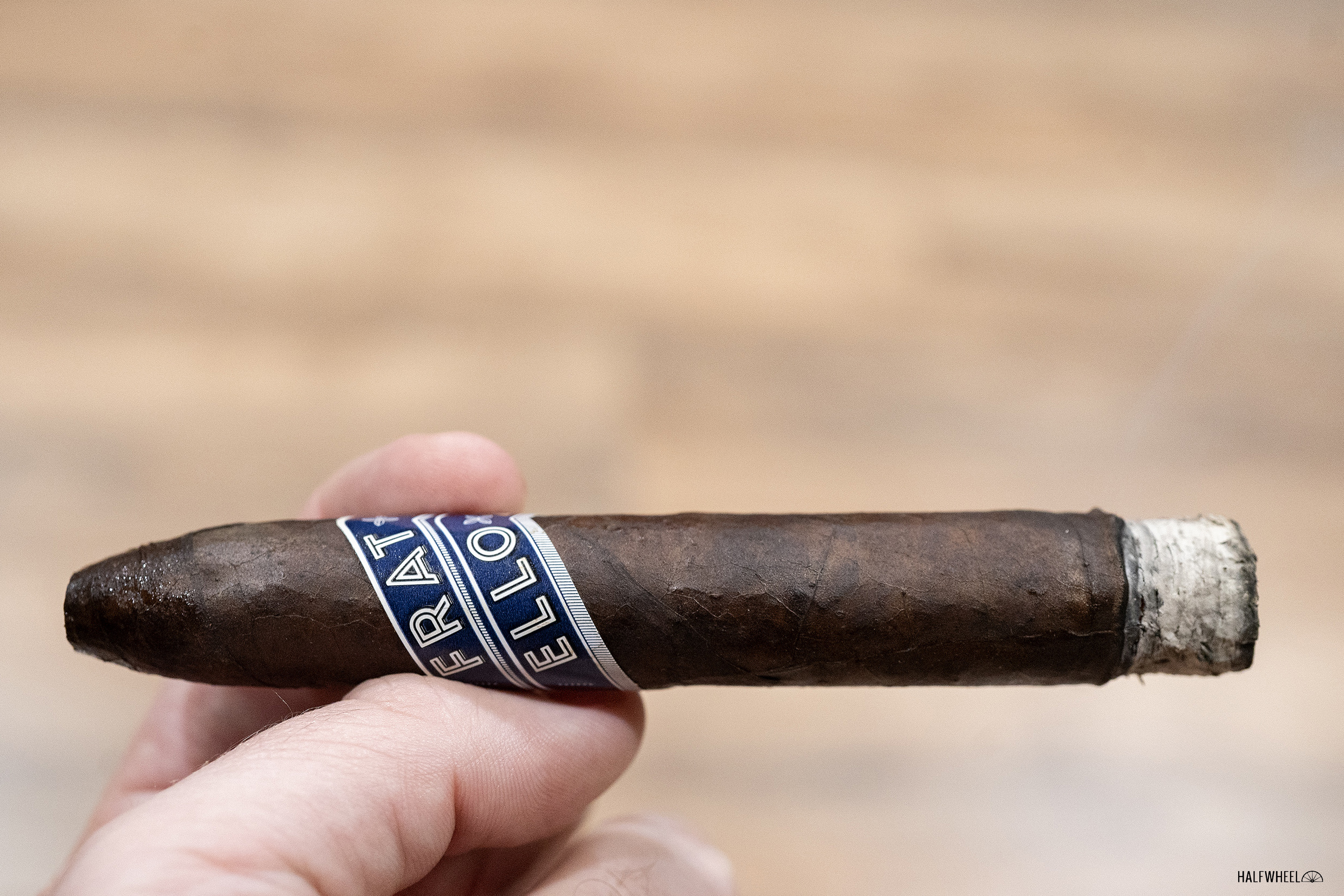 There’s some very subtle pepper to be found and what inspires me to write that is smelling it wafting into my nose while the cigar is resting in the ashtray. Even though it is subtle, it is one of the clearer aromas I have picked up thus far. That first whiff of it foretells a fairly quick increase in pepper, with each retrohale revealing more black pepper until it reaches a fairly strong expression at the midway point. Flavor-wise, the cigar seems to be stuck between a dry but fairly rich earthiness and a dry firewood flavor, with some pepper tugging in both directions. As a result, there is a bit of irritation beginning to emerge towards the back of the throat, which isn’t a great addition to the experience. There are puffs where my palate seems to catch a fairly clean version of the earthiness when it’s not battling anything else. Those puffs are pretty enjoyable with a bit of sweetness that holds onto the cola while introducing some chocolate, although it’s subtle and not a consistent find from puff to puff, let alone to cigar to cigar. The final puffs of this section bring about a bit more earthy richness, though it still feels like I’m waiting for the cigar to full wake up and start showing off what all it has in store. Construction is still very good: the draw is smooth with just a touch of resistance, the burn line is even and smoke production is more than adequate. 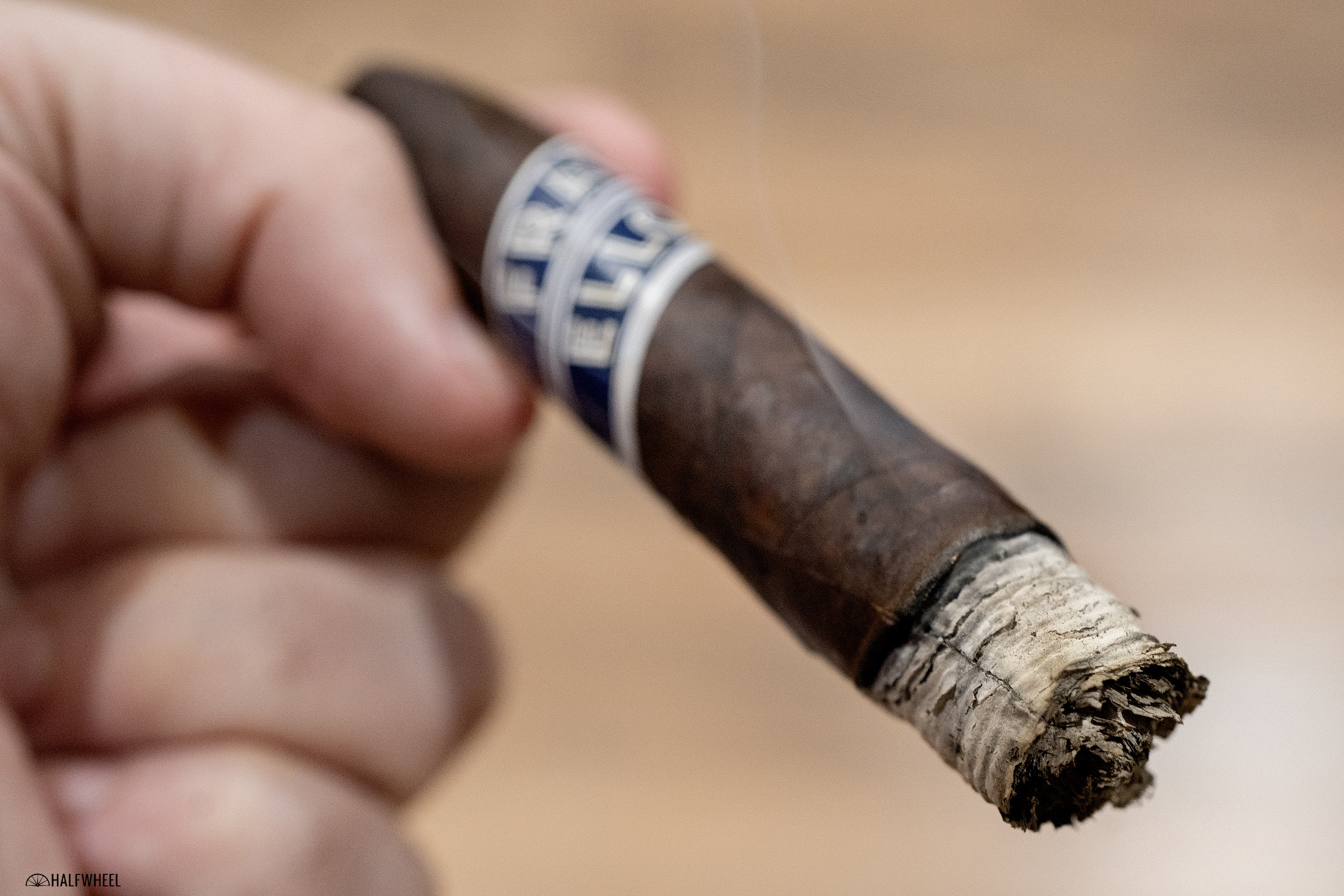 At the start of the final third, the Fratello Pennsylvania continues to awaken, or at least, be a bit less flat than it has been thus far. There’s earth, touches of cooled coffee, a bit of rock, and a finish that has me thinking of black pepper at first but then I realize it’s hitting too far back in the throat to be that. While it has woken up, it doesn’t seem that it has made up its mind as to what it wants to be. The earthiness continues to pull in one direction, a bit of woodiness pulls in another, and pepper and harshness sit in the middle seemingly helping neither side. A bit of chalk comes into the equation, while retrohales picks up a bit as well to add to that experience’s complexity. The cigar doesn’t offer much in the way of smoothness, but it’s still smokeable without too much issue, and able to be taken down to a fairly small nub. The technical performance remains very good, with flavor finishing between medium-full and full depending on the sample, body is medium-full, and strength is north of medium. 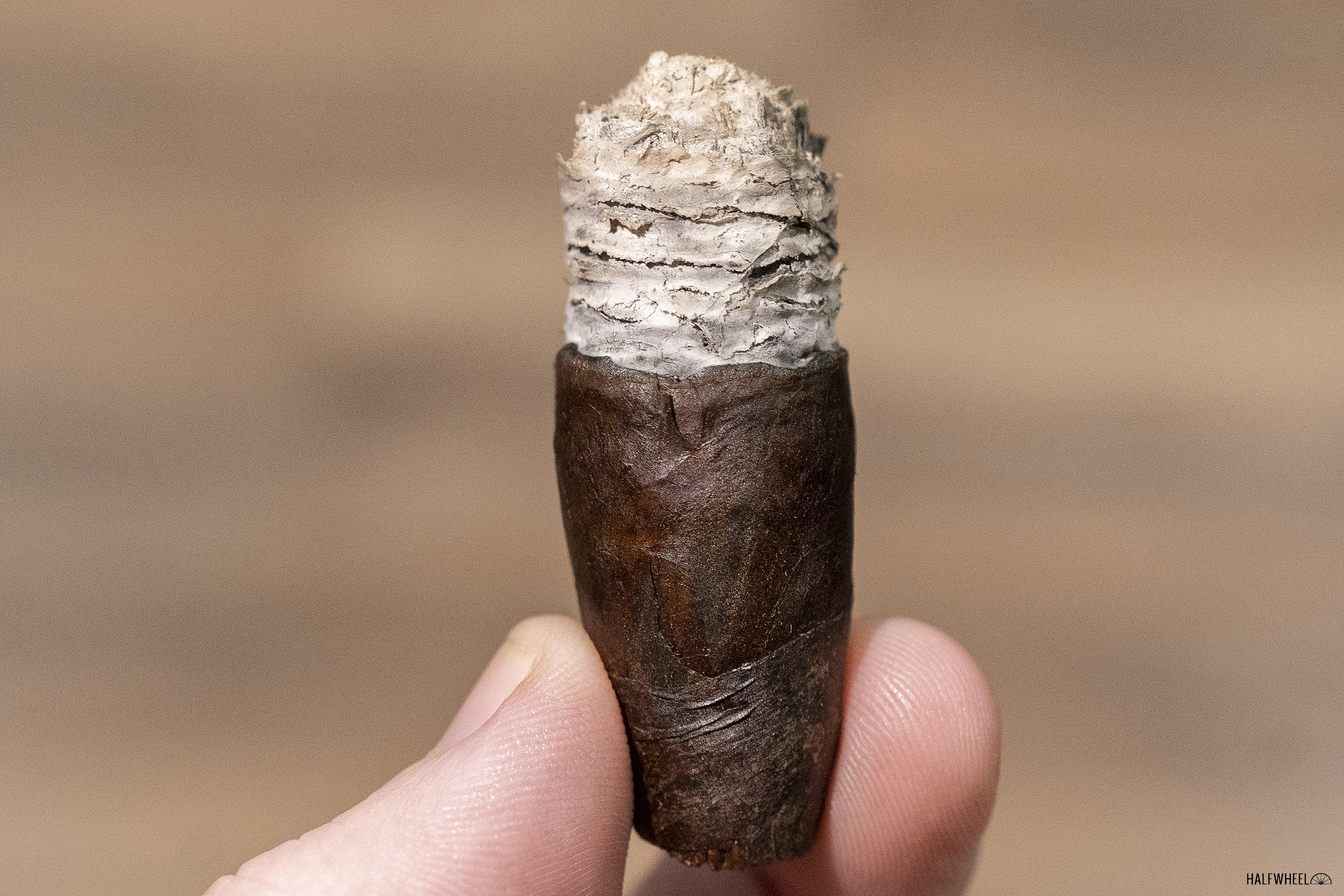 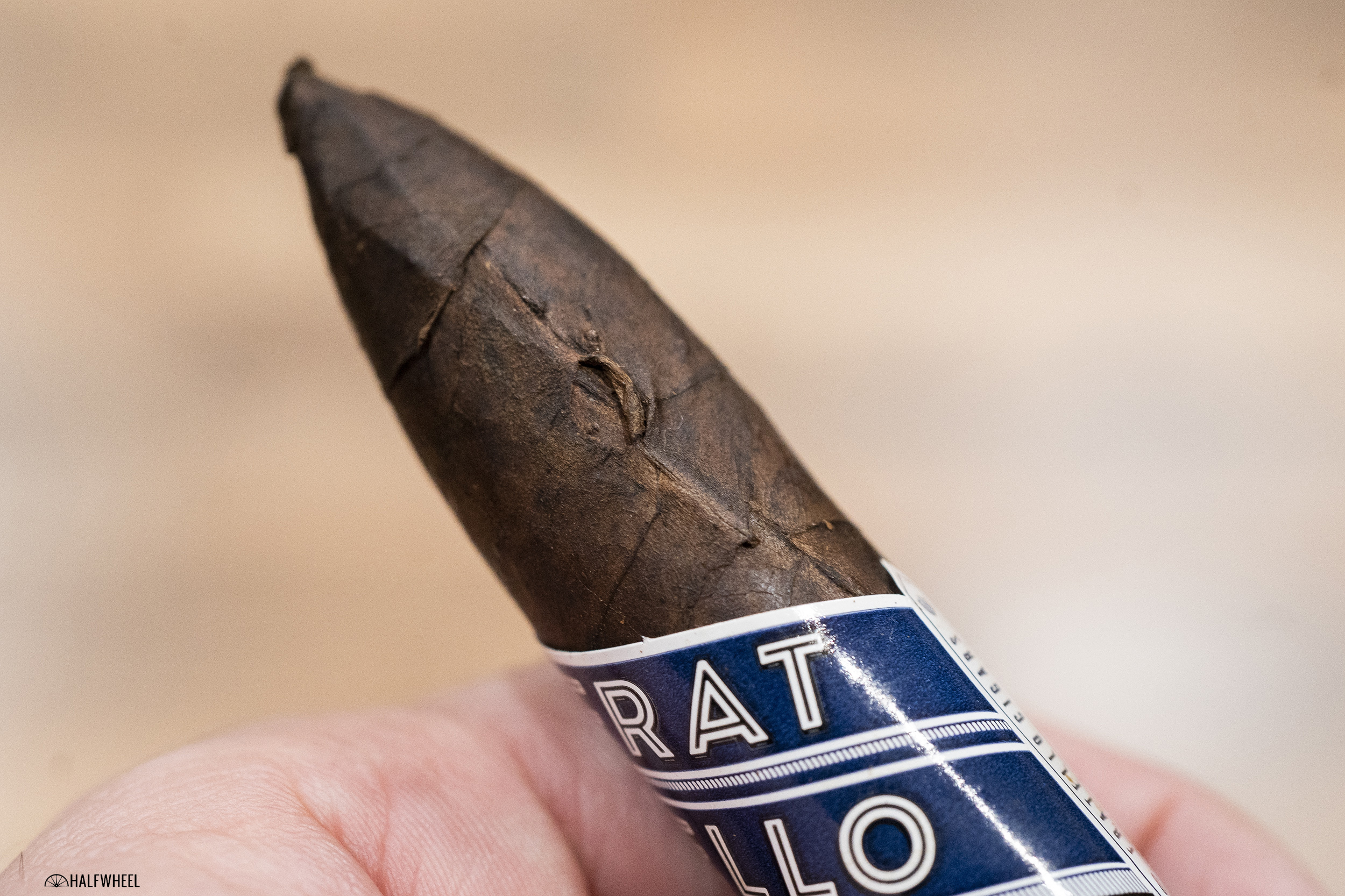 There are times when I come across a cigar that is good yet seems to lack a true identity, which is what I’m left as a takeaway from the Fratello Pennsylvania. Given the blend details, it would be understandable to think that this will be a much fuller, richer, meatier, bolder cigar, yet it’s not. The first third is remarkably tame, and it’s not until the final third—or late in the second—that the profile begins to wake up. But as I noted above, even when it does wake up, it doesn’t quite seem to know what it wants to do, which makes it tough to produce a strong finish. Whatever flavors that I think I should be getting from the habano wrapper pull have one idea where the flavor should be going, while the Nicaraguan and Pennsylvanian filler seem to have another. They never get in true lockstep, with a roughness coming out in the second half that only furthers the disjointedness of the profile. Given the name of this cigar, it would only seem right to put the Pennsylvanian tobacco in the spotlight for as long as possible, though that simply didn’t seem to be the case. The Fratello Pennsylvania is a decent cigar, though one that feels like it could benefit from a much clearer understanding of what it is trying to be.