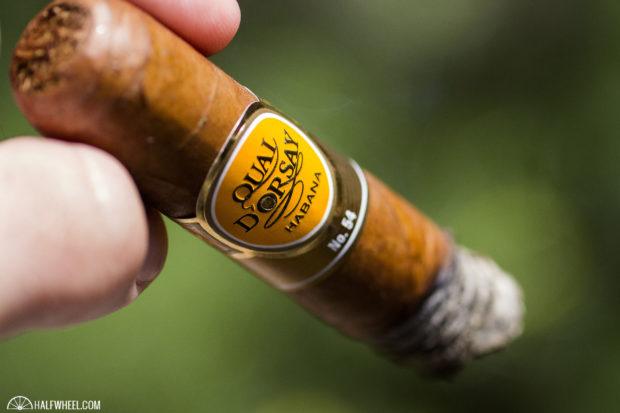 The new look, new profile, and new sizes of Quai d’Orsay are set to make their retail debut next month in France before rolling out to an expanded network of distributors and retailers around the globe.

But, it’s not stopping at the country most closely associated with the brand.

The new Quai d’Orsay sizes have already been ordered by nearly 30 distributors, which will bring them to approximately 100 markets, according to Luis Sanchez-Harguindey, co-president of Habanos S.A.

The Quai d’Orsay No. 50 and No. 54 will reach consumers approximately one year after the cigar world got its first look at the revamped bands by way of an Edición Regional for France, the Secreto Cubano. While that cigar was dressed in bands that would provide a preview of the marca’s new look, the new year would hold the real news for the brand. At the start of February, Habanos S.A. began confirming tidbits of information about its upcoming releases, including that the Quai d’Orsay brand would be featured during the upcoming Habanos Festival, saying that Quai d’Orsay would have “a promising new stage from this Festival on,” building on previous comments that the line would undergo changes to bring a new premium association to the brand as well as enhancing its Cuban origin.

Quai d’Orsay is one of Habanos S.A.’s 27 brands, with its history dating back to around 1973. Valéry Giscard d’Estaing, then Minister of Finances and soon-to-be President of the French Republic, sent a letter to the state tobacco monopoly asking why there was no French cigar. A request was made to Cubatabaco, whose chief blender crafted a new cigar that would come to bear the name Quai d’Orsay, named for the wharf along the Seine where the tobacco office was located. It remains the only brand made completely in Cuba at the request of another country.