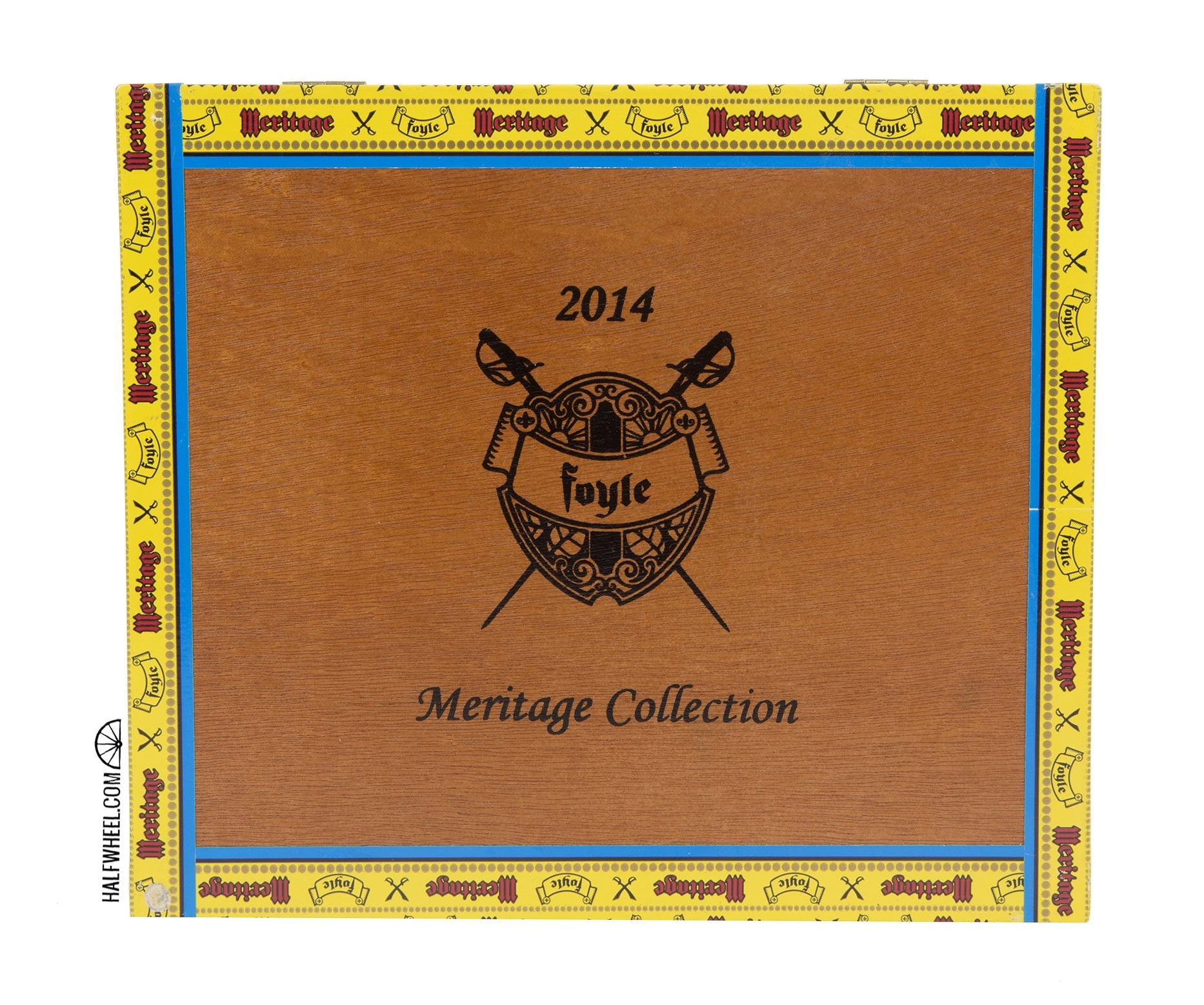 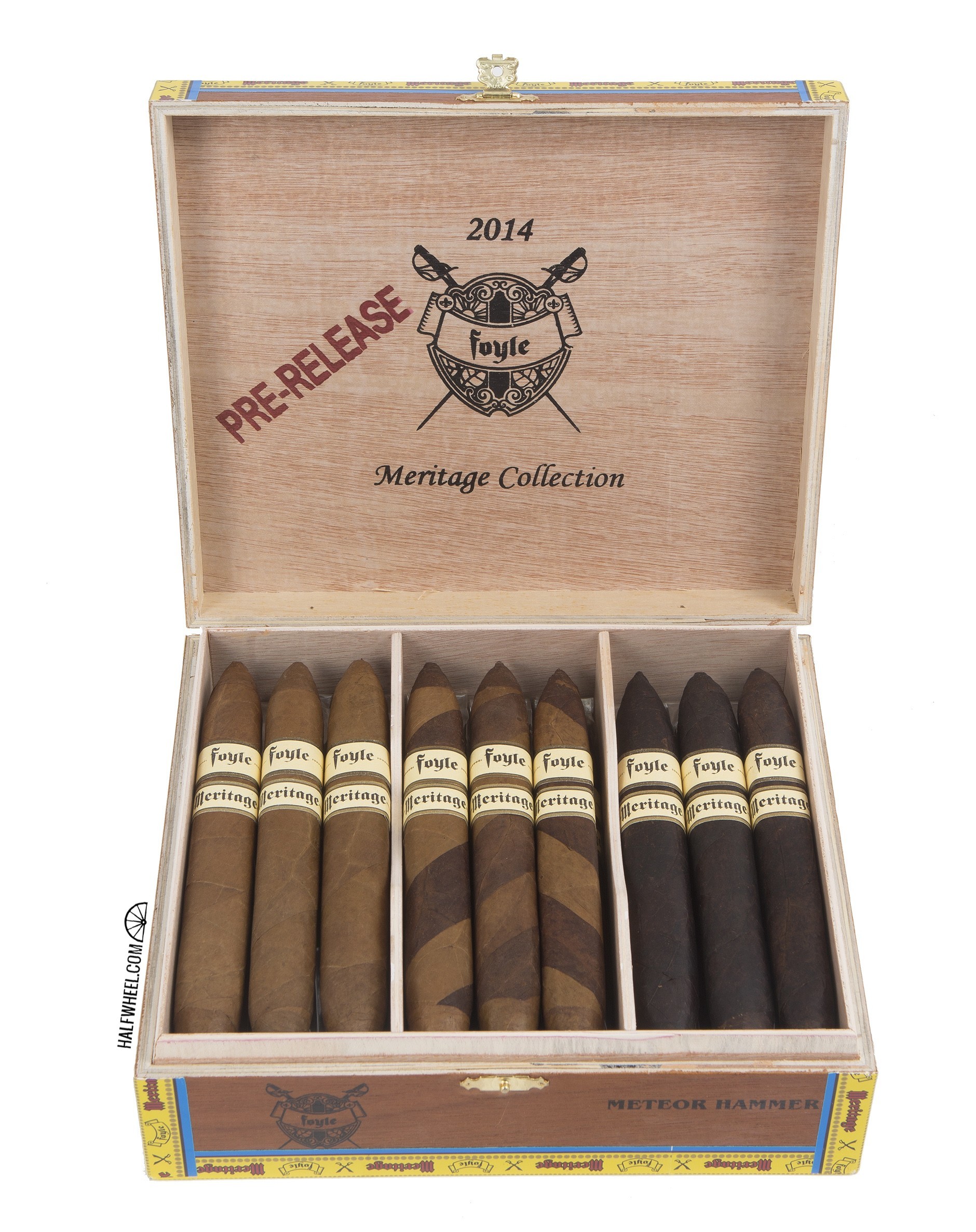 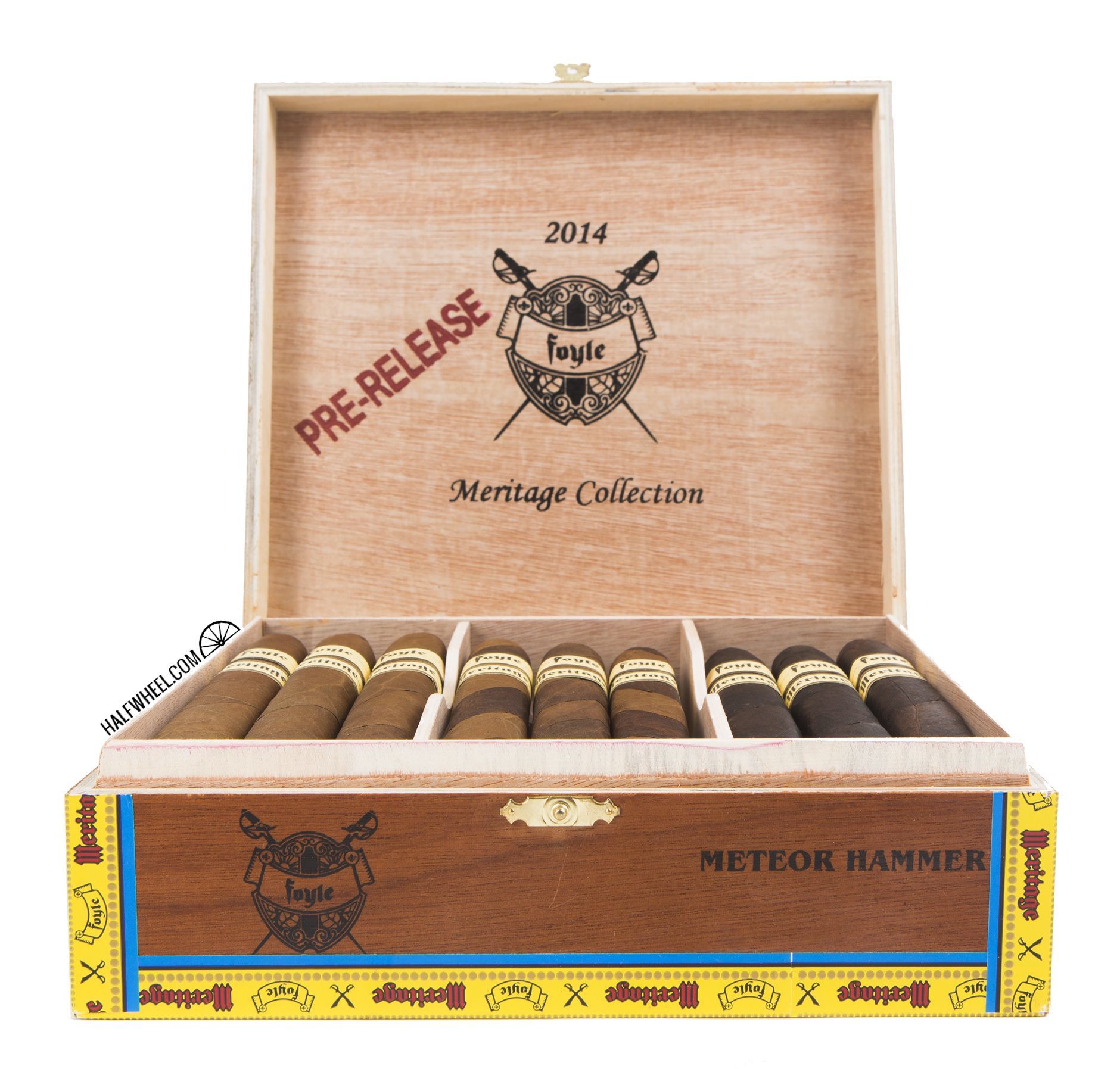 As with the rest of the Foyle cigars, the internal blend of the new releases is made up of tobaccos from Costa Rica, Honduras and Nicaragua, and they are produced at Raíces Cubanas in Danlí, Honduras. Each cigar has a suggested retail price of $8 regardless of wrapper, with boxes of 27 selling for $216.

There are now five different vitolas in the Foyle lineup: 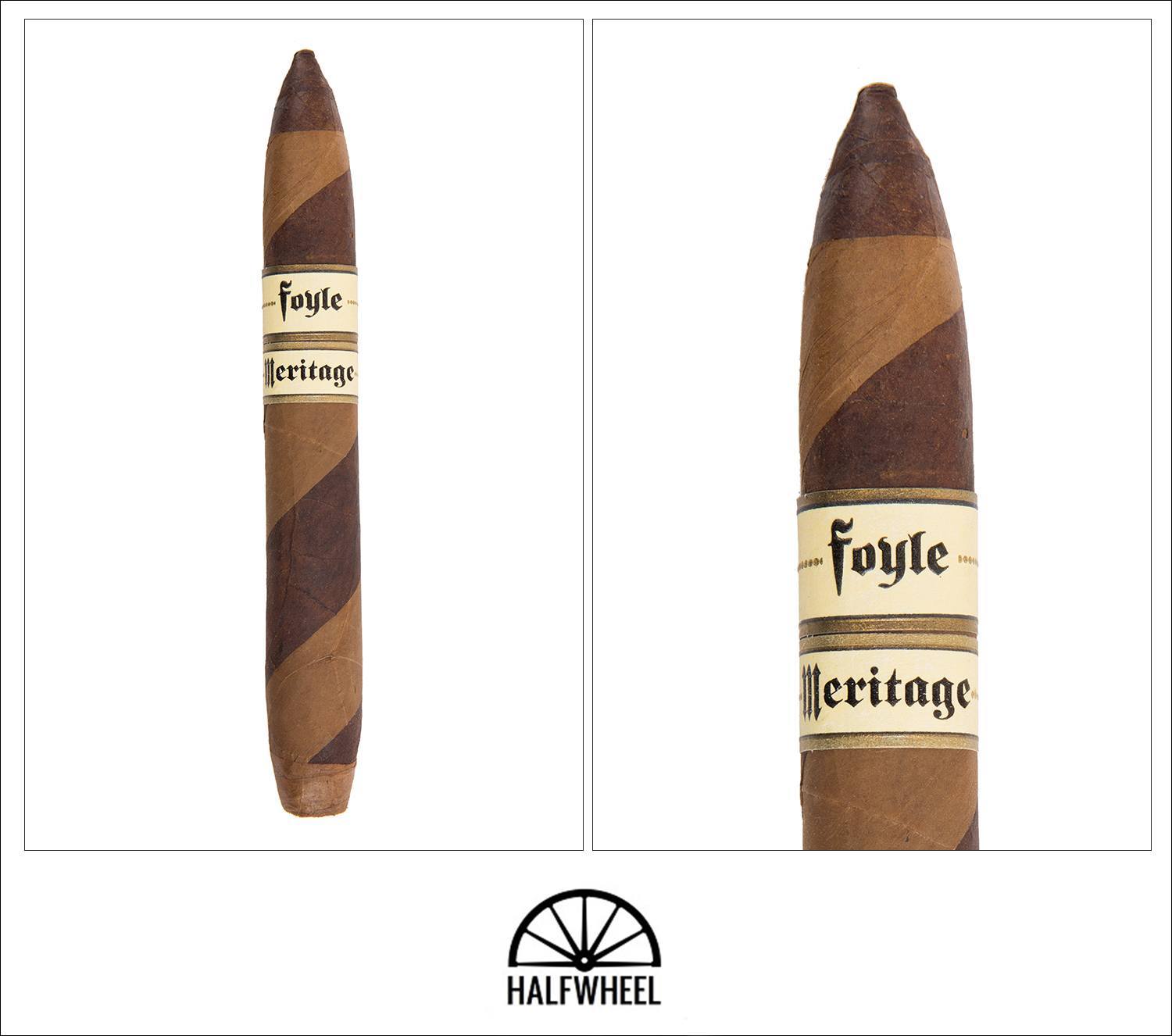 The Foyle is certainly visually striking, with a combination of a box-pressed double perfecto vitola and very obvious barberpole wrapping: dark espresso brown followed by light brown, and so on. There is no oil present that I can see, and the cigar is extremely spongy, almost to the point where I think it might cause problems. Aroma from the wrapper is a combination of sweet tobacco, manure, leather, gritty earth and peanuts while the cold draw brings flavors of bitter coffee beans, dark chocolate, leather, hay and slightly sour earth.

The second I light up the Foyle, I am inundated with a sweet rum and oak combination of flavors that seriously had me asking if the tobacco was flavored. As the cigar burns down a bit more, there are other flavors become more noticeable, namely creamy almonds, sweet tobacco, leather, white chocolate, hay and coffee. The rum sweetness has died down a bit from the strong opening, but is still a dominant flavor in the profile, and there is an obvious bitterness on the finish as well which makes for an interesting combination. I am picking up some black pepper on the retrohale as well as some spice on my tongue, but neither are very strong as of yet. The burn starts out a bit wonky, but not bad enough to have to correct, and the draw is excellent from the start. The strength is almost nonexistent so far, and barely makes it out of the mild territory before the first third comes to and end. 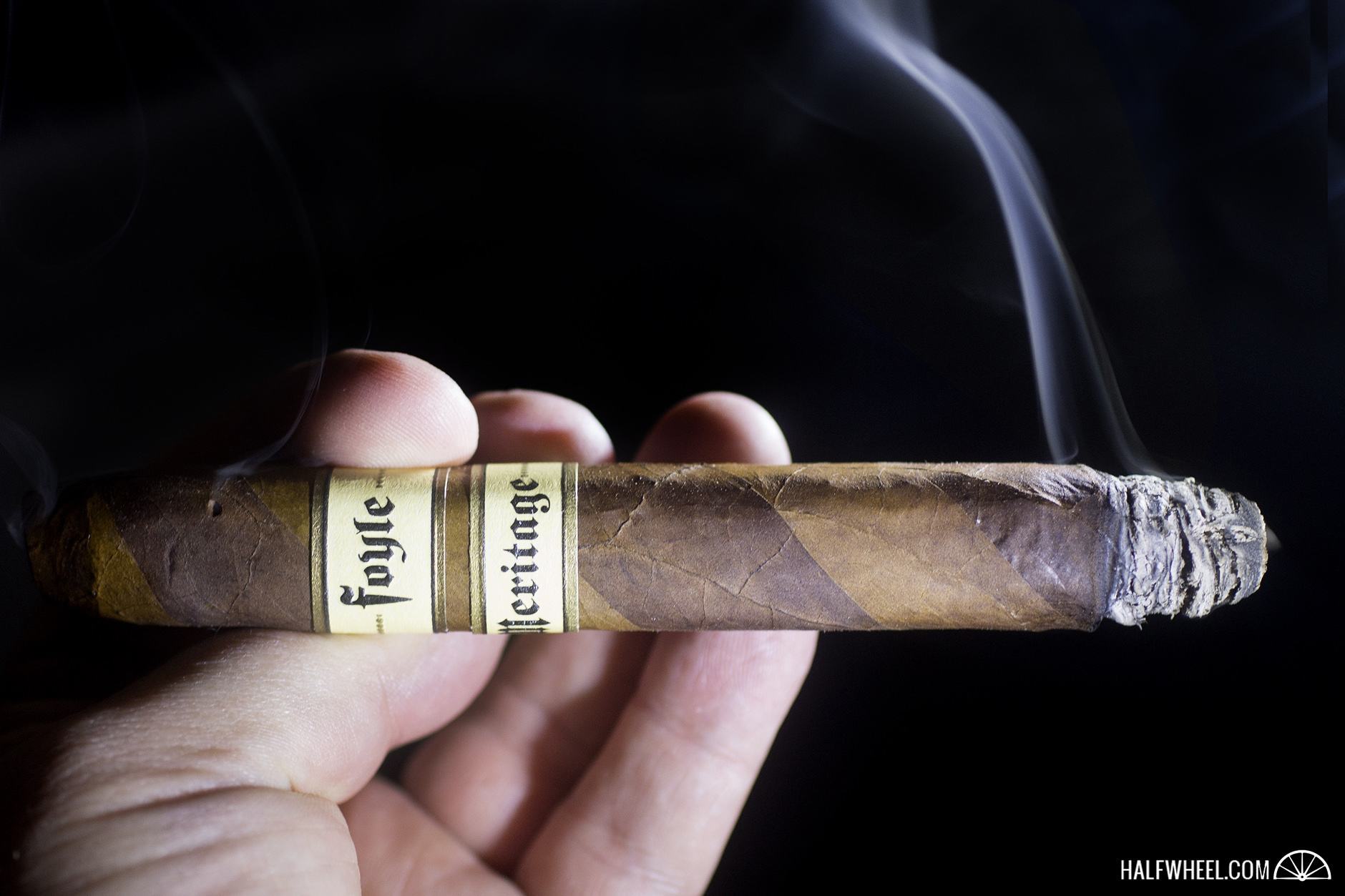 Thankfully, the sweetness from the first third begins to dissipate noticeably as the second third begins, allowing other flavors to emerge; licorice, grass, dark cocoa, creamy nuts, oak, and leather. The sweetness begins to morph around the halfway point of the cigar, reminding more of a mocha coffee, and is also much less aggressive on the palate. In addition, there is still some black pepper on the retrohale, and just a touch of spice on my tongue. Construction-wise, the Foyle continues to impress, with a draw that has just the right amount of resistance and a burn line that needs no attention. The overall strength has increased, but still fails to reach the medium mark by the end of the second third. 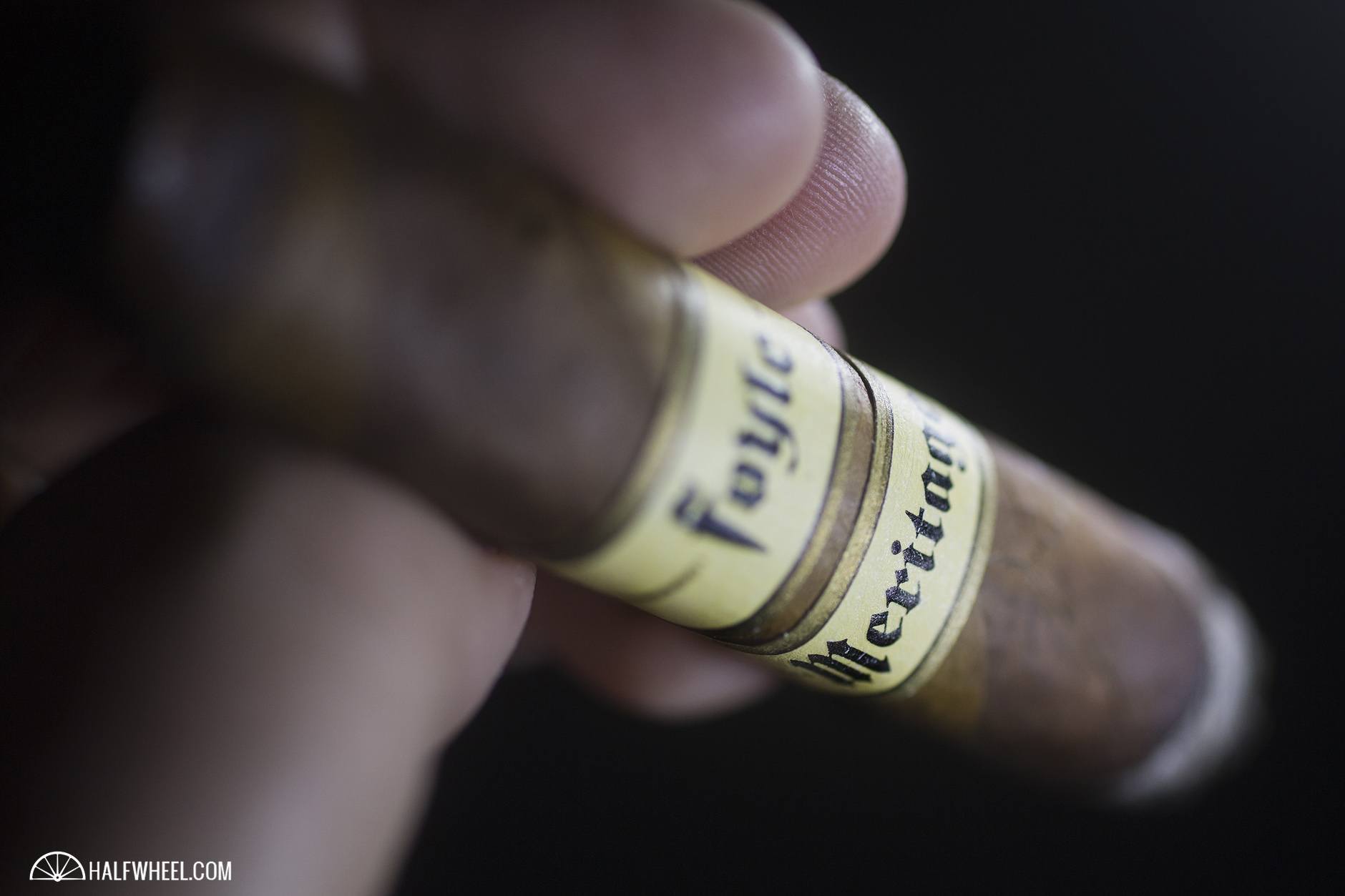 The final third of the Foyle continues to get better, with the less aggressive mocha sweetness combining nicely with other flavors of hay, creamy peanuts, oak, leather, chocolate and earth. There is still some noticeable black pepper on the retrohale, but the spice on my tongue from the second third is long gone halfway through the final third. Both the burn and draw remain excellent until the end, with no need to worry about either, and the smoke production is still quite copious off of the foot. Strength-wise, the Foyle final reaches a point close to the medium mark, but never actually makes it over by the time I put the nub down with less than an inch left. 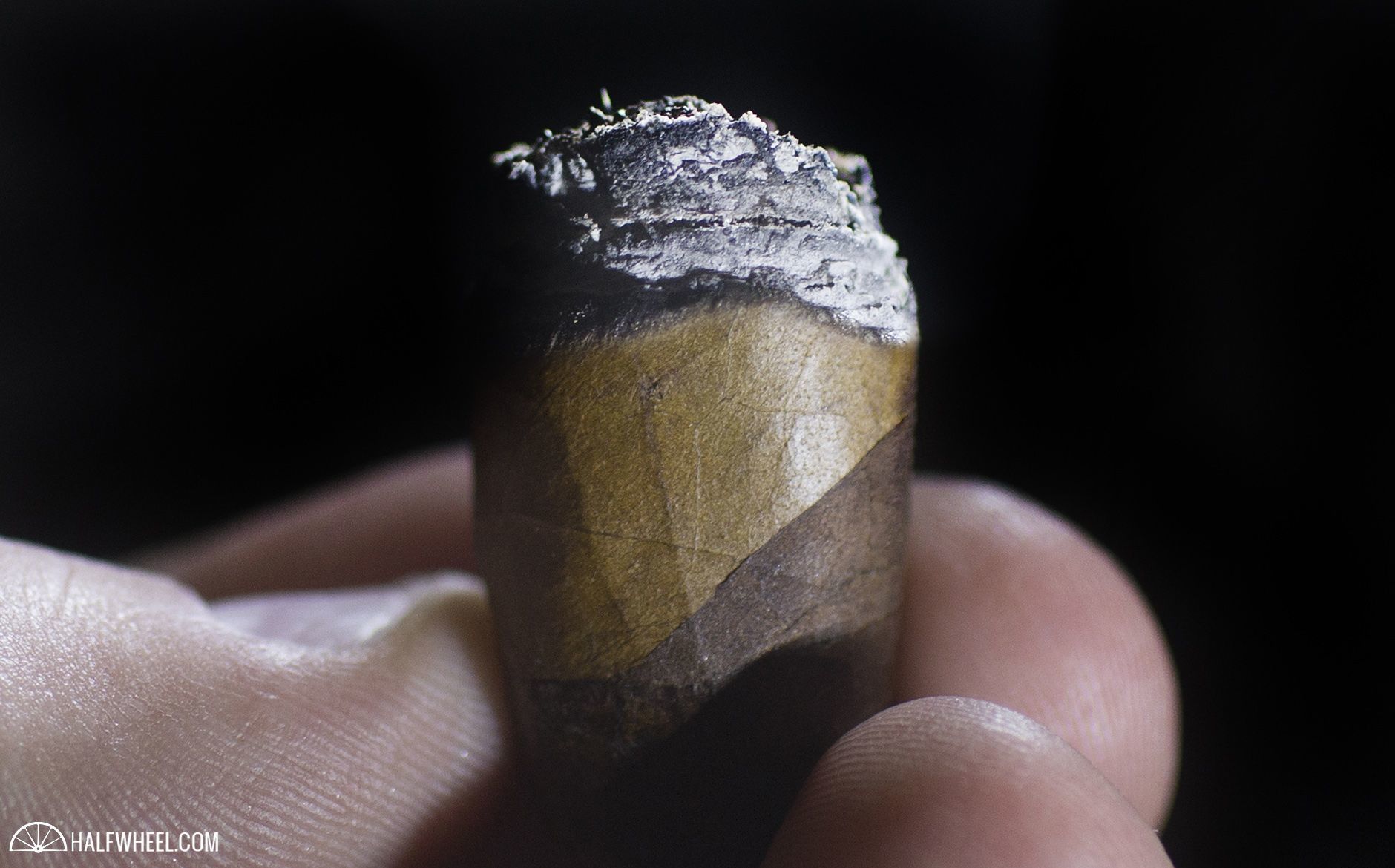 The vast majority of barberpole cigars I have smoked over the years have been nothing more than gimmick cigars, and the Foyle Meritage Collection Meteor Hammer Barberpole certainly has a bit of that involved. The sweetness that is present in the half is extremely strong, and overwhelms almost any other flavors that might be present. The result is an unbalanced mess for roughly the first half, with the second half becoming more and more enjoyable as the cigar burns down to the nub. Construction was quite good overall, with an excellent draw and very good burn on all three samples, along with plenty of smoke production coming from the foot. In the end, this is not a cigar I would see myself smoking again in its current form, although people who like extremely sweet blends would probably enjoy it quite a bit more than I did.