The Lotus Group/Integral Logistics has added a quartet of new lighters to its value-oriented Vertigo collection. The Poseidon is a triple-flame torch that offers a built-in punch cutter, single action ignition and large flame adjuster wheel. The metal body is highlighted by a clear fuel tank that provides a look into how much butane is left in the tank. It’s available in three finishes: black crackle, antique pewter and black, and matte gunmetal and black, each with an MSRP of $24.99. 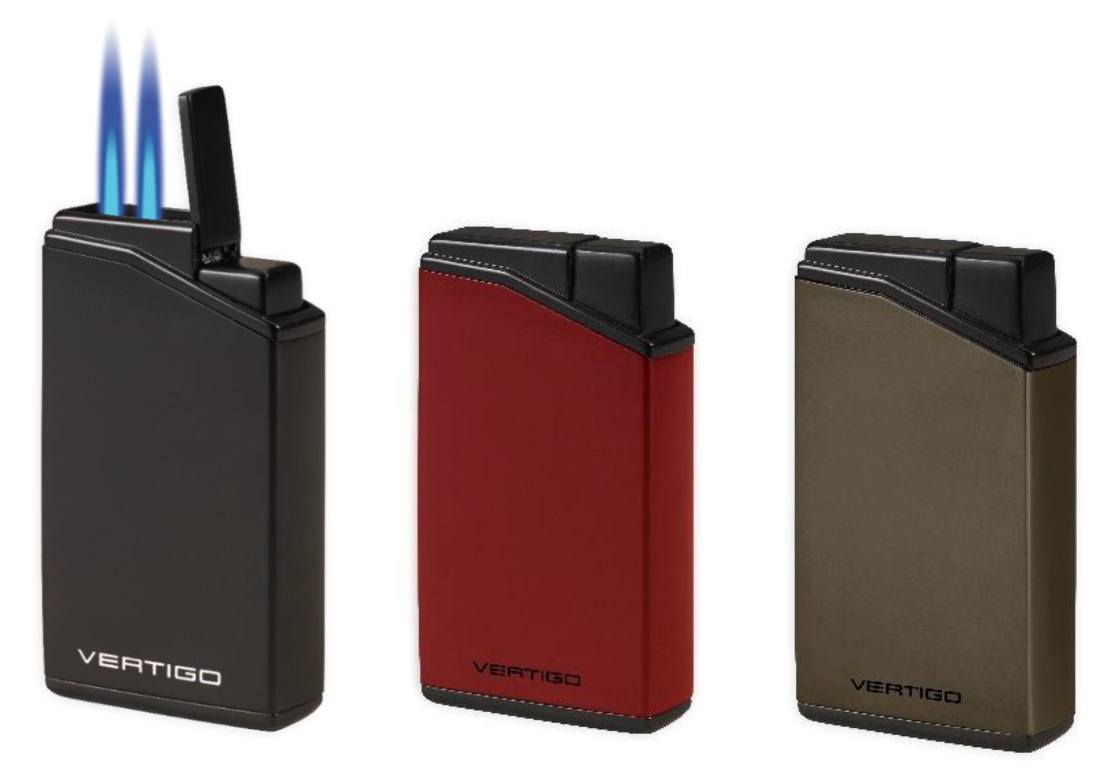 For fans of double flame torches, the Valet packs two jets into a compact metal body. A single action ignition is activated by pushing down on a button on the top of the lighter, while a fold-out cigar punch is housed on the bottom and a fuel window can be found on the side of the lighter. It’s offered in matte black, red, and gunmetal, each with black accents and priced at $24.99. The single flame Attaché features single action ignition, a large fuel adjustment wheel on the bottom of the lighter and a fuel level window on the side, packed into a metal housing. It’s priced at $9.99 and is offered in brushed gunmetal, brushed chrome, and anodized black. Rounding out the new offerings is the Hawk, a single-action triple flame torch that features a large, clear fuel tank and an oversized flame adjustment wheel. It’s offered in blue, charcoal, and clear, each priced at $9.99.

All four of the lighters have begun shipping to retailers and come with a lifetime warranty.