As with the blends that were released in 2012 and 2017, the Mule Kick Limited Edition 2018 is a 5 7/8 x 52 toro and it incorporates the same tobacco in the binder and filler as the regular Four Kicks line. However, there is a major change to the blend: the wrapper on the newest version is a Connecticut habano as opposed to the Ecuadorian habano that covered the two previous versions.

“We could’ve easily re-released the (original) Mule Kick blend again; however, we wanted to take it to another level,” said Jon Huber, Crowned Heads co-founder, in a press release. ” When we added the Connecticut (Habano) wrapper to the blend, we collectively agreed that it just truly added another dimension of structure, flavor, and intensity that surpassed the (original).”

There have now been three different Mule Kick releases. 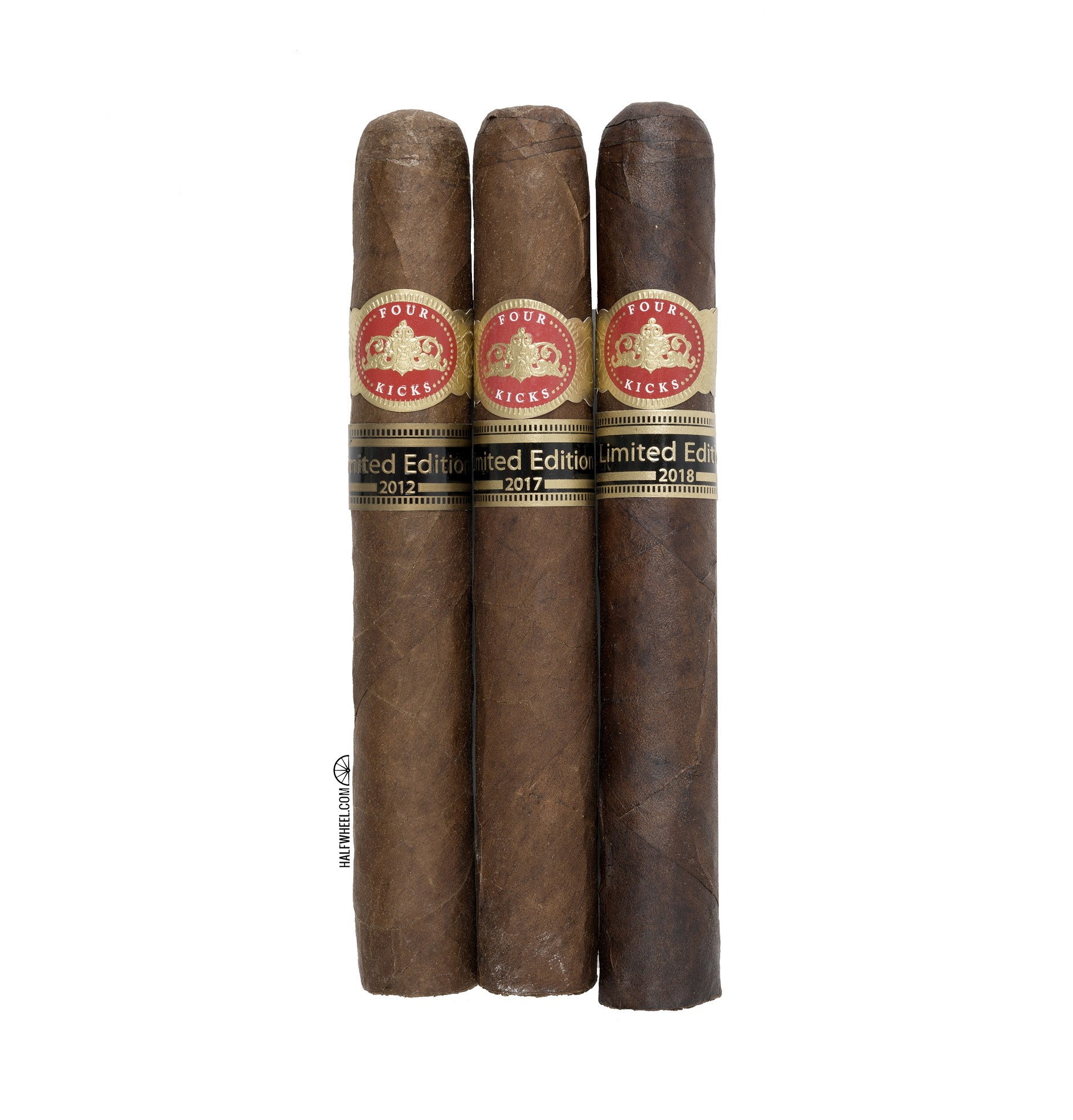 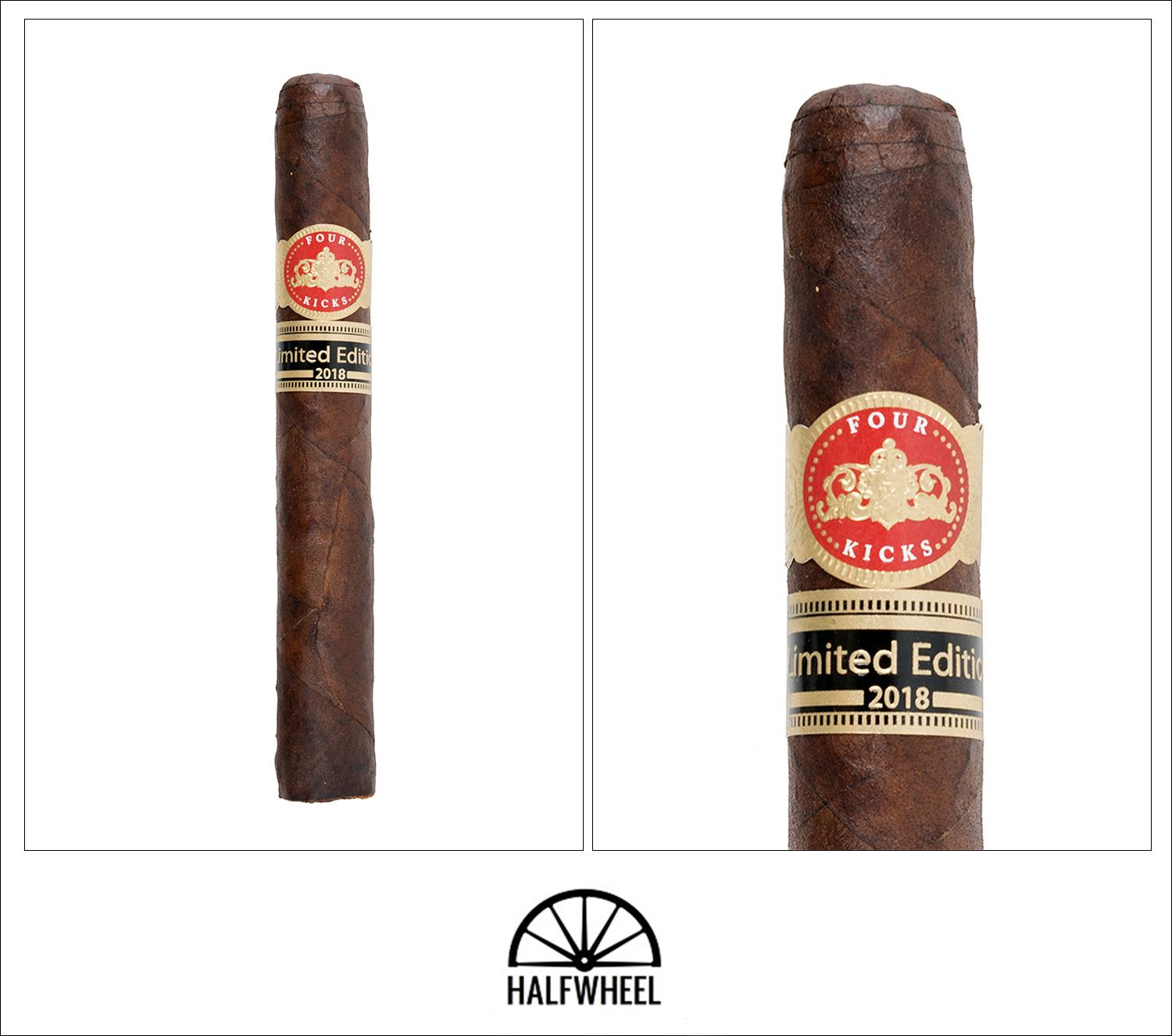 Covered in a dark reddish brown wrapper, the Four Kicks Mule Kick Limited Edition 2018 features so much oil it is almost slick to the touch, although there is some tooth as well. The cigar has a large and noticeable soft spot just under the secondary band as well as a slight box-press and is quite firm when squeezed. The aroma from the wrapper is a combination of strong rich raisin, oak, earth, cashews and milk chocolate, while the cold draw follows the aroma almost exactly: fragrant raisins, oak, black pepper, nuts, cocoa powder and a touch of spice on my tongue.

Starting out, the first third of the Mule Kick 2018 features a combination of earth and herbs dominant, followed by lesser flavors of oak, leather, bitter espresso beans, cocoa powder and a touch of lemongrass. There is a very distinct raisin sweetness pulled overarm the cold draw that is present on the retrohale, along with quite a bit of black pepper and some slight spice on my tongue. Construction-wise, the draw is excellent after a simple straight cut, but the burn needs some extra coaxing—and a few touch-ups—to make sure it is on the correct path. The smoke production is dense off of the foot while the overall strength easily hits a point close to a medium by the time the first third comes to an end. 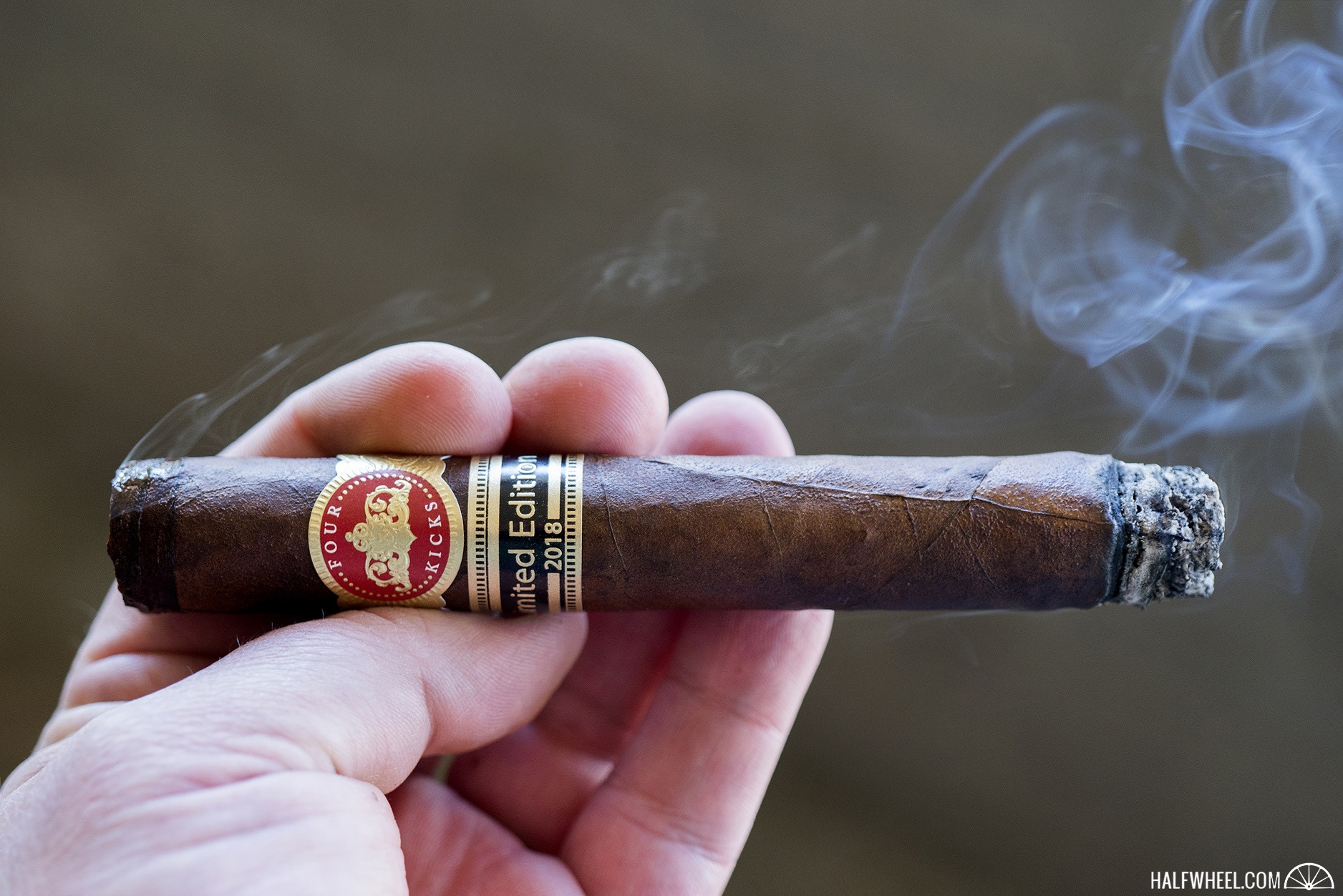 The profile becomes noticeably creamier during the second third of the Mule Kick Limited Edition 2018, which combines nicely with both the earthiness that is still the dominant flavor and the sweet raisin note that is present on the retrohale. Other notes of oak, dark chocolate, salted peanuts, hay and some slight citrus flit in and out along with a very faint mint note that is gone almost before I can register it. The draw continues to impress while the burn has evened up nicely, but the strength in the blend seems to have hit a wall, ending the second third still slightly beneath the medium mark. 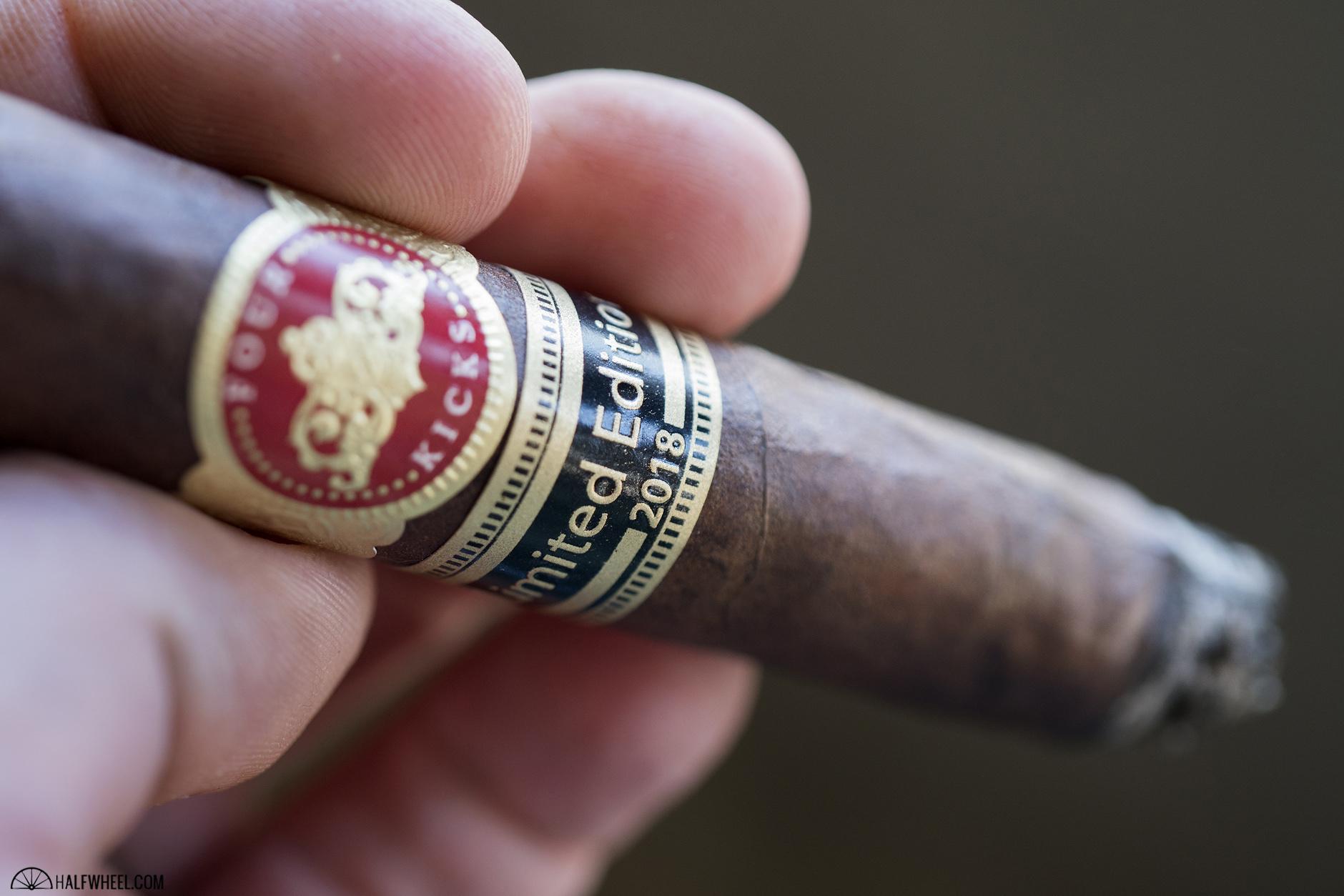 As the final third of the Four Kicks Mule Kick Limited Edition 2018 begins, the trend of creaminess from the second third is still in full force, although the profile does add a distinct roasted peanut flavor that not only takes the dominant spot from the earthiness that is still present, but also combines wonderfully with the other flavors of bread, grapes, dark chocolate, fresh ground coffee, leather and honey. The raisin sweetness in the profile is still quite strong on the retrohale and while the black pepper has all but disappeared, I am noticing an increase in the amount of spice on my tongue. Thankfully, both the burn and the draw continue to give me no issues and while the overall strength finally does reach the medium mark, it stalls out there until I put the nub down with less than an inch to go. 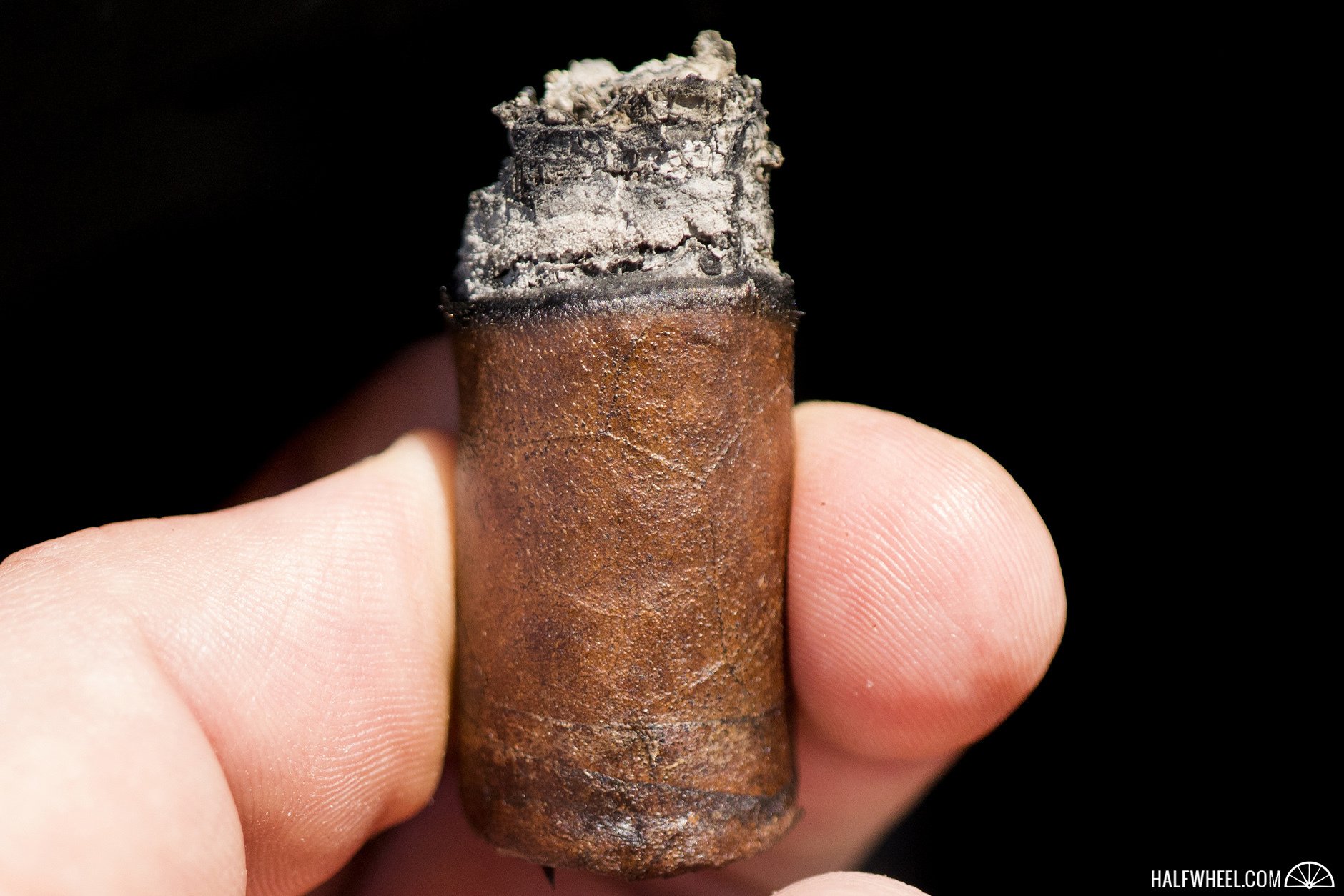 I have been a fan of the Four Kicks blend since it was introduced, but the Connecticut habano wrapper adds a whole different dimension to the profile. Instead of milk chocolate and cedar that was present for the previous versions of the Mule Kick, there is quite a bit of earth, creamy oak and raisin sweetness, as well as a very interesting herbal flavor that really set off the complexity when it was present, mostly in the first third. Despite the very obvious soft spots in each of the samples, the overall construction was fine and the solid medium strength was well-integrated. In the end, the Four Kicks Mule Kick Limited Edition 2018 is not only a cigar that was a pleasure to smoke, but also easily one I will be picking up again.