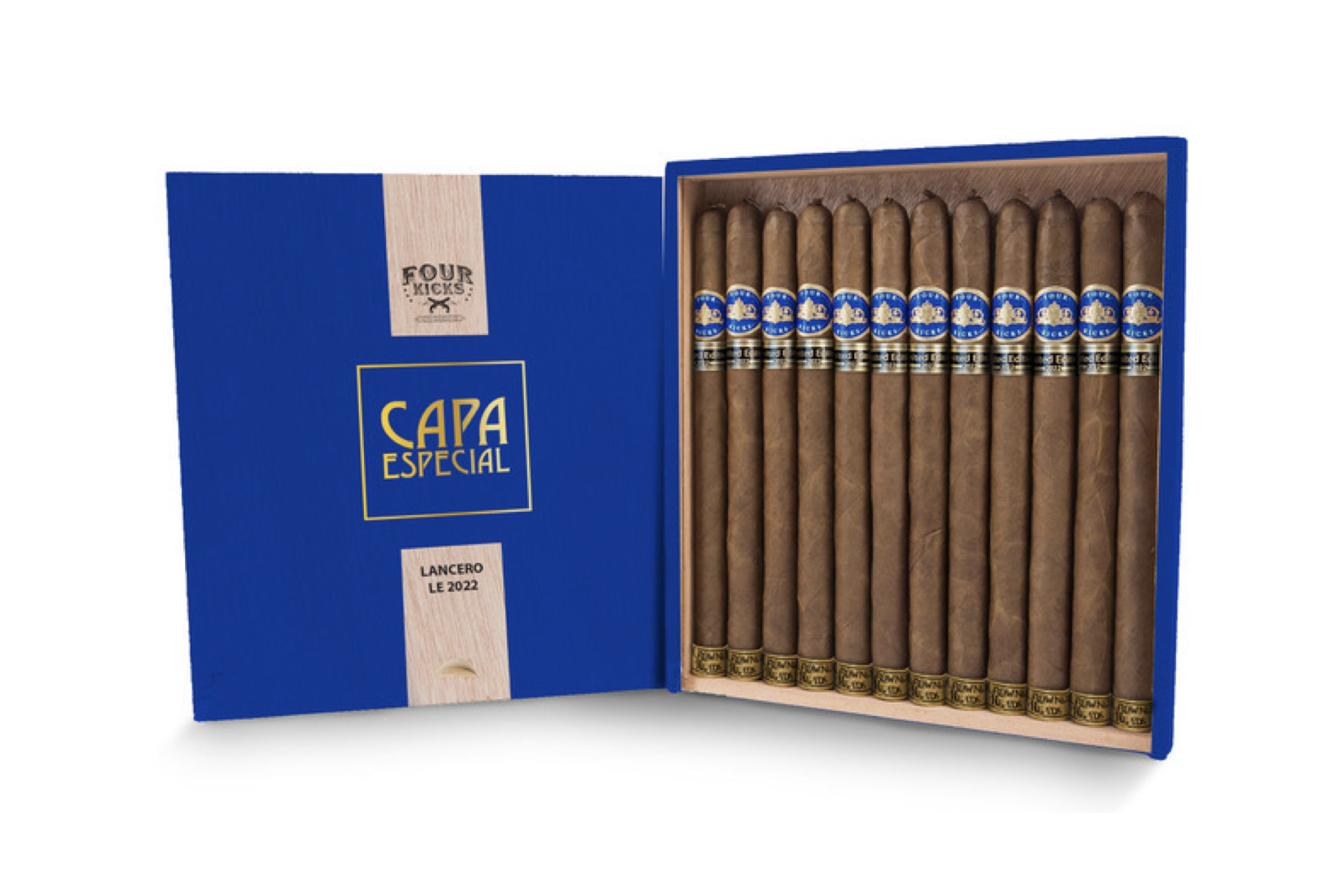 Crowned Heads announced the cigar last month. While it’s a limited edition release, the blend is the same as the regular Four Kicks Capa Especial that debuted in 2020. That means it uses an Ecuadorian Sumatra wrapper over a Nicaraguan binder and fillers from the Dominican Republic and Nicaragua.

The MSRP is set at $11.95 per cigar and it is limited to 2,500 boxes of 12 cigars. This is the sixth vitola for the line, which is offered in four regular production sizes and last year was sold in a limited edition perfecto vitola known as the Àguilas.

“We’re extremely excited to bring the Capa Especial Lancero to market,” said Jon Huber, co-founder of Crowned Heads, in a press release. “The lancero is such a stories vitola and it’s been absent from our portfolio for over four years; it’s an exquisite expression of the Four Kicks Capa Especial blend.”

The Capa Especial version of Four Kicks is actually an old blend that Crowned Heads worked on for the original Four Kicks, which was released in 2021. Huber and Mike Conder, the company’s other co-founder, worked with Ernesto Perez-Carrillo Jr. to develop the blend and narrowed it down to three finalists: two blends that used a habano wrapper and one that used a Sumatra wrapper. While Perez-Carrillo liked the Sumatra version, Huber and Conder liked a habano blend better, which is what was selected for the original Four Kicks. In 2020, Crowned Heads released the Sumatra version using the Capa Especial name.