It’s pretty rare to hear about a new line of cigars that was blended nearly a decade ago. Though, the theme of recent new releases from Crowned Heads seems to be cigars that were blended many years ago.

One new line is called Mil Días, a reference to the fact that the project took roughly 1,000 days to complete, and the other one is more like tres mil días.

In 2011, Mike Conder and Jon Huber of Crowned Heads and Ernesto Perez-Carrillo Jr. were blending the first line of Crowned Heads cigars. As is so often the case when there are multiple cooks in the kitchen, they didn’t agree about which one was the best.

Now the company is releasing the Sumatra blend under the name Four Kicks Capa Especial. It uses a Nicaraguan binder and Nicaraguan fillers underneath the wrapper. There was supposed to be a fourth size released this year, one that would be exclusive to retailers who placed orders at the 2020 PCA Convention & Trade Show, which was canceled due to the coronavirus COVID-19 pandemic. That vitola will not come out this year though could be offered next year. Its dimensions have not been announced. 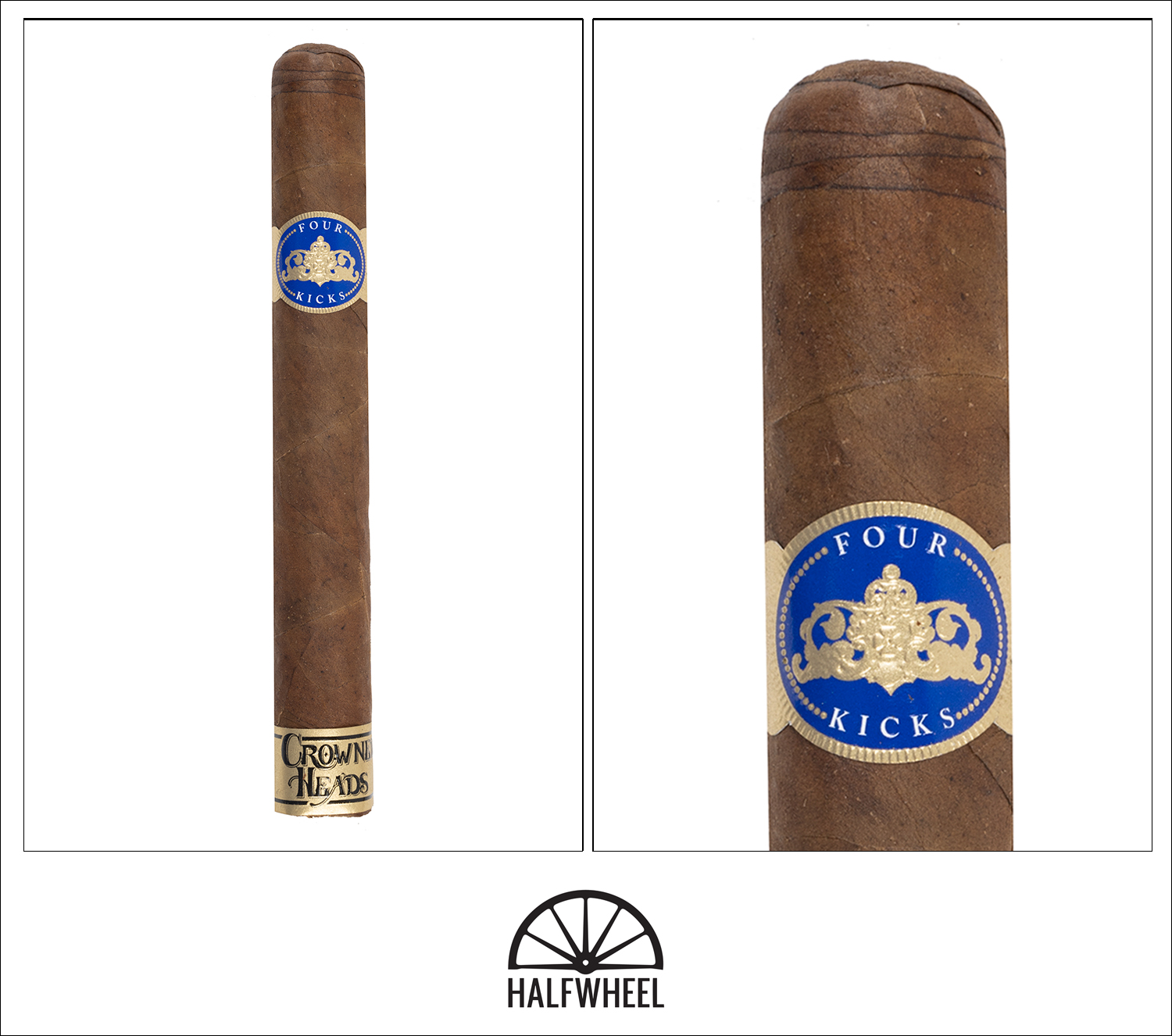 While the name would suggest that this is special wrapper, it’s certainly not prettier than the regular Four Kicks. It lacks some of the reds, and a couple of the cigars are covered with a lot of veins. One sample has some pretty noticeable discoloration between the top and bottom of the cigar. As far as the blue band, I like it better than the original. I also think that the Crowned Heads foot band works well on this cigar, though the two gold colors between the main and secondary bands aren’t the same. The aroma from the wrapper is medium-plus with barnyard, leather and an underlying sweetness. Aroma from the foot is much sweeter with lots of brown sugar, some raisins and a woody flavor. The cold draws have a bread flavor, a generic sweetness, some damp earth and a touch of blueberry. While there’s some black pepper on the first few cold draws, by the fourth or fifth cold draw it’s gone.

It begins with a mixture of sourdough and white bread followed by leather, earthiness and something that reminds me of a classic hefeweizen. Eventually, the profile develops into a vibrant mixture of cashews and oak on top of leather. Retrohaling only seems to make that even richer, which is fine by me, and adds some lemon accents. The finish has a bit of white pepper, bread and leathers. Flavor is medium-full, body is medium-full and strength is medium-plus. The draws are slightly tight, even for this vitola. If I wasn’t smoking this for review, I would probably v-cut this as I think it would help things a lot. That being said, the cigar seems to want to be smoked slightly quick. This is particularly apparent right at the transition between the first and second thirds, where smoke production drops unless I keep up the aggressive puff rate.

Beyond the smoke production decline, the transition between the first and second thirds of the Four Kicks Capa Especial is very apparent thanks to the addition of a root beer sensation. On a few puffs, it’s the dominant sensation, though for most it’s a secondary flavor. The rich cashew note reminds the leading flavor. Secondary notes include creaminess, leather and the aforementioned root beer. The finish has acorns, cashews, leather and white pepper. Like the main flavor, the root beer comes and goes in the retrohale, though it’s probably present unless than 25 percent of the puffs. Elsewhere, retrohales have caramel, woods and leather. Flavor and body remain medium-full, strength picks up a bit, but I don’t think it reaches medium-full. Construction remains fine and I’m able to smoke at a bit of a slower pace. While the first and second thirds seemed like a series of transitions building upon one another, the final third is rather different. The cashew flavor that had been dominant from the start is largely gone, replaced by a sharp earthiness on top of butter creaminess and pizza crust. On one sample, the pizza crust flavor is the star of the show for the Four Kicks Capa Especial Corona Gorda, though it’s more of a secondary flavor on the other cigars. The finish has walnuts, acorns, leather, creaminess and peppermint. Like before, retrohales don’t seem to provide much in the way of new flavors, rather just amplifying and adding new dimensions to existing ones. There’s pizza crust, peppermint and leather through the nose before a spicy finish that reminds me of Thai basil, though it’s really just that irritation. There’s no real Thai basil flavor outside of the spiciness. Flavor flirts with being full, while body remains medium-full and strength still sticks into the medium-plus range. This reminds me of one of the less pleasant realities of eating a fine dining restaurant's tasting menu. It's not negative commentary, rather, it's quite positive. But I had to make that sentence sound more negative, just so it wouldn't be taken out of context for marketing material. While I'm not a tasting menu expert, in my experience most of the time the taste of the food from course to course generally ranges from above-average to excellent. Making a dozen, or dozens of, courses all taste excellent while also looking beautiful and not being repetitive is a challenging task for even the best restaurants. Most courses are creative, use great ingredients and look beautiful, but the flavor oftentimes isn't world-class dish after world-class dish. Sometimes, it's just kind of above average. Other times, it truly is special. That's the story here, there are some puffs that were as good as just about any cigar I've had all year, and there were some that were slightly less than that, and others that were slightly less than that, and so on and so forth. At its worst, the Four Kicks Capa Especial Corona Gorda is above average. At its best, it's as good as anything in the humidor. In general, it's more the latter than the former, though not the widest of margins.