Five years ago Nicholas Melillo launched his own cigar company, Foundation Cigar Co., with a line called El Güegüense. Now, the company will celebrate its 5th anniversary with a special version of El Güegüense. The El Güegüense 5 Year Aniversario is a 4 3/4 x 60 perfecto that uses a Nicaraguan corojo 99 wrapper over a Mexican San Andrés binder and fillers from the Estelí and Jalapa regions of Nicaragua. Like the rest of the line, it is being made at Tabacos Valle de Jalapa S.A. (TABSA) in Estelí.

It will come in a special 20-count box that opens to reveal two wings with custom artwork from Thief Operandi. The box is similar to the Foundation Chest Collector release from 2017. 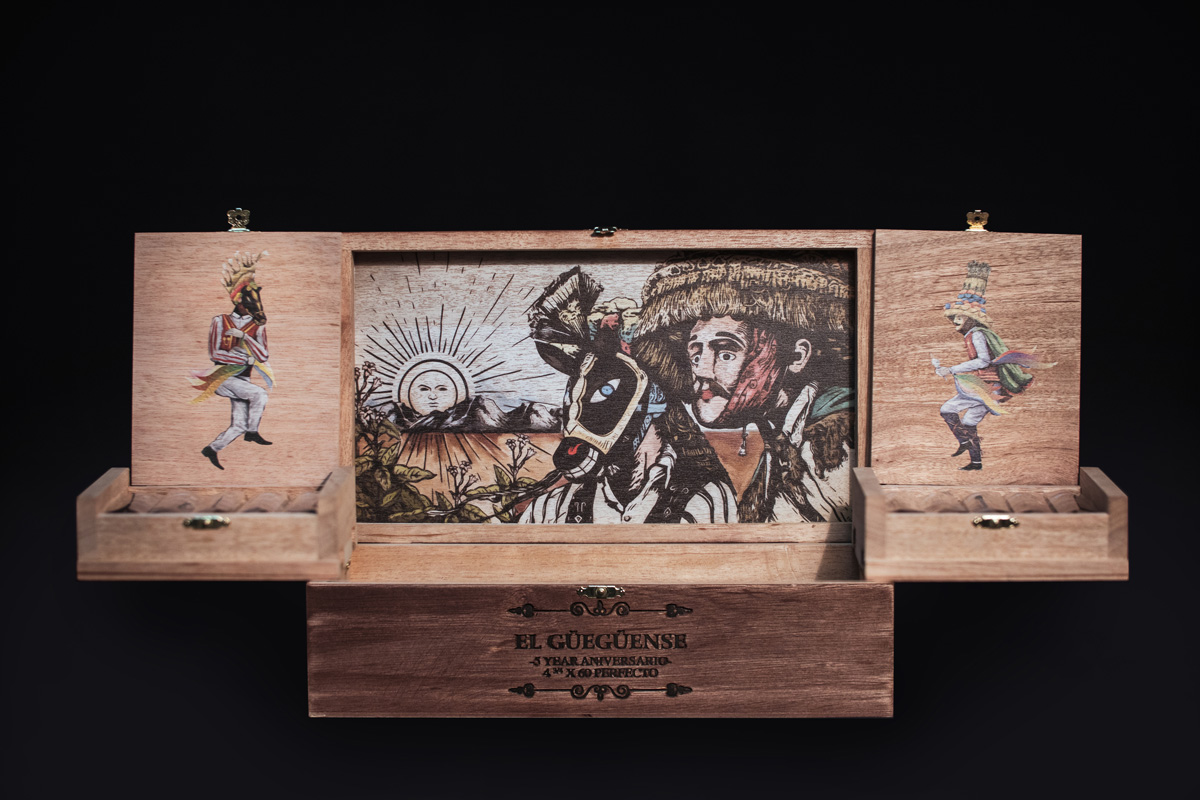 “This box is one of the most unique I have seen in all of my years in the industry,” ​said Melillo​, in a press release. “Foundation’s art director, Thief Operandi, did an amazing job on the artwork. It perfectly complements this rich, elegant, and complex blend. This is a true collector’s piece.”

Pricing is set at $300 per box, or $15 per cigar, and it will begin shipping in late September. Production is limited to 500 boxes. El Güegüense is the main character of a Nicaraguan folk dance that is performed annually during the country’s San Sebastián festival in Diriamba. El Güegüense—which translates into the wise man from the Aztec language, Nahuatl—is blamed by a Spanish governor for continuing to dance after orders were given to stop dancing. El Güegüense plays a series of tricks on the governor and the sheriff, and eventually marries the governor’s daughter.