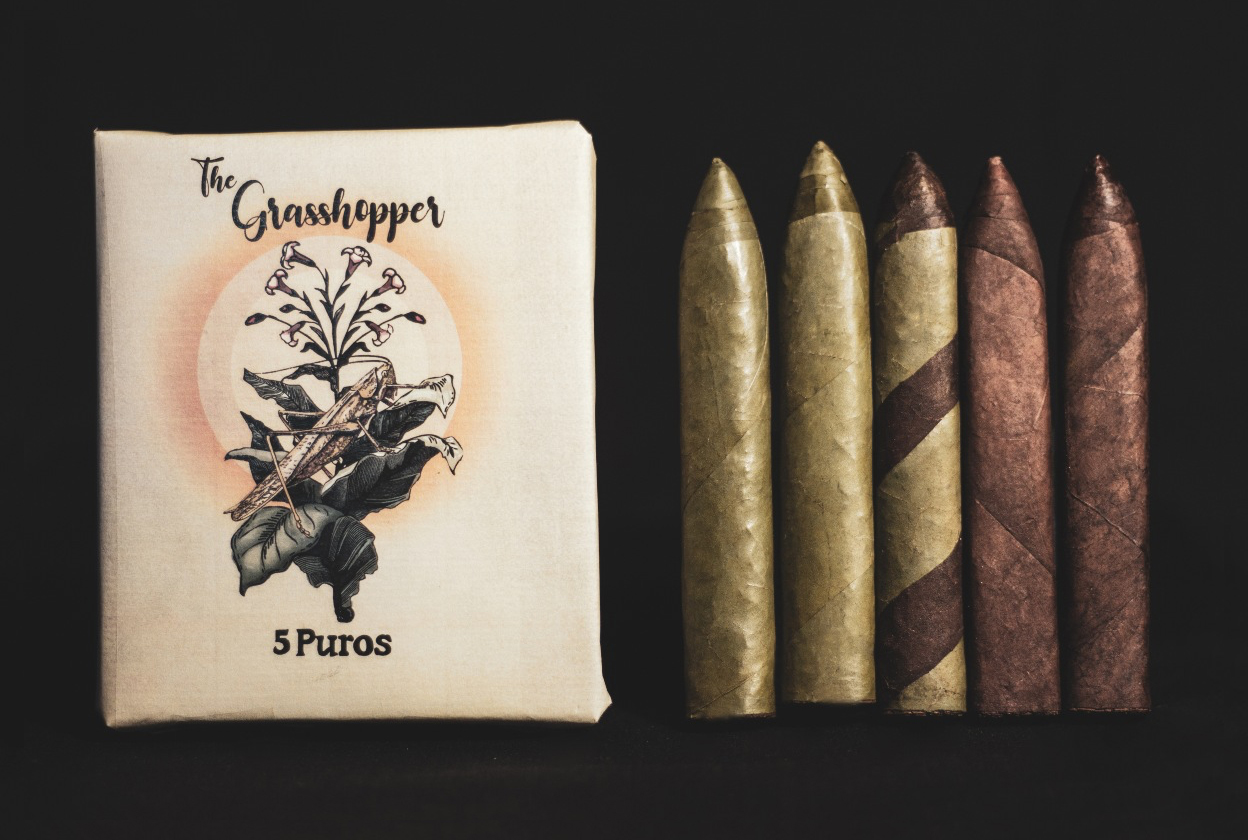 Today the company announced The Grasshopper, a five-pack of cigars that includes two cigars with a Mexican San Andrés wrapper, two cigars with a candela wrapper of undisclosed origin, and one cigar with a barber pole combination of the two. Underneath those wrappers sits a corojo binder grown in Nicaragua’s Jalapa region, with fillers from the Estelí, Condega and Jalapa regions of Nicaragua. Each of the cigars is a 5 1/4 x 52 belicoso and are being produced at Tabacos Valle de Jalapa S.A., known as the TABSA factory.

Via a press release, the company said that the project gets its name from its connection to tobacco and specifically, an antique book called A Textbook on Tobacco, written by Carl Werner in 1914. In the book, Werner discusses the etymology of the word cigar and its linguistic origins in Spain. In Spanish, the word ciggara means grasshopper, and the word evolved to ciggarals, gardens where the grasshoppers were the most prevalent and thus loud places due to their chirps.

As those gardens started to be used to grow tobacco, the word cigar evolved as the name for the end product. The company says that Werner’s interpretation “profoundly struck Nick as the most logical etymological explanation for the word cigar that he had come across.” As such, naming the company’s new event-only cigar was a proper way to pay homage to both the history and poetic evolution of the words we use every day.

The Grasshopper will debut this Saturday, Nov. 2nd during an event at Ligero Tobacco House in Buford, Ga., which is home to the only Foundation Cigar lounge in the country. It replaces Menelik as the company’s event-only offering, which became a limited production but ongoing release earlier this year.

According to the company, The Grasshopper pack will be available with purchase of other Foundation boxes, and only at Foundation events where Melillo is present.

Melillo told halfwheel that there are only 100 packs available at the moment, which will be used for events he attends throughout the rest of the year. He added that his travel plans will have him in Nicaragua for much of the first half of 2020, and he won’t be doing many events until the fall of 2020, further limiting the availability of The Grasshopper.