Last summer, Quesada Cigars and the Placencia family took the Fonseca brand in a totally new direction when Quesada announced a new line using all Nicaraguan tobacco for the first time.

The Fonseca Nicaragua is the new regular production cigars are being rolled at the Plasencia Cigars S.A. factory in Estelí, Nicaragua and is made up of tobacco from three of Nicaragua’s four different growing regions—Estelí, Jalapa and Ometepe. It is covered in a Nicaraguan criollo ’98 wrapper from the Jalapa region, while the binder and filler tobaccos hail from the Estelí and Ometepe regions of the county. There are three vitolas so far, all of which are packaged in 20-count boxes. Two of the sizes are round, while the Petit Corona is box-pressed.

Here is what I said in my original review seven months ago:

I was a bit shocked at how much I liked this cigar, considering its fairly inexpensive price point and how I feel about most other Fonseca cigars I have tried in the past. In fact, along with the price point, the Fonseca Nicaragua seems to have quite a bit going for it, including excellent construction, a decently complex profile and some nice balance overall. Yes, I would have preferred more sweetness in the profile—especially in the final third, where it really seemed to fall off a cliff—but that is a relatively minor squabble in the grand scheme of things. An amazing value for a high quality cigar in almost every aspect, and one that I think most people would really enjoy if they gave it a shot.

As with the first samples, the Fonseca Nicaragua Petite Corona features a combination of a dark mocha brown wrapper that is relatively smooth to the touch and an extreme box-press that is even more obvious due to the small viola. The cigar has quite a bit of give to it when squeezed and there is very little oil present that I can see. Aroma from the wrapper is a combination of anise, cocoa nibs, barnyard, manure and earth while the cold draw brings flavors of espresso beans, leather, aromatic cedar, nuts and a touch of pepper.

The Fonseca Nicaragua starts out with a dominant floral note that is quite strong on the palate, followed by other notes of of cedar, espresso beans, earth, pencil shavings and peanut shells. I am tasting some slight vanilla sweetness on the retrohale, as well as a large amount of black pepper that keeps its strength until well into the second half. While the vanilla sweetness from the first half becomes a touch more aggressive after the halfway point, the floral note is still easily the dominant flavor, followed by dark chocolate, fresh ground coffee, earth, leather, grass and creamy nuts. The floral note keeps its place on top until the end of the cigar, although it does become a bit more muted right before the end. 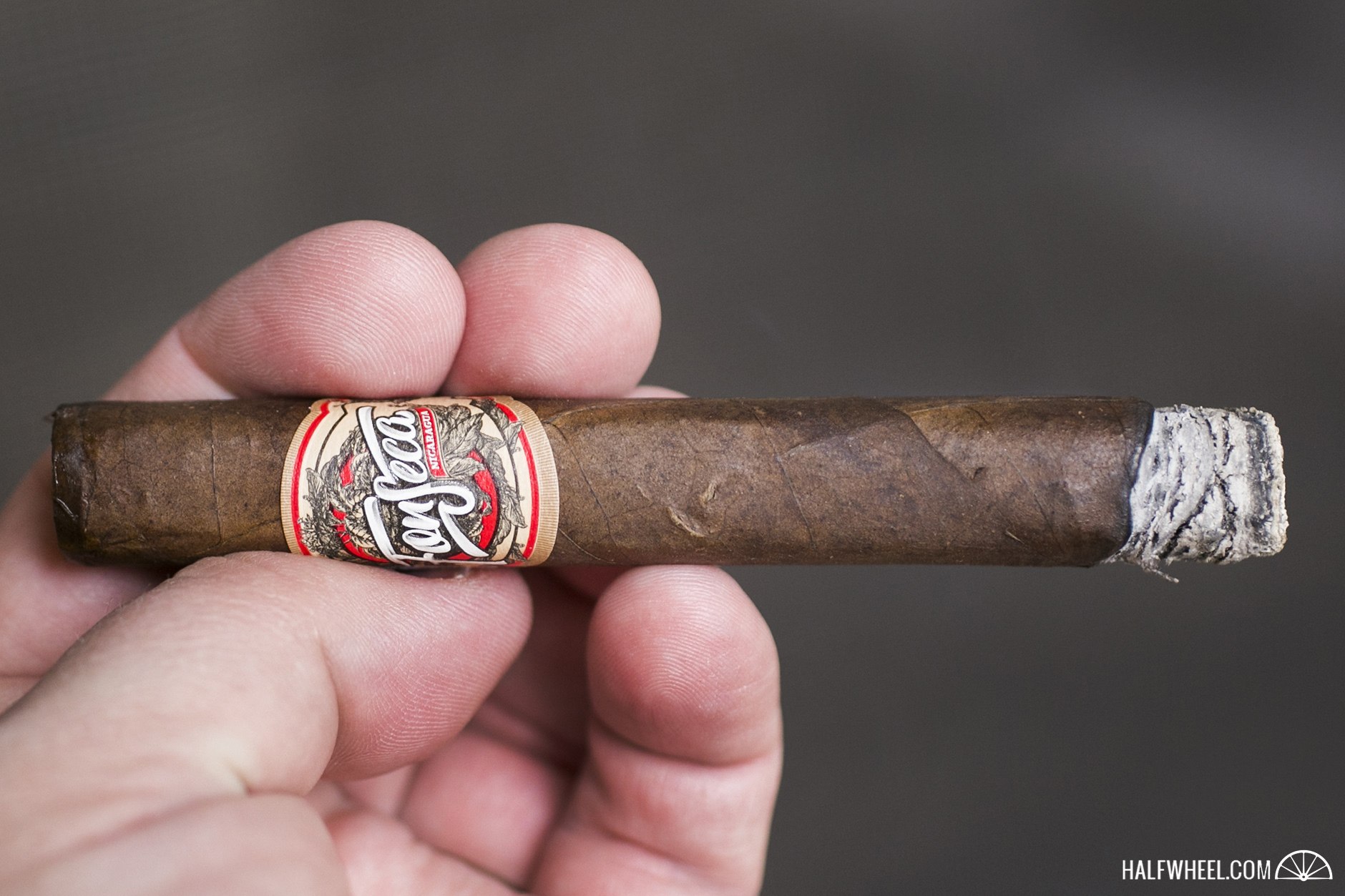 Construction-wise, the Fonseca Nicaragua Petite Corona features both a wonderful draw with just the right amount of resistance, as well as a burn that only needs to be touched up once in the second third. In addition, the smoke emanating from the foot is both copious and dense, and the overall strength starts out fairly mild before ending up very close to the medium mark by the time I put the nub down 52 minutes later with a bit less than an inch left.

While I was disappointed that there was not more sweetness—much like the first time I reviewed it—I was impressed with the fact that the profile has changed so much in a relatively short amount of time. Instead of a combination of powdery cocoa and earth, the dominant flavor was a distinct floral note that combined nicely with the black pepper on the retrohale that was still quite obvious, both of which made the profile more complex. Other than one touchup in the second third, the overall construction was excellent, and the strength was noticeable without taking away from the experience. All in all, an excellent cigar that is being sold at an excellent price, and one that I can easily recommend.