It’s not everyday that a cigar company or a cigar brand changes hands, so when it does happen, it tends to be fairly big news.

In December 2019, that happened, and as expected, there was a fair amount of interest in just what would become of a heritage brand that had been on the U.S. market for more than 40 years and suddenly poised to get a full reworking by one of the most well-known and successful companies in the industry.

That brand is the U.S. rights to Fonseca, and the company doing the rework was My Father Cigars. The deal stemmed from a relationship between Janny Garcia of My Father Cigars and Patricia Quesada of Quesada Cigars. The two had worked together previously, along with Patricia’s sister, Raquel, on a line called Tres Reynas, that was released in 2012.

My Father Cigars purchased the U.S. rights to the brand from Quesada in December 2019, ending 45 years of ownership by the Quesada family. Of course, the history of the Fonseca names dates back well before Quesada began producing them in 1974, as the brand was established in Cuba in 1892, with it being registered in 1907.

It is named for Francisco E. Fonseca, a Cuban-born cigar maker who later moved to New York, became an American citizen and began producing cigars there as well. He was known as an innovator in the cigar industry, coming up with the idea to wrap his cigars both in a tin foil tube as well as a style of Japanese paper, both of which were to protect the cigars from damage. 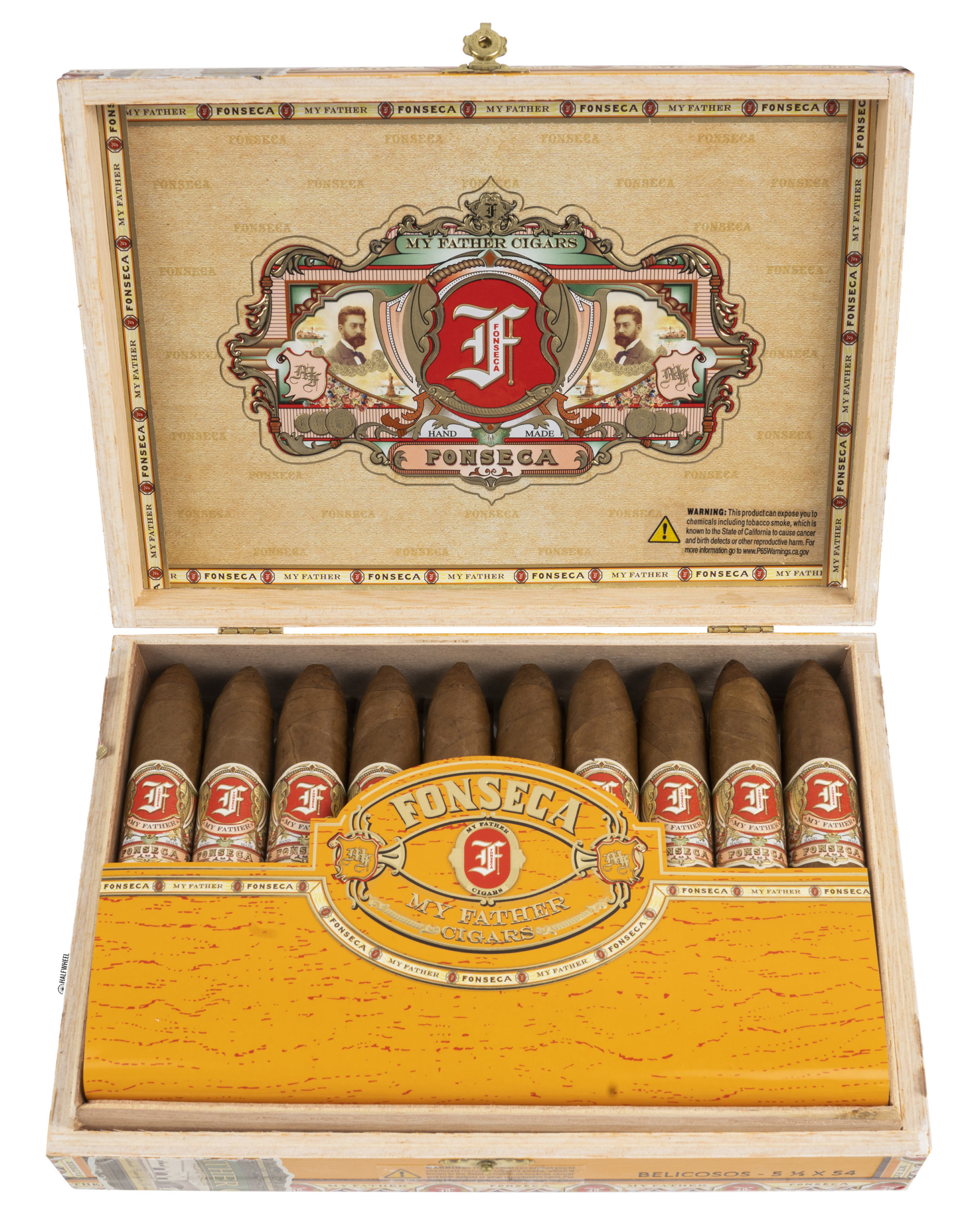 The new blend is made exclusively of Nicaraguan tobacco, with a shade grown corojo 99 rosado wrapper the only disclosed leaf in the blend. 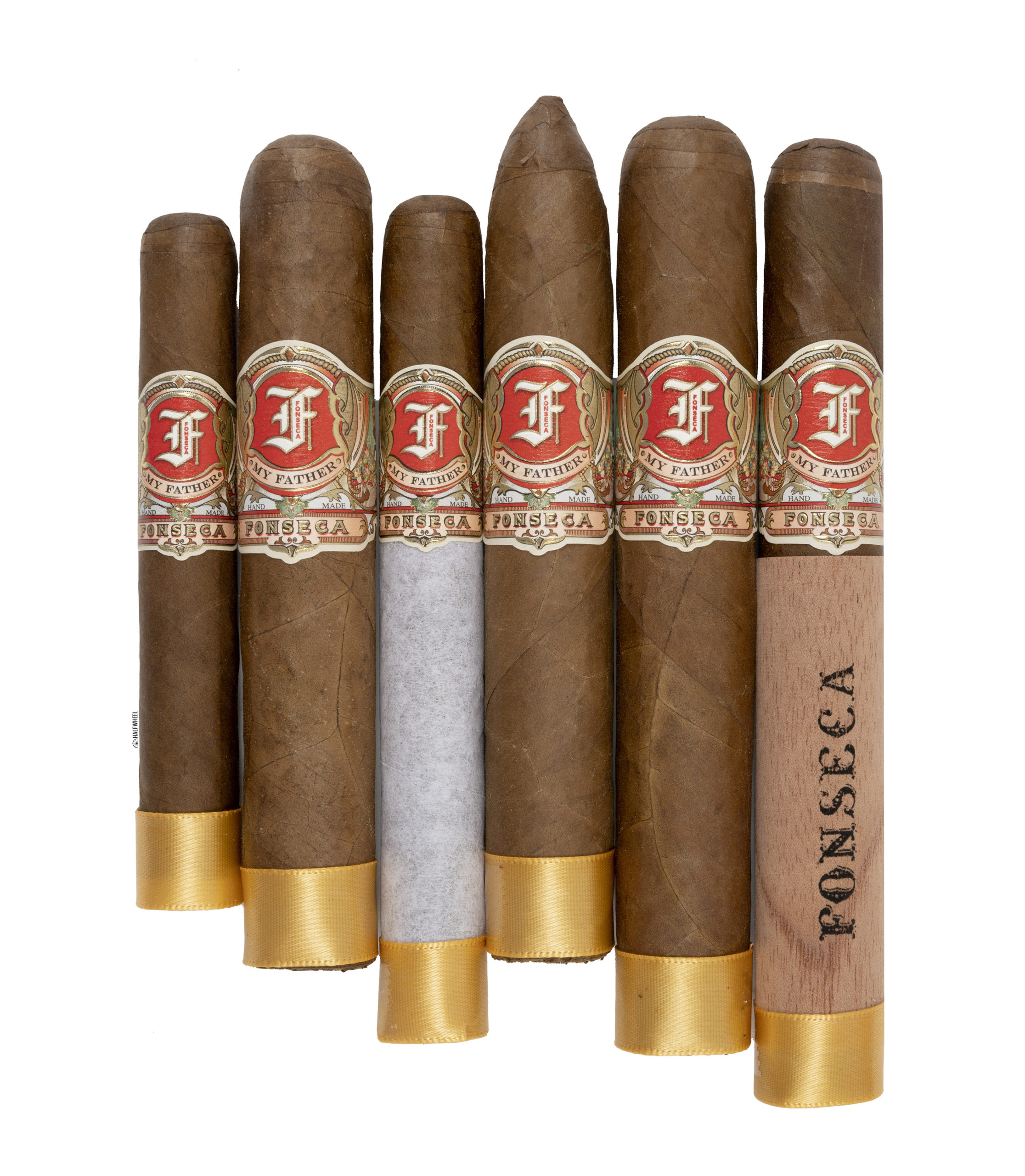 Just about eight months after the announcement, My Father began shipping the updated Fonseca to retailers, with the cigars arriving in late August 2020. 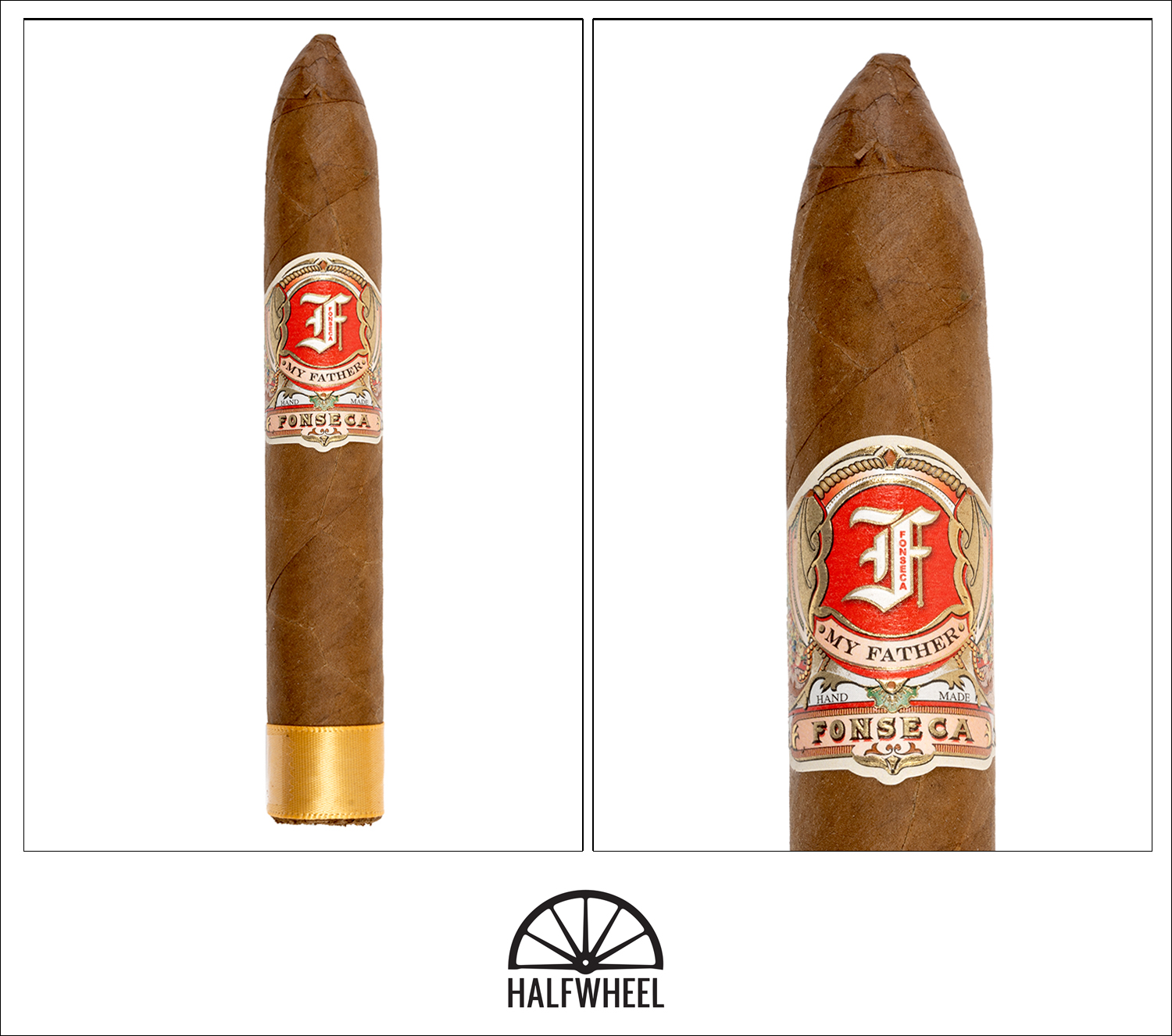 In terms of my first impression of the cigar, it’s how rather Cuban the wrapper looks. The first sample has the same kind of puckering vein structure that I associate with Cuban leaves, and the color isn’t that from what I’d expect to see on a Bolívar or some other brands. It is, however, noticeably darker than what I think of for a Cuban Fonseca. There’s just a bit of oiliness in the leaves, and while I wouldn’t say it’s glistening, the fingertips sense it easily, as they do a bit of very fine tooth. The cigar has some sponginess, though it still rolled firmly and consistently. The foot has a first aroma of pepper and grapes, both sweet but also very nostril-tingling. It’s a one-two punch of fruit syrup sweetness on the inhale, with a peppery tingle on the exhale, joined by a bit of woodiness tagging along. The cold draw is smooth and easy, with a bread flavor first and a bit of simple syrup sweetness on the finish, albeit a more neutral one here that lacks the fruit found in the aroma.

Whether your memories of Fonseca are the milder Cuban brand or the rather mild version Quesada produced, the first puffs of the My Father-made Fonseca should dash those memories within a puff or two. It’s not as peppery as the My Father core line or some of the company’s other well-known blends, but it’s not shy with it. There’s some toast in the aroma as well, and a bit of chalkiness enveloping the pepper, which creates a sensation that catches my attention; it seems to both mellow out the pepper while also impart its own spin on things, and I’m generally not one to like chalkiness but here it’s manageable. I could make the case for a bit of dry woods and dry soil, though both seem relatively minor characteristics in the early going, and certainly won’t be what your palate is most stimulated by. Retrohales are on par with pepper while adding a bit of creaminess, and between the two experiences of the smoke is where it shines. There is a very interesting duality in the flavor by the one-inch mark, with part of the profile trying to get lighter and creamier, while the other wants to stay peppery and somewhat robust. While not as exciting, the former is the more engaging and seemingly the nod to the Fonseca of old, while the other is much more stimulating while being a nod to the new Fonseca. Construction so far is great, flavor is medium-plus to medium-full, body is a solid medium-full, and strength is medium-plus. If nothing less, the profile is certainly attention-grabbing, as much as any cigar I’ve smoked recently.

That back-and-forth continues into the second third of the Fonseca Belicosos, though I should say that it’s not some wild swing of flavors. Rather, it’s a process that eventually results in a midpoint being reached by the profile that is slightly woody, slightly creamy, just the faintest bit earthy, and still rather peppery. There’s a flavor around the midpoint that reminds me a bit of some kind of dry pretzels, though I can’t place where I’ve had it before. That pretzel note turns out to be more of a transition flavor, taking the core into a more woody profile that absolutely saturates the tongue with flavor. Pepper is still in the profile, which now tastes just a bit smokier than before, with that aroma of campfire carrying over into retrohales and the ambient air as well. This section wraps up with a bit more creaminess, still plenty of pepper, and an increasing amount of earthiness that adds some robustness and occasional irritation on the finish. Flavor has backed down to medium-plus, body is still medium-full, and strength is closer to medium. Construction remains excellent, especially the thick clumps of ash that easily build up to an inch or so in length and holds on quite well. The final third of the Fonseca Belicosos holds onto that robustness, arguably the most earthy that the profile has been to this point, giving it what might be considered a profile that is familiar to My Father’s other lines. The pepper has gotten a bit blunter as well, concentrating into a much more potent black pepper profile that is almost like peppercorns on the palate. On retrohales, it’s punchier in the nose if not quite as clean and crisp as it was earlier. Even with that change, there are still points where the woodiness—now dry—and the pepper seem to bite into the sides of my tongue, eliciting an interesting physical sensation. While heat is only a minor factor in the final inches, the biggest change is that the flavor both lightens up a bit and gets much sharper, particularly the wood and pepper that is now interested in the entire tongue as opposed to just the sides. In particular, it shows some interest in the tip of the tongue, delivering a familiar yet still biting sensation. Additionally, there is nicotine strength being felt, a near sudden rush of it that hits when the burn line passes where the top of the band would be. Construction remains excellent, smoke production is plentiful, and the burn line is very even. Flavor finishes near full, body stays medium-full, and strength quickly ramps up to medium-full. While I had no idea just what would come of the My Father makeover of Fonseca, I was incredibly intrigued to find out, and the answer is quite good. It’s certainly not adherent to the lineage of mild cigars with which Fonseca is associated, nor is it a My Father core line clone. It is also not a cigar that feels at place under the banner of the amped up milder cigar that is often accompanied by the “not your father’s Connecticut” line. Rather, this cigar offers a lot of complexity to unpack, from its consistent pepper to its flirtation with some creaminess before its full embrace of a more full-flavored and palate stimulating profile. This is one of the handful of blends that seems to have found its own unique space in my smoking experience, and while I can certainly try and describe it, I’d rather just recommend trying it yourself, as unless you are an ardent defender of the mild Fonseca profile, I think you’ll be pleasantly impressed by what My Father has created.