In 2002, Arturo Fuente produced a one time release in the extremely popular Arturo Fuente 858 blend with a rosado wrapper. There were only 87 boxes of 50 sent out to 29 retailers nationwide who won an Arturo Fuente contest. The Rosado wrapper was not a Fuente Fuente OpusX creation, but was actually grown by the Oliva family in Ecuador and is the leaf that lays right below the huge Ashton VSG “cloud grown” corona leafs.

In 2009, Arturo Fuente rereleased an unknown number of the 858 Rosados, this time in 20 count boxes. Not much is known about this release, including the numbers produced or the exact makeup of the blend, but it was thought to be different than the original blend. Arturo Fuente is as tight-lipped as ever on details.

This is what the new release looked like. Notice the green detail at the bottom of the of the band, where the original release 858 Rosados had a black band: 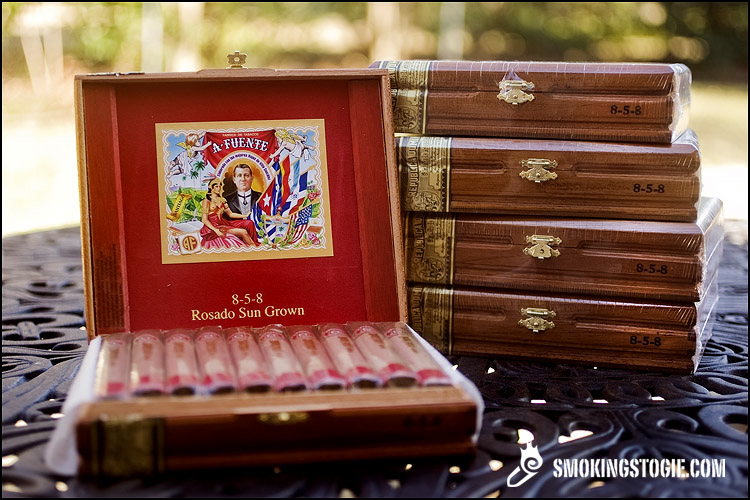 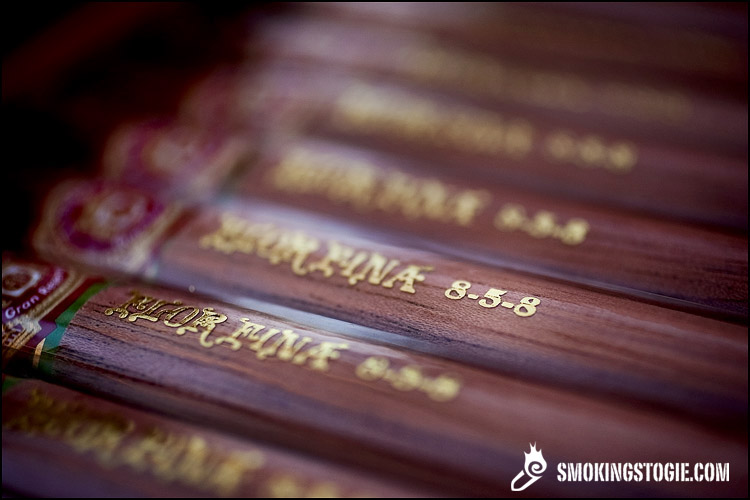 The cigar itself is wonderfully-constructed and has a nice smooth, almost velvety, chocolate brown wrapper with a few prominent veins present. It has a very pungent scent—odd how strong it is, considering the age—and smells quite a bit like a barnyard in the summer and cedar. It is fairly spongy when squeezed, and feels very light when held, almost too light for the size of the cigar.

The first third of the 8-5-8 Rosado starts off very mild, with notes of sweet cedar, hay and chocolate. There is a bit of spice present, but so little that it does not really make much of an impression. In the far, far background, there is an earthy note as well. 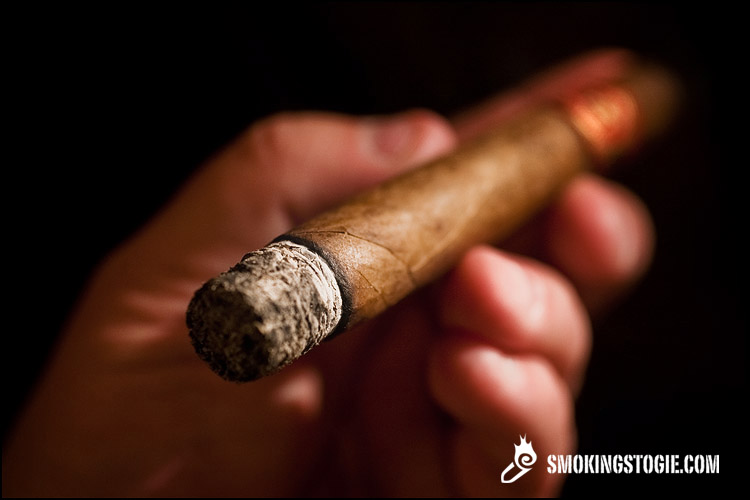 The second third changes very little from the first. Sweet cedar is still the dominant flavor with some hay, but the earthiness has ramped up some and is now a player in the overall combination, however, the spice from the first third has all but disappeared. 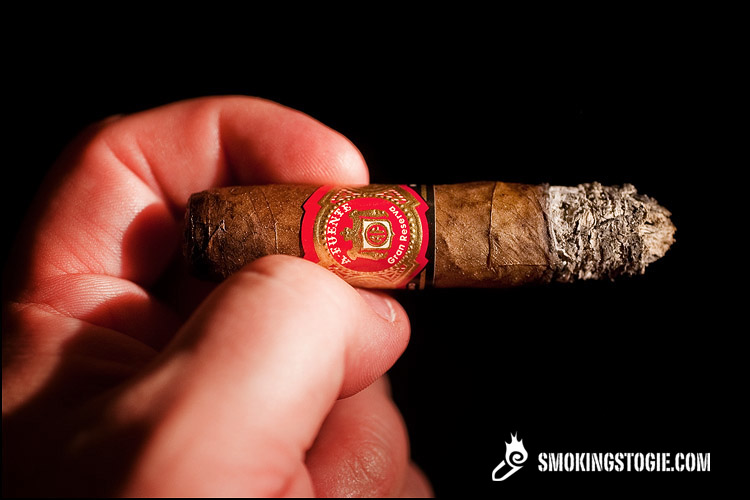 In the final third, the flavors of the Arturo Fuente 8-5-8 stay fairly constant and mild, still that very pleasant sweetness to the cigar, along with hay, earth and cedar. I did detect some leather notes as well, not overly strong, but definitely present. Sadly, the spice did not make a return, and the smoke ended pretty much as it started. 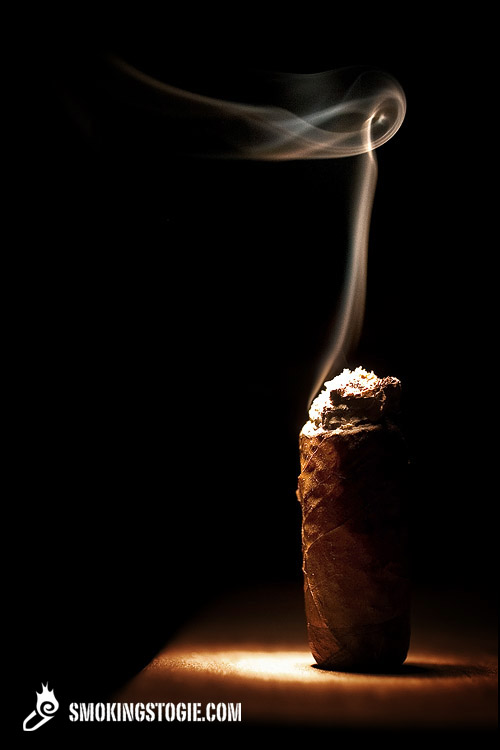 In terms of Non Cuban cigars, the original Arturo Fuente Flor Fina 858 Rosado is on the holy grail lists of many cigar smokers, mostly because if its rarity. I really wish I could give it an amazing score, and tell you these are worth the considerable time, effort and money that they command, but sadly, that is not to be. This is, at best, a nice, mildly pleasant, fairly one dimensional cigar that is extremely easy to smoke, but leaves you wanting more after it is over, like when you eat sugar free ice cream. They may have been a better smoke when first released, but at this point, they are more hype than substance.