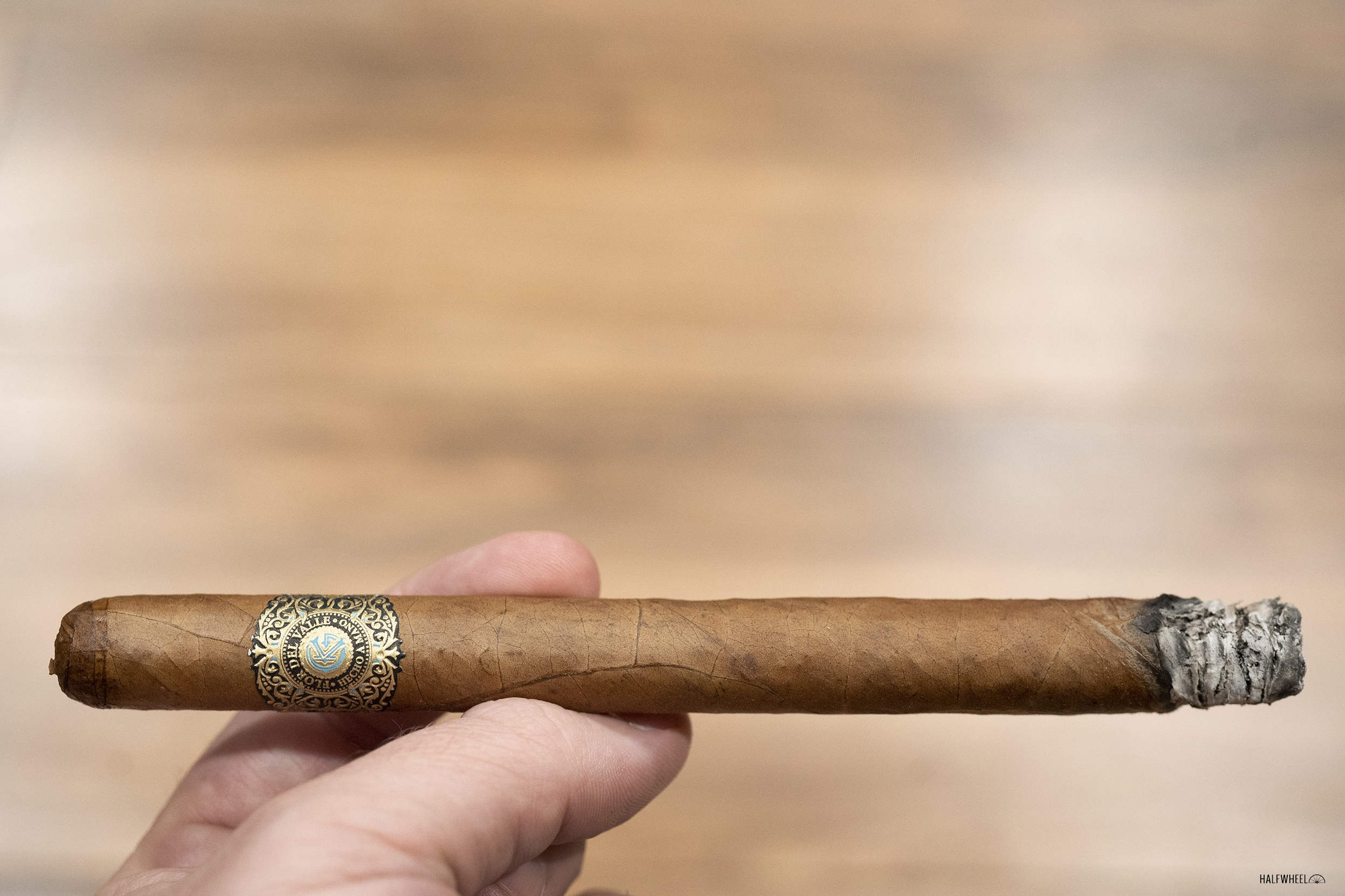 Open your phone, snap a picture, post it on Instagram, and boom, you have announced your newest cigar.

At least, that was the case for the Flor del Vale Sky Flower Lancero from Warped Cigars. In December 2020, Kyle Gellis did just that, showing off a open box of the cigar and only announcing its length, 7 inches, and ring gauge, 40. Beyond that, he wasn’t disclosing any information. 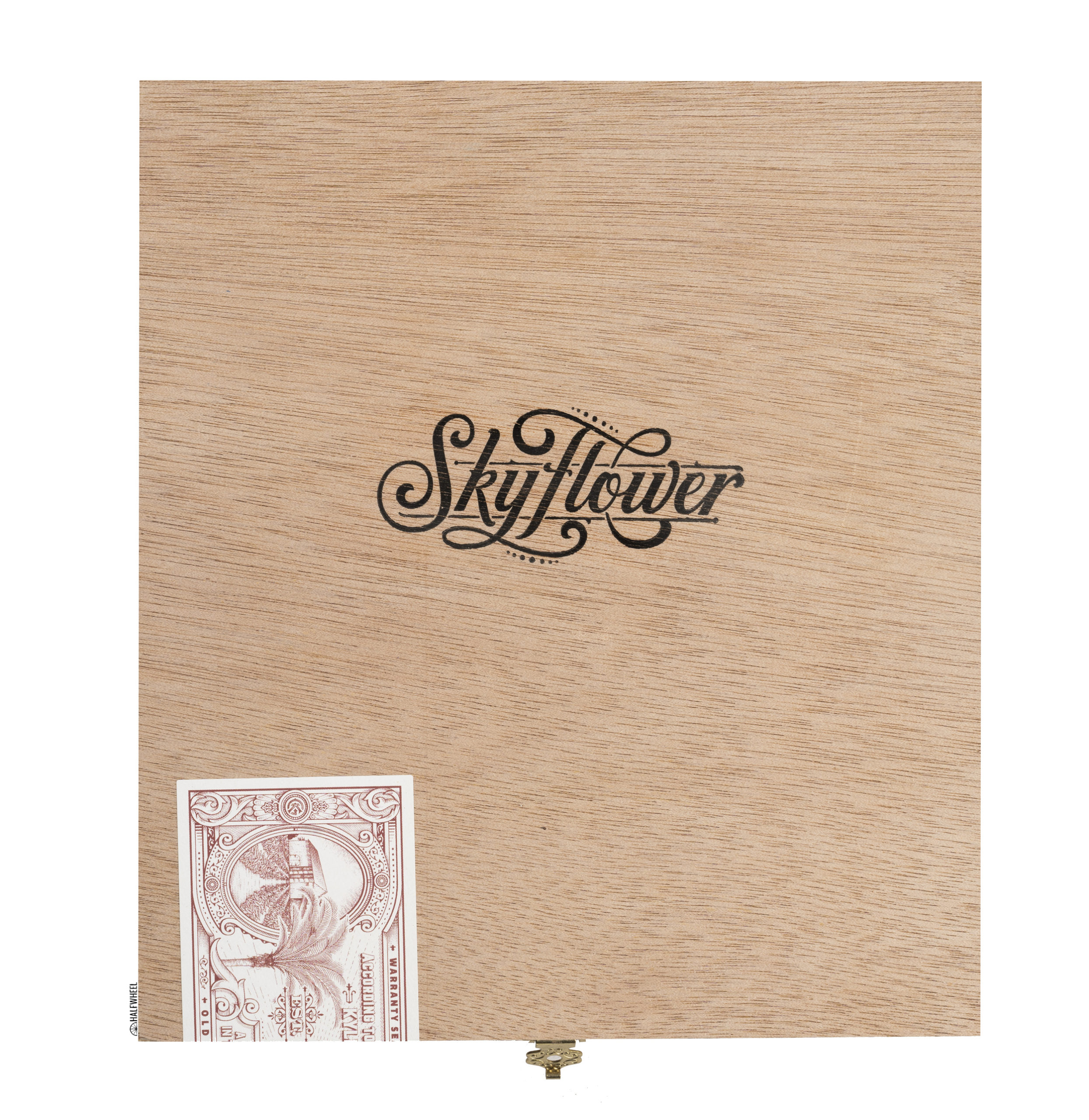 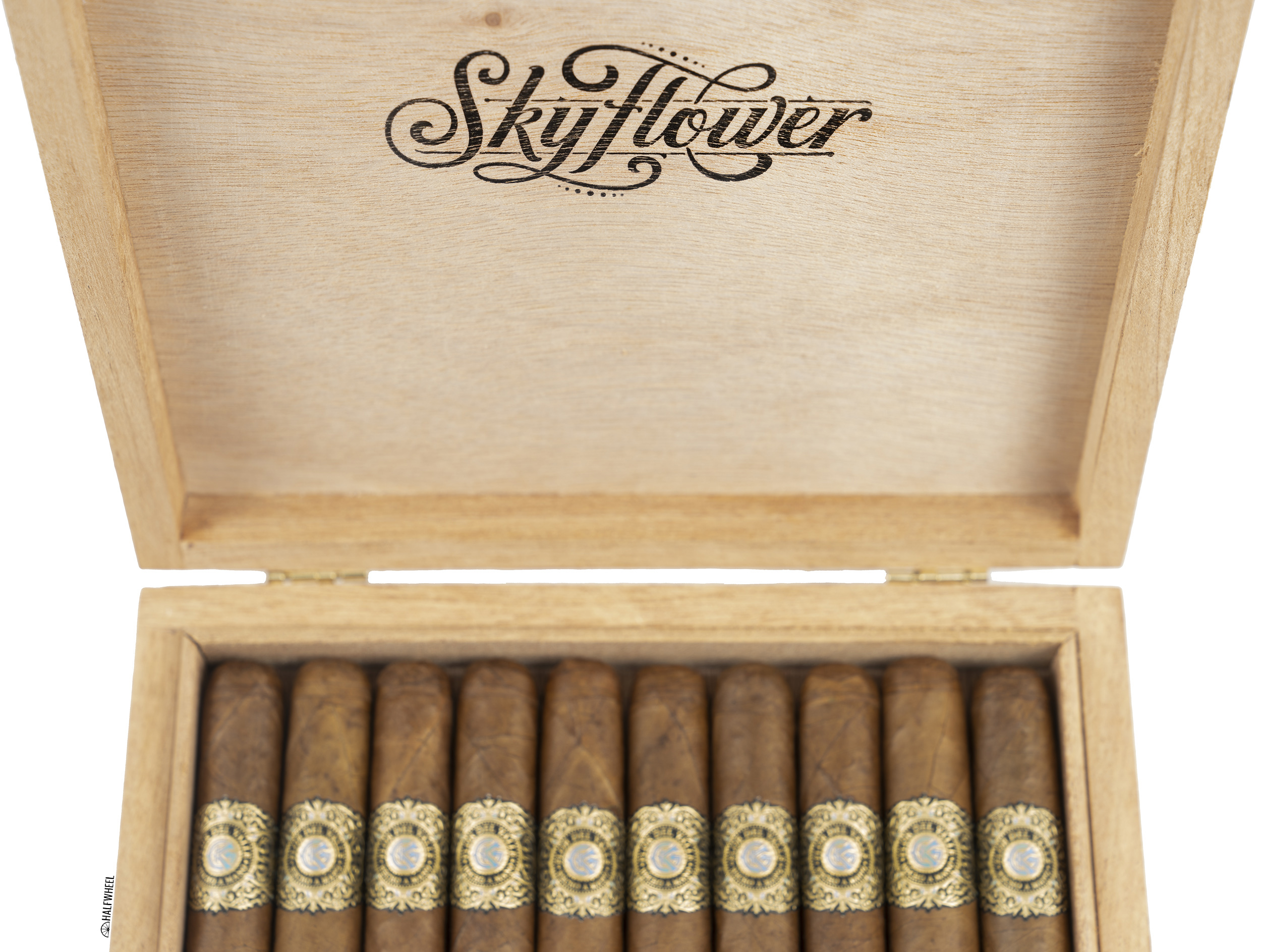 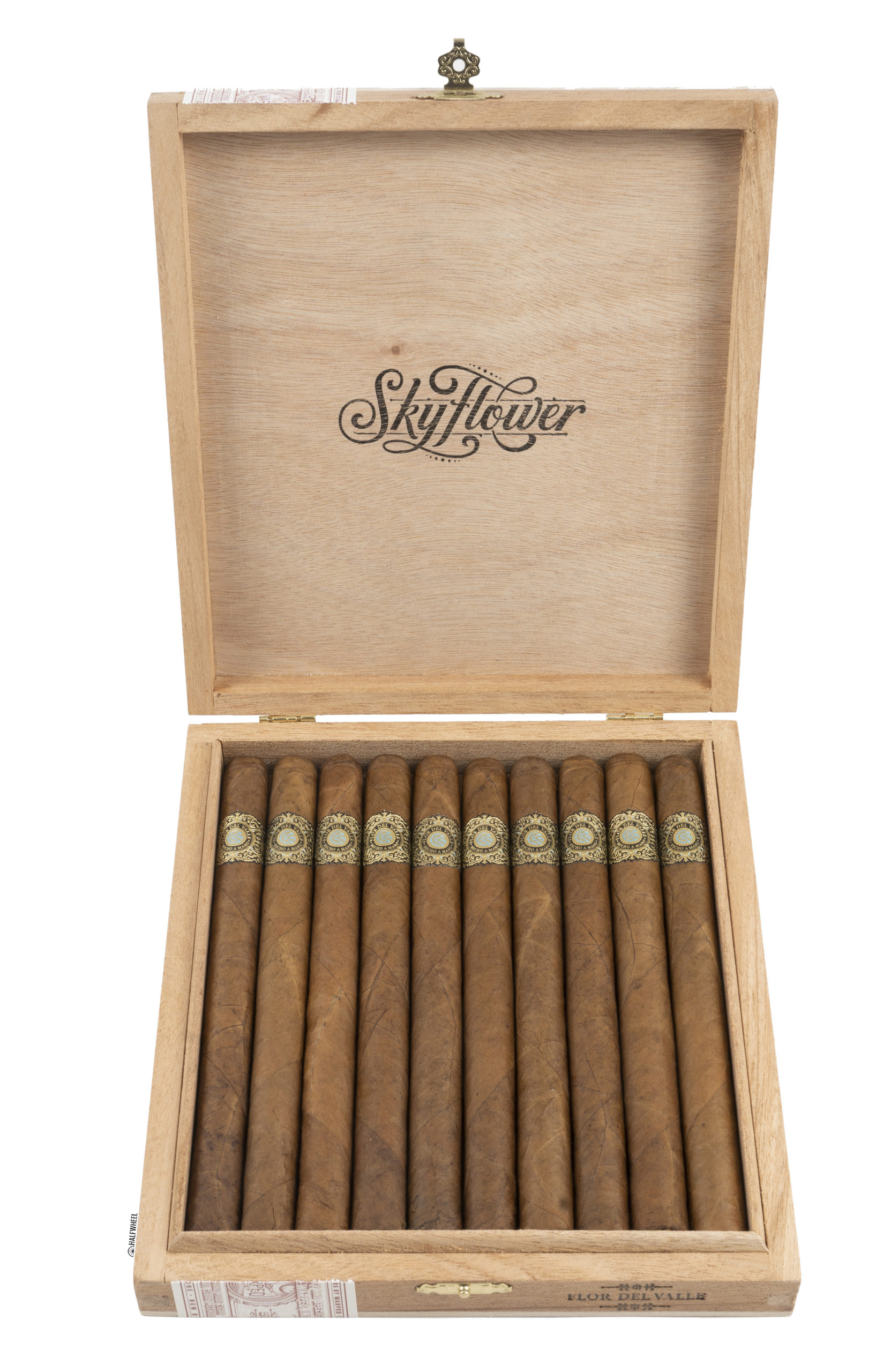 As for the blend, it is a Nicaraguan puro, with a corojo 99 wrapper, a binder of undisclosed varietal, and corojo 99 and criollo 98 fillers. It is an offshoot of the company’s Flor del Valle line, adding medio tiempo leaf, a higher priming of tobacco not found on every plant and known for adding some distinctive strength and flavor. The line is made at AGANORSA Leaf’s Tabacos Valle de Jalapa S.A. (TABSA) factory in Estelí, Nicaragua. 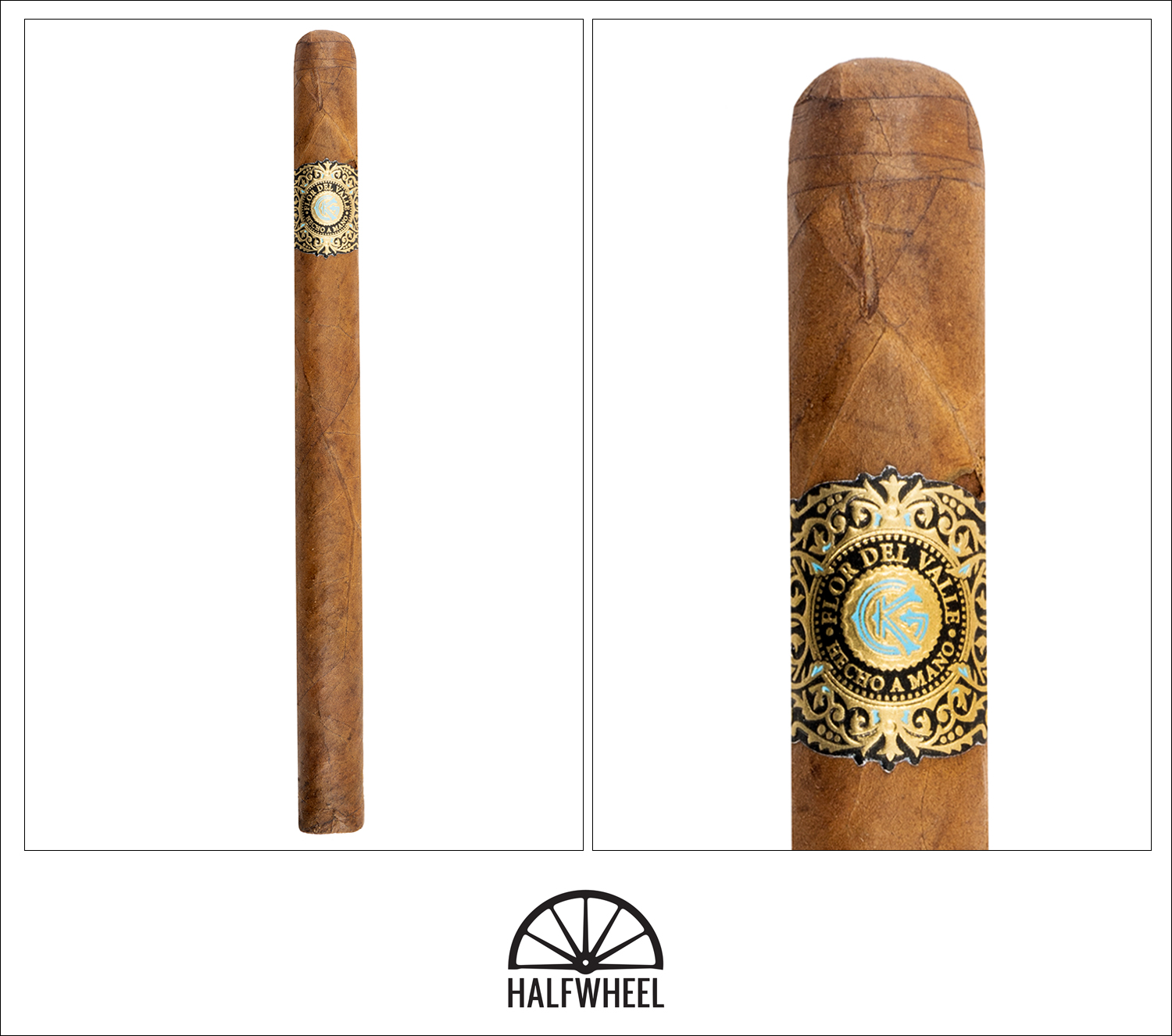 From arm’s length away, the Sky Flower Lancero looks to have a pretty even color, though closer inspection reveals a bit more variation and that the veins, while small, are notably darker. There’s also an impressive network of them, the smaller ones appearing when more closely examined. There’s just a bit of sponginess to the cigar, enough to be noticeable and mildly concerning as the cigar is not what I would call firmly rolled, at least by current standards. That said, it is pretty flawless visually, as the seams are flat and the caps are generally very clean. The foot offers has a cool bread note to it, slightly sweet with a very light glaze of honey. There is also some mixed pepper on the back half of each sniff, prominent enough to elicit a sneeze on the first sample. Airflow on the cold draw is very good, once again cool like the aroma but creamier in flavor with a sprinkle of white pepper and not offering as much of nor as distinct of the bread flavor.

The Warped Sky Flower Lancero starts off with a first puff that ties in the creaminess, cool bread and pepper, though there’s something funky on the finish of first puff of two samples that I can’t quite place. A first retrohale is bright and crisp with white pepper and just a very slight bit of chalkiness on the finish. Retrohales give a bright sting to the nostrils, and while the white pepper may be the most familiar, it’s the flint and slight mineral note that do most of the work, and which seem to be providing a bit of sharpness in one sample. There’s a bit of a boiled peanut flavor after the first clump of ash falls off, and in true lancero form, seems to do so without provocation. Also like a lancero, the first third of the first sample is used to determine the puffing pace that the cigar requests, and as such I have to relight it as I have fallen behind its rhythm. There’s some fairly vibrant white pepper coming out and it’s something that hits almost all around my mouth. It’s a fairly full flavor, though feels like it could use something to help ground it and provide a bit of depth and complexity. Flavor is medium-plus to medium-full for most of the first third, while body and strength are closer to medium. Combustion issues in the first sample aside, the cigar burns well with good smoke production and an even burn line.

The second third of the Flor del Valle Sky Flower Lancero sees the retrohales get much more peppery, shifting into a more potent black pepper that grabs my attention as it lights up my nostrils. A bit of toast emerges ahead of the beginnings of some creaminess, a duality that gives the cigar both a bit of dryness on the first half of a puff and then swings things back not long after. Some nuttiness picks up the reins around the midway point, a change that nudges the toast off stage and seems to tone down the pepper. What does stick around is some of the mineral or maybe even flint flavor that gives the cigar a bit of edge. That flavor hangs on for the rest of the second third, picking up just a bit of black pepper as the final third approaches. Flavor is medium-full, body is medium and strength feels like it should be above medium but hits closer to that mark. 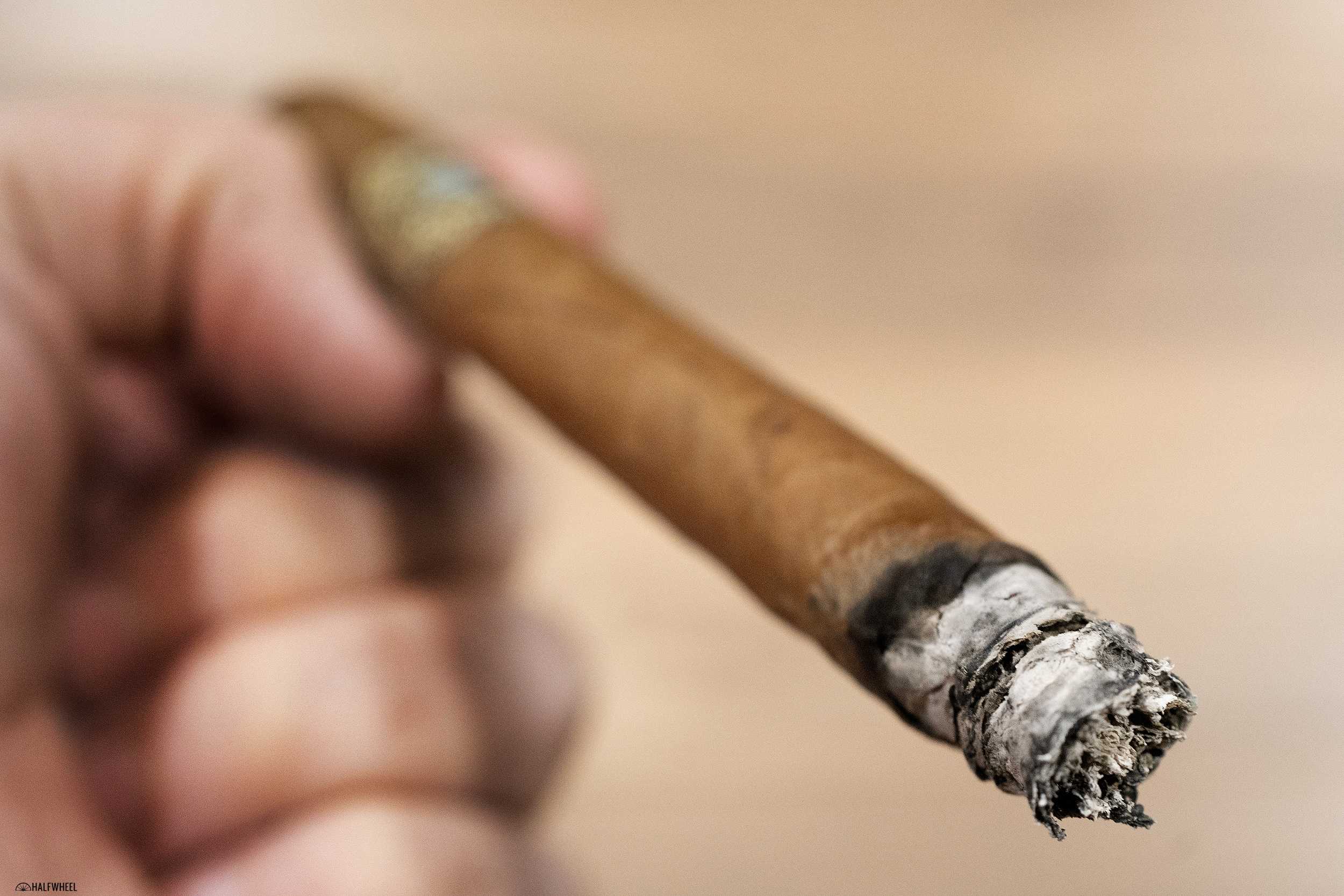 The final third picks up a bit more of an aromatic note, which makes this a much more complex profile than it was earlier. In some ways it reminds me of fruit in a dehydrator, as it’s slightly warm and sweet. There’s touches of cedar as well and my sense of smell is suddenly finding itself enamored with the offering. There is still a good amount of white pepper both through the nose and on the palate, something that has been one of the constants since the first puffs. While not shifting much in flavor, the profile does get a bit more robust and rough in the final inches, ever-so-slightly grating the palate. The cigar stays very palatable until the point where I slightly burn my fingers, finishing medium-plus in flavor and body, while strength is closer to medium. 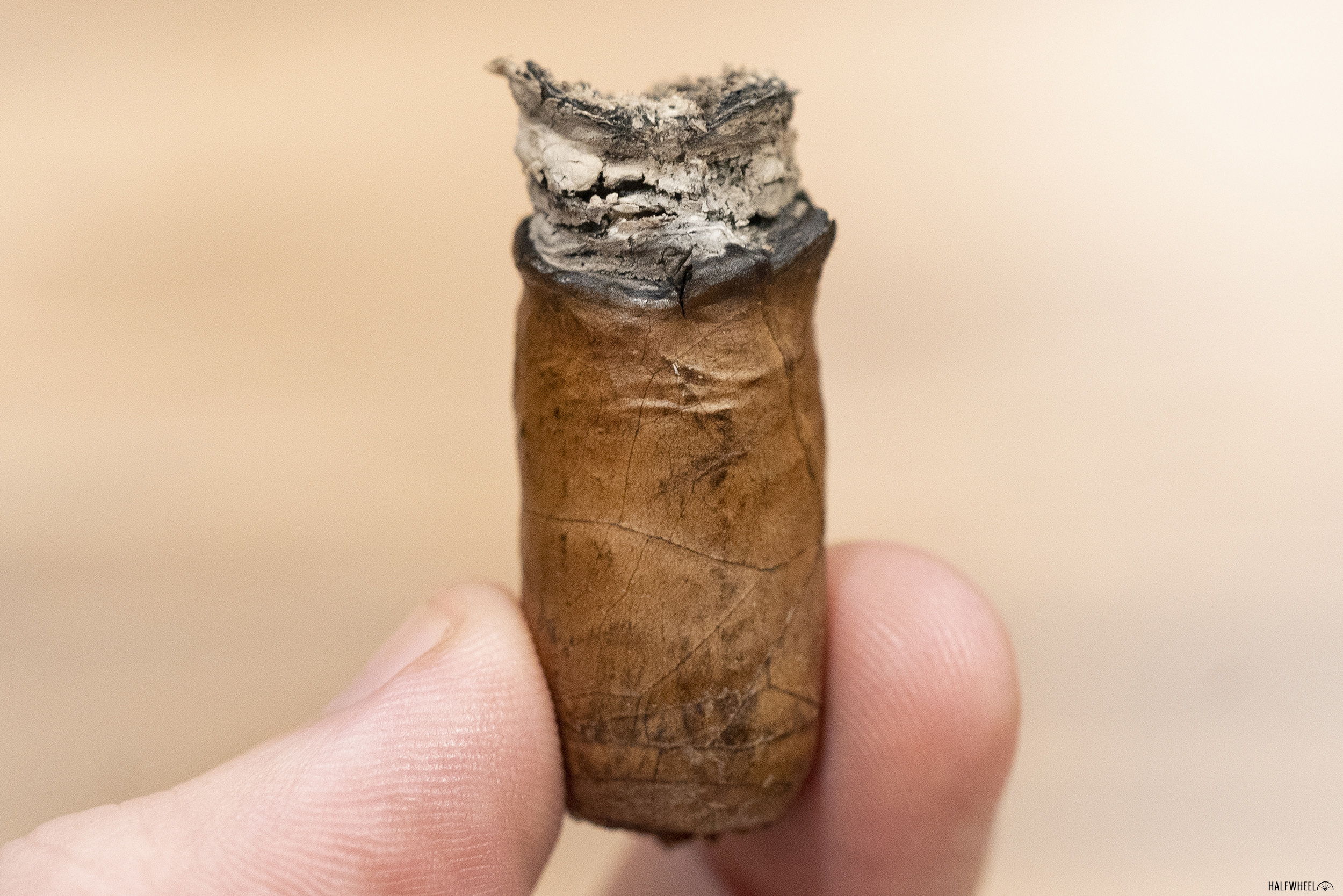 Let's start with the basic summary: the Flor del Valle Sky Flower Lancero is a very good and very enjoyable cigar. It has some spots that are a bit funky, but by and large they are few and far between, which allows the cigar to spend most of its time showing off a mix of breads, nuttiness, some minerals and a tempered amount of pepper. I didn't find it to be a cigar that offered tons of transitions, which is by no means a knock, rather just an observation. I am a bit concerned by the dampness and sponginess of that first sample, something that seemed to be resolved with a bit of dry boxing. But if you have been a fan of the Sky Flower blend thus far, the Lancero vitola shouldn't disappoint.