In 2015, Maya Selva Cigarres celebrated its 20th anniversary with a limited edition lancero, bearing the brand and blend of its flagship line, Flor de Selva, and the appropriate name of No. 20.

The 7 x 38 vitola was not only the first time it had been used in the company’s entire portfolio, but was limited to just 2,000 boxes of 10 cigars, 500 for the United States and the remaining 1,500 for the rest of the world, though primarily focused on Europe where the company has its primary stronghold.

That last sentence is important for those reading this who are wondering how this company is celebrating its 20th anniversary yet you might not have heard of them. The company launched in 1996 but didn’t make its stateside debut until 2013.

I can’t recall having a cigar that scored as consistently for me as the Flor de Selva No. 20; all three of my scoresheets were almost identical, but not for the same reasons. The flavor progression is nearly identical, starting on the mild side and quickly progressing into medium bodied before making its way nearly full-bodied territory by the final third. There is some variance in the intensity of flavors, with a few sour notes creeping in to bring it down, and while the Flor de Selva No. 20 is highly likable, it’s hard for me to pin down a moment where I loved what it was offering. It’s an enjoyable blend in a great size with outstanding construction, and certainly a fitting stick to light up in celebration of Maya Selva’s 20th anniversary.

Physically, the Flor de Selva No. 20 seems to be a bit longer and more slender than what the measurements might suggest, but they are spot on and the cigar benefits from the look. The wrapper is a between butterscotch and toffee in hue, with a few spots where it is mottled and darker but nothing that is overly distracting. The roll is a bit soft and has a bit of give, with air on the cold draw moving rather freely and flavors of a peanut butter sandwich as well as unprocessed mixed nuts and just a touch of pepper. The aromas off the foot repeat the peanut butter but in a more solid form, something you might find between convenience store crackers, while shelled peanuts are in the mix yet nothing noticeable in the way of pepper.

The first puffs of the No. 20 are more biting than peppery, yet both descriptors are merited out of the gate. There’s a neutral profile underneath, with flavors of wood, peanut, cashew, white toast and peanut butter that thoroughly engage the palate yet never weigh it down. Retrohales are peppery but have an ever-so-slight delay to them, while the table pepper is present without waiting, the real hit comes after the smoke passes out of the nose. Much like I remember about my first encounter with this cigar, the ash is a dark gray that turns black and breaks off in very small chunks, and little from the first half ends up in the ashtray. By the end of the first half, the cigar sits decidedly at medium-plus, in terms of flavor, driven largely by the leading pepper that is still tingly on the tongue, but backed firmly by notes of dry wood and cracker, a combination that doesn’t weigh on the palate but certainly keeps it engaged. 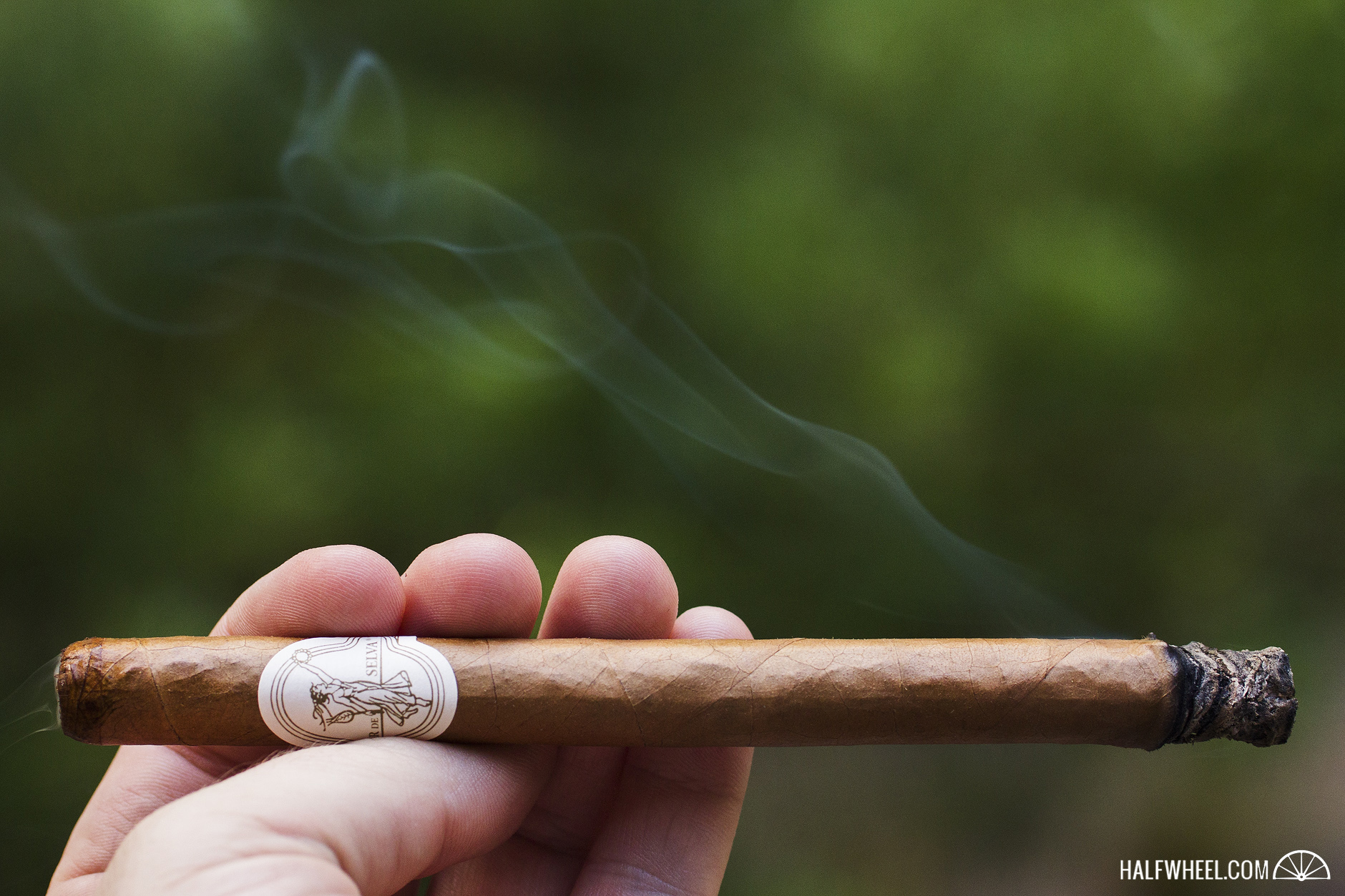 The buildup in strength that I remember while smoking the Flor de Selva No. 20 for its original review is still present here, as the flavors continue to intensify gradually until reaching a peak at the start of the final third. While there isn’t much in the way of flavor transitions, there is plenty to be found—and like—in the way the cigar has built its strength up, and it is certainly not the same cigar that it was in the first third. One noticeably lacking characteristic is the nicotine content, as I never felt the physical effects from the No. 20 that I felt originally. The result is a somewhat more enjoyable journey to the nub as the heat remains a non-factor and notes of toast, coffee and just a bit of terroir from the tobacco closing things out.

While I'm not sure that I like the Flor de Selva No. 20 more today than I did back in October, I like it at least as much, particularly in the first two thirds. The balance is still solid, the impression on the palate is still very favorable, and the construction is fantastic. I'd love sturdier ash and a bit more of a ramp up in strength during the final third, but most importantly I know I'd like to smoke another one at some point in the future.