At the 2016 IPCPR Convention & Trade Show, Meya Selva Cigars introduced the box-pressed vitola in the company’s Flor de Selva Maduro line. Named the Grand Pressé, the new regular production cigar is a 6 x 56 toro extra that is packaged in boxes of 10—a first for the line, whose other four vitolas are all sold in boxes of 20—and carries a retail price of $11.75 each.

“After assessing our portfolio, and analyzing the field as to what niche we had yet to cover, we came to the determination that a ‘prensado’ was the natural choice to round out our maduro collection, especially due to to the enormous success of our Toro Maduro, released at last year’s IPCPR trade show in New Orleans, LA.” said Gabriel Alvarez, U.S. director of sales at Flor de Selva, in a press release. 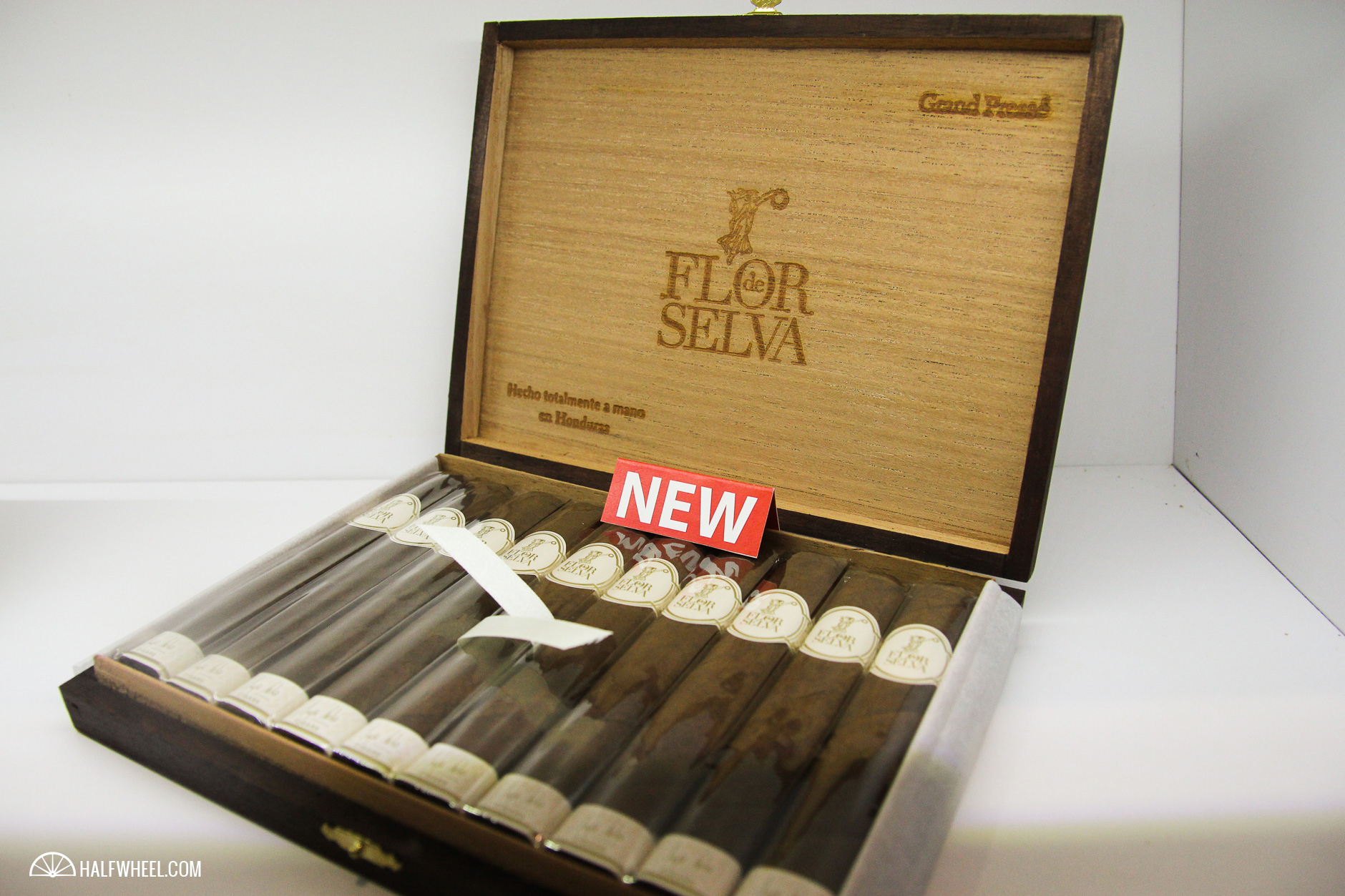 In terms of blend, the Flor de Selva Grand Pressé Maduro utilizes the same tobacco that is used in the rest of the Flor de Selva Maduro line: a habano wrapper from Honduras covering a Brazilian mata fina binder and filler leaves hailing from the Jamastran region of Honduras.

With the addition of the Grand Pressé, there are now five vitolas in the Flor de Selva Maduro line: 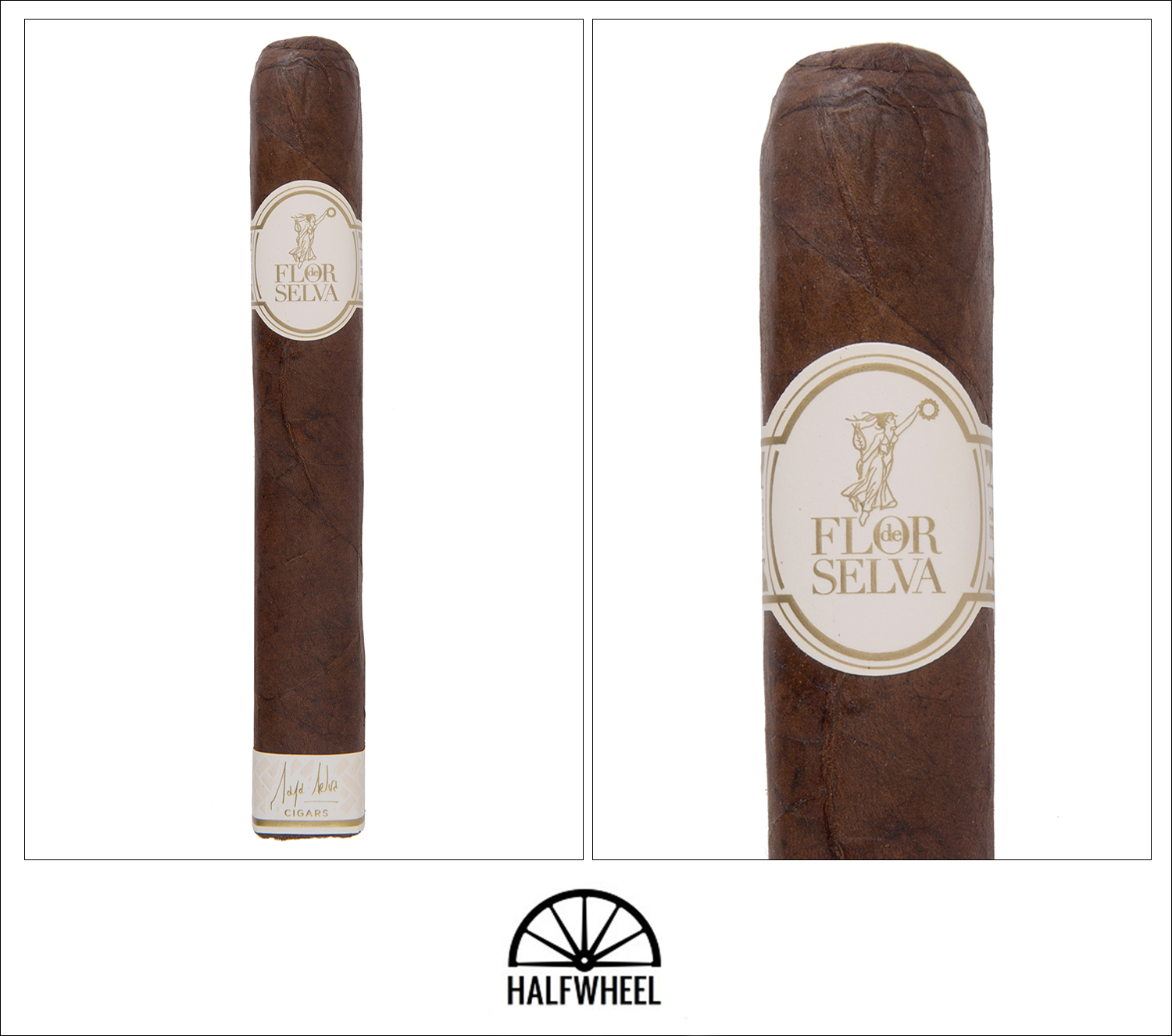 The Flor de Selva Grand Pressé Maduro is quite striking in your hand, with a dark espresso brown wrapper that is almost parchment-esque when touched, despite the multitude of veins that are present. The cigar has an obvious soft-box press, and there is just a touch of oil visible as well. Aroma from the wrapper is a combination of strong manure, hay, dark chocolate, oak and earth, while the cold draw brings flavors of creamy oak, barnyard, leather, baker’s spices and raisin sweetness.

Starting out, the Grand Pressé Maduro features a very obvious combination of dominant flavors, including spicy chocolate and oak, followed by notes of gritty earth, dry tea leaves, roasted coffee, almonds and baker’s spices. The raisin sweetness from the cold draw is easily decreeable on the retrohale, where it joins some nicely integrated black pepper that seems to be getting stronger as the first third continues. Construction-wise, the draw is a bit spongy after a simple straight cut—albeit well within normal levels—while the burn is very close to razor sharp so far. The smoke production is about average, and while the strength takes a bit to get going, it ends the first third well on its way to the medium mark. Both the black pepper and the raisin sweetness notes on the retrohale continue to get stronger as the second third of the Grand Pressé Maduro begins, combining nicely with the dominant flavors that still include spicy dark chocolate and creamy oak. Other notes of leather, hay, earth, cinnamon, dry tea leaves and a bit of floral flit in and out, and there is just a tiny amount of spice on my tongue that was not present in the first third. The draw has opened up nicely by the halfway point, and the burn continues to impress, while the smoke production remains at avery average level. Strength-wise, the cigar does finally hit a point close to the medium mark any the end of the second third, but does not seem to be going any further anytime soon. The final third of the Flor de Selva Grand Pressé Maduro is dominated by the same creamy oak and slight spicy dark chocolate flavors that have been at the forefront for the entire cigar, but unlike the first two thirds, the rich raisin sweetness on the retrohale has disappeared almost totally, throwing the balance of the entire profile off kilter. There are sill some lesser flavors of espresso beans, leather, earth, almonds and floral, but they are less distinct now, and don’t have near the same impact as before. Smoke production increases a bit, the draw remains good, though the burn becomes a bit wavy, albeit, never requiring a correction. As expected, the overall strength level ends up where it started the final third just south of the medium mark by the time I put the nub down with less than an inch to go. While I was impressed with the Flor de Selva Grand Pressé Maduro, I really wish the raisin sweetness that was so prevalent in the first and second thirds had stuck around, and it is no coincidence that there was a downturn in my enjoyment in the final third when it was not present. Having said that, the dominant spicy Mexican chocolate and creamy oak notes were distinct, and the construction was very good overall, making this an easy cigar to recommend trying.