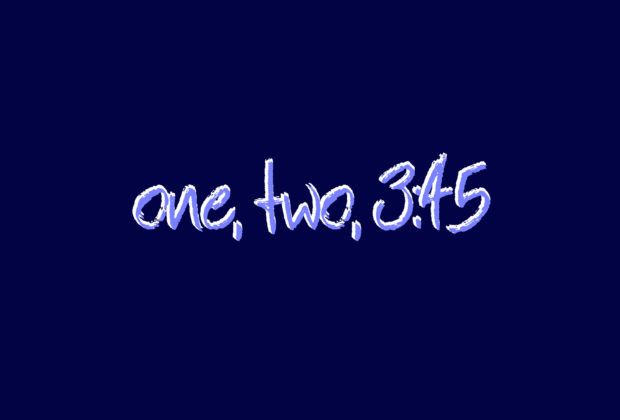 The First Half Decade (Programming Notes)

It’s that time of the year.

On midnight, Jan. 1, 2012 I turned on halfwheel to the public. While very little of halfwheel’s origins haven’t been told, I can add some technical aspect: it was actually 9:00 p.m. on Dec. 31, 2011—at least local time, because I was on the west coast. But it was midnight eastern time and with that my life changed forever.

Over the last five years, halfwheel has published 7,360, or over four posts per day, a number that I am admittedly somewhat surprised at, even today. As has been stated many times before, our goal was to create the cigar blog we wanted to read, and a big part of that meant publishing multiple articles per day something that quite simply was not done by anyone in the industry on a consistent basis in 2011.

I think it’s safe to say there’s been quite a few successes—The Consensus, halfwheel.com/fda, IPCPR coverage, coverage of festivals, that time Brooks reviewed the Femur—but there’s been a few failures. The forum is no more and never really worked, we still haven’t found a successful way to do video on a regular basis, there was a book concept that went nowhere and I’m sure there’s quite a few things that my brain has blocked out.

However, there are three things that I am incredibly proud of.

1. We’ve published well over 1,000 reviews since halfwheel launched—and we are still doing it honestly. There are some that take the Consumer Reports approach to advertising and reviews, i.e. you should take no ad dollars from people whose products you cover, but it would be challenging from a business perspective for anyone in our industry to do that and make a living. Yes, cigar companies advertise on halfwheel; yes, we get samples of cigars, although less than 50 percent of the time and declining; but we also have published dozens of ratings 70 or below—many times from cigar companies that advertise and send cigars in for free.

In five years, we’ve been able to review cigars honestly. And while a small percentage of you will always be skeptical for one reason or another, I can assure you that manufacturers of cigars don’t think we can be bought off. Some have tried, all have failed. Fortunately, the implicit and explicit bribery attempts have mostly stopped. Manufacturers understand that halfwheel will do whatever halfwheel does and there’s little that can change the process.

Many times people will not agree with our reviews, or even our scoring system. And that’s fine. But I’m hopeful that when you a read a review on halfwheel you know that you are getting exactly what we think, nothing more; nothing less.

2. We’ve published thousands of news stories and while there are occasional times in which we miss some of the details, we are very rarely wrong. When halfwheel first started there was plenty of baggage to cigar news. Some of it was directly my fault. While TheCigarFeed was responsible for breaking a variety of big stories, there were times in which I got it completely wrong. We made a concerted effort to change that at halfwheel. It means very little juicy gossip—almost none outside of Ten Questions—and means a dozen or so times a year someone beats us to a story we knew about, but can’t confirm. But it also has meant that halfwheel isn’t associated with gossip and speculation.

If you would have told the collective cigar industry that five years from 2012, blogs would no longer be a source of rampant inaccuracies and gossip, I think many would have laughed. It was a much different time in 2010 and 2011, perhaps a necessary time for the evolution, but certainly one that needed improvement and I’m glad we’ve been able to improve to the point where our word regarding news means as much as our older print colleagues.

3. Finally, I would be remiss if I didn’t mention the halfwheel team. The four members of the halfwheel team have been the same since March 2010. There’s something to said about consistency, but this article is already lengthy enough for my hangover and I have gone over this before. Just know this: there are four people that make this site happen and it would be very different without anyone of them.

For our readers, I thank you immensely. You are why we do this, why we get to do this. I’m always amazed when I meet people and they tell me that they go to halfwheel everyday. I’m glad we’ve been able to bring enjoyment to your life for the last five years and I look forward to doing it for another five years, at least.

As is tradition, the first week of the year is referred to as Holy Grail Week. It’s less and less about holy grail cigars—as we’ve begun to run out of candidates—and more about weird things or cigars people have never heard of. So, for the next seven days, enjoy some interesting reviews.

For those wondering about our awards, it will happen a bit later this year than normal due to how things are scheduled:

In closing, I will repeat what I’ve said plenty of years before. Go into your humidor, pull out that rare cigar. No day is as good as this one to enjoy a cigar like that and if you need something to read, please enjoy halfwheel‘s very first article.